Giving adjectives to cities has always been one of the main tasks of planners, politicians and architects. As storytellers for inspiring policies, they frequently make use of peculiar adjectives. The use of terms such as ‘organic’, ‘garden’, ‘creative’, ‘smart’ and ‘healthy’ gives meaning to the city, turning its built surface into a living phenomenon with its own dynamics and metabolism.

These terminologies always link to certain utopias of the time. In the early 20th century, the garden was a powerful metaphor that inspired city and regional planning. As Mumford asserted in his History of Utopias, the garden (and later the larger idea notion of suburban living) was a subtle abstraction of the imaginary of the puritan country house. The ‘creative’ city, a more recent example, similarly links to an ideal of economic growth, based on the utopia of human intelligence as a driver of progress. The ‘organic’ city, as it is used in Amsterdam’s current development strategy, refers to a contemporary dream of a possible symbiosis between human kind (and its production system) and the world of nature. 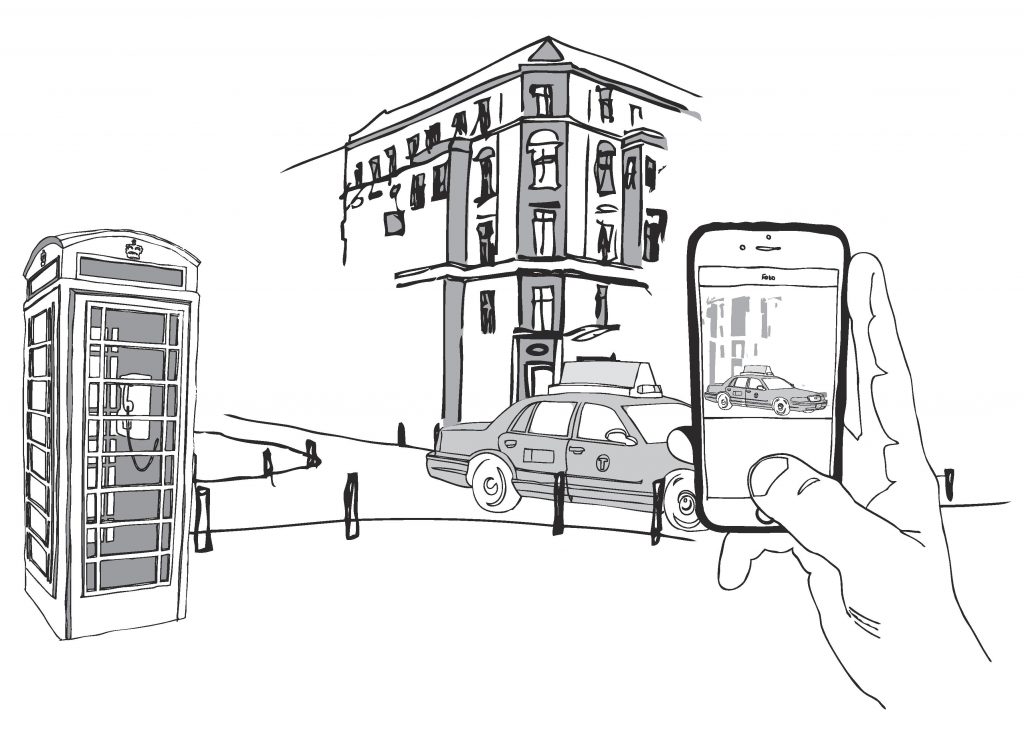 “Urban space is consumed instead of produced, as a narrative for economic relations that have little to do with the complex, diverse and disordered urban life itself.” – Illustration: Oskar the Illustrator

Throughout history, urban observers of all kinds have made sense of urbanization through metaphorical narratives. In the Production of Space, Lefebvre explained that space is actually produced through the combination of material space, practices and symbolic-rhetorical elements. Storytelling produces the city to the extent that it gives meaning to its material sphere and fabric. This meaning is a necessary condition for any complex social relations to exist. Moreover, as any meaningful object, symbols and narratives constantly change, as they reflect particular time-bound configurations of urban power. In Lefebvre’s revolutionary conceptualization, any political action, which proposes new ways of living must be supported by a careful building of new meaningful narratives, bounded to the lived space of the people.

Something seems strange in today’s urban narratives however, where in my opinion a peculiar new narrative is emerging. The city is no longer produced through particular imaginaries, but it is itself becoming a narrative to produce spaceless economic relations. In this way, urban space is consumed instead of produced, as a narrative for economic relations that have little to do with the complex, diverse and disordered urban life itself. The notion of ‘urban’ is becoming increasingly used and abused as a meaningful narrative in and of itself.

The relation between rhetorical elements and urban space, as outlined by Lefebvre, seems distorted when urban space turns into the adjective for any kind of human or economic relations. The city is becoming a unitary rhetorical element used by corporations, architects and planners to build a new idea of urban space. This is a fundamental oxymoron, which nevertheless appears to be very effective in opening up new markets, new economies and supporting the consumption of new experiences. The urban is used to enrich spaceless relations of consumption within the new economy of lifestyles.

Walking around Amsterdam, Paris, Milan, as well as much smaller cities such as Lancaster, or Kendal in the UK (a tiny village on the English lake district I visited recently), one inevitably comes across a shop, café or restaurant that portrays its products as ‘urban’ or somehow expressions of the city. In Amsterdam we find shops like Urban Outfitters and Urban Chocolate, which sell clothes and food. We see large advertisements of new residential projects, which depict the experience of being in the city as the full realization of the true individual urbanite. We also see cafés that make reference to other cities considered even more urban than Amsterdam, such as New York or Tokyo. We see urban Thai street-food restaurants selling westernized curries at inflated prices. And, we see IBM, Cisco and Philips advertising innovative ‘urban technologies’ in their campaigns for smart cities. 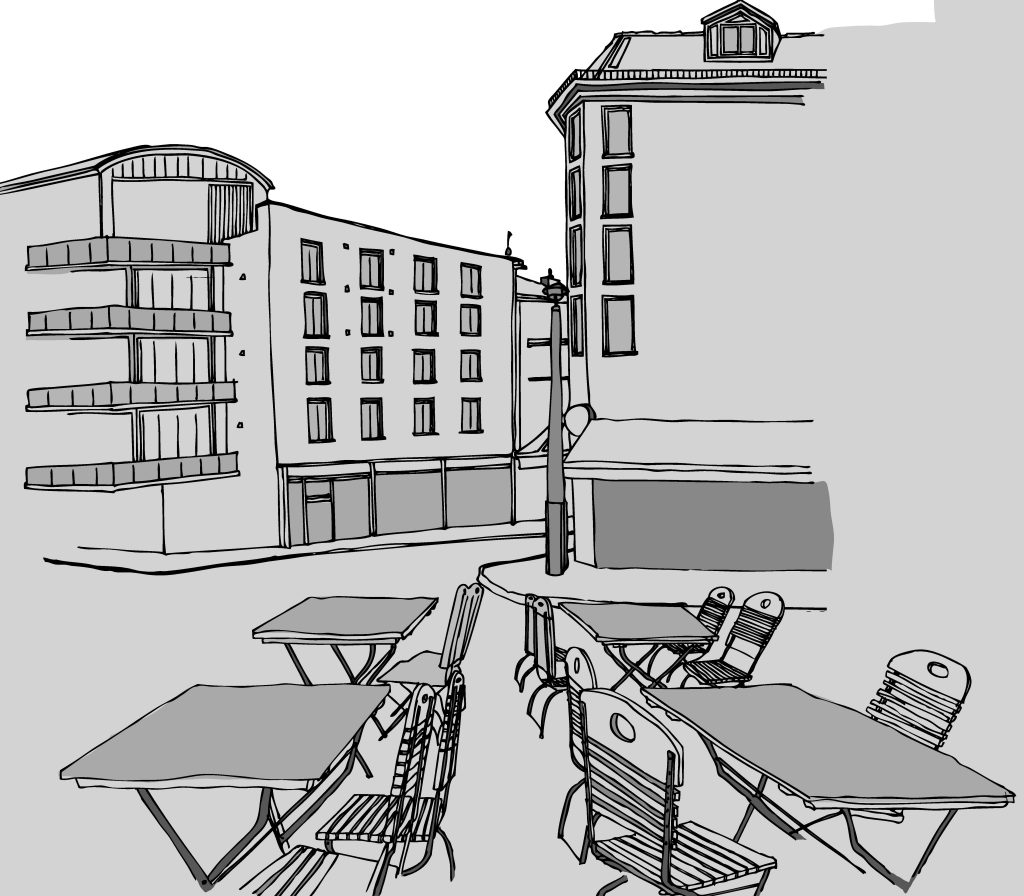 “We see cafés that make reference to other cities considered even more urban than the city they are in, such as New York or Tokyo” – Illustration: Oskar the Illustrator

These forms of consuming ‘the urban’ show certain common traits. First, the urban is being detached from the city. There is usually little or no reference to a particular city, metropolitan area or region. This allows customers to ‘consume’ the urban in their own way, by attaching to this word a cityscape of their own background. When they do so, new practices of economic investment occur, like, for example the Amsterdam-based marketing campaign of local neighbourhood namesprinted on T-shirts.

Second, the urban is being homogenized. While the city has historically been associated with heterogeneity, in the current context the label ‘urban’ is instrumentally used to foster highly specific activities at specific locations (i.e. commercial activities in city centres). Thus, paradoxically, in the metaphorical use of ‘urban’, its connotations of heterogeneity are effectively reframed to mobilize a diversity of consumers towards homogenous consumption practices.

Third, and more importantly, the non-specific use of the urban as a product or experience inevitably and subtly marginalizes possibilities of a non-urban life. As everything gets attached to this all-encompassing notion of the urban, what is left becomes excluded from any socio-economic relations. This is why nowadays we even have to look for urban-farmed tomatoes to feel local or sustainable, and why we frame agriculture as ‘urban’ to give meaning to the agricultural land around our cities.

In this adjective use of ‘urban’, the urban is emptied of any spatial meaning and specificity of place, thereby becoming vague and elusive yet somehow attractive. As such, ‘the urban’ is an appealing notion for consumer markets, spatial policies and cultural economies. The paradoxical consequence of this uncritical consumption of the label ‘urban’ is that it loses its meaning for social relations, exactly as any object loses its value when it is over-produced and over-consumed.

Federico Savini is Assistant Professor in Urban Planning at the Department of Geography Planning and International Development Studies. He has a broad socio-political approach to land use planning and urban development. His work focuses on urban politics, land use regulation, public-private negotiations in urban projects and participatory forms of technology driven urbanism. 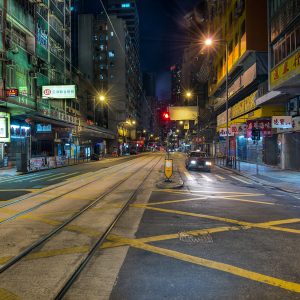 The following stories are from Third Street in the Sai Ying Pun neighbourhood of Hong Kong. For a longer tour, see the television...
© 2012 - 2019 The Protocity.com. All rights reserved.
Back to top