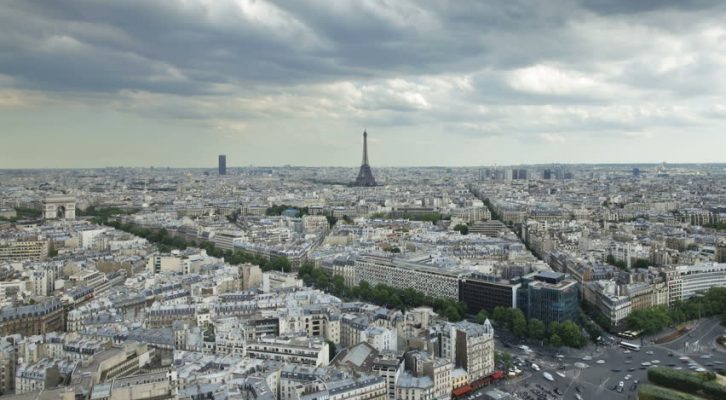 Increasing urban population causes many frictions and problems which are not easy to deal with. Through the course of history various migration waves, economic activities and social struggles evolved and expressed themselves in the development of the urban fabric. Even though this does not always occur similarly in all cities, variegated and destabilising effects often can be observed, polarising the urban society. In this article, a comparative urban analysis will be conducted between Paris and Luanda, two cities that both offer interesting cases to study these phenomena. After a brief contextualisation of each city, a link is established between historical events, such as the colonial power structures, and evolving urban developments. Special attention is drawn to suburban expansions, socio-ethnic spatial segregation, and private-led urban development.

Paris and Luanda are both capitals of one of the largest countries of their respective continents. Both had very divergent histories, but today they have become mega-cities with respectively 11 million (16.5% of country) and 8 million (25% of country) inhabitants. Whilst Paris was, for a considerable part of its history, the centre of control over many other countries, Luanda was a colonial city under Portuguese rule. Today, both cities form the main hub of economic activity of their respective country, accounting each for about one third of the national GDP.

Urban development as a historical continuum

The Portuguese colonial rule over Luanda lasted from 1576 to the Angolan independence in 1975. The very reason Luanda originated as a settlement in the first place was not a local one, contrary to many European cities, but a global one. It neither the physical characteristics of the region nor economic incentives that pulled the inland population to settle on these lands. Rather, it was the sixteenth century Portuguese eager and rage in competing in the world economy that gave origins to this city. Initially, it was the slave trade that made Luanda an important harbour on the West African coast. In the 19th century, after the abolishment of slave trade and the Berlin Conference, another scenario emerged: The possibility that the Baía de Luanda could serve as a gateway to the West African inland revealed opportunities where even the most relentless colonialist could never dream of. The initial development of Luanda from the 16th until the 19th century needs to be seen in context of a lifting global economy based on the exploitation of foreign land and resources. Its relevant position in the early modern world is one closely or even exclusively related to slave trade and plantations of exotic goods such as rubber, cotton, and coffee. Today, other goods characterise the Angolan economy. Oil and diamond extraction, still depending on cheap Angolan labour and controlled by multinational corporate structures, form Angola’s main source of income. This colonial past is essential for understanding how initial economic links were established between Angola and other parts of the world. Nowadays, the reason why companies are located in Luanda is often solely linked to the oil and diamond industry and the housing development sector. These yield huge amounts of profit, regularly at the expenses of the Angolan population. 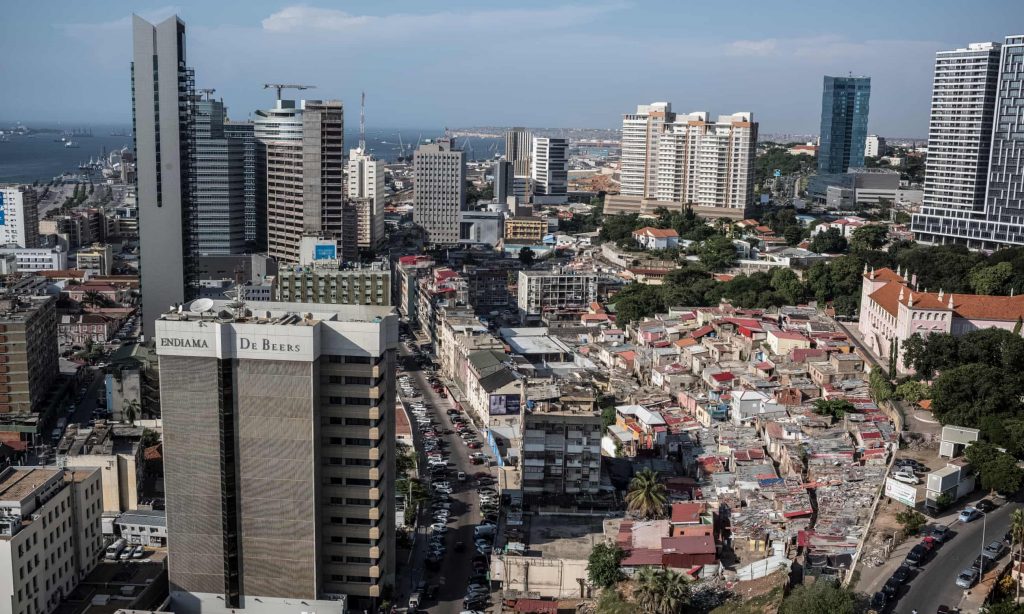 As for Paris, its origins do not lie in the occupational desire of Western hegemonies. Relatively soon after its foundation in the 3rd century BC it has been functioning as a capital for its region, forming one of Europe’s most central and dominating cities, while having the largest population of all European cities for almost its entire existence. In the early 16th century France started to explore the world in search for new trade routes, resources and wealth. During their colonial period it managed to gain control over numerous countries spread over almost every continent. The profits it reaped did not only benefit the king and the bourgeoisies’ luxurious lifestyles, they also were used to realise Paris’ monumental grandness with its magnificent boulevards and glorious architecture. Moreover, links with its colonial past are maybe as important as for Luanda, however, in an opposite way. Today, Paris is still one of Europe’s largest metropolitan areas with many important banking, financial and fashion institutions headquartered.

Both cities are important players in the world economy, but for different reasons. The recent economic growth in Angola was almost exclusively based on oil (and diamond) export. Together with the legacy of the colonial trade history, it makes Angola – and Luanda as its core – very dependent of foreign economies. The success of Paris today, however, does not depend on the extraction of resources from its hinterland, but rather on the extraction of resources from France’s ex-colonies and, in a more recent phase, on the position it obtained in being an important hub for the world’s largest companies in the tertiary sector.

Even though Luanda experienced an industrial expansion in the period after WWII, its main population growth occurred after Angola’s independence in 1975. It was also during the last decades that main urbanisations took place. Due to the civil war, which affected inland Angola the most, many (poor) people migrated to Luanda and started occupying areas around the central city, searching for a better future. The high growth rates only tempered around 2015 but are still soaring population numbers to an expected 14 million in 2035. This lies at the core of many present issues in the city. Because there was no control on urban development during the civil war, major parts of this rapid urban expansion happened in an informal way, both in the centre and in the peripheries, resulting in huge slum-like areas – tolerated, but without the state guaranteeing any kind of infrastructure or provisions. At the same time, initiated by the booming oil and diamond sector, a both state-led and privately-managed modernisation of the centre started, with big construction works such as the port and the airport. This polarised urbanisation caused the already existing segregation patterns from the colonial period to pronounce themselves even more, intensifying the differentiation between the rich and white city centre and the poor and black urban fringes. Segregation did not only occur on the metropolitan level, but also on a smaller scale within the city centre. This polarised socio-ethnic spatial pattern marks today’s society: It is estimated that almost 80 percent of the urban population lives in informal, often self-constructed homes (slums or musseques) with very bad living conditions, while the average cost of a two bedroom apartment for expats in Luanda is around $6600. Besides, Luanda was ranked as the most expensive city for expats in 2017. 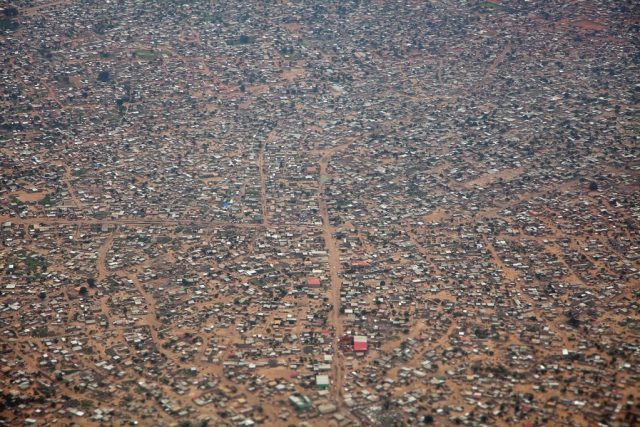 Slums in the peripheries of Luanda, also known as musseques (picture by Sam Seyffert, Flickr)

Contrary to the urbanisation of Luanda, Paris started to urbanise centuries before and sub-urbanisation already took place from the 1850s. Before the end of the 19th century, and more explicitly since the beginning of the industrialisation period, the living-conditions in central Paris were very poor, with high population densities and insufficient infrastructure bolstering up diseases, pollution and crime. This changed after the Haussmann interventions by the end of 1860. Haussmann’s plans comprised a total clean-up of central Paris, steered by a hidden agenda of state control and social cleansing as reaction to the ongoing nineteenth century riots. Simultaneously, due to the arrival of both domestic and foreign migrants pulled by high labour demands in Paris, the periphery started urbanising. What is now known as les banlieues is often characterised as another reality of the Parisian metropole. These originated as a response to a housing crisis at the end of the 19th century. Self-organised, often illegal, bidonvilles rose up, mirroring the conditions of pre-Haussmann central Paris. In a later phase, after WWII, many cités were built by the state as answer to another wave of mostly African immigration. Although the physical condition of the banlieues today is better than the bidonvilles a century ago, these segregated neighbourhoods still face problems such as crime, unemployment and social exclusion.

Moreover, Paris underwent a period of uncontrolled housing development, caused by the arrival of migrants and the insufficiency of the state to answer on housing shortages. Marginalised banlieues in contrast to a modern, luxurious city centre are the result. Strikingly, for Luanda this process is still ongoing, with the differences that the major part of the arriving migrants are national migrants and that the state has far less means to provide any kind of infrastructure. 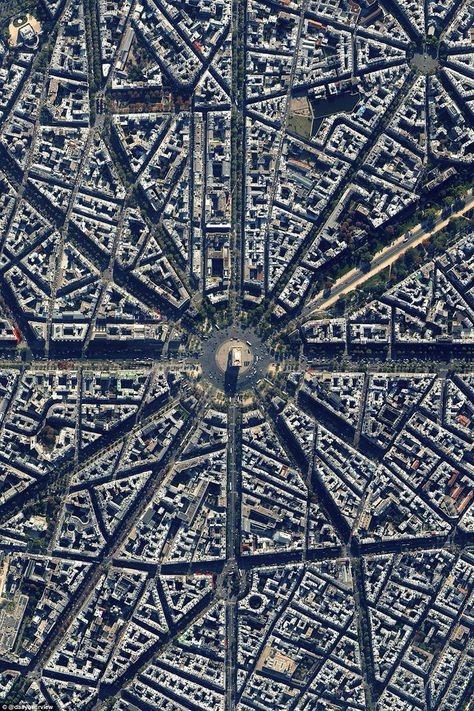 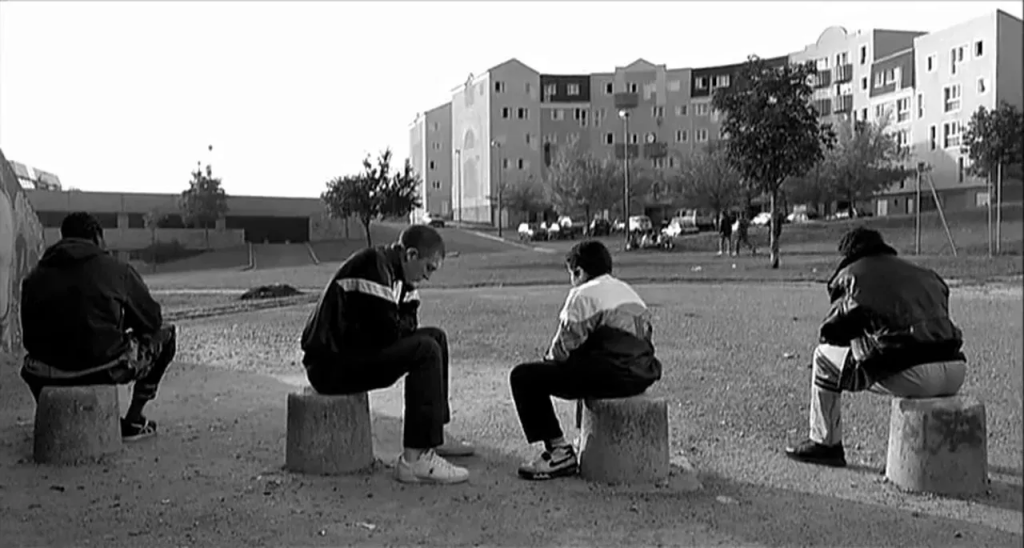 Nevertheless, uncontrolled, self-organised urban expansions in Paris are still less present than in Luanda and occurred only significantly until the 19th century. After the Haussmann period, urban development in Paris was as a general rule precisely regulated and planned. In Luanda, it seems that urban development is either carried out illegally but tolerated, or outsourced to foreign stakeholders who target a more affluent part of the society. In the latest years, Chinese and Brazilian companies, which are closely linked to the Angolan oil industry, are realising private-led infrastructure and real estate projects. Development works such as the New Luanda Angola Airport, the Kilamba residence project and the Luanda waterfront development raise questions on both their social and environmental sustainability, as they might serve only a particular segment of the Angolan society and could have serious environmental impacts.

The two cities show very divergent histories with very different processes going on. Simply due to the fact that France was a colonial power and Angola was a colonised country, the path for the urban development of the two capitals has been unfolded differently. Even though both cities have a prominent position in the global economy, it is for different reasons. However, in the last decades, some similar processes can be observed, although occurring over different timespans. Urban expansions due to migration have in both cities occurred in an uncontrolled way, affecting initially the city centres and, at a later phase, the urban peripheries. These processes paved the road for unequal developments which consequently resulted in socio-ethnic segregation, social exclusion and poverty. Both cities are dealing with urban development in different ways, but the role of private-led investment is becoming more persistent and its implications should be taken into careful consideration.

NB: The featured image on top of this article comes from GHProductions.

Lennert Verhulst is a Belgian student doing a Master’s degree in socio-economic geography at the University of Ghent, Belgium. Currently he is doing a dissertation on urban neighbourhood dynamics in the context of gentrification, touristification and real-estate investment and their consequent effects on public space and territorialisation processes in the neighbourhood of Alfama, Lisbon, Portugal. His interests stretch to a broad range of topics such as urban development, segregation, housing, and soundscapes. 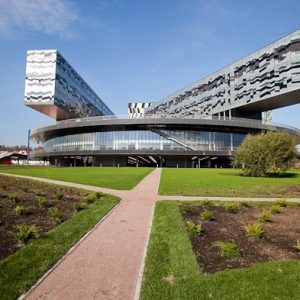 Despite the wide gap of the historical-institutional contexts of Moscow and Lagos, a neoliberal urban planning logic derived...
© 2012 - 2019 The Protocity.com. All rights reserved.
Back to top