Capital cities generally have a prominent role within their countries as they assemble the representative and political functions of a state. In many cases these functions go hand in hand with a leading position within national economic, cultural or financial structures. This blog-post analyses how these functions shape the appearance and structure of cities by comparing Mexico City and Washington DC concerning their recent expansion and growth, socio-spatial-inequality and the global economic and political connectivity. It is argued that different core-functions play a significant role in the development of differences and similarities between the two cities.

First of all, in order to compare Mexico City and Washington DC, we need to notice the huge differences in terms of size and population. Mexico City had a population of around nine million in 2016 and ranks within the world’s biggest agglomerations as the metropolitan area accounts for around 21 million people (2020). Washington DC with its 700.000 inhabitants (2018) is, in contrast, only listed as the 20th most populated city in the USA. While the population within the city was even shrinking between 1950 and 2000, it was the metropolitan area of Washington DC that experienced a massive growth from around 660.000 in 1950 to more than 6 million inhabitants in 2018. This development can also be witnessed in Mexico City, where mainly the conurbations experienced a massive growth of population since 1990 while eight out of sixteen boroughs in the city centre were shrinking. Both cities were thus shaped by migration from the core towards the suburbs in the metropolitan area – a phenomenon that Martha Pskowski named “peripheralisation”. 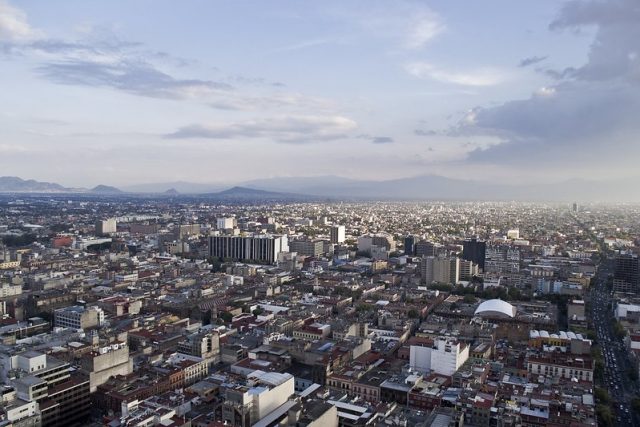 As the following analysis will show, the metropolitan area of Mexico City thereby draws rural-urban migrants because of its central function as the most prominent economic, political and cultural centre within Mexico. Washington DC in comparison is mainly attracting young academics due to its political core function – namely the expansion of the federal government and administration. Since the 2000s the city councils of Washington DC and Mexico City started to react to the respective processes of “peripheralisation” by fostering the gentrification of central city districts. Mexico City’s government started the Bando dos project, aiming at the repopulation of central districts through tax exemptions for example. In Washington DC the local development mainly focuses on young high-skilled migrants who are settling in the city centre, demanding services like bicycle lanes, clubs and bars.

Since Mexico and the USA are both ranked amongst the most unequal countries worldwide, Mexico City and Washington DC experience a high rate of social and financial inequality. While Mexico City mainly faces fierce inequality when it comes to financial resources and living conditions, the population in Washington DC is historically divided by racial lines.

Socio-spatial inequality in Mexico City mostly appears in the form of segregation between rich (single-household) districts nearby the city centre and poor informal settlements located mainly in the north and east of the metropolitan area. As a result of its function as economic centre, Mexico City is being shaped by large-scale migration of low-educated workers, who predominately settle in arrival neighbourhoods at the city’s outskirts. Additionally, the ongoing process of gentrification pushes poorer people out of the core city since they cannot afford the rising rents, leading to a further upsurge of socio-spatial inequality.

Unlike Mexico City, where socio-spatial inequality has increased massively since the 1950s, Washington DC has been divided by racial lines since its foundation, as it was a place of refuge and hope for many slaves and Black people before the abolishment of slavery. The White, Black and Latino communities live mainly segregated in their own districts, leading to the fact that “Washington D.C. is America’s fifth most segregated city. Its demography can be divided by drawing a straight line through its centre. The east is home to black residents, while the west is largely white”. This spatial segregation not only manifests the economic inequalities between the ethnic groups but also leads to racist prejudices and social tensions between the communities. These tensions were further increased as a result of gentrifying measures from the municipal government, which may push poor Black communities out of their traditional districts. Unlike poorer people in Mexico City, however, Black communities in the USA are better organised and are entitled to basic rights, which give them (at least for the moment) the possibility to oppose these developments. 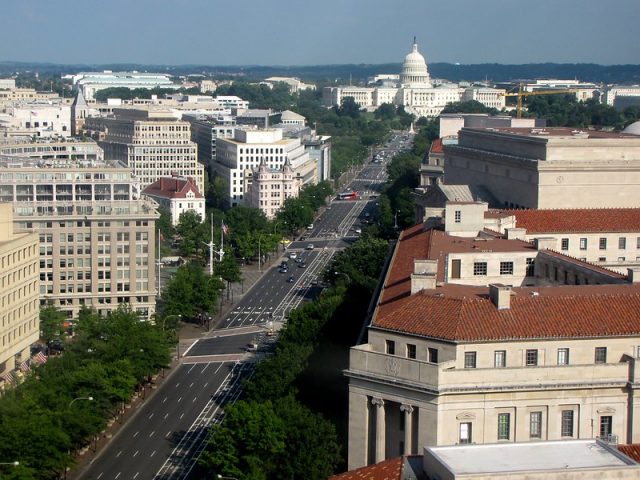 View on Pennsylvania Avenue and the Capitol in Washington DC, picture by Ben Schumin, flickr.

Even though socio-spatial inequality is prevalent in both cities, two main differences can be observed: In Washington DC inequality exists mainly due to historic and political reasons and can be witnessed mainly within the core of the city-centre, where the highest percentage of poor people can be found. In Mexico City, however, poverty rates are highest in several metropolitan districts, thus further away from the core, while they emerged due to (mainly economically motivated) large-scale rural to urban migration movements within the last 50 years.

Since the 1980s, Mexico City attempted to boost its global connectivity massively and aimed to attract different international firms and banks in order to provide a broad range of Advanced-Producer-Services (APS). For this purpose, the traditional industries located in Mexico City were relocated to other Mexican cities, leaving enough space for the finance, insurance and real estate sector to grow. This also attracted vast amounts of Foreign Direct Investments in the 1990s, making Mexico City the uncontested centre of the national economy, connecting many Mexican companies to the world. Additionally, construction works at the new Texcoco International Airport were started in 2016. This huge infrastructural project was planned by two internationally known “Starchitects” (Norman Foster and Fernando Romero) and was supposed to make Mexico City one of the most important air traffic junctions worldwide. It can therefore be seen as an attempt of “Spectacular Urbanisation”, following the model of for example Dubai. However, even though already half constructed, the project was cancelled in 2018.

Unlike Mexico City, Washington DC’s economy was never based on manufacturing and industries. From its early days onwards, it is mainly shaped by the Federal Political Institutions. Employment at the Federal Government accounts for 43.4% of jobs in the non-agricultural sector, while additionally, the service sector mainly provides products for (international) political employees and tourists. Global Connectivity in Washington DC is therefore based on international and national political institutions like the World Bank and diplomatic representatives, whereas economic connectivity through APS can mainly be found in other US-metropoles like New York and Chicago.

Recent developments in Mexico City and Washington DC are both shaped by processes of “peripheralisation” in the metropolitan area, partly in response to the gentrification of central districts. These processes thereby seem to increase existing spatial inequalities by pushing poorer communities out of the city for the benefit of higher-income residents. While in Washington DC this inequality can be related to historic processes connected to ethnicity and the political function of the city, Mexico City’s inequalities are rather linked to economic drivers and differences. Furthermore, the city’s economic core function within Mexico leads to a continuous influx of urbanising migrants. Contemporary economic development and social structures in Washington DC, on the other hand, are mainly driven by the city’s political role within both the USA and the rest of the world.

The featured image on top of this article shows a view on Mexico CIty and the main commercial centre Santa Fe. Picture by 3mb.o (Flickr).

Lukas received a B.A. in History and Political Science at Heidelberg University in 2018 and is currently studying for a master’s degree in “Empirical Democracy-Research” at Mainz University. His main fields of study are free and fair elections, politics in Eastern Africa and Early Modern History. In 2019/20 Lukas spent an exchange semester at Ghent University, focussing on developments and conflict in Eastern and Central Africa.

Oof they lost me when they said Washington is a city of 700k, there are 10 million people within 60 miles of the White House. Using city boundaries for a city that’s greatly outgrown its 1790 boundaries is idiotic.

American city boundaries and metropolitan areas are not comparable to the rest of the world due to the massive, massive relative suburbanization of the US. Washington, DC isn’t even the biggest jurisdiction in the area, there are 4 suburban counties with a bigger population. Focusing on DC outside of the context of its metro area is missing so much as to be meaningless. 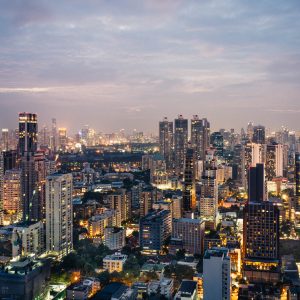 Many of the issues facing cities today are influenced by processes on a global level, but how they are experienced and dealt...
© 2012 - 2019 The Protocity.com. All rights reserved.
Back to top