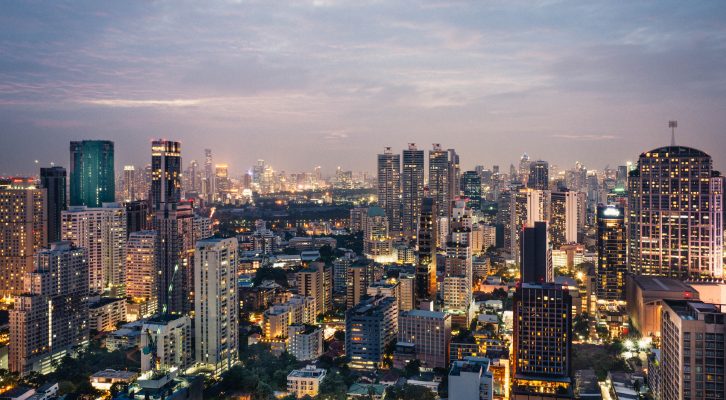 Many of the issues facing cities today are influenced by processes on a global level, but how they are experienced and dealt with are as diverse as the cities themselves. To further our understanding despite these differences, many have argued for the use of comparative urban research. The value of comparative research is found neither in fitting everything in the same model nor in considering everything to be unique. It is found by describing both the differences and the similarities thus leading to a greater understanding of either side. Toronto and Bangkok have been chosen as subjects to use this technique and to evaluate its potential. By looking at the way inequality proliferates in these cities, which share no discernible similarities at first glance, it is possible to learn about global processes and the way local context shapes their manifestation.

Toronto is a Canadian city located on the shores of Lake Ontario. As the country’s most populous city, counting 2.7 million inhabitants in the city itself and almost 7 million within the Greater Toronto and Hamilton Area, it plays an important role within Canada and the world at large. The city has always been defined by its popularity as a destination for migrants, be it from Europe in the 19th and 20th century or from primarily Asian countries in recent years. This has caused Toronto to be one of the most diverse cities in the world, with 47% of its population being immigrants. Economically speaking, Toronto saw a similar early development to its neighbouring cities surrounding the Great Lakes, characterized by manufacturing industry and Fordism. While this system failed in the second half of the 20th century Toronto’s economy successfully transitioned to being more service-based and to this day the city is a powerhouse within the Canadian economy. The city enjoys a strong international appeal with the headquarters of many multinational corporations located within its borders and attracting a consistently high number of foreign direct investments. Its diverse and economically sound status has earned Toronto the title of “Global City”, indicating the important position it occupies within the global economy. This notion has been graciously accepted and perpetuated by its administration. The political landscape has seen a dramatic shift in the last 60 years. Formerly known for its social programs and pragmatic tackling of urban problems, stagnation and a drift to the neoliberal right during the 70’s and 80’s led to a breaking point in the early 90’s. Several municipalities were agglomerated into the current city of Toronto which, according to critics, has led to city-dwellers losing influence in favour of conservative voices in the exurbs. 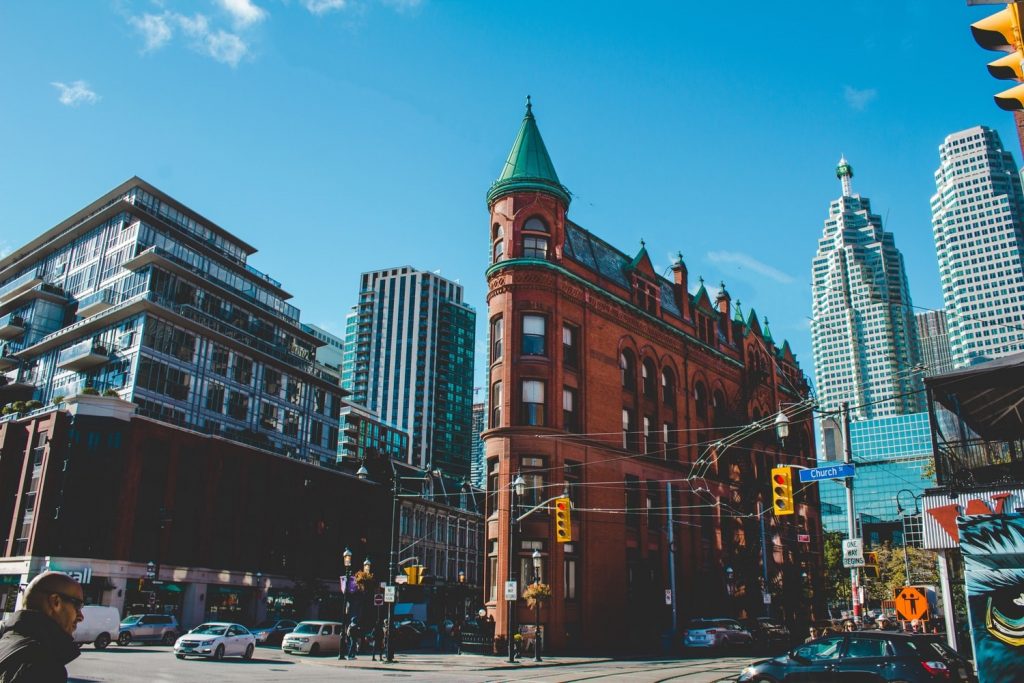 Bangkok is the capital city of Thailand and the country’s largest urban area by far. The latest official surveys estimate a total population of around 9 million inhabitants, but this figure can be misleading. The actual area that constitutes the city is larger than the administrative metropolitan region and there are also a considerable number of informal and seasonal inhabitants. Bangkok is a textbook example of a primate city, estimated to house half of the country’s urbanized population. The city’s immense growth started in the second half of the 20th century, when migrants from rural Thailand moved to the city in search of economic opportunity. The economic growth was fuelled by a blooming manufacturing industry with factories primarily located in Bangkok. The accessibility of the city’s port played a major role in this development as well as in the international interest the city has gathered. The commercial centre of the city is marked by multiple skyscrapers that were built by multinational corporations. Currently, the economy is still heavily reliant on the export of manufactured and retail goods although the service sector has been growing strongly in recent years. Next to this formal economy a large informal sector has also been instrumental for the city’s success. Politically speaking, Thailand can be described as a volatile country. There have been several coup d’états in its history with the most recent one occurring in 2014. 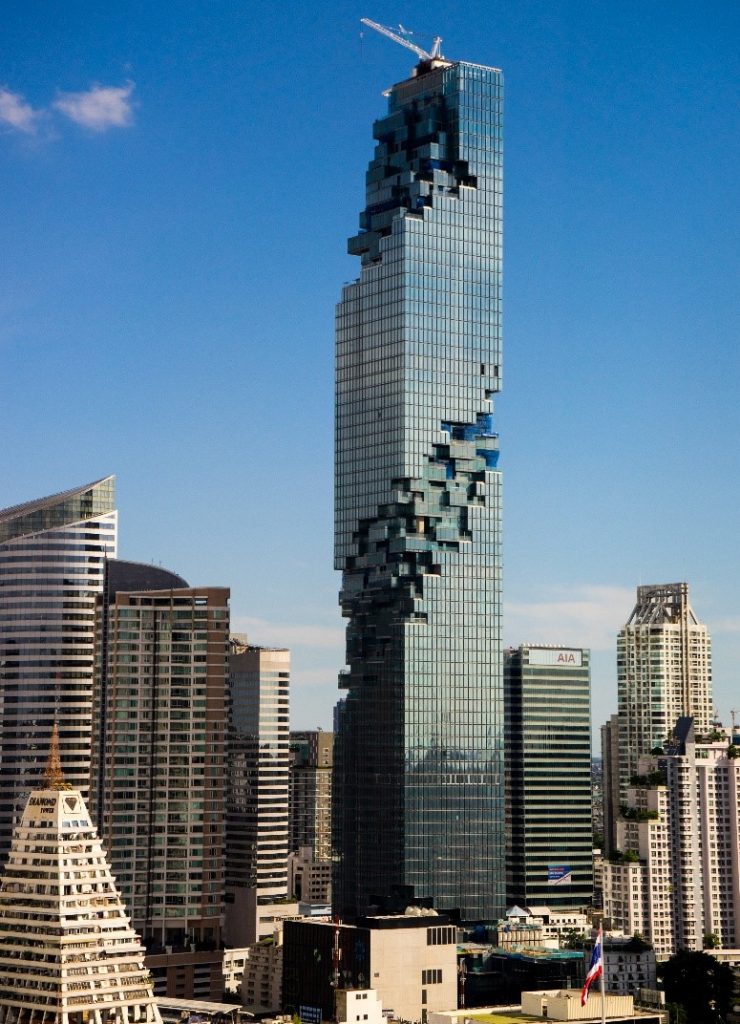 During the post-war period Toronto became known for its aptitude at solving urban problems, which led to it being lauded as “the city that works”. Somewhere along the line Toronto lost this status and nowadays the city is faced with a multitude of problems including rising polarization and inequality. This deterioration has been linked to three main causes. The first one is linked to the aforementioned institutional and administrative changes, which resulted in the loss of influence of inner city inhabitants, in favour of the conservative exurbs. Social problems like inequality cannot be solved if politicians refuse to listen to the people dealing with them. The second cause relates to the shift in political philosophy, with neoliberalism being the dominating trend currently. Policies regarding social problems are now characterized by austerity and a dismantling of the welfare state. The final cause is linked to Toronto’s status as a global city. The widening of the income gap and especially the way immigrants play into this are especially relevant to the situation in Toronto.

Inequality has proliferated across space in Toronto in the form of gentrification. The gentrification of the city centre has been going on for quite a while and a well-known example is the waterfront redevelopment project. It transformed a previously neglected part of the city into a thriving, albeit expensive, neighbourhood. The waterfront and other gentrified neighbourhoods saw a reduction in social diversity, with people from a lower economic class leaving the area. Gentrified neighbourhoods also saw a decline in hospitality concerning immigrants which is especially problematic given the high number of immigrants among the population. Immigrants, who tend to take on higher debts than Canadian born citizens, mainly live on the outskirts of the city of Toronto. In other words, the city’s geography of wealth is combined with a subsequent geography of debt. 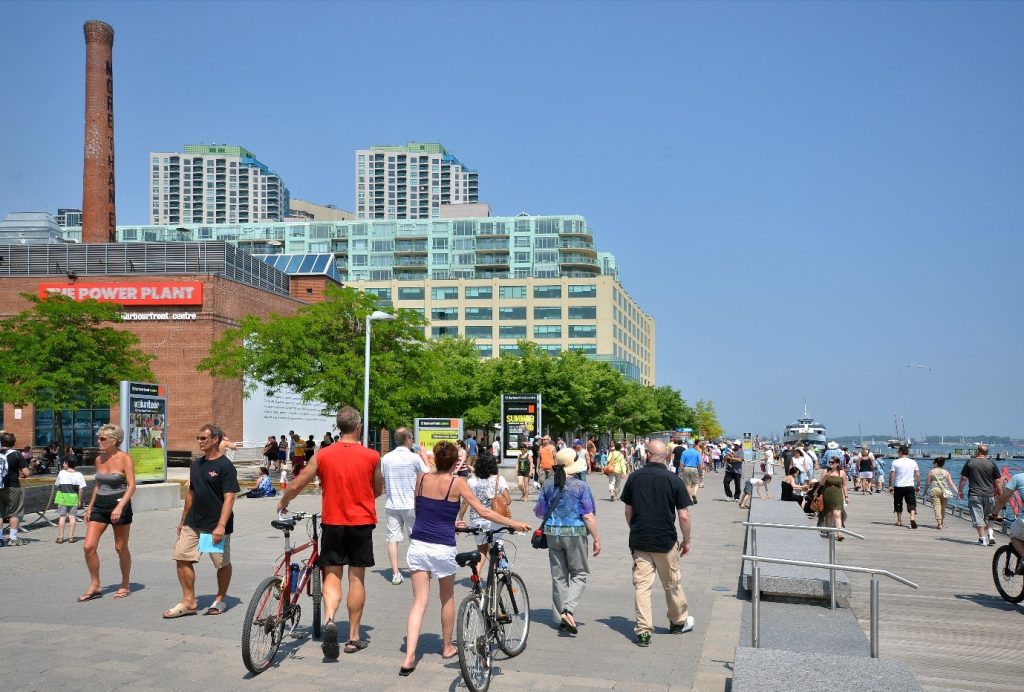 Toronto’s waterfront has been revitalized in recent years (picture by Waterfront Toronto).

Bangkok, and Thailand in general, is faced with severe economic inequality. The city’s Gini coefficient was estimated to be 0.48, which is one of the highest on the entire Asian continent. The causes for this divide are numerous but the rapid globalisation and economic growth coupled with a lack of effective social policies have been described as the most important drivers. The most egregious way in which this inequality is proliferated across space is the existence of slums across the city. Due to the housing crisis in 1997 low income inhabitants could not afford the housing that was built so they moved into informal housing. These slums are different to what is normally understood about slums which can be attributed to a cultural distinction. Thai culture values harmony and shies away from conflict. People who want to build their own house on a plot of vacant land just ask for the owners’ permission and it tends to be given if there is no immediate use for the land. This causes slums in Bangkok to be scattered throughout the city on small parcels of land. There is therefore no clear geography of wealth or debt, as opposed to Toronto, as slums are located amongst expensive and cheaper housing. 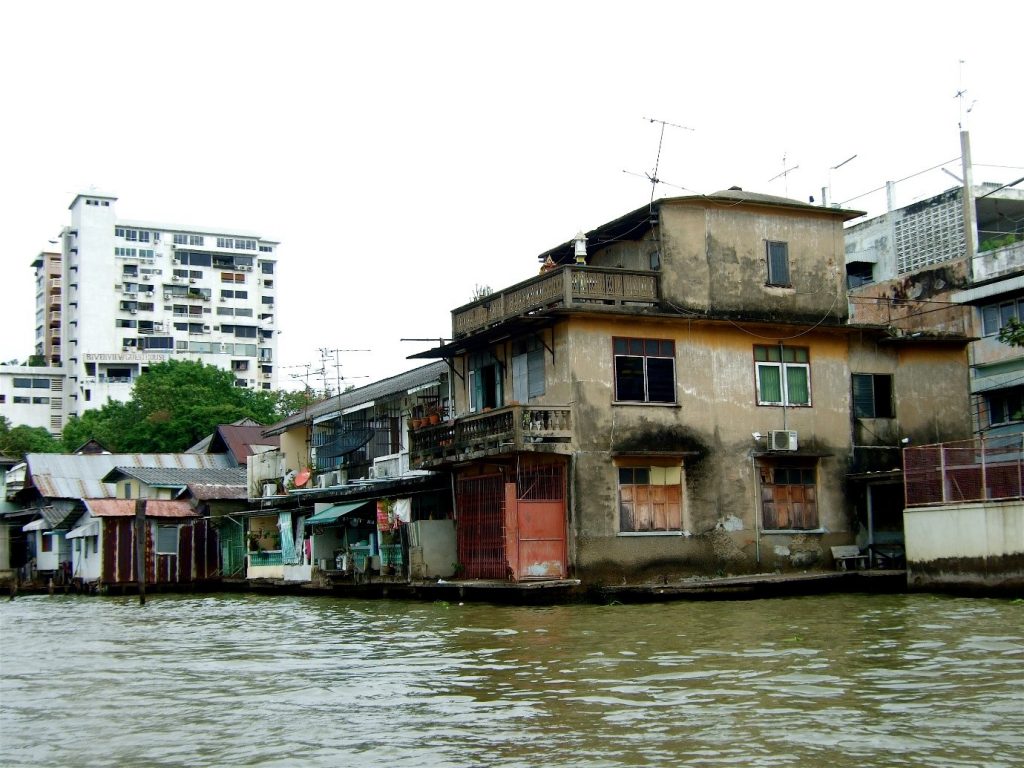 Both the differences and the similarities need to be considered in search for valuable observations. In this regard one could argue that socio-spatial inequality and the underlying processes provide a promising perspective on the two cities. Inequality is an issue that both cities struggle with, partly because of shared global forces and partly because of the local institutional context. The causes are similar but the way the issue has manifested itself and will continue to develop in both cities is severely different. For instance, immigration policy will dictate the future of these cities in a significant way and comparison could be beneficial. While comparing these wildly differing cities, it soon became clear that in today’s globalized society with fading boundaries, all cities that are part of the global economic network have more in common than meets the eye. Studying cities that are this far apart raises one’s awareness of processes that permeate at a larger, global scale while emphasizing the contextual factors that make them differ. Aspects that would be taken for granted when looking at a place separately, are actually revealed through their absence in a different place. Focusing on the interaction between scalar levels is essential in this type of research. The similarities between Toronto and Bangkok will thus mainly be found in terms of global trends that impact them both.

Tom Heene is a student pursuing a master’s degree in social and economic geography at the university of Ghent. He is interested in a wide range of topics mainly surrounding urban life and is currently writing about the social impacts of globalisation. 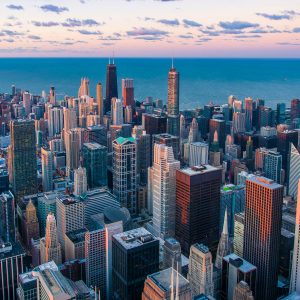 Nine thousand two hundred and sixty six miles apart, separated by land and sea, inhabited by people who speak different tongues...
© 2012 - 2019 The Protocity.com. All rights reserved.
Back to top