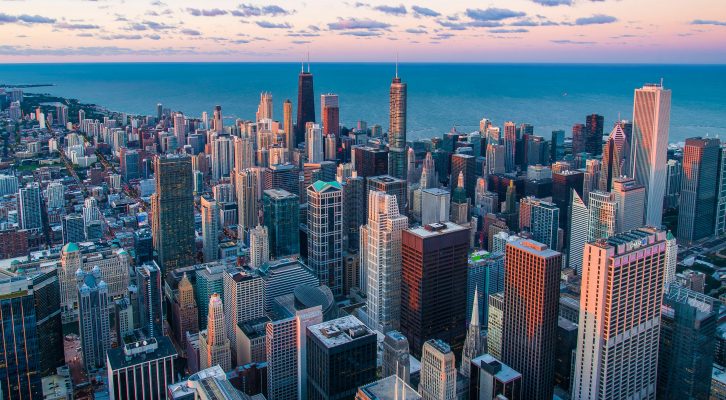 Nine thousand two hundred and sixty six miles apart, separated by land and sea, inhabited by people who speak different tongues and live different lives, one from a nation that prides itself on pioneering secularism and the other from a State that declares itself to be an Islamic country – the cities of Chicago and Kuala Lumpur are certainly different, to say the least. Yet, neither are they excluded from the whims of global capitalism, affecting all these people in somewhat similar ways: through the lens of comparative urbanism, this article attempts to understand the nuances of these interrelationships.

Both Chicago and Kuala Lumpur compete to offer more and more specialized services in a high-stakes as well as painstaking game to profit from the status quo of global capitalism. Their socio-political contexts, both earlier and now, are starkly different even as they are firmly embedded in the global economy. Yet, the trajectories of these cities would not seem so irreconcilable if one were to look at their patterns, rather than their end-products.

Indeed, Kuala Lumpur and Chicago are hardly carbon-copies of one another – but their aspirations are, to quite an extent, similar. And in its quest to attain those aspirations of global-city status, however intangible that may be, similar threads of opportunities and crises can be observed. In Malaysia’s liberalization-privatization regimes adopted since the 1970s, the centralization of political authority, particularly within the Kuala Lumpur Federal territory, had made KL the focus of spectacular megaprojects involving government-linked conglomerates and tycoons. This was aimed at encouraging global connectivity and putting KL “on the map”, as in the case of how countries seek to develop “spectacular new urban landscapes” (Koch and Valiyev, 2015).  The soaring skyscrapers and rapid-transit expressways have also led to a dense centre, particularly the Business District and the residential areas that have sprung up close to it. To encourage business, there are lower rental fees for office spaces, investor protection laws, tax incentives and so on. However, this is in stark contrast to Kampung Baru, the urban village that exists right next to it. Living conditions vary drastically between these two areas, and the village is populated by ethnic Malay communities. The segregation of Malay as well as Chinese groups have also led to structures that allow little to no chances for upward mobility (according to the 2010 census figures, over 50% of the 28.3 million population are Malays, 22.6% of the population are Chinese Malaysians).  Income inequality abounds here and that is reflected in the socio-spatial situation as well, creating a reality that is juxtaposed against the backdrop of KL city’s gleaming prosperity (Guan, 2014; Global Cities Research Institute, s.d). 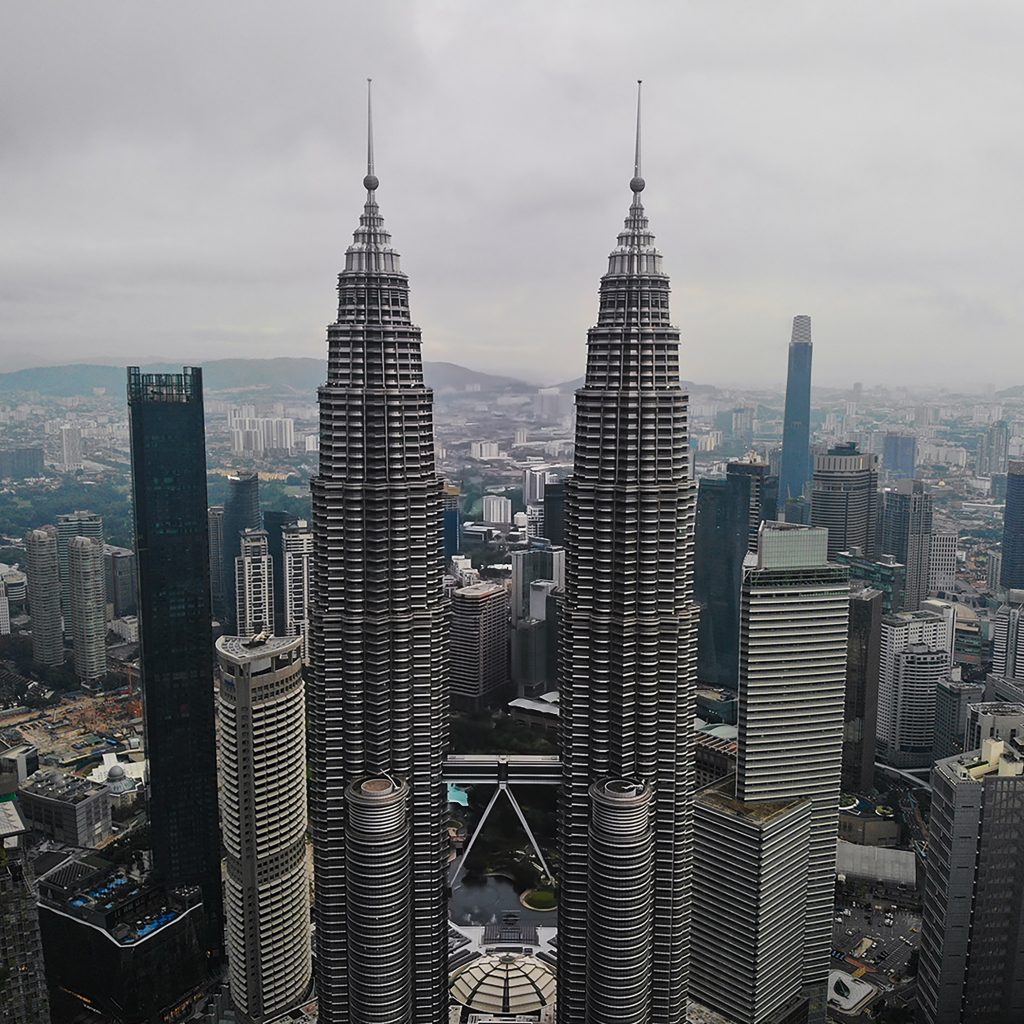 A view of KL’s Petronas Tower, which displaced none other than Chicago’s Sears Tower (now Willis Tower) as the world’s tallest building then, and put KL “on the map” (Source: Omar Elsherawy, Unsplash)

Chicago’s towering cityscape also features the headquarters of important global companies and luxurious waterfront condos. The airports and public transit systems were investments made as early as the 1950s, and the city has been successful in attracting tech giant Motorola Solutions, the whiskey giant Beam Suntory, and GE Healthcare, all of whom have relocated their headquarters to downtown. The area around the Loop and Logan Square are as populated as San Francisco, about the size of Manhattan and nearly as dense, and are vibrant, green spaces. However, this economic growth is unevenly distributed. Income segregation and extreme, concentrated poverty have become more pronounced, especially in areas like Englewood that are largely populated by African Americans. In an interview with Curbed magazine, urbanist Pete Saunders calls it Global Chicago versus Rust Belt Chicago. The city’s history of segregation on the basis of race, making it difficult for them to access physical and economic networks, has created deep rooted patterns that perpetuated this inequality and led to even more polarization. Moreover, given that these processes started quite earlier in Chicago, white middle-class suburbanization and gentrification have been long-standing phenomena. The major areas of concern outlined in Squires et al (1989), such as uneven regional development, residential segregation of races and classes and economic disinvestment of industries leading to a lack of job opportunities, continue to be surprisingly, extremely relevant more than three decades later. 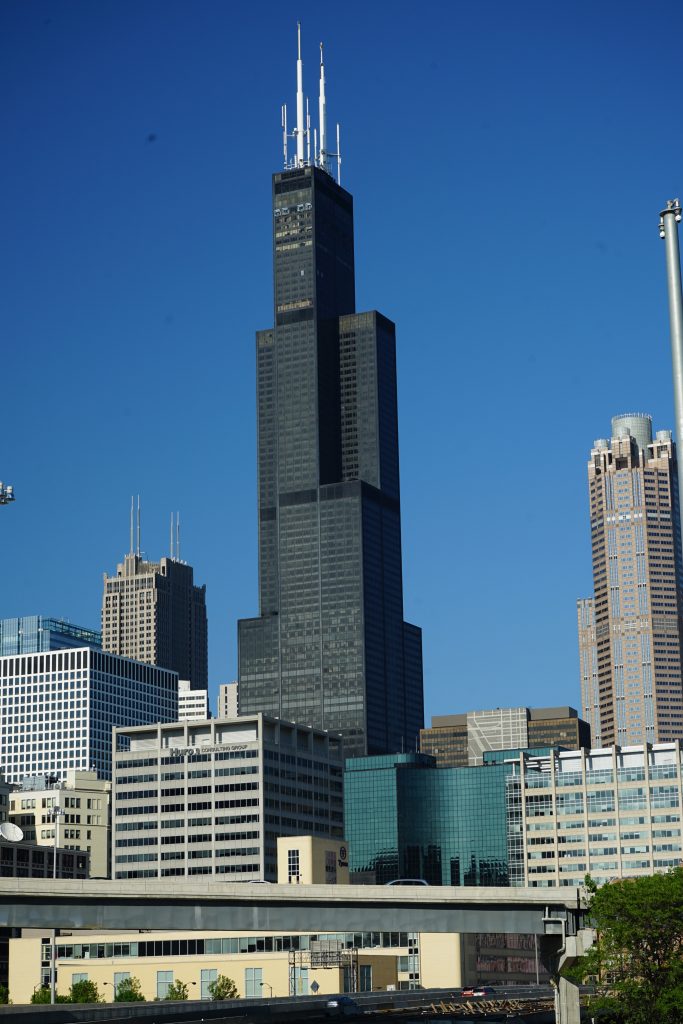 An overview such as this would be hardly enough to engage in a conversation between both cities – an exercise that would be fruitful not because any one city or its developmental model is valorized but because it would allow for new perspectives. To zero in on one issue in particular, the socio-spatial inequality that is evident in both cities are similar examples of how development processes have failed to assimilate and integrate minority communities, albeit in different contexts. If one were to follow a “comparative” train of thought: how have these examples shown similarities, why so? Could these offer insights into the structural changes that need to be made? On a broader scale, while New York’s East Village has changed completely in the past three decades, Chicago’s Englewood has been slower to change – why so? Chicago’s deep-rooted prejudices about moving into “black neighbourhoods” is cited as one of the reasons (see here). If so, is there a similar obstacle in the case of KL’s Kampung Baru or has KL been able to take on policies that attempt to reduce social segregation – and would these then help understand what is happening in Chicago? 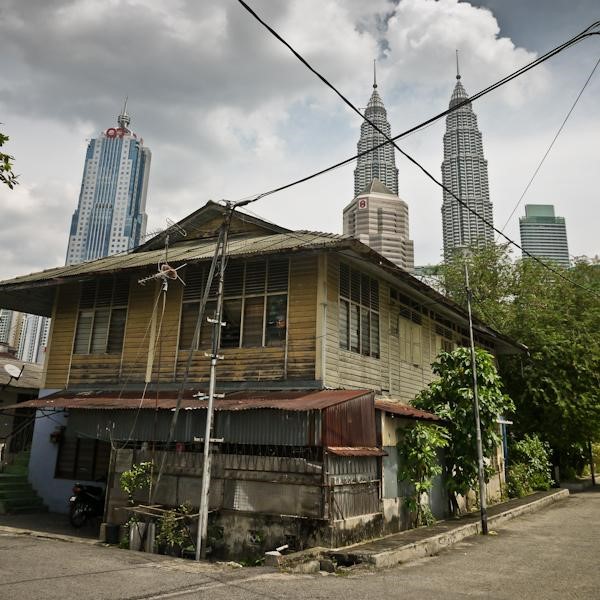 A view from Kampung Baru, juxtaposed against the central KL skyline (Yomadic.com).

This might seem like a twisted volley of questions, but the potential for such a set of questions to unlock very important answers can also be not denied. As a previous article that focused on Jamie Peck’s (2015) foundational arguments on comparative urbanism highlighted, any attempts to understand the positionality of an urban locale cannot be entirely devoid of particularism, but neither can they be disarticulated from larger dynamic structures of power. Any fruitful co-production of urban theory demands a generosity of spirit in exchanging ideas and stories about cities while duly criticizing overpowering, careless generalizations. Such an endeavour might even yield new knowledge about relationalities and interconnections between those cities, given how complex the networks they inhabit are.

Pauline Mathew is pursuing an Integrated Masters in Development Studies at the Indian Institute of Technology Madras, and is particularly interested in the politics of peri-urban development. 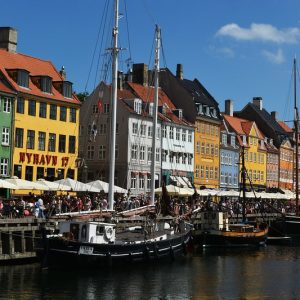 Responding the recent call within the academic urban studies literature  to carry out more empirical comparative research,...
© 2012 - 2019 The Protocity.com. All rights reserved.
Back to top