Do Cities Ever Sleep? The Night-Time Consumption Story

The Uber driver handed me the aux cable and I held it up to the backseat smiling “Shumaya or Kose Kuse?” We were on our way to Braamfontein after dinner in Maboneng. Hopping from one regenerated inner-city neighbourhood to the next, it only seemed fitting that our transport came via app. Uber may have been developed in Silicon Valley, yet it was completely integrated into our Jozi experiences, and the music was a big part of it. The aux cable, the CDs, the USB-stick loaded with South African house jams; always the question of what we wanted to listen to.

Braamfontein was busy, cars lined up and down Juta Street, dropping and picking up people. ‘Regular’ taxi drivers called to potential customers, people queued outside bars, street vendors sold ‘worst’. Once inside, our ears were greeted by a mixture of South African house, American R&B and plenty of afrobeat. Fela Kuti faded into Black Coffee which faded into Erykah Badu. The air smelt of perfume, French fries, sweat, and in the courtyard clouds of cigarettes and weed greeted us. We danced. 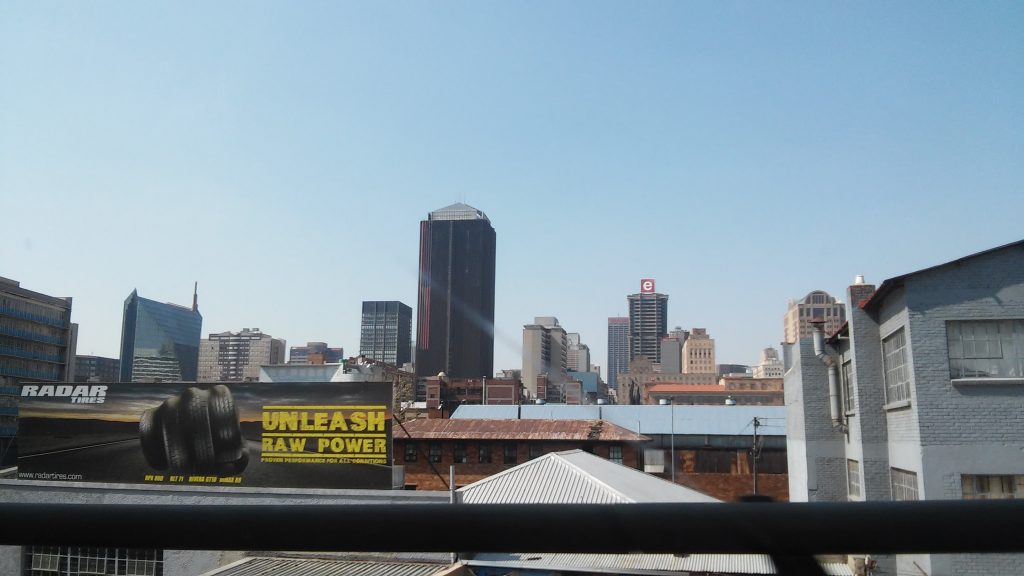 The insights of the night

In studying the city we often overlook what happens when the sun goes down. My night-time excursions in Johannesburg gave me only the tiniest idea of what one can learn about a city from a night out in the town. Nonetheless they do provide some insights into consumer culture and potential convergences on a global scale and how it shapes spaces of leisure and the night-time economy.

There is an economy operating in the late hours: beyond the bars to the street vendors catering to the peckish partyer, the aforementioned taxi-drivers getting the partyer home, and I imagine many more I may not see. Who is making money at this hour? Is money changing hands in different ways than it does during the day? Which parts of the city become alive with business disguised as revelry?

Braamfontein was whites-only during apartheid as were all central city areas. Post-1994 the neighbourhood was neglected and unsafe. In a now familiar-sounding process of public-private cooperation, parts of the neighbourhood were fixed up, providing a safer environment for people who can afford to pay a cover fee and drinks at Kitcheners or Great Dane (I’ll admit I am one of them). The neighbourhood now houses office space, some university buildings and, like in the street I described, spaces of leisure. Boutiques, bars and restaurants line a substantial part of Juta Street attracting people from far beyond the downtown area who come for fun or for work. The shift in the use and users of this space reflects the shift in the ruling ideology: now it is not just race that will determine your movement, but class, too. Historically the darkness of the night has brought people together and liberated the misfits of the day. Nightlife allows for the loosening of norms and the tightening of bonds. This, always facilitated by music and dance, sometimes in the presence of alcohol and drugs. 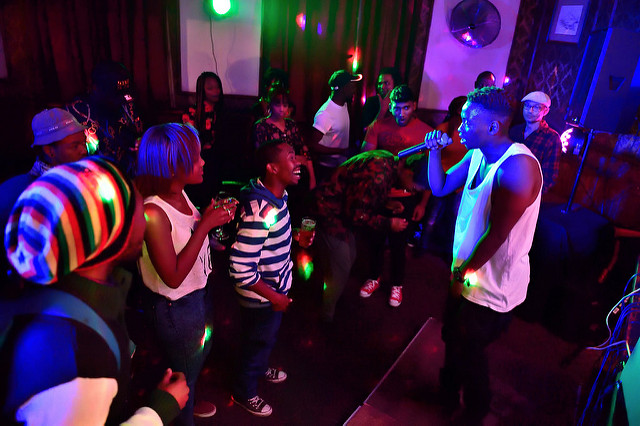 On Juta Street the music comes across as a proper hybrid of South Africa’s own and the world beyond, most recognizably Nigeria and the USA. The food could serve as a reference to other places (french fries), and other times (worst means sausage in Afrikaans) and while some drinks are global (gin and tonic anyone?), others are more home-grown like Savanna Dry. These experiences of transnationalism and change may not seem unique but Johannesburg at this point in time is in emergence -seemingly in transit – figuring out its identity. To the outsider it might seem caught between different imaginings: now it’s Western, now it’s African, now it’s the remnant of an apartheid city. While these are not mutually exclusive per se, none quite grasps the meaning of Johannesburg.

Using night-time consumption as a lens to understand the city is an exercise in opening up all the senses and leaving behind all assumptions. It is something to consider next time you step out after dark – or looking out your window, if night-life is not your thing.

Featured image: Kitcheners in Braamfontein on a Saturday afternoon. Photo by author.

Afra Foli is an Urban Studies graduate student at the University of Amsterdam. She is interested in the everyday lives of urbanites and how they relate to patterns of opportunity and inequality in cities. Her current research looks at urban middle-class families and their social reproductive strategies. 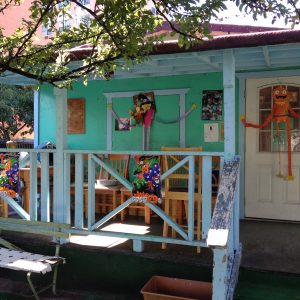 During the 70s, many of New York’s neighbourhoods started to suffer from increasing poverty rates and declining living...
© 2012 - 2019 The Protocity.com. All rights reserved.
Back to top