Suicide Cycling in Boston: Envisioning A Greenway Network For The City: Possible Reality or Pipe Dream? 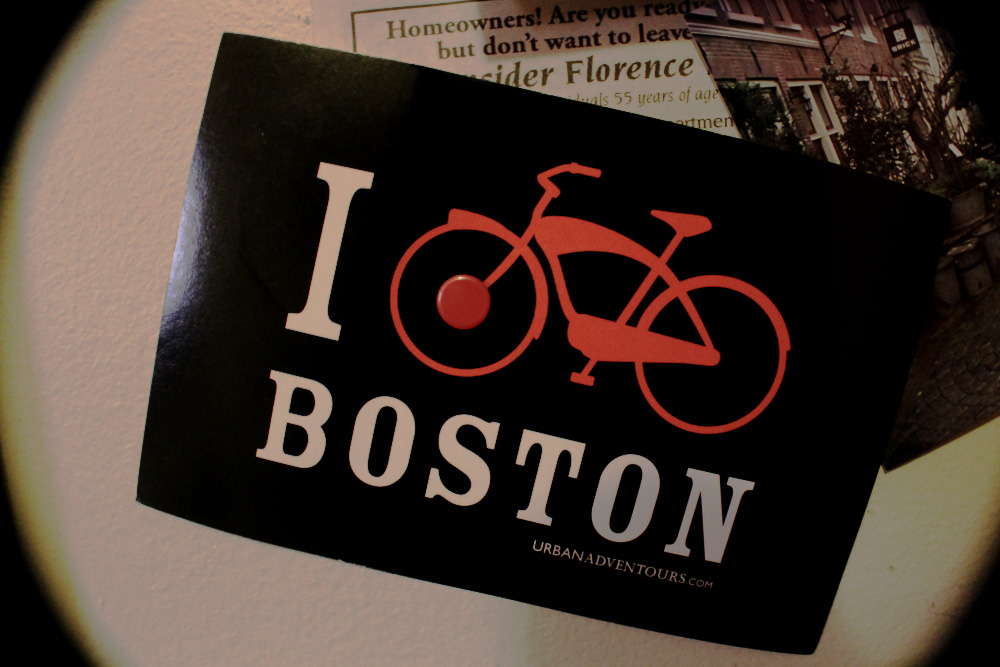 About two months ago, after having lived in Amsterdam for almost a year and a half, I moved to Boston. After two days I had a bike to ride, I had a bed to sleep on after a month!

That’s right, kids! I had been ‘amsterdamized’. I was severely hooked on the big Amsterdam drug, mother of all addictives: (I know what you’re thinking but no, that’s not what I meant) I’m talking about the bikes. They’re everywhere! On the streets, over the canals. Different shapes, different colors, different sizes. Fixie or not: everyone’s riding them. Kids, seniors, yuppies, hipsters, stoners, they are all hooked. So, no. It’s not just recreation. It’s simply a way of life.

My first weekend in Boston, me and my roommate (who still to this date refuses to wear a helmet when riding because -as a true dutchman, he is convinced he is invincible on the bike) went on a ride to Downtown Boston. The bike route (which we had looked up on Google Maps in advance) turned out to be a series of inconsistent bike paths, un-paved routes alongside greeneries, and over-crowded streets. It was a stressful and exhausting trip. We never went back on that route again.

Often when I’m riding my bike through Boston, I can’t help but wonder why this city hasn’t yet become America’s number one bicycle city. It is relatively small for a US city, it’s home to a large number of students who are young, mobile, energetic and almost entirely broke (which are jointly-necessary characteristics of any true bike-hugger), and even has a bike-friendly mayor! So what is wrong then? What’s keeping Bostonians from acquiring the cheapest most environmetally friendly style of transportation out there in their day-to-day life? Why do one out of three people here still call me suicidal when I tell them I cycle everywhere in the city?

The answer is simple: the number one problem cyclists face in Boston is lack of infrastructure. It is true that Boston has made a lot of progress in terms of creating new bike paths (or better I say paiting bicycle symbols here and there on the streets) but the existing bicycle network in the city is still incomplete and very disconnected. This not only limits the mobility of cyclists, but also puts their safety and life in danger. There are very few cyclists in Boston who do not acknowledge the fact that there is a risk to city biking here, but investing a little bit more in cycling infrastructure could help reduce that risk dramatically. 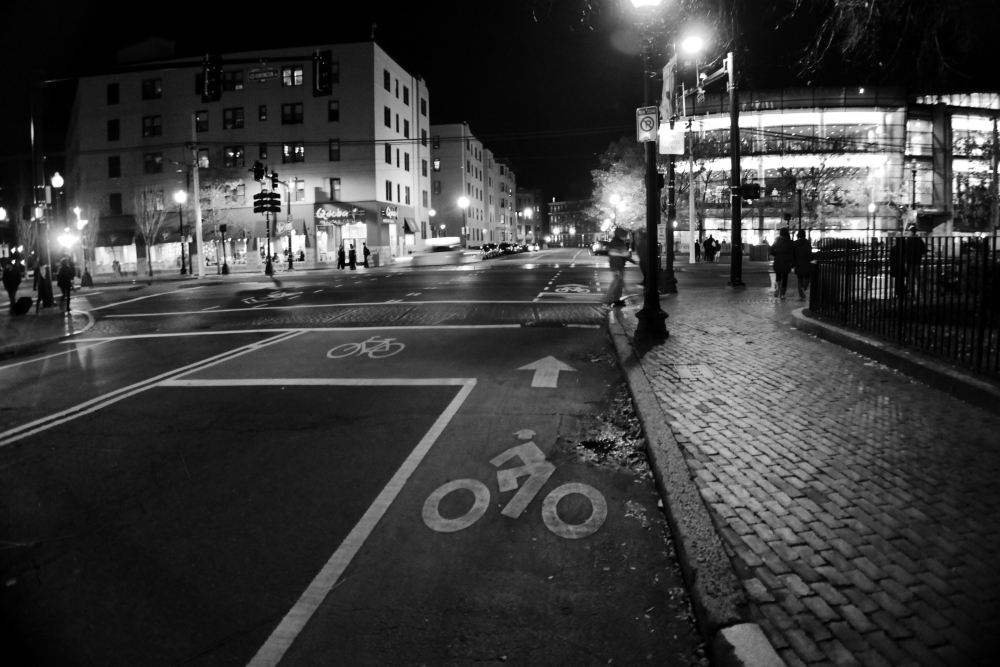 The intersection of Forsyth St and Huntington Ave 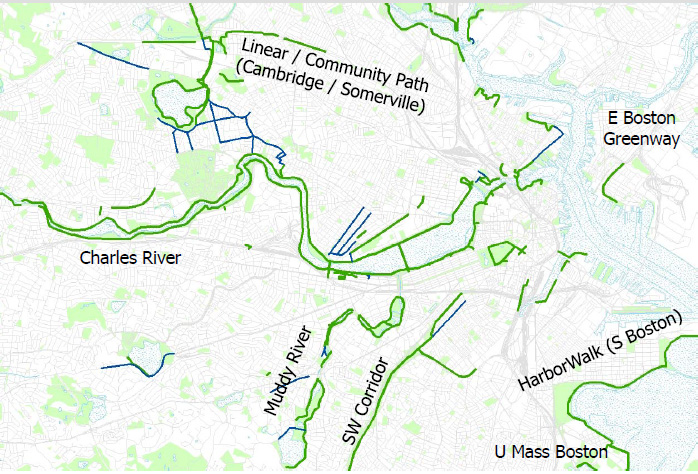 In recognition of this very issue, Peter Furth, Proffessor of Civil and Environmental Engineering at Northeastern University here in Boston and long time cycling advocate (also a former Amsterdammer) challenged his students at the Urban Transportation Lab (TurTL) of Northeastern to identify the vital missing links in the biking (greenway) network of Boston and anticipate a new network plan to connect them. The results of the student project led to the formation of the following radical (but feasible) vision for a greenway network in Boston. 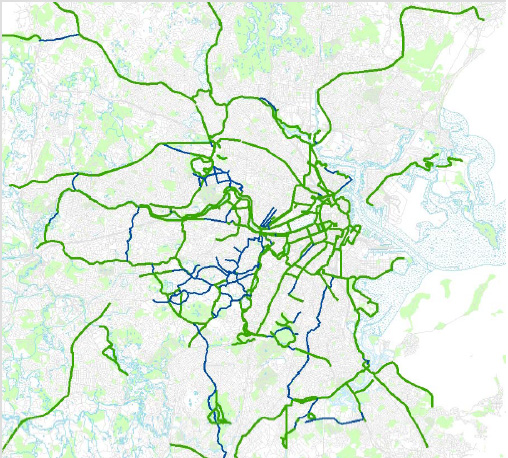 A vision for the greenway network in Boston 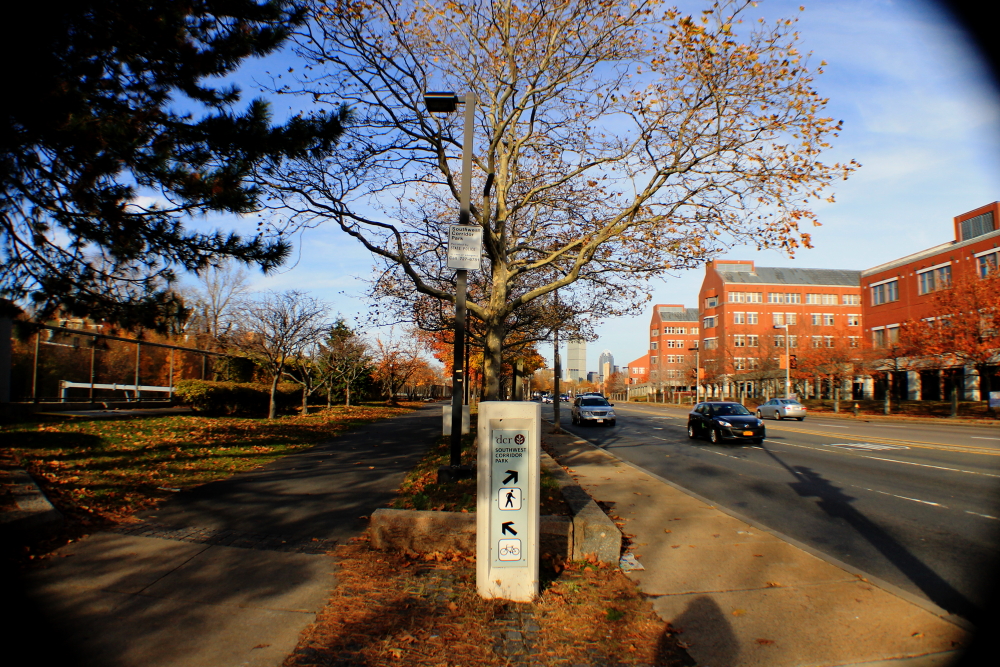 This suggested network proves that my idealistic vision of Boston as a bike city is technically possible after all. So, Boston! While TUrTL’s plan awaits funding, political recognition and perhaps even some lobbying, do not let the bumpy roads, the grumpy drivers and the four-letter words they throw at you every once in a while discourage you from claiming your right to those funky bike paths and hectic crossings! Get out on those streets, put the fun between your legs and get suicycling!

Interested in finding out more about Peter Furth’s idea? Visit TurTL in order to access more information, maps and reports about the project.

Thanks for this lovely post Donya! Hope the suicycling you performed in Boston will be a story of the past very soon, which would mean that TUrTL’s plans are realised.

Glad you enjoyed it. I hope so too, cycling is definitely on the rise in Boston so sooner or later policy has to properly address the infrastructure issue 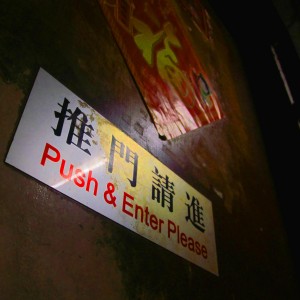 Anyone who's ever been backpacking in Asia and included Hong Kong in their travel plans has inescapably heard of Chungking...
© 2012 - 2019 The Protocity.com. All rights reserved.
Back to top