Anyone who’s ever been backpacking in Asia and included Hong Kong in their travel plans has inescapably heard of Chungking Mansions. It is famous for its numerous (cheap) hostels and is the epicentre of Indian, African, and South Asian migrants. They gather outside on Nathan Road while selling ‘Hashies’, ‘Wanna Suit?’, and ‘Watches’ to strangers passing by. All copies. All genuine. It is well-known in Hong Kong and beyond. Movies are made (Chungking Express) and academic books are written (Ghetto at the Centre of the World).

But what less people know of, is that Chungking has a little sister: Mirador Mansion, located just one block down the road. And Mirador has a somewhat different story. Although still a hub of African and Indian migrants, it has a more Chinese taste to it. It is less commercialised, and has – different to Chungking – more mainland Chinese owners and as a result more Chinese clientele. Hostel such as ‘Guangzhou Hostel’ or ‘Pearl River Guest House’ (named after places in Guangdong province) signify this point. What is not different from its older brother is the fact that it is still a maze, it still has an overload of hostels and is certainly kind of dodgy.

My purpose here is to take you on a little tour through the Mirador Maze, which once was a place of residence for me. I draw on my own experience by pinpointing some typical parts out. In doing this, I show you how Mirador Mansions may be amazing, disturbing, as well as illuminating. 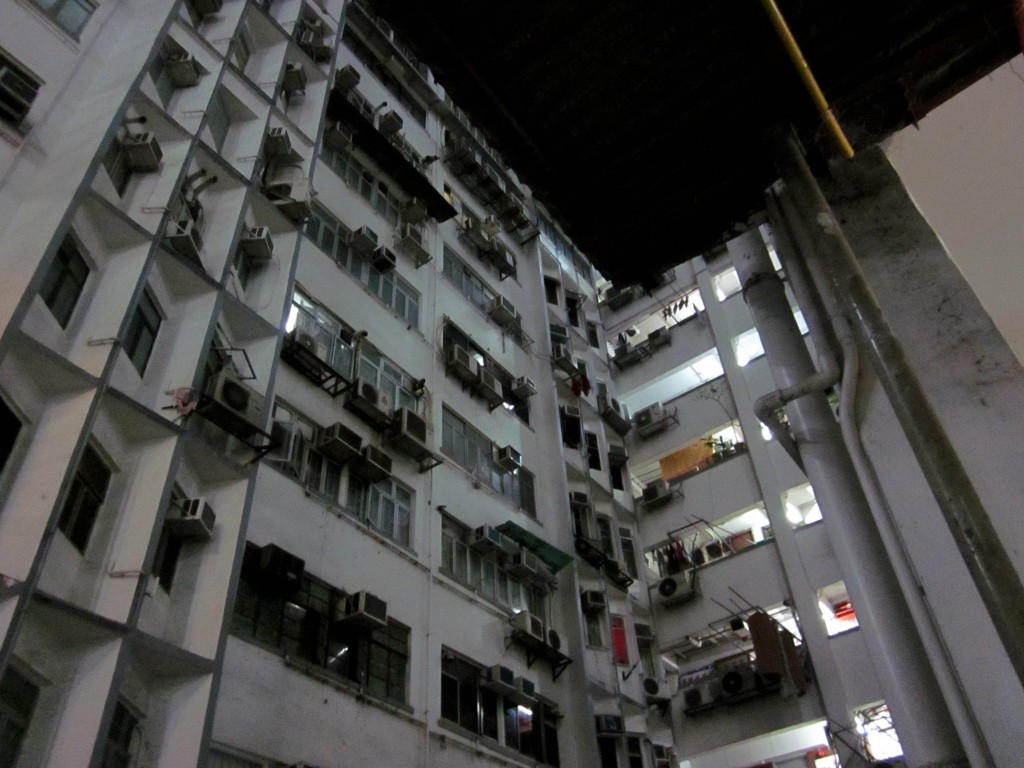 Chinese and Hongkongers definitely know how to make money. Real estate is expensive and space is limited, especially so close to the Victoria Harbour. There is an explosion on hostels in Mirador of varying prices and quality. But they all have one thing in common: they are tiny and packed. Whenever you stay in one of these hostels expectations need to be lowered. Be happy with a small bed and a small bathroom. And if you have windows, you are blessed. 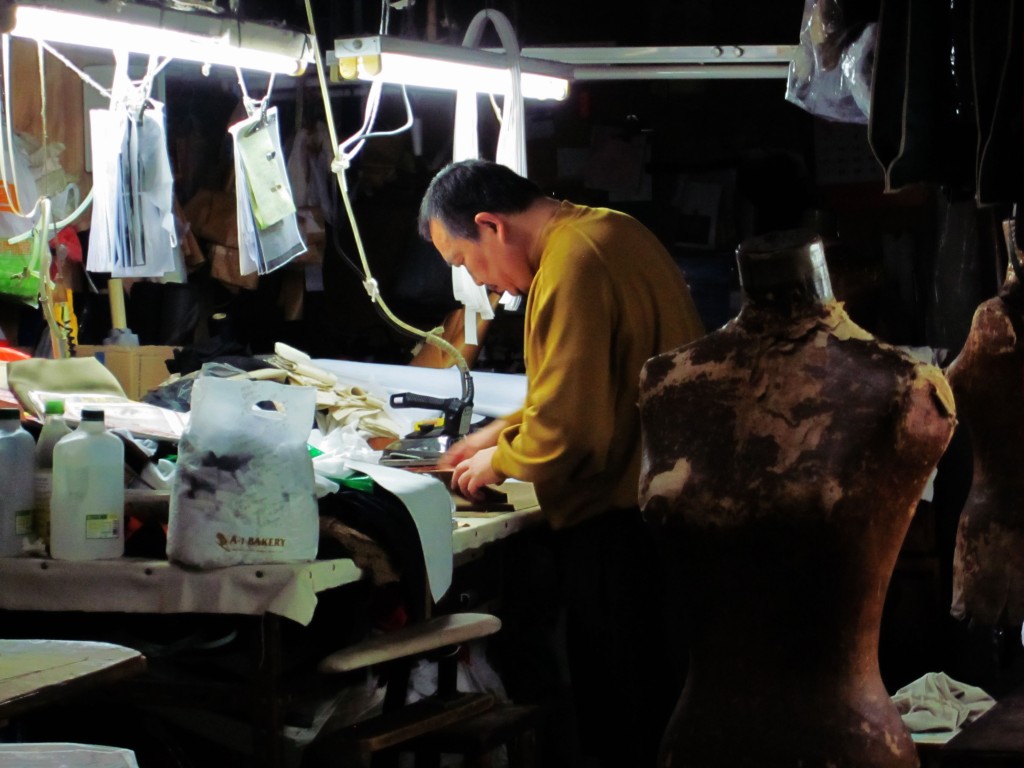 Not only a place of sleeping and rest, but a place where people work hard and long hours. The clothes that are sold on the streets by nice Indian gentlemen need to come from somewhere. And that somewhere is upstairs. Upstairs in Mirador. From the third to eleventh floor, there are hard-working people knitting and assembling different pieces of cloth to arrange them into what the paying customer wants. They certainly do not hold on to working hours from 9-to-5 and do not include convenient employment packages. But what they do involve is playing mahjong and non-stop smoking time. 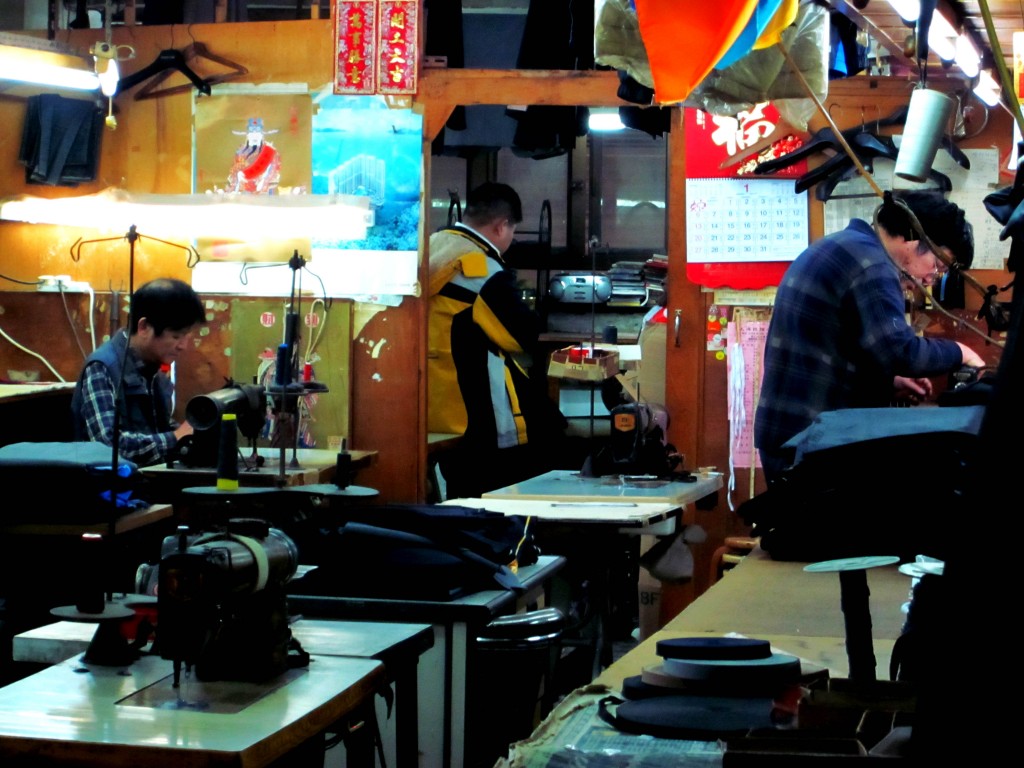 All in all, Mirador has a somewhat strange atmosphere. In the first two floors, there are little stores where clothing and food is sold. But beyond that, it is a place where there is a sort of ad-hoc interplay between the hard-working Hongkongers and the somewhat lost tourist. Pictures are made of the sweatshop worker, while they themselves are telling stories about the tourist who got trapped in the maze called Mirador. It is definitely a hazardous place where rules for emergencies (in case of fire) seem to be non-existent. Although there are no casualties so far, it unmistakebly is still a place where staircases could become traps for non-locals to never escape out again. 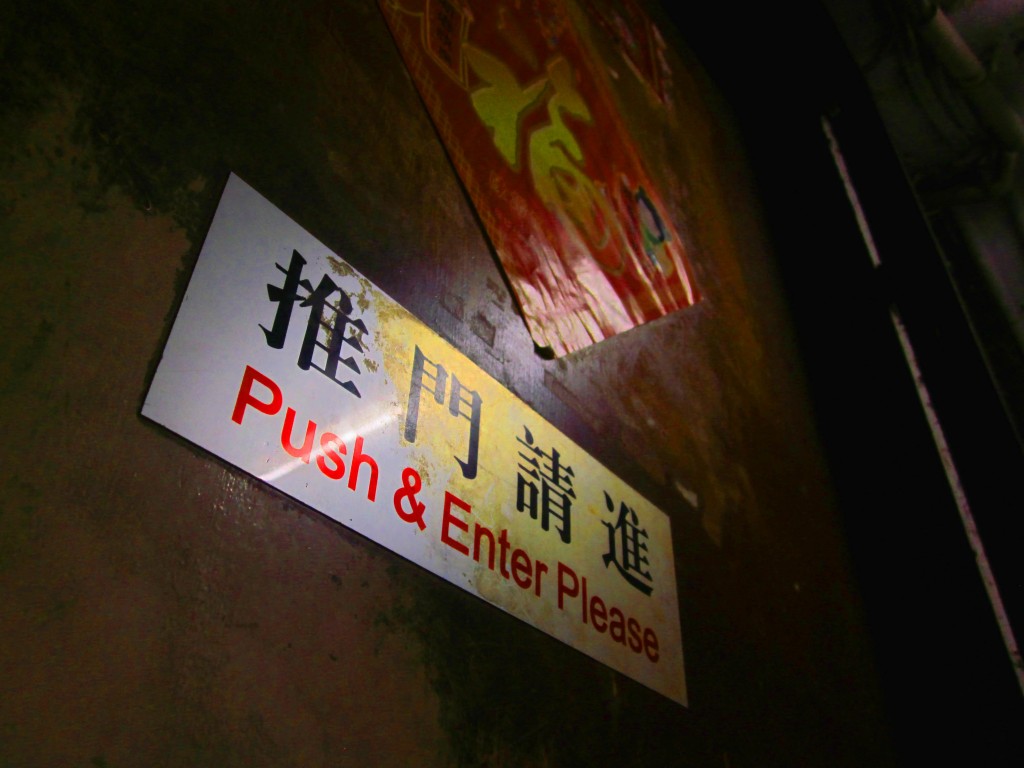 Mirador Mansion is without a doubt a great place to wander around and get a sense of Hong Kong behind its neon-lit surface. It is more accessible and less intimidating than its bigger equivalent and therefore has a more tolerant and relaxed attitude towards strangers. So whenever you’re on Kowloon side, take a look yourself and engage in the food, the clothing and all the stuff (and shit) that is made in the factory called Mirador Mansion. 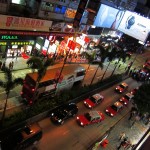 View from Mirador of Nathan Road 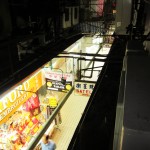 Behind the Curtains: A Backstage Look on the Enterprises 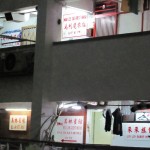 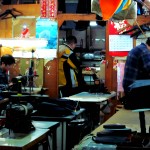 Concentrated and Determined Labour after Having Played Mahjong 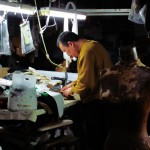 Late Night Work for a Suit 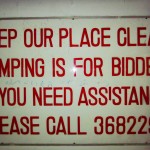 Hong Kong’s Attitude: A Sign Will Do the Work 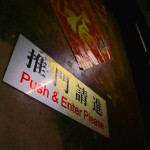 Always Nicely Welcomed at the Hostel 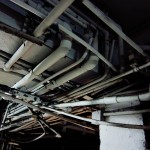 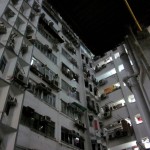 The Inside Patio Reveals that Mirador Actually Consists of Different Buildings. Therefore: The Maze 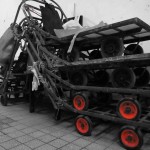 Terrific post, thanks. Any plans to develop the story of Miridor further, perhaps into an full-blown essay? It seems to be a subject which would lend itself to further explication.

Thanks Tim! I consider this article as an encouragement to people who go to Hong Kong and want to see more than just the facade of luxury and extravagance. Who knows, an essay will come out of it. Surely a fascinating place, which needs more attention from urban explorers! 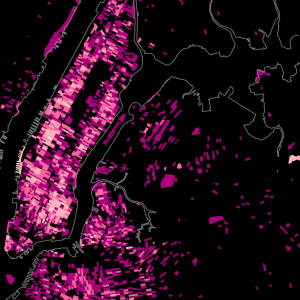 Rich Travel Experiences to Poor Housing Markets? The entire ProtoCity team has spent a large part of 2012 in a foreign city...
© 2012 - 2019 The Protocity.com. All rights reserved.
Back to top