Minsk is one of the few capitals in Europe that is not covered by Google’s Street View yet. Besides, with less than 150.000 tourist visitors per year, Belarus is not a very touristic country. Those facts make it rather unlikely that a lot of The Proto City visitors will get an insight in the streets of Minsk this year. Therefore, in this article I will offer you a glimpse of this remarkable capital city. 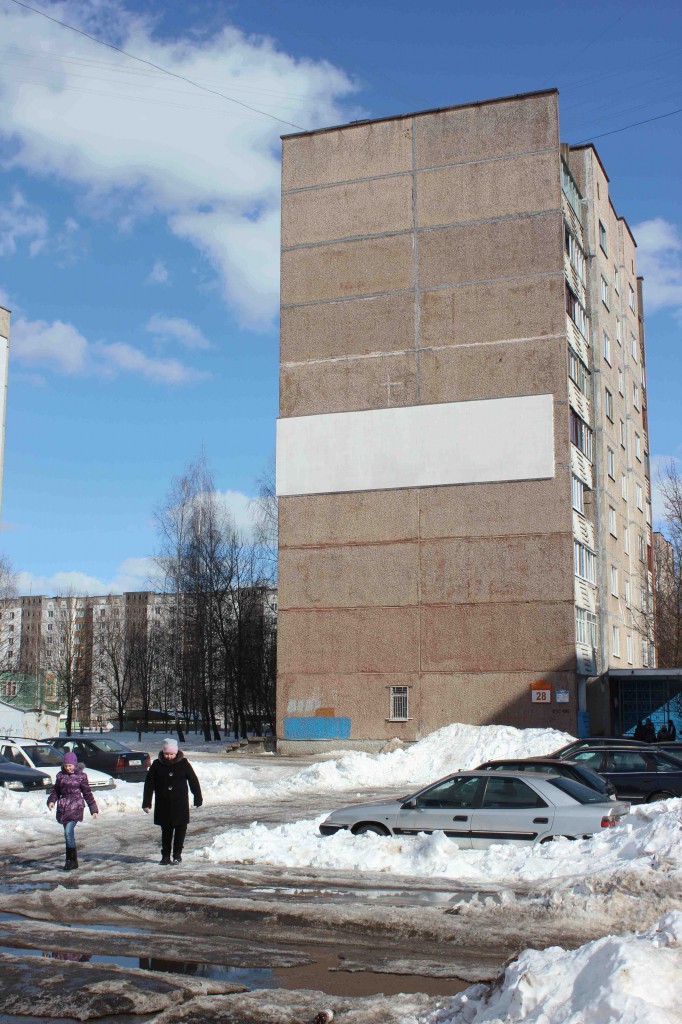 Although Minsk has an interesting city center with a couple of big parks, Stalinist architecture, the beautiful Svislach River that meanders through the city center and a restored old town, this article will focus on Minsk’s dead walls, blank walls unbroken by windows or other openings, of the countless tower blocks in the city.

There are a few facts we should keep in mind when starting a walk through the Minsk’s neighborhoods, since the city experienced some radical changes in the 20th century. It underwent an almost total destruction, a rapid after-war spatial expansion and, more recently, the intensive symbolic production as a post-Soviet capital. The population of Minsk increased from 500.000 inhabitants in 1959 to almost two million now. Because of this high population increase, Minsk was forced to build new neighborhoods, which resulted in the current neighborhoods consisting of monotonous, modernistic tower blocks.

We are entering the metro, heading southeast, and exit at one of the stations half an hour from the center. Getting into the daylight again, you probably feel a bit isolated in the big open spaces between the buildings and the streets. Monotonous flats are watching you in the broad and empty streets. The very first thing that grabs your attention are the dead walls of the tower blocks. In Minsk, these walls consist of different shapes and colors. What kind of effects can these walls have on the neighborhoods and its public spaces? We are going to see that these walls can make or break a neighborhood. 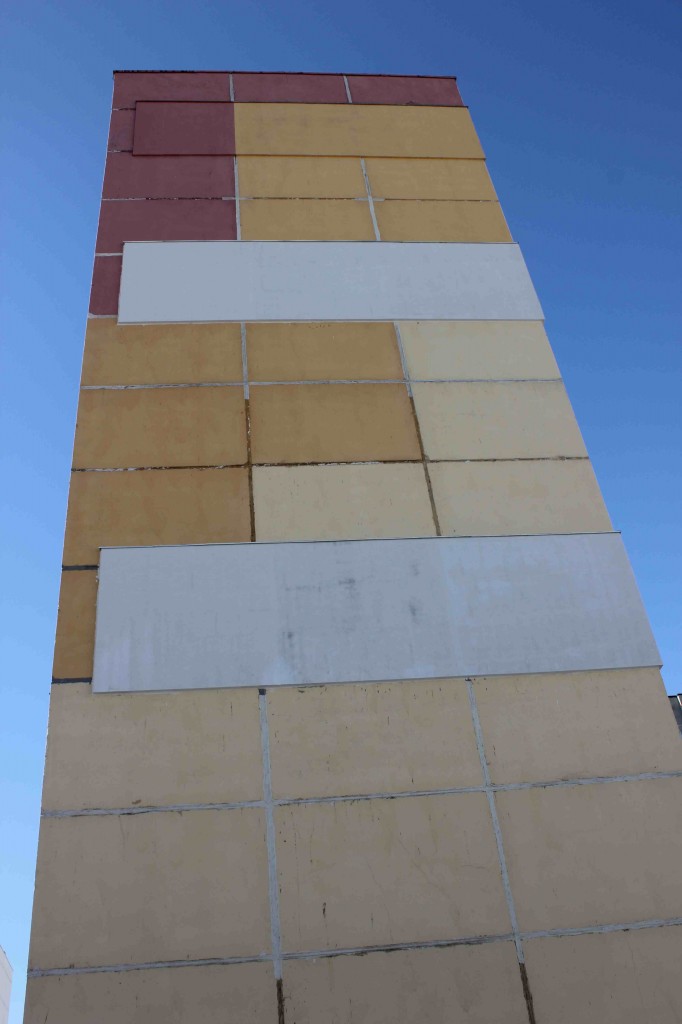 I will take you to three different neighborhoods. The first one is called Shabany. This neighborhood is situated on the edge of the city and is known as the most criminal neighborhood of Minsk. Nevertheless, the neighborhood doesn’t look very different from others: the poverty of Shabany is physically mainly expressed by the dead walls of the tower blocks. The badly maintained and grey walls give you an unpleasant and almost anxious feeling. Besides the walls, the public space around the walls is badly maintained as well. The walls in Shabany are thus a representation of the quality of the neighborhood and are consequently influencing the public space in a negative way.

The walls become a bit more aesthetically pleasing a few stations closer to the center.  This is probably due to improving socio-economical situation, the closer we get to central Minsk. A different look of the dead walls in the neighborhood Instityt Kultury immediately bring about a different atmosphere within the public spaces over here. The walls are colored in a number of different styles. Some are painted with colorful lines, whereas others consist of one single color. Some are painted with a meaning, while others just don’t look finished yet. Hence, the monotonous tower blocks are all having their own identity. Almost no wall looks the same in this part of Minsk. 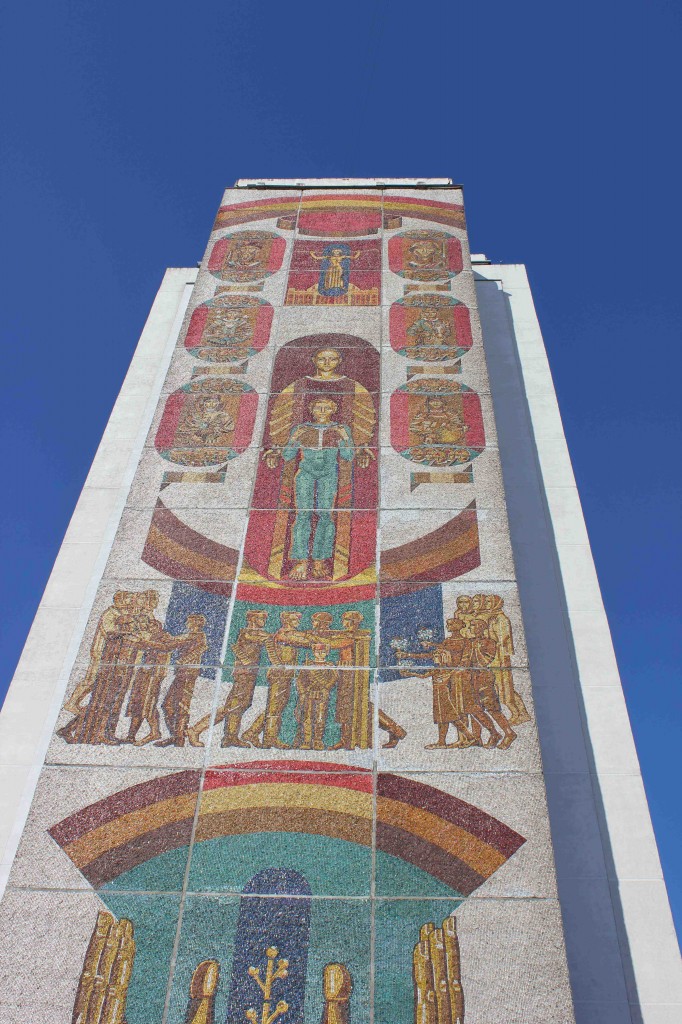 Different from the more colorful examples are the dead walls in Praspiekt Niezalieznasci in Vostok, close to the new modern library of Minsk. The dead walls in this busy street are pointing towards the main street, and they were all refurbishment in the form of a beautiful mosaic. Religious signs as well as communistic relics can be seen on the sidewalls. As a result, Vostok, and especially the street, was brightened up. A depressive ending of the main street with grey dead walls is prevented by these artistic decorations. Instead, the street ends in allure. The dead walls do not negatively affect the neighborhood any longer, rather they are an increasingly well-maintained public space.

In sum, the dead walls look grey and unfinished, which gives you an unpleasant and even anxious feeling in the public space. They can be changed into living walls to color them up with bright colors. The public space feels here more comfortable and safe. The dead walls of tower blocks in post-Soviet countries can be regarded as an interesting opportunity in order to perk up neighborhoods. The modernist buildings seem to be visually re-invented through a new coat of paint. Maybe this can be a contribution to upgrade modernistic neighborhoods all over the world? 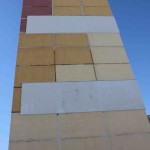 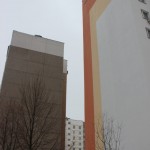 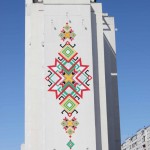 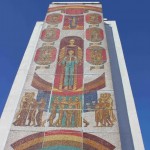 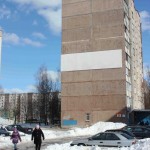 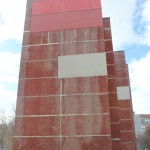 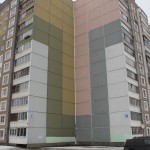 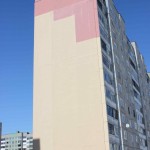 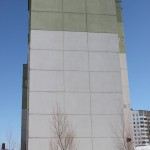 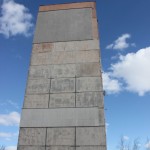 I am master in Human Geography, specialized in urban geography. I am interested in the evolution of post-communistic countries. Eastern Europe is my field of research. 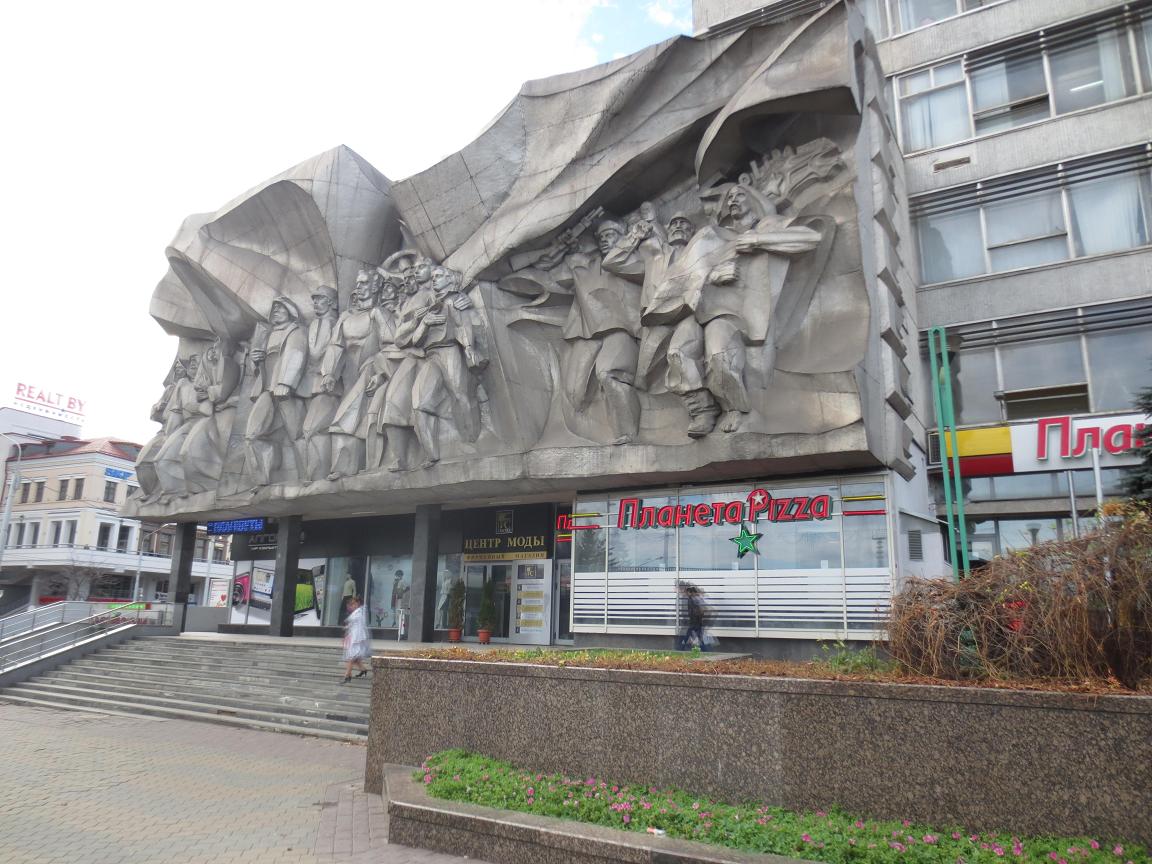 Could it be that these walls are blank because a) a building was planned immediately adjacent but never built or b) a built was adjacent but torn down? I can’t imagine why anyone would design a building with a blank wall.

The buildings are probably designed like this.. It happends on a to big scale to say that it is not designed. 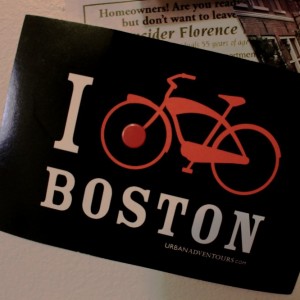 Suicide Cycling in Boston: Envisioning A Greenway Network For The City: Possible Reality or Pipe Dream?  'You're crazy!'...
© 2012 - 2019 The Protocity.com. All rights reserved.
Back to top