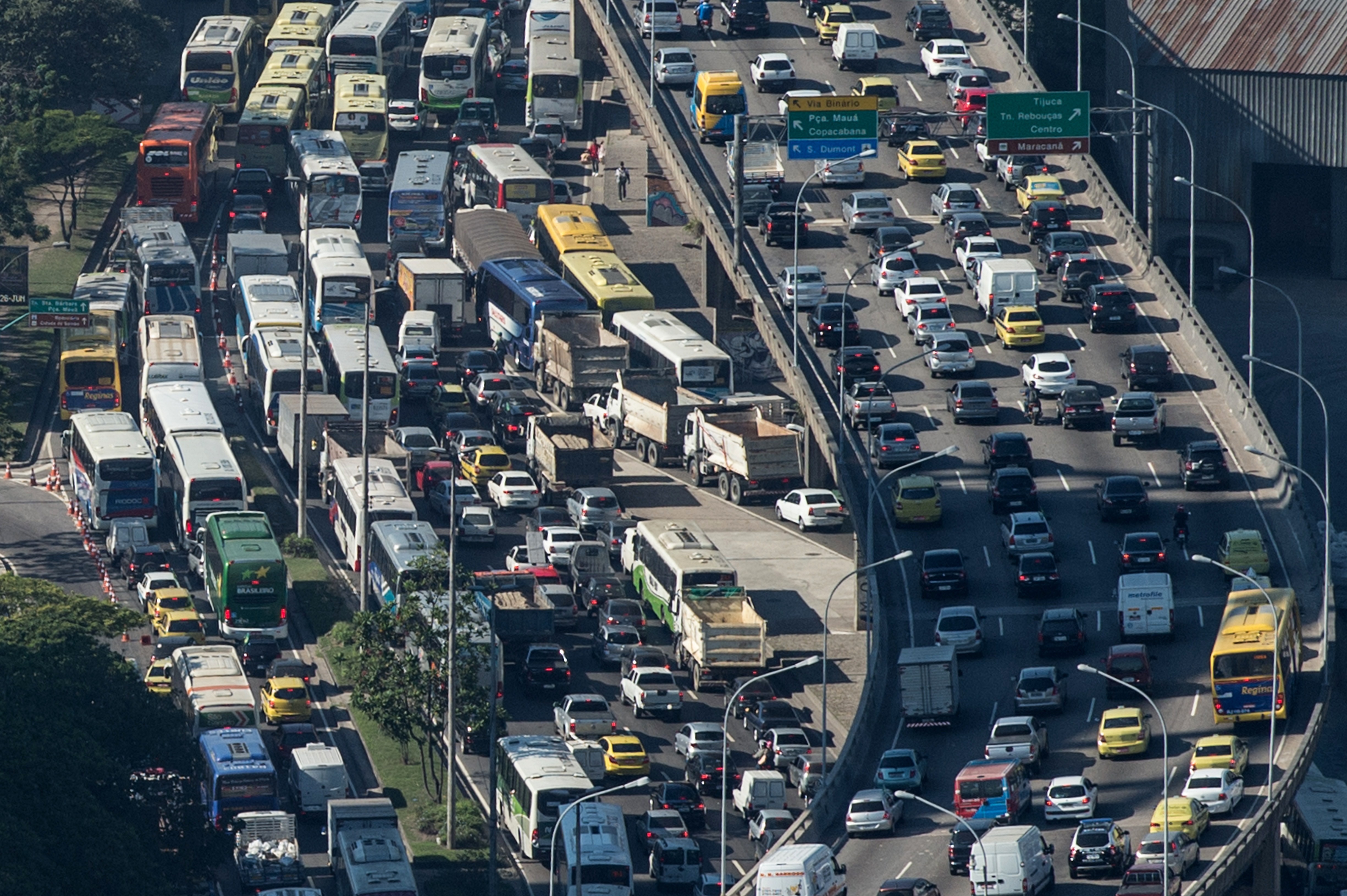 In 2003 a small group of forward thinking Silicon Valley engineers founded the car company Tesla Motors. At the time, internal combustion gasoline vehicles all but monopolized the personal car marketplace. From its very beginning, Tesla’s vision was to commercialize electric vehicles (EVs), ringing in the advent of personal sustainable transportation as hastily as possible. Their competitors such as GM, BMW, Ford and Mercedes saw Tesla’s mission as radical, destined for failure and even comical. The company’s longterm goal of revolutionizing a new age of sustainable transit was transcribed in the “master plan”, the manifesto conceived by the company’s personification Elon Musk. For the last 13 years Tesla has defied its naysayers and has pioneered innovations in EV technology but as the company rockets towards the culminating step in its master plan, is Tesla really on the verge of creating a sustainable transportation system?

Tesla’s three-stage master plan is built upon the idea that for a small company to make an industry-wide impact, it takes multiple iterations in the development process which in turn create economies of scale that will eventually lead to success. For Tesla, these iterations first began with a high-priced, low volume sports car released in 2007 called the Roadster. After the Roadster Tesla released its medium priced, medium volume sedan, the Model S, in 2012. Three years later, Tesla released the Model X, an SUV. In the United States, SUVs and sedans made up about 64% of the total auto market in new car sales so Tesla showed the world it could produce two compelling cars that could capture a large share of the auto market.

The Model S and X helped Tesla raise the funds it needed to build what it affectionally calls “The Gigafactory”, a crucial element in constructing the economies of scale that will make it possible for the company to turn out a whopping 500,000 EVs every year. The factory became operational in early 2016 but won’t be at full capacity until 2020. This enormous battery factory is the main factor that will help dramatically reduce the cost of building the lithium-ion batteries used to power the cars. 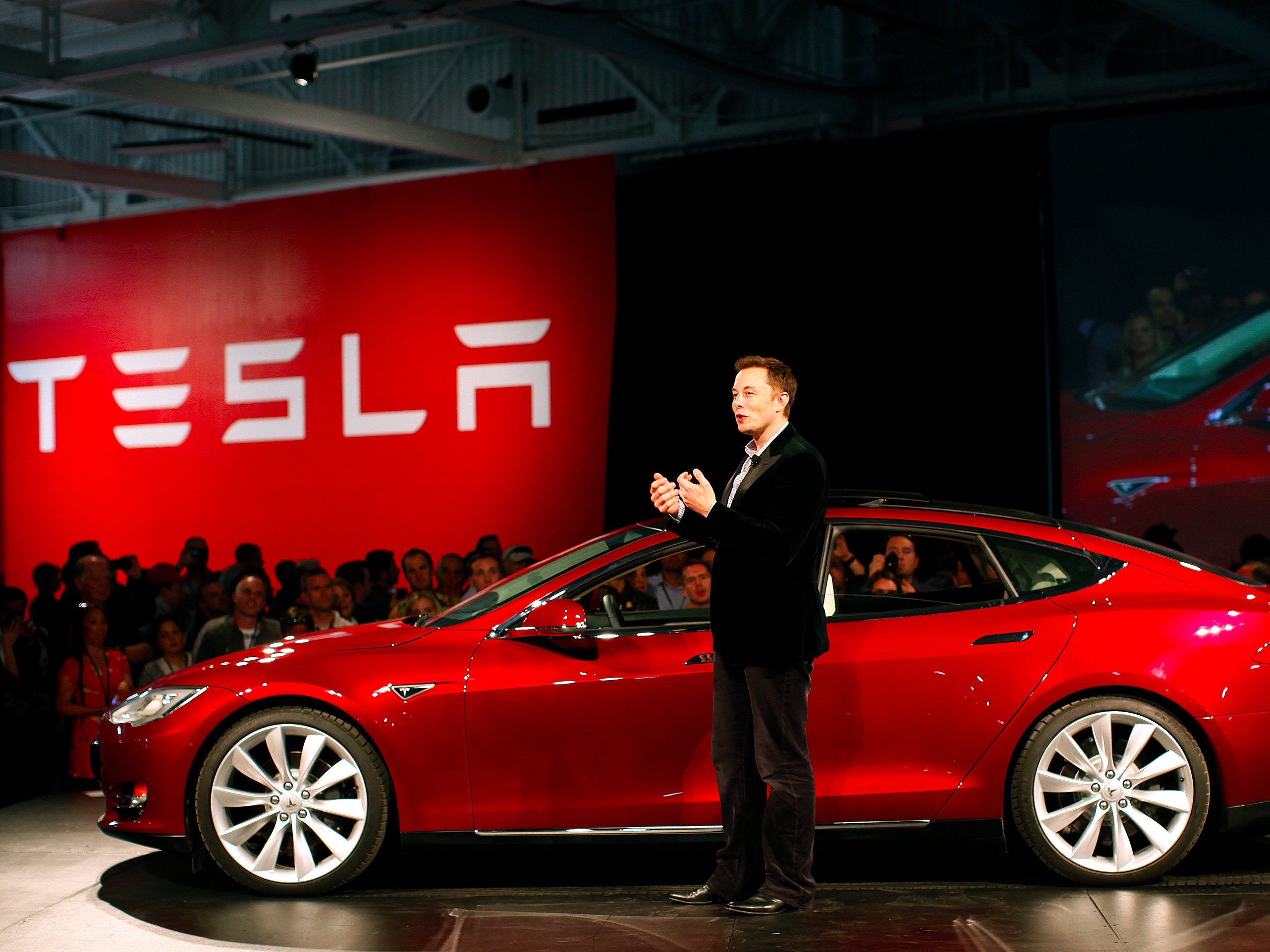 Elon Musk at the Model 3 launch (Photo by Tech Insider)

On March 31, Elon Must stood in front of hundreds of Tesla supporters to introduce the Model 3. This is the car that is intended to mass-market commercialization of EV’s and shepherd in a new age of personal sustainable transportation. With production costs savings from the gigafactory, Tesla has been able to dramatically reduce the cost of the Model 3, which will start at $35,000. The Model 3 won’t begin delivery until the end of 2017 but in the first 24 hours began taking $1,000 deposits, Tesla received over 232,000 reservations. It is estimated the Model 3 now has close to 400,000 reservations. These numbers greatly exceeded even Tesla’s own expectations. On schedule deliveries of the Model 3 and sustaining the high numbers of orders will be cumbersome challenges but even assuming the best case scenario for the new vehicle, will the car yield success for Tesla’s master plan and more importantly bring about the advent of sustainable transportation? If the Model 3 becomes ushers success for Tesla in creating a large consumer marketplace for EV’s what impact would that have on combating climate change? Does the Model 3 signal the rise of a new sustainable transportation paradigm as Tesla hopes, or does the car perpetuate current unsustainable mobility systems?

According at a study conducted by the International Energy Agency (IEA), an intergovernmental organization established within the framework of the OECD, in 2007 there were 700 million passenger cars on the roads globally. The IEA predicts under a conservative model of global development that total passenger car ownership by 2050 could reach a staggering 2 billion. One obvious impact of this dramatic growth in passenger car ownership is the potential rise for oil demand. If gasoline combustion vehicles continue to be the dominant car type and there continue to be advances in fuel efficiency leading to incremental improvements in fuel efficiency, that could spell disaster for the global climate as well as place massive demands on the international oil market. Obviously, Tesla and other EV automakers hope to make most of those new vehicles on the road fully electric.

Even if Tesla is successful in its quest to commercialize EV’s starting with the Model 3, Tesla’s pursuit of creating sustainable personal transportation still would take place within the current car dominant model. There is a tremendous amount of embedded energy and waste that goes into building a car, even an electric car. For starters, the battery that powers the vehicles needs to product a lot of energy without adding excessive weight. To achieve this, Tesla uses lithium batteries ro power their vehicles, including the Model 3. Lithium batteries fit Tesla’s energy to weight ratio needs but mining the rare metal is an environmentally destructive endeavor. Being a rare metal there is a very limited supply of lithium and mostly it is found in inconvenient places where it is typically extracted, transported and refined using highly toxic techniques. 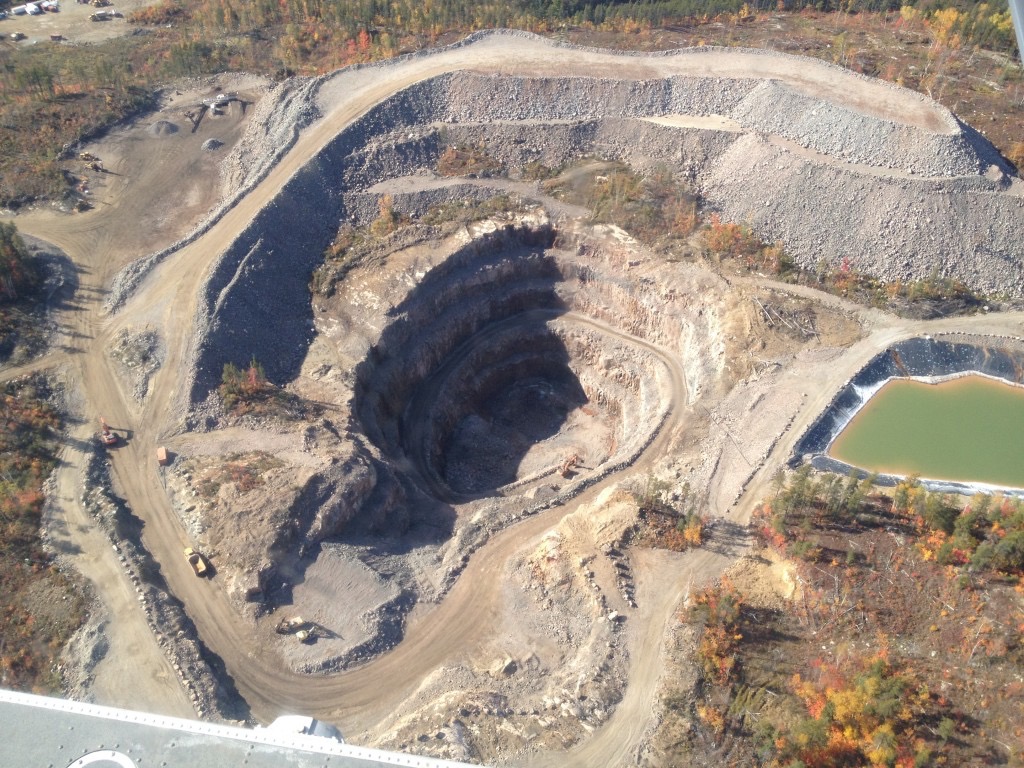 Open-pit lithium mine in Ontario, Canada (Photo by investingnews.com)

In addition to all the pollution discharged in the process of building the Model 3’s battery, there are more emissions pumped out into the atmosphere in the process of building the vehicle. There are other special components such as magnets, the headlights, on-board electronics within the Model 3 that also require rare metals that are highly toxic to extract. Building the combination aluminum and steel frame of the car is also an extremely energy intensive process. When you total all of the energy embedded in manufacturing an EV it is often more carbon intense to build than a conventional car, mainly because of the battery. Similar to conventional vehicles, the Model 3’s production process remains environmentally damaging, but it is much more environmental friendly over its lifespan than its gasoline powered internal combustion vehicle counterpart. For an EV, the vast majority of its lifecycle carbon footprint is accrued during the production process. According to the Union of Concerned Scientists, over the course of its lifetime including scraping, an EV generates about half the total emissions of a conventional internal combustion vehicle. So if a Model 3 were to generate half the total emissions of a conventional car, Tesla certainly is commercializing a vehicle that is substantially more environmental friendly than most vehicles currently on the road. The problem however is that the Model 3 is a bandaid solution falling under the current car dominated personal mobility paradigm, where much more than the cars themselves exacerbate climate change through excessive emissions production.

Transitioning beyond our wasteful mobility system primarily designed around the car is the true key to creating a sustainable transportation system. The average car spends between 90-95% of its time parked, which takes up valuable real estate and requires significant capital to build parking infrastructure. In urban areas where open space is scare, isn’t a shame to waste precious land for idle cars? Its no secret that developers don’t want to waste land on parking lots so building vertical parking structures has become increasingly popular but this has its downsides. In the United States, the average price per parking space in an above ground parking structure is $24,000 and in a below ground parking structure that price jumps to $34,000 per space. Why are we wasting so much space and money investing in parking infrastructure? There’s also carbon dioxide and other greenhouse gases emitted during the construction of parking infrastructure.

Then there are roads, highways, and the entire gasoline industry all guzzling huge sums of money for expansion and maintenance costs, not to mention enormous emission outputs supporting this car centered transportation system. With EVs becoming commercialized, there will be more infrastructure investments needed and more emissions embedded in the system. If EVs are to become commercialized, an expansive charging network must be built and maintained. This requires huge investment but also perpetuates the unsustainable nature of the current car dominate mobility framework.

The solution to creating sustainable transportation simply isn’t the new Tesla Model 3. The solution isn’t a sexy futuristic, repackaged car. A truly sustainable personal mobility system needs to place less emphasis on cars of all kinds if environmental stewardship is at the center of the equation. Increasing urban density to improve walkability, improve cycling infrastructure, creating more efficient public transportation systems is what will shepherd in a sustainable mobility system. Walking and cycling require almost no carbon energy, except for the embedded energy in producing shoes or a bike. Public transit riders create on average 65% fewer emissions than a car user for the same trip, just considering the emissions produced to fuel that trip, aside from the additional energy embedded in building the vehicle. Can any system of personal mobility truly be sustainable if it is built around the car, a vessel so deeply fixed to system wide waste? We will be successful in creating a sustainable mobility system when our transportation systems overhauls systematic changes, not just modifying our car fuel source’s. 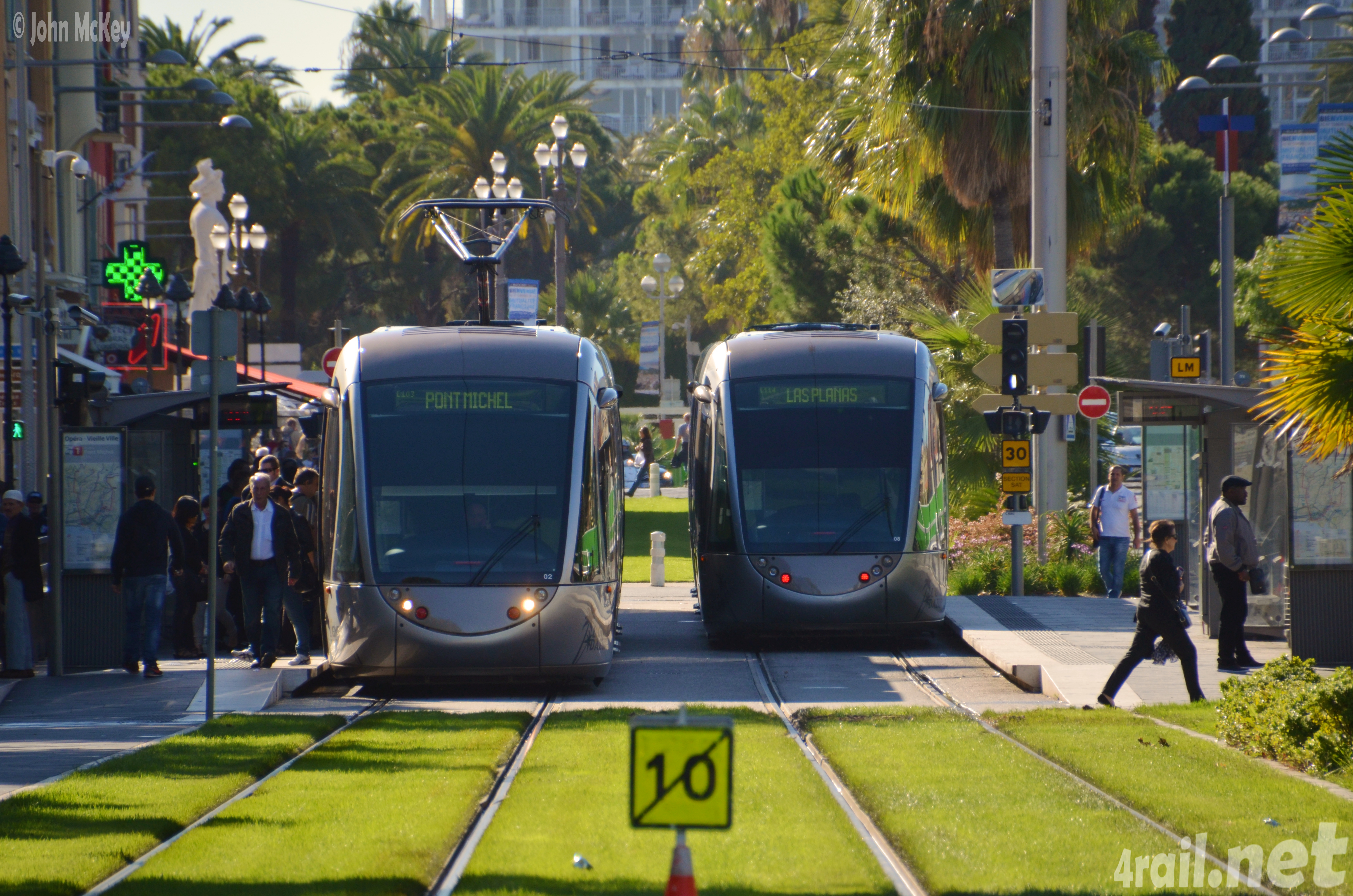 No matter if you own a Tesla or a conventional car, your vehicle still requires huge amounts of energy to be created and it will sit parked most of the time. Why would we expend so much carbon on vehicles that will spend so much of their lives stationary, and invest so heavily in a system with so much waste? Yes, it seems Tesla will succeeded in commercializing EVs with the Model 3 but the vehicle simply isn’t ushering in a new day for sustainable transportation. Sustainable personal mobility won’t be found in tantalizing 21st century electric car, it will be brought about by aiming towards an entirely new mobility system where the car is simply at the periphery.

Interesting point. Its hard to see the current Western mobility model becoming “sustainable”, even if EV’s had no carbon footprint. I agree with the author that in order for mobility systems to be sustainable moving towards more creating more walkable cities and greater reliance on public transit needs to be a bigger focus.

It’s true that electric cars are not the solution to the air pollution problem but, at least, it’s a start. The more effective strategy would be to change the conception of mobility itself, beginning with city transport and infrastructures. We all know that bikes and “legs” are better than a car, even if it’s electric. By the way in some cases cars are required, so let’s wait and see what automotive industry is up to! 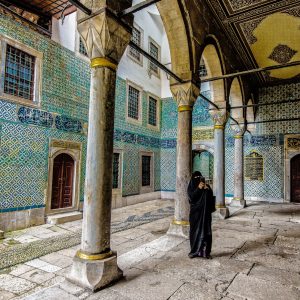 The concept of neoliberalism has revealed similarities between urban developments and resistance movements across the globe,...
© 2012 - 2019 The Protocity.com. All rights reserved.
Back to top