Gambling is officially forbidden almost everywhere in China, which of course does not mean that Chinese do not gamble. On the contrary, it is probably the favourite pastime of the average Chinese. They find two ways out of this problem: gambling illegally, or making a day or weekend trip to gambling paradise Macau. Macau has a special status in China since the Portuguese colonists handed it over to China in 1999. Just like Hong Kong, it is a ‘Special Administrative Region’, able to make its own rules and laws to a considerable extent. Macau had already grown into a gambling hub since the 1960s. The roots of today’s giant gambling industry even go back to the 19th century, when the Portuguese rulers were looking for new sources of income and allowed several – elsewhere forbidden – activities. So when Macau was allowed by China to temporarily keep its laws and regulations from Portuguese times, it was an obvious choice to invest in mass gambling. For a while it was known as the Las Vegas of the East; but meanwhile, Macau has overtaken Vegas as the world’s nr. 1 casino destination. 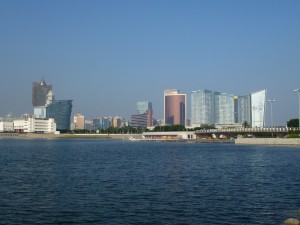 After a casino monopoly of Macau’s casino mogul Stanley Ho that lasted for several decades,  the Macau government broke up the monopoly in 2001 and the big international players entered the market. Several casino names in Macau will look familiar to those that visited Las Vegas earlier: Sands, MGM, Wynn etc. Macau also features the world’s largest casino complex: The Venetian Macau. Interestingly, all companies have to operate as a government franchise and play by the same rules. So the market is much less free than it may seem at first sight, when arriving by ferry in the Macau harbour and being ‘attacked’ by dozens of casino promoters and bus operators to the gambling resorts. Not easy to ignore them or try to explain them: that this is not what you came to Macau for… 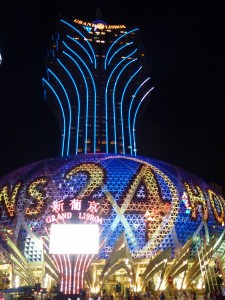 Millions of tourists visit Macau each year. Many of them in fact do not see much of the city, spending virtually all their time in the casino-hotel-entertainment enclaves that have meanwhile claimed ever larger shares of Macau’s territory. The casino economy is very invasive in a spatial sense: it has first claimed a large part of the coastline of the Macau peninsula, after which additional land was reclaimed to try to satisfy its seemingly endless appetite for expansion. Between the islands of Taipa and Coloane, an entire new casino island was created, known as the Cotai strip. More land reclamations may be added if the casino economy continues to grow.

But there is much more to Macau than the casino. For these tourists that prefer to spend their time outside the gambling world, Macau offers an intriguing mix of colonial and Chinese built heritage. It is easy to spend several hours strolling through streets feeling like a Chinese version of Lisbon, visiting buildings and ruins reminding of Portuguese military, political and religious influence, but also exploring some impressive Chinese temples. Like in any tourist city, though, it really matters which route you take: there are the unavoidable ‘tourist traps’ like the stairs leading up to the ruins of St Paul’s cathedral where everybody wants their picture taken with the ruin without anyone else on the picture (mission impossible) and the narrow streets leading to these stairs, full of shops and restaurants and (very) slow-moving tourists. But just a few streets further, Macau also has its quiet and tranquil spots. 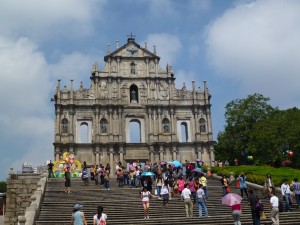 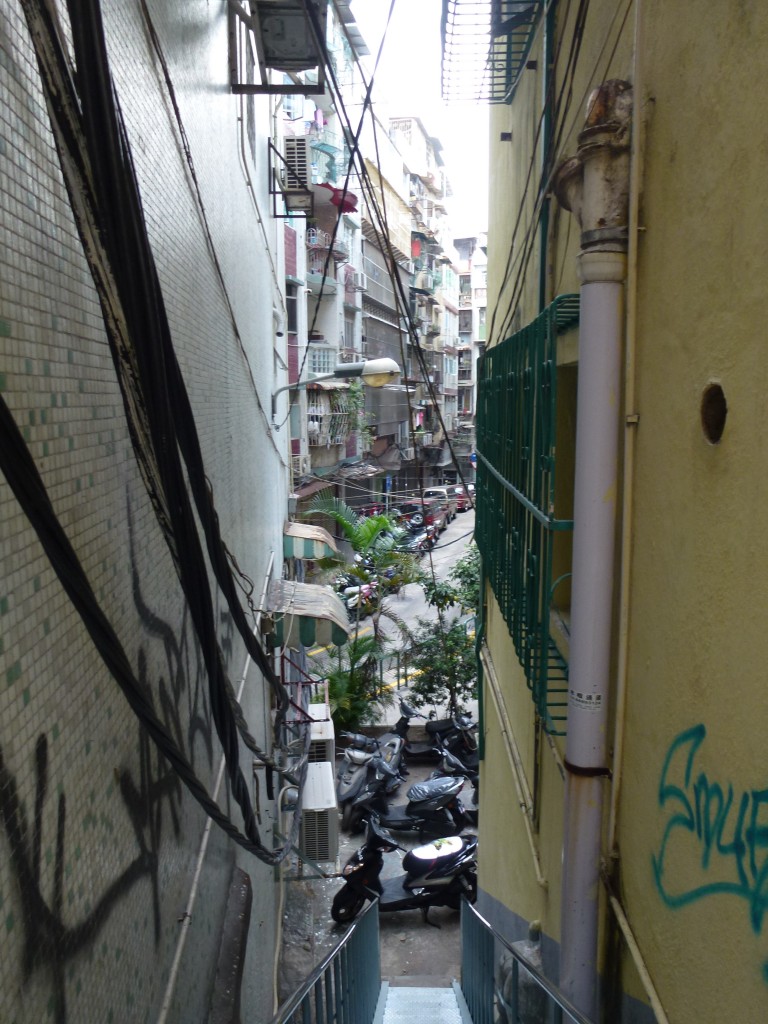 So there are many gamblers and many tourists. How about residents? Macau currently has an estimated 600,000 permanent residents and its population is growing quite fast. Most of them are living on the Macau peninsula; it is one of the most densely populated parts of the world. While a significant part of Macau’s working population will earn its money either in the gambling, tourism or entertainment industry and related businesses, several observers as well as the Macau government have become increasingly worried about the quality of life for Macau’s permanent residents. Will the ‘gambling world’ and the ‘tourist world’ expand further and push the residents into an even smaller corner of the city? Will new jobs in casinos, retail and gastronomy benefit Macau residents or rather illegal labour migrants from mainland China? Will the Macau government invest all its money in infrastructure and amenities for visitors, or also in improving the living circumstances of its citizens? How exactly are the relations between Macau’s rulers, legal casinos, and casino-related corruption and crime? And how to make sure that sufficient affordable housing will remain despite the rapidly rising housing prices? 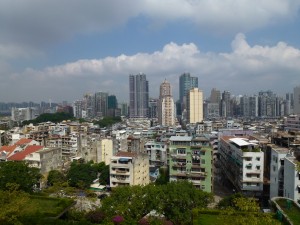 Where the not-so-rich part of Macau lives

Like Hong Kong at the other side of the Pearl River Delta, Macau has a semi-democratic status within China as a ‘Special Administrative Zone’. It has its own parliament, the Legislative Assembly, in which 12 members are directly elected and 10 members indirectly elected (out of a total of 29 members). So Macau residents can influence the policies of their local government by electing their own representatives. However, most members of the Legislative Assembly are rather representing business and elite interests than the interests of the average Macau resident. Moreover, Macau’s government hardly opposes the growth-oriented policy agenda of mainland China and with mainland China’s influence increasing, Macau’s citizens may lose their say in how their city will move on from here.

Macau looks very interesting, gonna have to visit it some day! Thanks for the great article 🙂 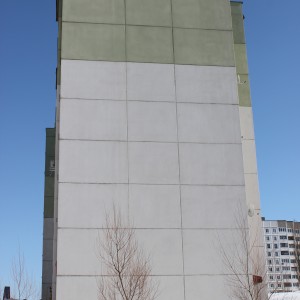