Welcome to Europe’s least discovered capital: Minsk. The streets are incredibly clean, people show discipline in all their daily practices and most parking places seem to be filled with expensive German cars. The atmosphere in the city is calm: no loud noises or sirens, no street vendors, no beggars or street musicians. The serenity resembles at best some Scandinavian cities. At least it is not what you expect in ‘Europe’s last dictatorship’. Taking a bus from the center to the outskirts (40 minutes, 15 Eurocents) shows the uniformity of Minsk’s mikrorayons (neighborhoods). At first sight, all the city’s 1,8 million inhabitants seem to live in comparable concrete high-rise apartment buildings (12+ floors). Only the wall paintings give the built environment some identity. Nothing hints at a strong concentration of the poor or the rich in separate neighborhoods. A visit to Minsk urges you to reconceptualize the city in general. Why is Minsk different from what we expect of a post-socialist city? 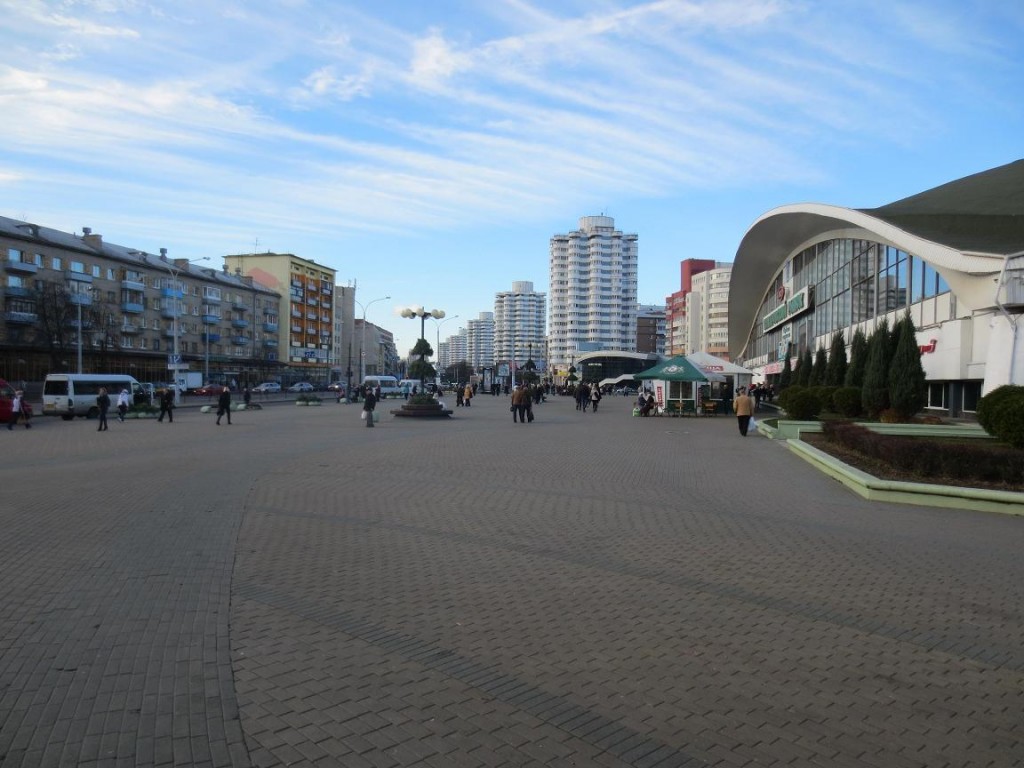 Let’s start with the expectations we have of post-socialist cities. Mina Petrovic comes up with the idea that post-socialist cities have followed essentially two typical pathways. The first is characterized by unregulated wild-west capitalism. In this scenario, national governments removed all former communist regulations, gave room to investors to marketize the urban space, after which polarized cities arose. Examples of these polarizing cities are Budapest, where global capital takes over the city center and realizes luxury housing estates, and Bucharest, where Roma are rotting away in their decayed and worthless neighborhoods. The second pathway leads to the formation of an ‘informal city’, resembling the Third World city. In this case, the government has deregulated the economy but the market did not take the initiative to invest in bricks and mortar. People found other ways to survive outside of the market. The most famous examples of cities following this path are in Albania and Kosovo, where 90% of the new housing production was carried out illegally. Both pathways rely on the assumption that cities could fall back on a ‘natural function’ that was suppressed by 80 years of communism, namely social interaction and exchange. Minsk cannot be described by one of these post-socialist pathways. Do we still have to consider Minsk as a communist city? No, because market processes are shaping the city. It is however important to understand why the Belarusian market follows a different logic than we are used to in the West. 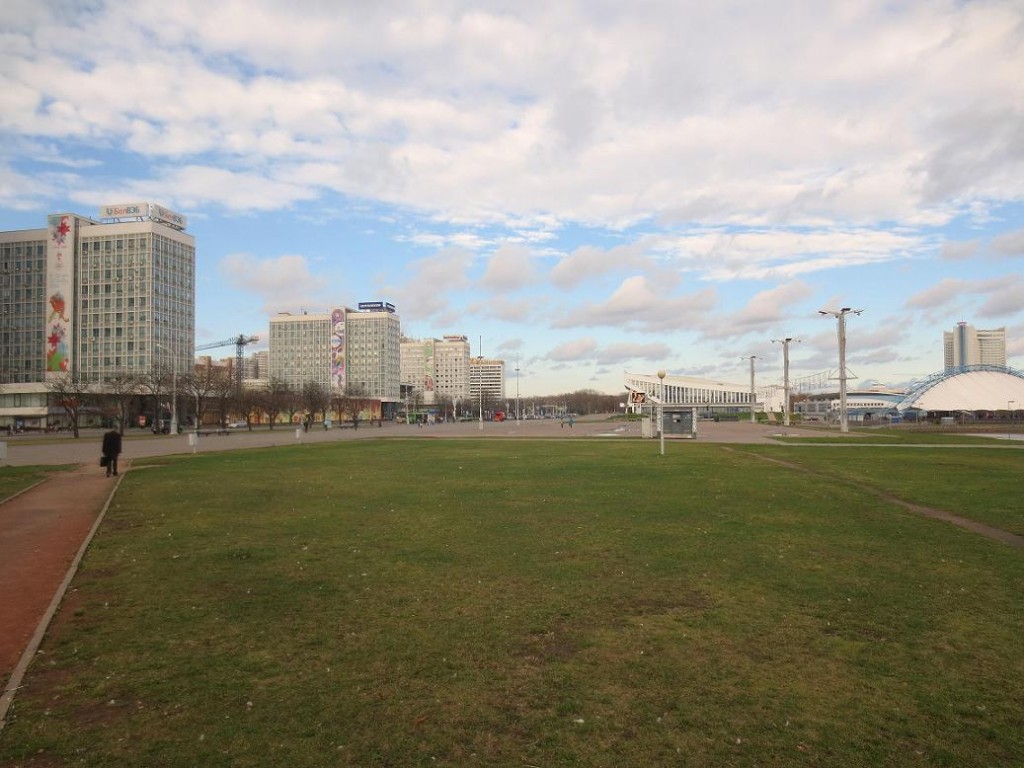 The city of Minsk does not need any direct government policy focused on social mixing to create a socioeconomic population mix in the mikrorayons; it is a situation that flows ‘naturally’ from the way the economy – and especially the construction sector – is organized. The most important disparities between classes have to be found within the neighborhoods, instead of between them. In most Western European cities, location is most important in determining housing prices. In Minsk, however, it is the physical quality of the apartment block that determines the price. Least popular are the Kruchevkas (low quality buildings from the Kruchev administration between 1953 and 1964), built on a massive scale to fight housing shortages. Since there is a central heating system (at a certain date – pretty late in the year – the government sets the heating to 25 degrees for the whole neighborhood) it is a huge advantage to have a well-isolated apartment. A city with a uniform postwar housing stock, where housing prices follow physical qualities instead of location, is not very prone to gentrification. Another reason why location matters less in Minsk than in Western Europe, is the availability of frequent and cheap public transport that covers the whole city. This makes a residential location close to the workplace or the center, at least in a functional way, less important. Nevertheless, the absence of gentrification and the relative small role of location in housing prices can, in my eyes, not only be explained by the physical structure of the city. Instead, we have to look into the political economy as well.

The government does not directly influence housing allocation, but the government has a considerable hold on the construction market. There are, broadly speaking, four ways to obtain an apartment in Minsk. The first option is to obtain a dwelling via your employer: factories that built housing blocks for their workers. This is the old-fashioned communist style of ‘doing housing’, which more recently became rare. The second option is limited to families with five or more children. The government provides them with free housing. In both the first and the second case, it is possible to buy the dwelling from the government or the employer for a reduced price after a couple of years. The third way is collective construction. The government starts building a standard block of apartments when enough people have enrolled to start construction. Finally, it is possible to buy or rent an apartment on the free market. The availability of the above-mentioned schemes is likely to lower the prices on the ‘free market’. Still, house prices are considered high in Minsk. It is not unusual that people spend half their income on housing. But why, if the government does not intervene in the allocation of housing, is it possible that we see far less socioeconomic segregation than in other cities and why does gentrification not occur? 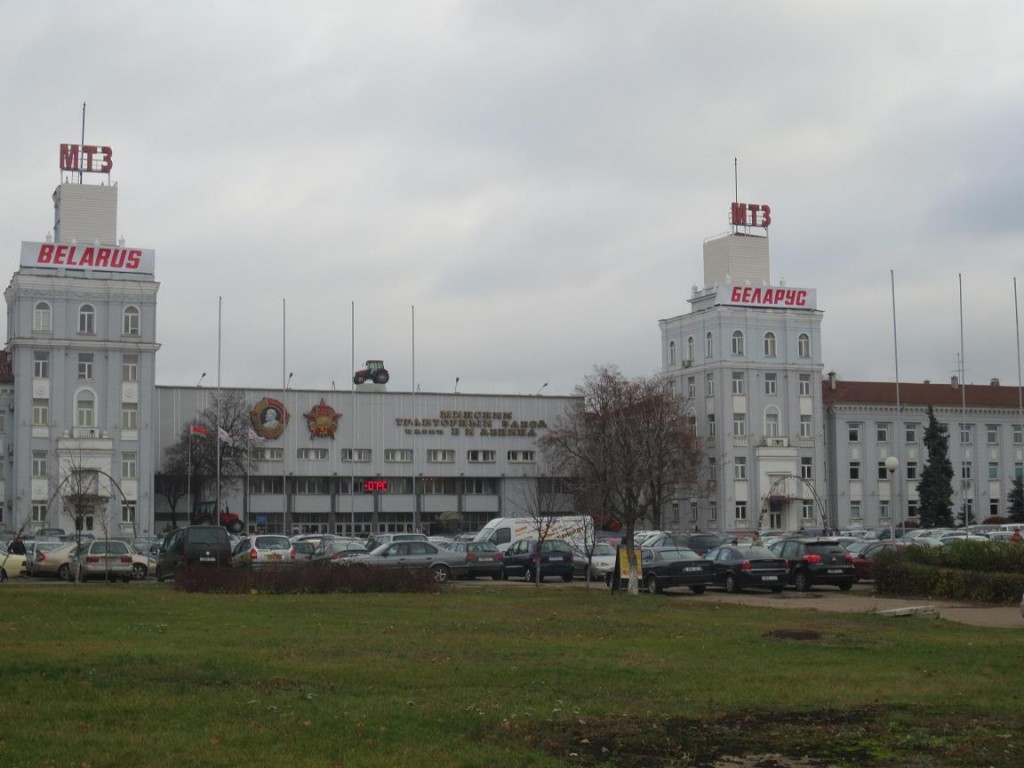 Stranger in our midst?

Spatial centrality, one of the driving forces of urban restructuring in Western cities, has a different meaning in the type of market economy Belarus is. This shapes the way people use the city and determines the pressure on the real estate market. Therefore, it does not develop in the direction of an ‘unregulated capitalist’ city, where rent gaps determine investments, or like a ‘Third World’ city where the market is not able to value location. Unlike other post socialist cities, the Belarus Government, since 1993 headed by Alexander Lukachenko, was able to prevent the collapse of the Soviet industrial system. By becoming more inward looking, and erecting import restrictions, Belarus became a successful substitution (market) economy. In the Soviet era, Belarus was already one of the industrial superpowers within the USSR. Nowadays, the country is able to produce most products demanded on the local market, and to export the surplus of televisions, clothes, tractors and dairy products to Russia, where they form a less costly alternative for western products as well as a qualitative alternative for products produced in Russia itself. For Belarus, this ‘aberrant’ pathway focused on industry creates wealth and prevents a postindustrial turn to take place. Cultural industries are just a small part of the economy. Therefore, urban meeting places are of less importance, a residential location near the factory even more. Cars and other luxury consumption goods are in the Belarusian culture used to depict social status, not housing. Furthermore, the government plans all kinds of amenities in every mikrorayon (public supermarkets, health facilities, commercial shopping facilities), making people less dependent on services provided on central locations. 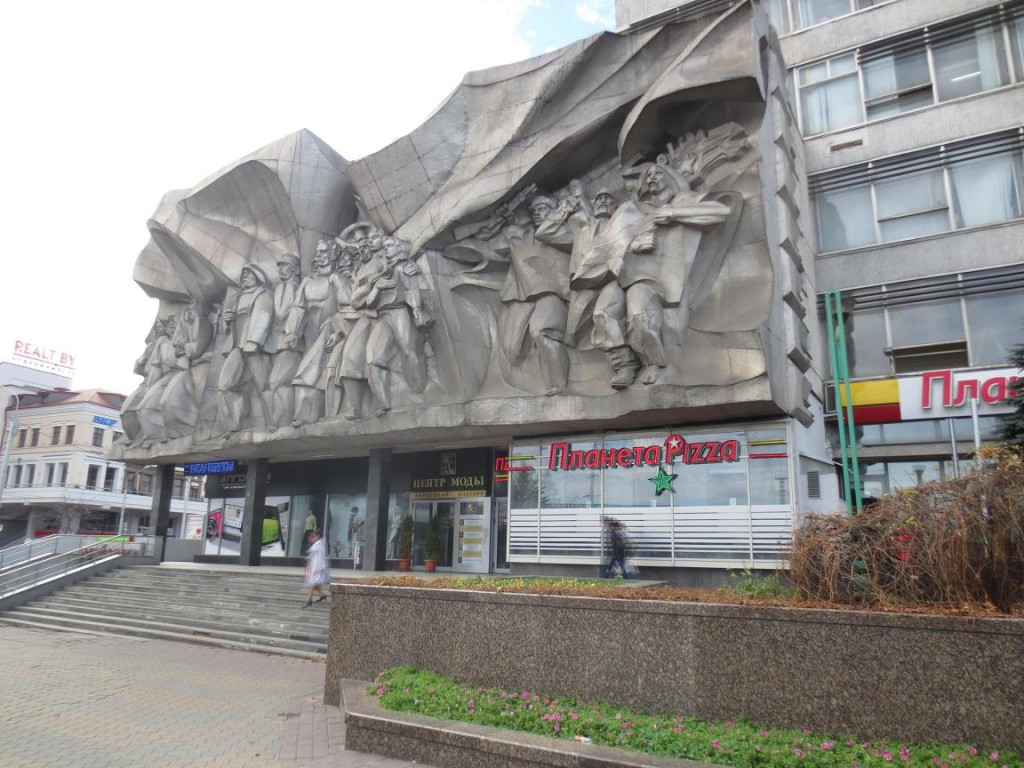 The Soviet past still shapes the identity of Minsk (Photo: Barend Wind)

Most residents of Minsk do not have what people in the West would describe as an urban lifestyle. Instead they are, like a common Russian saying ‘peasants, piled in apartment buildings’. The political economy in Belarus makes the concept of the city an area with overlapping (hierarchical) service areas and functions. The combination of a deconcentration policy for services, a regulated and closed market economy with a focus on industry, results in a housing market where prices are based on physical characteristics of dwellings. The political economy changes the market in a way that no rent gaps between different locations arise, preventing social polarization and gentrification to happen. Although Minsk’s mikrorayons are far more equal than their counterparts in other cities, Minsk is no paradise. Especially not for young people, for whom it is hard to get access to affordable housing. At the other hand, the city represents an urban and economic model of which we thought that would die automatically after the collapse of communism. Instead, I would conclude, the World Bank and IMF have actively cut off this pathway for many other post-communist cities. In doing so, they killed the ‘Minsk mode of urbanism’ and gave room to unregulated capitalist cities and Third World cities to arise. However, the Minsk mode of urbanism represents, even in a post-communist market economy, a viable way to develop a city. It is time to reconceptualize what post-socialist cities are, and can be.

Barend completed his Masters in Geography and Sociology in Amsterdam. Currently, he is working as PhD-candidate at Tilburg University. His research focuses on the inter-relatedness of housing and the welfare state.

“Since there is a central heating system (at a certain date – pretty late in the year – the government sets the heating to 25 degrees for the whole neighborhood)” coming from my standpoint across the pond, that seems absolutely nuts. Is this a Minsk thing or are neighborhood heating controls common throughout former Soviet Republics?

Thanks for commenting, John. It is quite a strange system. but is it common throughout the former Soviet Union. In most post socialist towns, there systems are replaced by individual systems, but in Minsk these central/ neighborhood heating systems are still in place. Even the new developments are built this way. 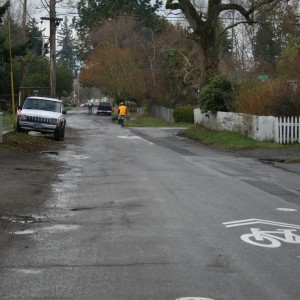 The American Biketopia? Searching for the words 'USA' and 'cycling' will quickly lead you to Portland, Oregon. Coming...
© 2012 - 2019 The Protocity.com. All rights reserved.
Back to top