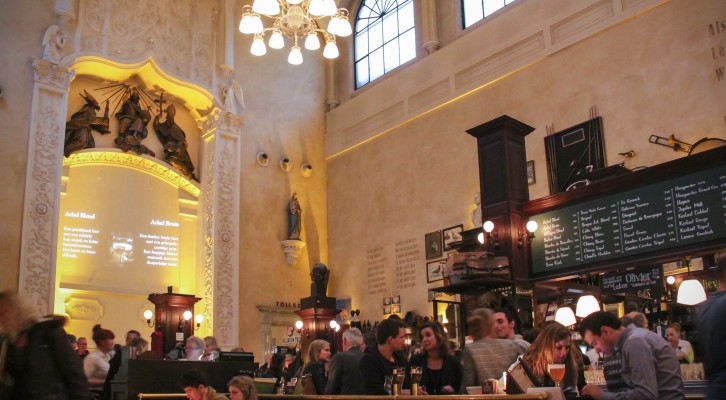 The reuse of churches in the Netherlands

Although the vast amount of Belgian beers makes Olivier (a beer café in Utrecht) immensely popular, the place will probably leave you with a sore throat at the end of the night from shouting across the table to your drinking buddies. The acoustics in Olivier are a remnant of its former purpose as a Catholic church and the high ceilings echo sound in a way that must be great for choir practice but doesn’t work that well for group conversations. Charmingly enough, the organ and some religious texts are still on display inside Olivier. Just like you can still see stained glass in Amsterdam’s Paradiso (church turned pop temple) and Arnhem’s Skatehal (church turned skaters’ paradise). Adaptive reuse of churches in cities across the Netherlands is not rare anymore, Paradiso was opened in 1968 and since then various empty(ing) churches followed suit. And it’s not a purely Dutch phenomenon; cities across Western-Europe are developing their churches to suit today’s needs. What initiated this trend and what does it say about our European cities today? 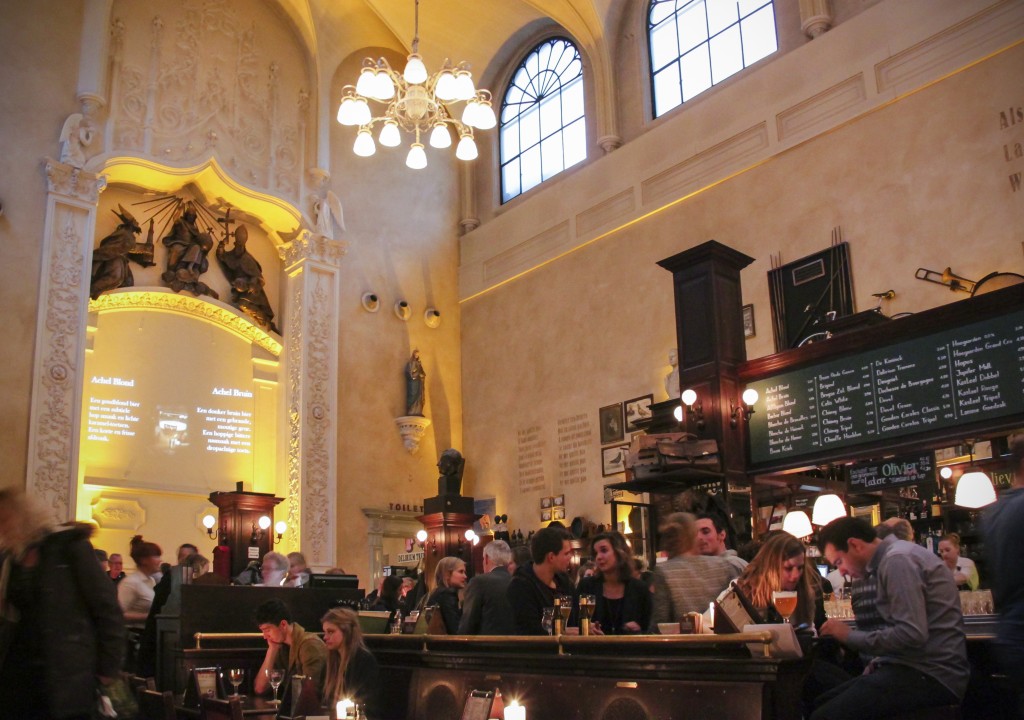 First of all, empty churches signify one thing: secularization or the deinstitutionalization of religion which translates to a lack of social and financial support. In 2012 59% of the Dutch population declared they never go to church and among those who do go to church, the frequency is decreasing. Also, it appears that urban church members are the least likely to visit a church. While secularization is not strictly an urban phenomenon, it started and accelerated in cities as compared to rural areas which are now catching up. Following this, revamping church spaces seem like a pragmatic approach to opening up badly needed space while at the same time preserving heritage.

What are these new spaces used for? A quick internet search for adapted churches shows that they are now mostly used for recreational and residential purposes. These ‘new’ spaces could perform a social function that is quite similar to what the church did originally. As a café, skatehall, music venue or museum these revamped churches could serve as a third place for city dwellers, a place between home and work. Following Oldenburg’s description of a third place, these spots can be neutral ground where people can establish informal relationships and extend their social horizons by coming into (fleeting) contact with all kinds of people.

In the case of residential churches I think that we could speak of a movement to post-religious uses of space just as Hamnett and Whitelegg speak of a movement from industrial to post-industrial uses of urban spaces in their discussion of loft development in London. Similarly, the popularity of old churches is related to the changing demand for space in central urban areas amidst rising property prices and the architectural distinction that attracts urbanites. As loft-dwellers endeavor to maintain the industrial look and feel of old factories for example, so do church-dwellers retain some religious aspects of their new homes. This keenness for authenticity and centrality is typical for middle-class and – dare I say it? – hipster city dwellers who can afford loft-living.

For these religious sites to be turned into something else, church authorities must be open to adaptive reuse of space. While the parish is to be inclined to opt for non-sacrilegious use of their church, the aspect of financial viability is still paramount: can the alternative cover the costs of maintaining the church building? Planners tend to lean towards profitable reuses of urban space but community pressure should not be underestimated. This draws attention to the dangers of ‘creative city’ policies and the celebration of certain groups over others.

To conclude, the adaptive reuse of churches in Dutch cities reflects different trends in society: secularization, the growing demand for ‘authentic’ locations in the inner-city, the social functions of space in the city and creative city policies in urban governance. The phenomenon sheds light on a particular aspect of urbanism today and the tension between profitable use and inclusive policy. Additionally, I do not assume that all empty churches will follow a similar path to the ones described here. I can imagine a significant number could turn into houses of worship for other denominations or religions, especially for the growing numbers of Evangelical Christians and Muslims in the Netherlands (Fatih mosque). Finally, it is interesting to note that like most trends there is an urban to rural spread: because secularization is speeding up in rural areas as well, it could be expected that more and more churches there will be adapted for new uses in the near future as well.

Afra Foli is an Urban Studies graduate student at the University of Amsterdam. She is interested in the everyday lives of urbanites and how they relate to patterns of opportunity and inequality in cities. Her current research looks at urban middle-class families and their social reproductive strategies. 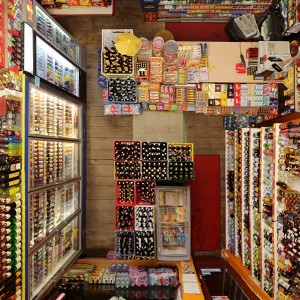 Around a week after I moved from Berlin to Amsterdam, I was out at night taking a walk when a sudden craving for chocolate...
© 2012 - 2019 The Protocity.com. All rights reserved.
Back to top