Porto and its shrinking city centre

On The ProtoCity we have written on the shrinking periphery of the Netherlands and its shrinking city Den Helder. But shrinking is not restricted to small cities and peripheral regions near international country borders. Shrinkage is also present in the interurban structures of large metropolitan areas, where municipalities compete for business and inhabitants of the upper economical classes. Let me take you to Porto, one of the cities in which hosted the European Championship of Football in 2004, home of the port wine and FC Porto (and also Boavista, currently relegated to the 3rd division due to corruption scandals). 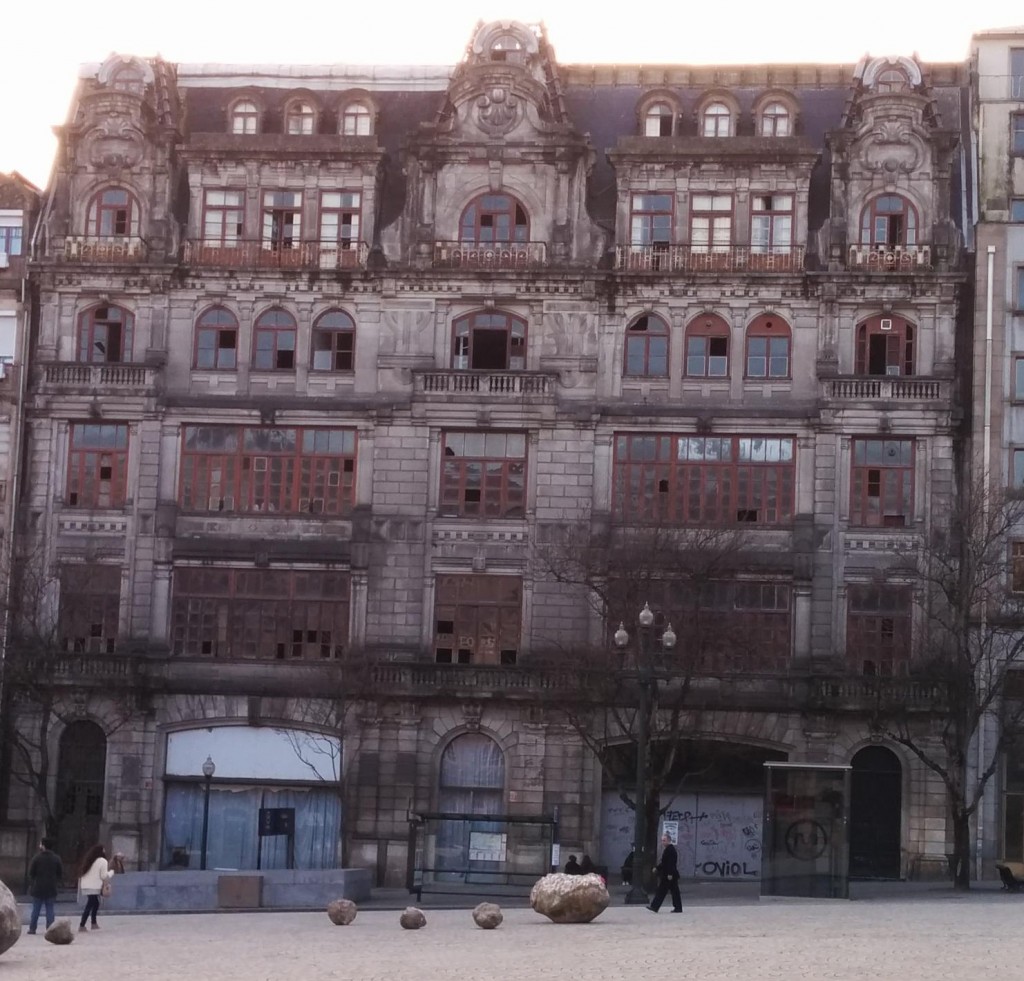 Porto, the second largest city of Portugal, is inhabited by 1.4 million people in its urban area. The city features several historical bridges which connect the two sides of the Douro river valley, dividing Porto. On the one side lies the old city centre, declared UNESCO World Heritage in 1996, on side lie the wine cellars of Vila Nova de Gaia. The old city centre has a rich architectural collection of buildings from the 18th and 19th century, the golden times for the city. English traders set-up trading posts to export Port wines to mainly the English market. The city of Porto profited from this, as the Baroque architecture from that age bears witness. Port wine export flourished and trade with its colonies in Africa and Southern America reached its high points in that period.

One can notice the rich history of the city through its urban appearance. Monumental Baroque buildings are frequent in the city, and its squares telling the story of rich old times. However, the city seems to be transformed in a city in of ruins nowadays. Many historical buildings are damaged because of the years of vacancy and lack of maintenance. 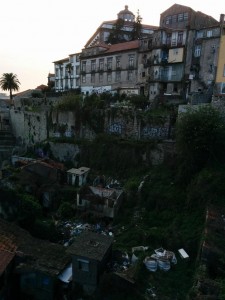 Trash next to the Dom Luiz Bridge

While the city has seen a boost in urban renewal in the 2000s owing to the nomination as the European Capital of Culture in 2001 and the 2004 Football European Championships, as mentioned above, there still is much to effort necessary to enjoy the building heritage of the golden era of Porto. To preserve the rich history  expressed by the architectural splendour the city centre was rewarded UNESCO World Heritage status in 1996. However, when walking through the city one wonders why the city is not putting more effort into presenting its historical district as a true heritage site. Ruins and empty historical buildings are omnipresent, especially on the most important historical sites: the central square Avenida dos Alliados holds several empty buildings clearly lacking maintenance with broken windows and eroding walls. The Dom Luis bridge (see gallery on the bottom of this article), designed by a companion of Gustav Eiffel, is surrounded by ruins and trash on the side of the historical center.

In the 1970s and 1980s the city grew rapidly. In the 1980s though 100.000 inhabitants have left the municipality of Porto for the surrounding municipalities. This is one of the reasons for the large portions of real estate being on the verge of collapsing. While developers built large modernist residential housing on its outskirts, the city centre was abandoned.

Porto’s decaying city center retains a particular charm by exposing the city centre to decay. Only some parts  were redeveloped with post-modern architecture, as for example Rem Koolhaas’ Casa da Musica constructed in 2005 and lying in the middle of an area which has seen some recent redevelopments. In the course of the big events in the 2000s, a metro system was constructed crossing the city with six lines. Branding the transport system as a metro is a smart way to attract EU funding, as the metro carriages are powered by overhead lines and have clear resemblance with tram vehicles. Thus, the city of Porto seems to know exactly what they are doing, the task for Porto is now to put their know-how into the task of stopping urban decay in the city centre. 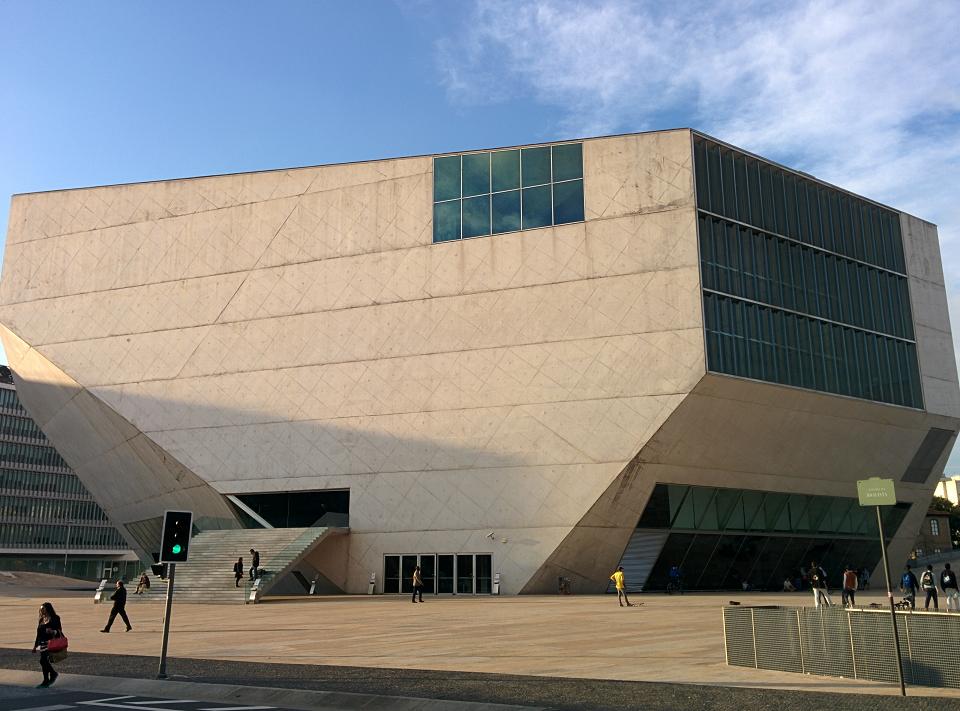 Quite outstanding for a city with such a rich history, the city of Porto offers the possibility to experience decay, as many buildings seem to lack any maintenance since their construction. The charm of a city partly in ruins is something particular, many buildings are in need of renovation or else  they will collapse because of their neglected condition they are currently in. The many abandoned buildings in the city centre, are beautifully designed, so there is hope for investments in their renovation. Porto is definitely a city to enjoy pleasing to the eye of any architecture fanatic. Regarding the culinary pleasures, I suggest you try the Porto version of the ‘Heart Attack Burger’, the “Francesinha“.

Photos are own material of the author 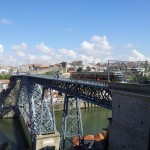 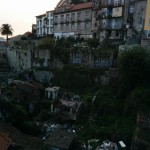 Trash next to the Dom Luiz Bridge 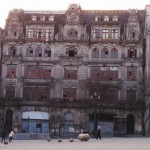 Ruin on the Avenida dos Aliados 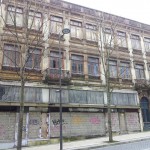 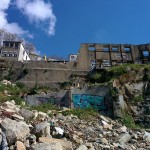 Ruins next to the Douro river 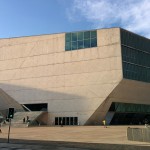 We recently visited Porto and were similarly surprised by the number of abandoned buildings.
Many however appear to have been empty for many, many years well over 50 possibly 75 or more.
Why were so many just left, surely not just population moving out?

Hi Clive, interesting observations, I also noticed that the buidlings must have been abandoned for a long time.

Probably it is a several developments in connection to each other: shops, offices, etc moving as the result of population moving out. But also functions in the central areas losing to competition in the periphery of the city (large scale shopping malls etc.).

Hi! I think you have missed a part of the problem of why the city is in such decay. There are ancient laws keeping the rents artificially low. Property owners end up not having enough money or interest in preserving the buildings

Have a nice day 🙂 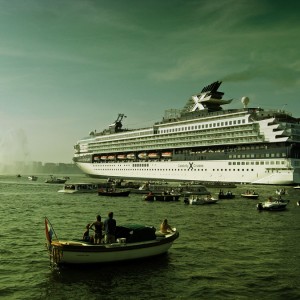 Disclaimer: this article was meant as an April Fool’s Day article. Leaked classified memos from the City of Amsterdam...
© 2012 - 2019 The Protocity.com. All rights reserved.
Back to top