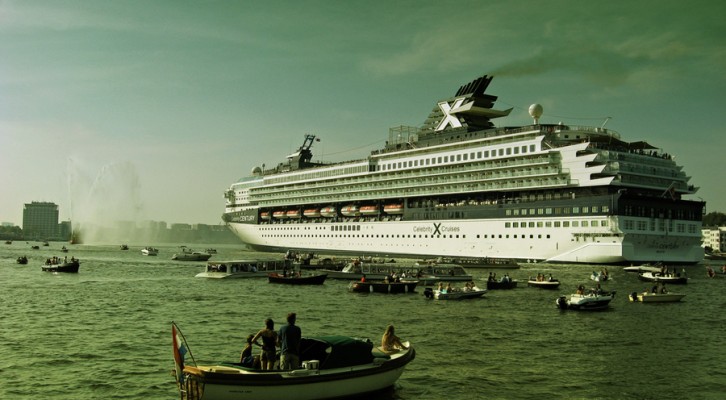 Disclaimer: this article was meant as an April Fool’s Day article.

Leaked classified memos from the City of Amsterdam suggest that the controversial plans to construct a cruise ship terminal at NDSM-werf, which had been stalled for years, will finally go ahead thanks to funding from Bitcoin inventor Satoshi Nakamoto.

Tourism Investments in Times of Crisis

Over the past decades, the numbers of tourist visitors in well-preserved historical European cities kept on rising rapidly. This has often led to heavy debates among different stakeholders: opposite to liberal political parties and entrepreneurs, who stress tourism is a great opportunity to boost the local urban economy in many ways, there are always concerned citizens that see their former residential neighbourhood slowly but surely transforming into something that rather looks like a theme park. Also, parties on the left side of the political spectrum often state that public money should not be spent on city marketing campaigns, but rather on solving societal issues that are often occurring on the less touristic modernist outskirts of the city. 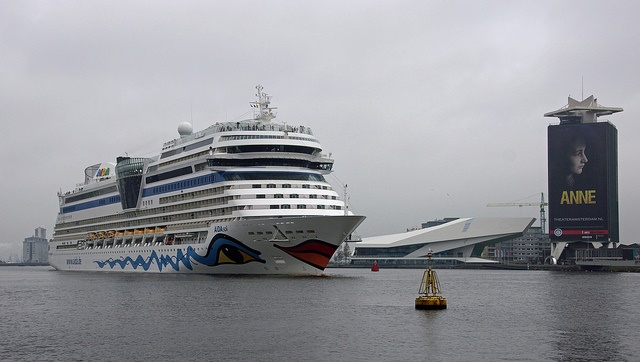 Amsterdam definitely is a city where this debate takes place today: according to this Dutch report, many people are worried about the increased crowds in town. The number of cruise passengers that visited Amsterdam increased from 175.000 in 2001 to 592.000 in 2012. In the meantime, the municipality is the biggest sponsor of Amsterdam Marketing, while it has thus considered for a number of years to construct a second cruise terminal. Since the social liberal party D66 recently won the elections and took over the leading position of the Labour Party for the first time since 1946, it can be expected that investments in order to attract even more tourists will increase.

The main problem here is that, as a result of the economic crisis, the financial situation of Amsterdam has significantly worsened over the last couple of years, making the financing of large projects difficult. Seemingly blinded by the desire to achieve higher rankings on the lists of European tourist destinations, Amsterdam is now considering this remarkable expansion in order to grow the city’s capability to accommodate visitors.

“The current terminal is at the top of its capacity. Already, we get at least one large cruise (2.500+ passengers) a month. Together with the rapid growth in this industry and the competition of cities such as Copenhagen and Hamburg, it becomes a necessity to invest in a second terminal.”

Not only private stakeholders such as Kouwenberg subscribe to his feelings, also the municipality is in favour of the plan, as strategic manager in planning (Dienst Ruimtelijke Ordening) Jeanette Verschuuren states:

“Amsterdam is missing out if it does not invest in a second cruise terminal. It will benefit not only the local businesses in Amsterdam Noord, but will have a huge impact on the whole economy. It will have tremendous effects on Amsterdam Noord as a whole, the inner city businesses and it is not farfetched to state that it will eventually trickle down to the lower socio-economic segments of our Amsterdam community. The only problem now is the money to invest.”

And there, Jeanette Verschuuren seems to pinpoint to the main issue of the second cruise terminal: where does the municipality get its money from? 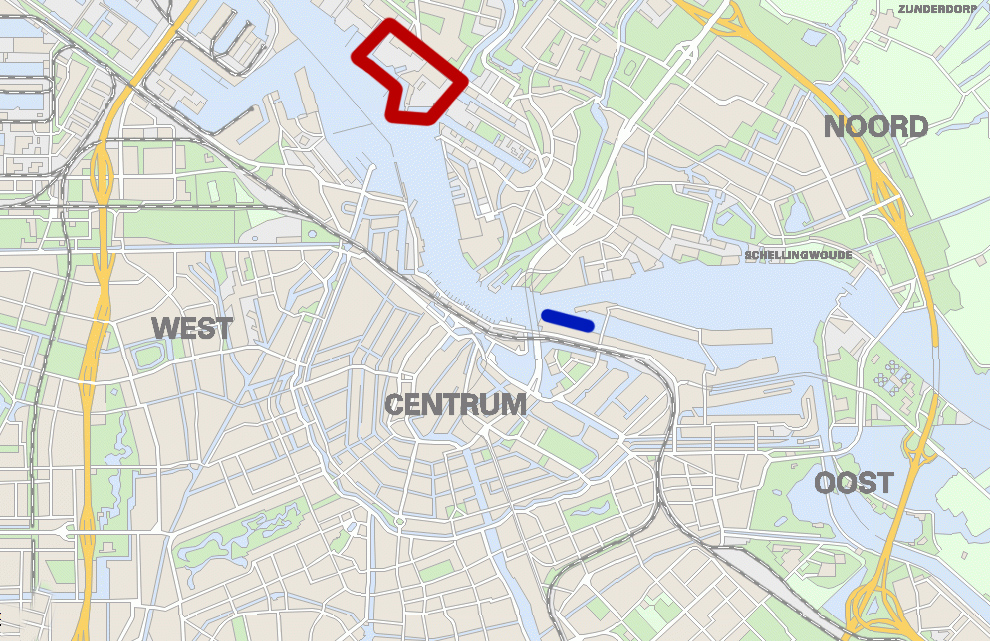 The ambitious terminal project, located in Amsterdam’s NDSM-werf, will have an unusual source of funding: Satoshi Nakamoto, the suspected brainchild behind the world’s most prominent cryptocurrency, Bitcoin. Nakamoto’s bitcoin holdings are thought to be in excess of $1 billion USD and there has been rampant speculation regarding how Nakamoto is managing his portfolio and what the fallout effects of unleashing even a fraction of 4% of the bitcoins in existence would be. Despite Nakamoto’s public claims that he has nothing to do with the currency, today’s revelations suggest that he is interested in unloading the bulk of his portfolio in Amsterdam.

As Satoshi Nakamoto’s first known exchange of his immense bitcoin fortune, Amsterdam’s waterfront redevelopment will overcome the considerable funding shortfalls that have plagued the plan for years. Dutch municipalities and domestic investors have been reluctant to fund megaprojects since the global economic crisis hit the small Western European nation, while foreign private investment has generally concentrated in the world’s few booming urban economies or tax havens.

Accepting the cryptocurrency as payment is another step in Amsterdam’s path towards becoming a smart city improved by revolutionary technological developments, as evidenced by attempts to establish Amsterdam as a hub for mobile app development and attempts to technologise the city’s parking lots. No other city in the world has, as of yet, invested in the digital currency that experiences wild fluctuations in value. It is a bold, forward-thinking, and risky move for the freshly-elected D66 city council, a social liberal political party.

The new cruise terminal is planned to be located at the NDSM-werf, a former wharf that has been temporarily used as a creative area, where temporary facilities such as cafés and flea markets contributed to an edgy vibe. The NDSM terrain has always been a great example of temporary use of neglected urban space.

Thanks to this new mega investment, the vast and under-used space can finally be developed into an economically promising area that would boost the image of Amsterdam Noord, which, until now, always have been ‘that part of the city on the other side of the water.’ The still-new EYE Film Museum and a new subway line that will likely be operational in 2017 will definitely change the atmosphere of the now still mainly residential and industrial area. 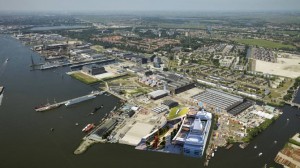 The city council deems the terrain as the perfect location for a second cruise terminal for several reasons. Foremost, it will create a whole new nautical center in the western part of the IJ’s waters. Currently, the terrain already contains a harbour for small yachts and several luxury hotels, of which one exists out of three suites and a Jacuzzi in the iconic NDSM crane tower. The NDSM terrain is also perfect for organizing boat shows and other nautical events: For instance, the annual HISWA Aquatics fair is located at the former ship wharf. Ships will be the dominant theme at NDSM and the aim is that this will attract a variety of marine-related new businesses.

What will be possible effects of these investments? From other examples around the world, we learned that tourism is a mayor driving force for neighborhood change, such as in the Red Light District in Amsterdam or Kreuzberg in Berlin, where existing structures and uses are removed and replaced by others. With the opening of the cruise ship terminal, it will only be a matter of time before a new type of users will be attracted to the area: tourists. Existing venues such as pllek, Café Noorderlicht, and the large IJ-Hallen flea market will have access to a whole new group of customers with the cruise ship passengers boosting their business. However, we can imagine that these facilities will quickly lose their image as creative places and will be replaced by more luxurious establishments that are more appealing to the new public. The shiploads of cruise ship passengers that will board and disembark in the new cruise ship terminal need different facilities that do not exist yet. Hotels, bars, or restaurants that cater to the demands of often well-off cruise ship passengers are required in order to keep the rather remote location of NDSM attractive for cruise ship tourists before they start their transfer to the city centre. In this way, the new cruise terminal will be a huge boost for development in the NDSM terrain.

Some important questions arise when looking at this project. First, there is an issue regarding transport. Cruise ships can accommodate thousands of passengers, and the remote location of NDSM comes along with inferior public transit connections to the city centre. The small ferries that are in use now will not able to bring the masses of passengers to the city center. Second, it is questionable if it is fair to develop another area of Amsterdam – where space is scarce and thus expensive – into an exclusive neighbourhood which only caters to well-off visitors and tenants. The creative pioneers that made NDSM attractive for development in the first place will suffer under the pressure of development. Having in mind all the creative businesses that are located in NDSM at the moment, one wonders if Amsterdam isn’t better off in providing affordable space to the creative industries that cater to the reputation of Amsterdam as smart, innovative, and hip city, rather than dip into the high-class tourism sector.

This article was meant as an April Fool’s article for the purpose to invoke discussion/bring to attention the discussion about the purpose of large infrastructural project. In this article specifically this was explained by the hypothetical situation of choosing the option of bringing in cruise tourists through investments in a second terminal in favour of investing in other maybe more desirable neighbourhood causes.

Fune Tsuka is an urban planner and PhD candidate at the University of Amsterdam, where her research project focuses on corruption in urban megaprojects in Moscow, Dubai, and Amsterdam.

I guess a true social liberal would do the most to accommodate these demands of the market, while at the same time try to include local residents’ opinions. Is this such a bold political manouvreing?

On the note of the investment being a bold and forward-thinking move, using bitcoins as a currency for investment is absolutely bold. This has never happened before in the currency’s history. 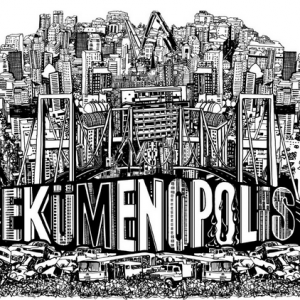