Woe to you the day it is said that you are finished! To finish a work? To finish a picture? What nonsense! To finish it means to be through with it, to kill it, to rid it of its soul – to give it its final blow; the most unfortunate one for the painter as well as for the picture.”

Building on the above statement by Pablo Picasso, rapper Kanye West crafts in a new way in music with his latest album “The Life of Pablo”. The album is a work in progress, an ever-evolving piece, “a living, breathing, changing creative expression”, as West declares himself. “The Life of Pablo” was first released on February 14th 2016 and is only available on online streaming platforms (it will never be sold as a physical copy, says West). Since its release, it has received already numerous updates. The track “Wolves” now features a contribution from singer Sia, and Frank Ocean’s outro to the song has become a separate track titled “Frank’s Track”.

Some claim that with this move, Kanye is changing the music industry. By cleverly making use of contemporary streaming technology, the rapper is certainly redefining the way in which music is being produced and how we consume it. West brings the production of his music in a state of becoming, makes it ephemeral, and, as such, demands his fans, the consumers of his music, rather to “subscribe” to his evolving album than to simply buy a finished copy of it. What Kanye basically has done, is that he took Picasso’s idea of works of art being ever unfinished, and, through technology, creatively applied it to his own profession. But what if we now, similarly, take Kanye’s idea, and apply it to our profession? Can we make smart use of technology, too, and change the ways in which we produce and consume academic knowledge?

What would it mean to academia if we explicitly bring our research results into a state of ephemerality? Would it make sense to strengthen the arguments that we make in our articles by updating them with references to the latest researches over time, similar as to how Kanye West provides a fuller sound to a track by adding more gospel vocals? Could we gain new insights into existing researches if we constantly remix, tweak and add? Would it be useful to provide others a peek into the process of our research by opening it up as a work in progress from an early stage?

This article is unfinished. It will evolve leading up to the “Consuming the City” seminar held at Pakhuis de Zwijger on the 6th of June. I invite you to think along of what a “streaming” platform for academic knowledge would look like, and how it could change the production and consumption of academic knowledge for the better.

Not only the “becoming” aspect of Kanye’s music is interesting to learn from. As mentioned, the online element of it is just as fascinating. It is essentially what opened up to Kanye the possibility to engage with the concept of becoming, and to redefine music. But what possibilities provide “the online” other than direct engagement with the ontology of becoming, and in particular for academia?

Most academic articles today are being published online, but they are basically merely digitalized versions of printed ones. When something would be published online only, opportunities arise for engagement with other media than text and image. On an online platform for academic knowledge, research could be presented with the inclusion of sound, of video, and of animation. And with technologies rapidly developing and advancing, we may even be taking things a step further. What about immersing the consumers of our researches into our studies by making use of virtual reality headsets? 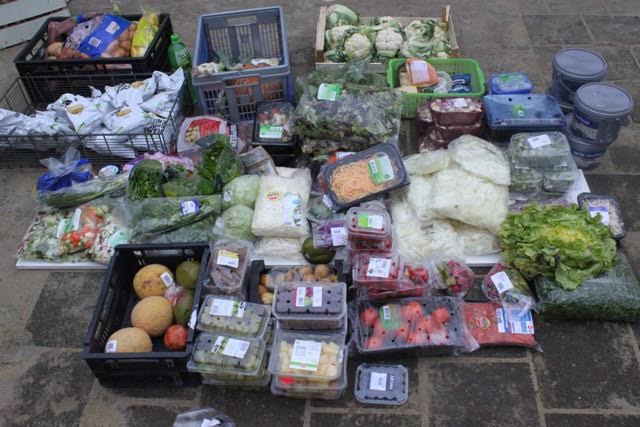 As consumption seems virtually impossible to escape in the city, we should look at the ways in which urban residents can defy...
© 2012 - 2019 The Protocity.com. All rights reserved.
Back to top