Cycling in Vienna: Getting less suicidal

Most of us agree that Vienna is notoriously famous for things like Würstelstand, Mozart, Sissi and Beethoven, but certainly no one thinks of Vienna when talking about cycling. Not surprisingly! Cycling has always been the unloved step child of domestic traffic policy which was focused on the implementation of an extensive, frequent public transport network; quite successfully, as we would say. Thus, cycling infrastructure was poorly developed when compared to other same- sized cities as the bike path network was fragmented and small (see slalom pictures below). 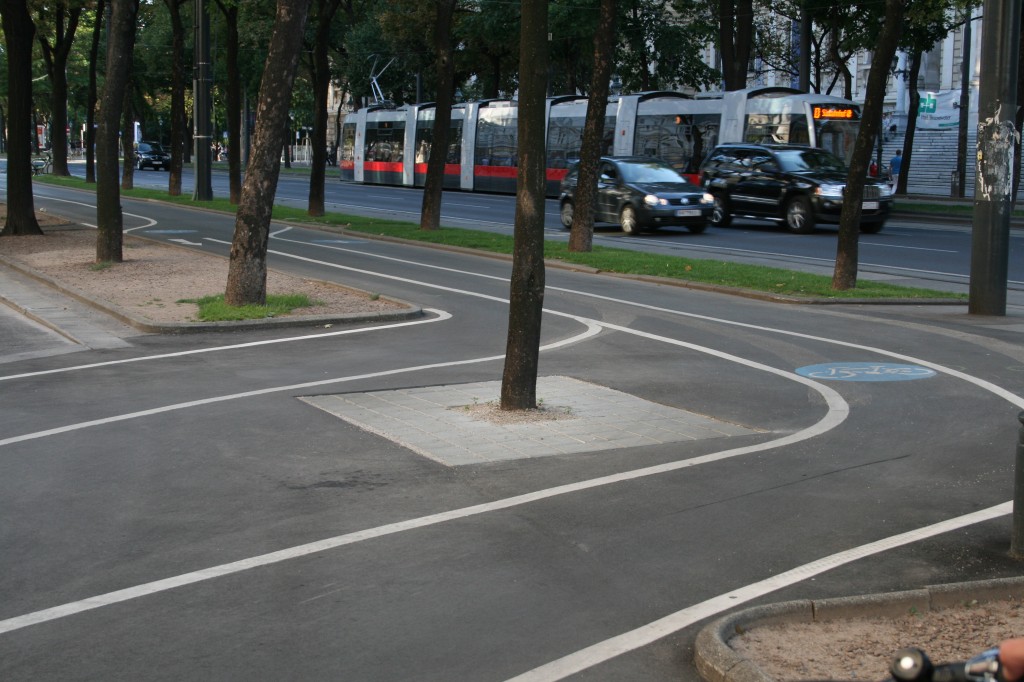 In addition, the Viennese temperament is characterized by old- fashioned politeness penetrating all areas of everyday life including traffic. Still, politeness in traffic is a very fragile sentiment, and especially between car drivers and cyclists the courtesy comes to a quick end. Dialogues between car drivers and cyclists do not follow the usual ‘Küss’ die Hand’ (a very charming way of expressing respect and appreciation for someone) – codex, but the more down-to-earth ‘Schleich dich, du Trampel’ (something like: ‘fuck off, idiot’) harshness. Cycling in Vienna has for long been nothing for crybabies. It was hard, it was dangerous, it was for tough guys and girls only. 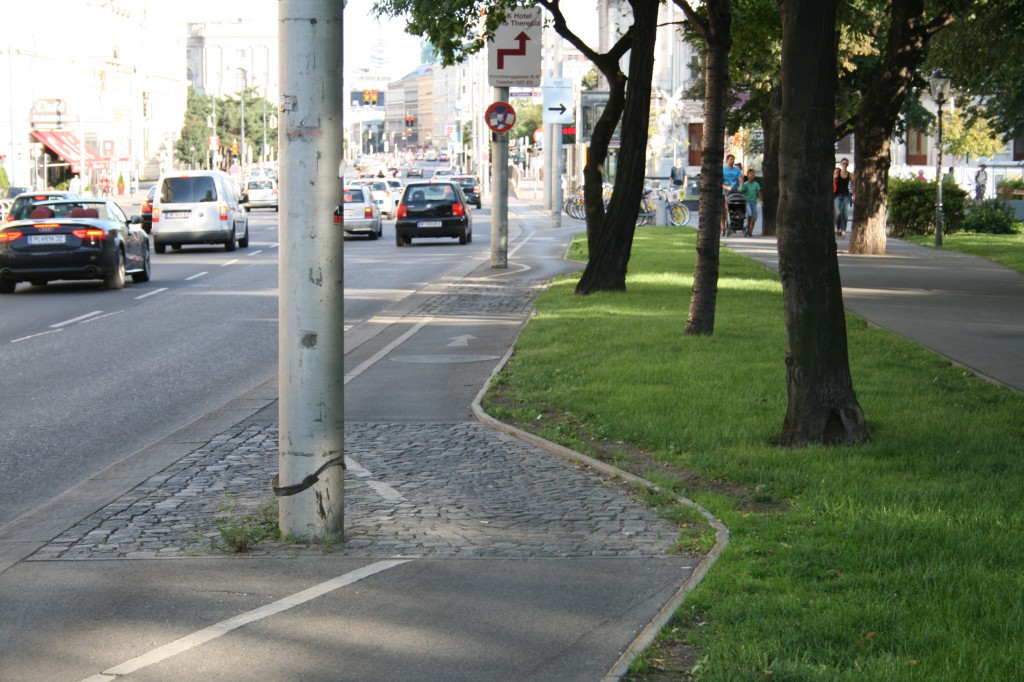 BUT: something has changed. Something is different now. In introducing the concept of rental bikes throughout the city, a first step has been taken towards a more bike friendly city, even though most of the rental bikes miraculously disappeared in a number of flats, backyards or the Danube, as the rental procedure was like taking a trolley in a supermarket. Only after a relaunch 2003 with a system where you have to register to rent bikes, the system became quite successful now.

Cycling all of a sudden became a dominant topic in public discussions and therefore in public policies, especially when the Green Party entered city government in 2010 as the junior partner in a coalition with the dominant Social Democrats. The Greens were always the strongest lobby of cyclists in the city and with their newly gained power they soon started to intensively promote cycling. Part of this campaign was the implementation of a new position within the government called the cycling representative appointed in November 2011 and in charge of cycling promotion. Initially the degree of public attention was quite high, but it has decreased since. 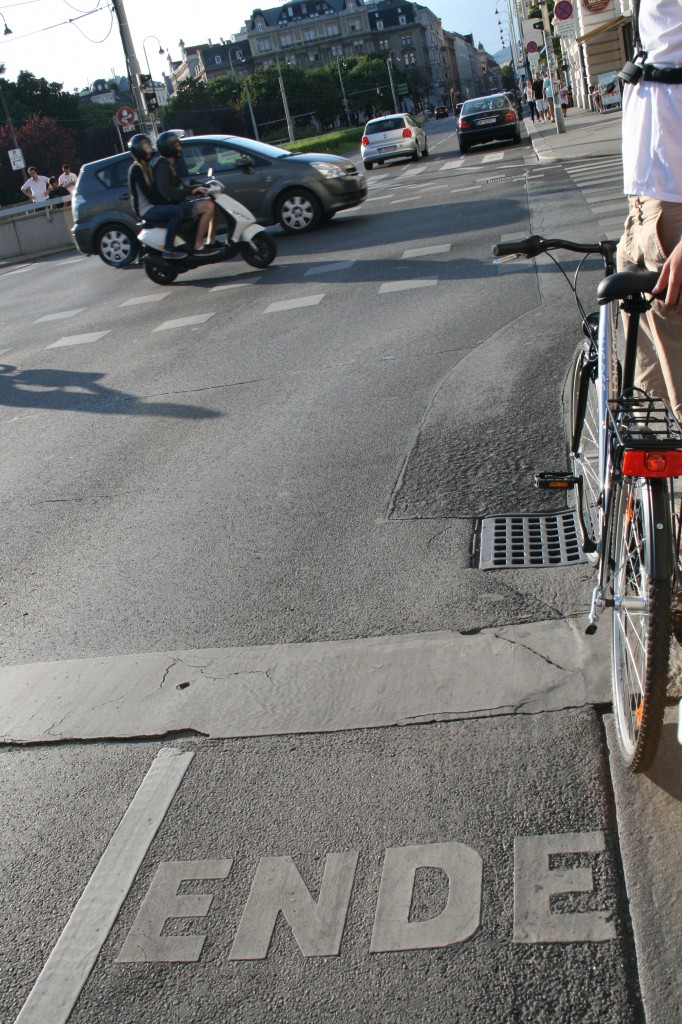 Nevertheless, small changes start to get visible in Vienna: the transport of your bike in metros in Vienna is now free of charge, and the bike path network is growing and growing, never losing its typical Viennese characteristics of being fragmented (do not be surprised if your bike path ends in front of a crossing) or the highly confusing routing. One positive result of the increased promotion of cycling is the increasing attention bike related topics get in public debates, at the moment number plates for cyclists are discussed and favoured by right wing and conservative parties, and most interestingly as well by the Social Democrats thus opposing its own coalition partner, which does not support this idea. The breaks in the approach towards cycling even cut through the otherwise quite consistent coalition showing that promotion of cycling is not at all a ‘common sense’ as it might be in Amsterdam.

The above mentioned harsh climate and difficulties for cyclists in Vienna stem amongst other factors  from the non-existent or bizarre infrastructure. An Austrian newspaper ‘Der Standard’ has started an online photoblog in January 2012 documenting the most bizarre and hideous  bike lanes in Vienna giving the public an opportunity to show and present their encounters with seemingly stupid, bizarre and/or  sudden ending bike lanes. The photoblog entitled “hurdles for cyclists” can be found here

Despite many infrastructural hurdles and slow politcal progress towards a more bike-friendly city, the number of cyclists doesn’t diminish in Vienna, but seems to be growing every year. Some governmental and non-governmental initatives and actions try to encourage more people to use bikes as their primary mode of transportation. The initative “Austria cycles to work” established two years ago promotes the usage of bicycles to get to work. Both individuals and companies can sign up within this initiative and thus also be part of organized activities, receive some goodies and not least might gain a good or better reputation as a ‘bike-friendly, sustainable’ company.  Another interesting movement, adopted in many countries around the globe is the Critical Mass movement which is also present in Vienna, organizing bike trips through the city, not least to “reclaim our streets” and reflect critically upon the hierarchical order of domestic traffic and the environmental downsides of motor traffic.

…last but not least some more cycling impressions from Vienna…

In the summer the critical mass movement often organizes events together with the CycleCinemaClub in Vienna. This now globally adopted concept was first initiated in Vienna, the CycleCinemaClub shows international mostly independent movies in public spacesaround the city. YES, there are a lot of open-air cinemas floating around in this city BUT the cinema cyclist club produces its own energy through pedaling – that way no external energy is needed nor wasted to show movies! Some visitors have to step on the specially customized E- bikes and do some exercising whilst watching the movie á la DIY sustainable movie-watching. Check it out @ CycleCinemaClub and derStandard. There are similar ‘Cycle-In Cinema’ initiatives in other countries, here are some links, maybe you are at the right place at the right time so you can catch a movie! 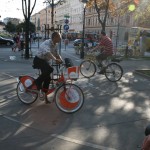 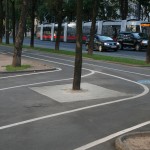 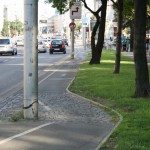 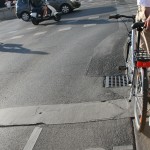 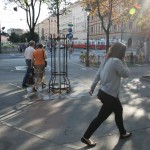 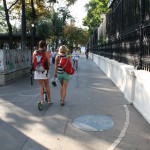 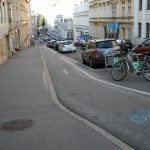 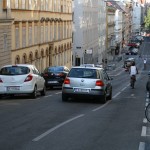 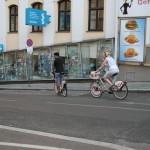 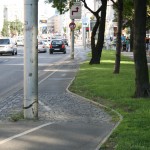 Great post. Also, love that one of the photos is titled AHOJIII 😉 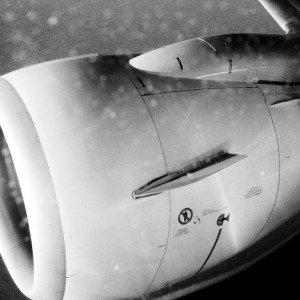 Airports are inherently transient places. With an increasing amount of metropolitan regions pouring funds into rapid...
© 2012 - 2019 The Protocity.com. All rights reserved.
Back to top