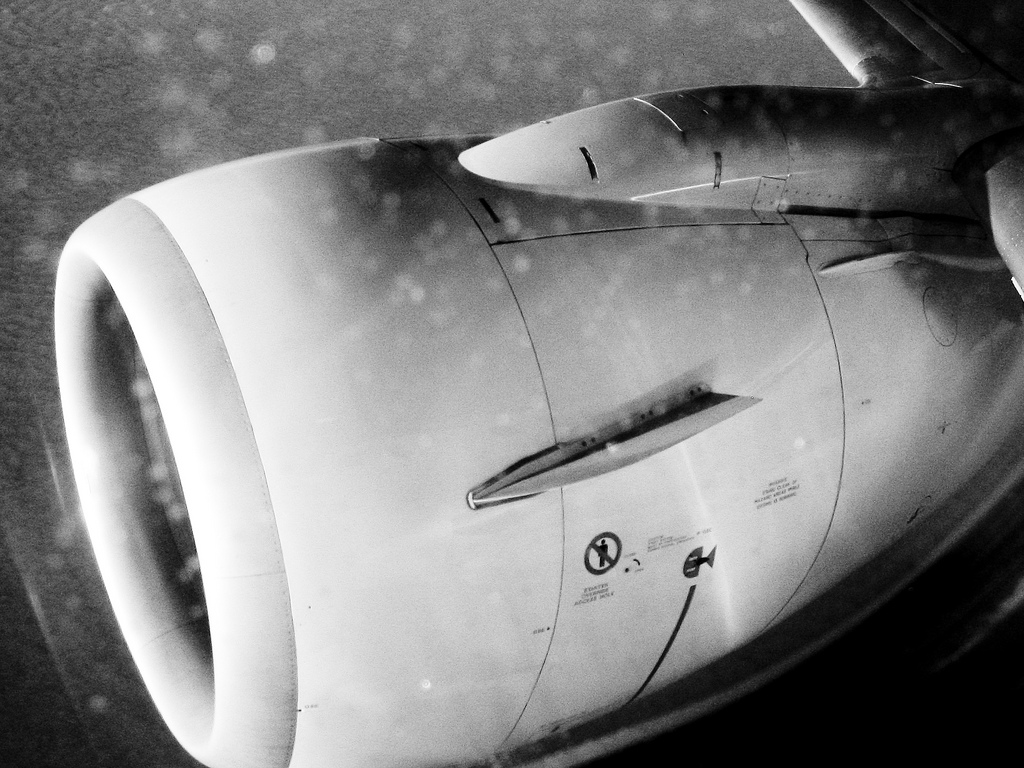 Airports are inherently transient places. With an increasing amount of metropolitan regions pouring funds into rapid transit connexions between international airports and downtown cores, the terminal is amounting to an extension of the urban landscape: think of it as the subway station that’s a 20-minute walk from your front door.

Psychogeographer Will Self suggests that air travel is simultaneously the most banal and the most sublime experience that we could ever engage in. He’s certainly got a point: the swooping roofs of Denver International and the endless transparency of Hong Kong International seem to peculiarly reduce the experience of elements truly larger than life to something compartmentalised for layover consumption. 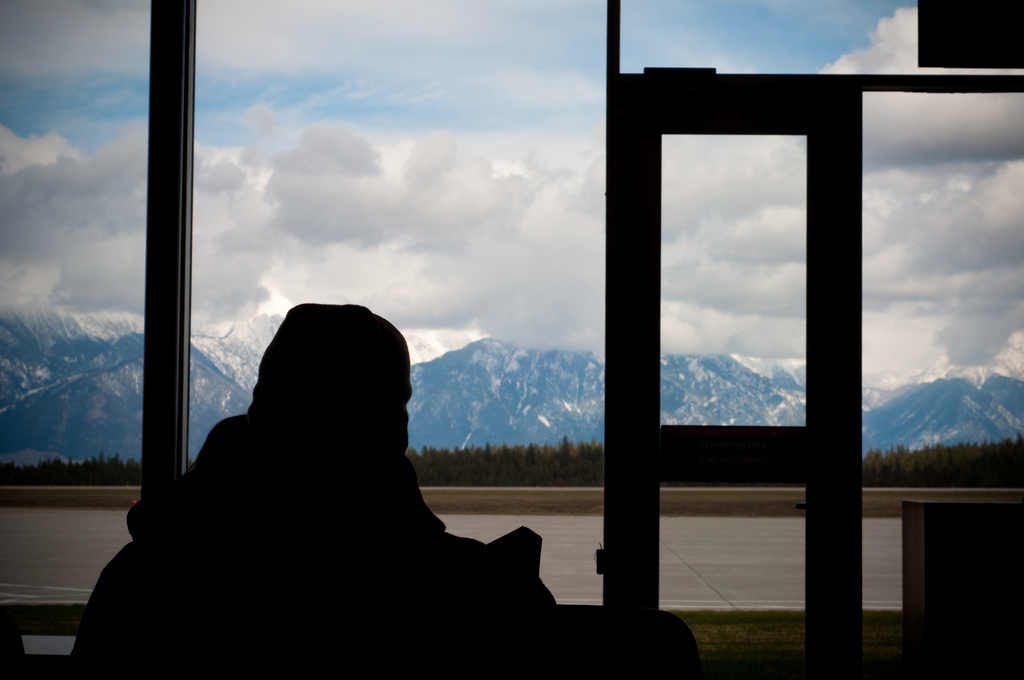 Waiting to board before the sublime at Canadian Rockies International Airport
Photo: 110418.008 by Adam Nowek 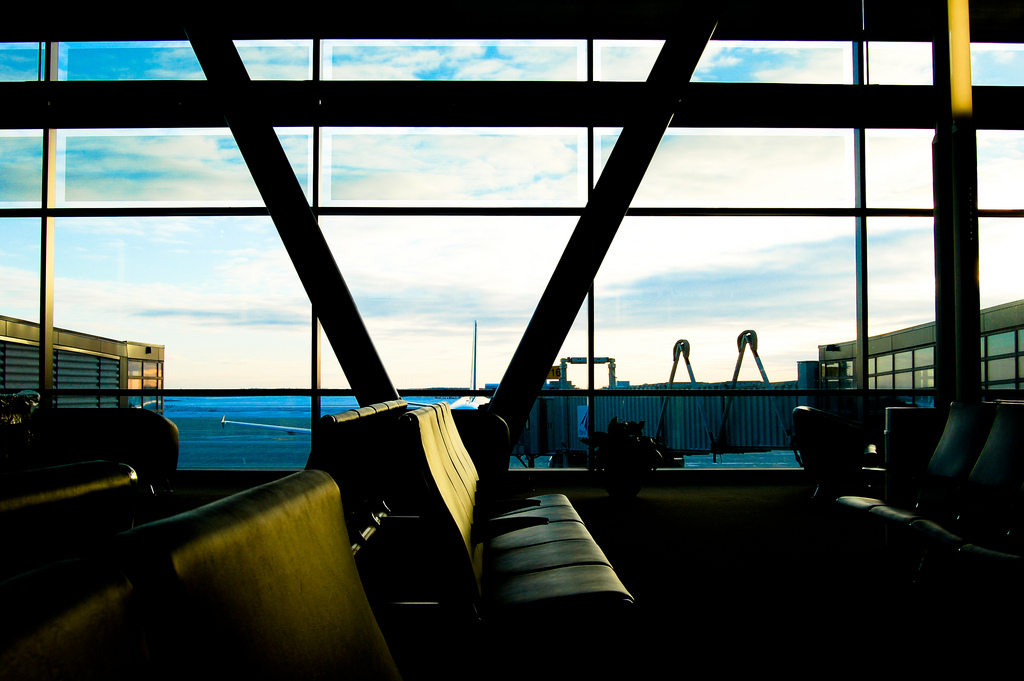 Waiting to board before the expanse at Macdonald-Cartier International Airport
Photo: 060207.003 by Adam Nowek

The space between the departure terminal and the arrivals terminal is a strangely mediated one. On the one hand, our experiences of flight are all the same: from anywhere between one and nineteen hours, the passenger suspends the reasonable experience of the planet. Gone are the usual elements of the urbanscape: there are no wayfinding points, no variation in space usage, and limited possibilities for human interaction (except with flight attendants or while waiting for the lavatory to free up). We wait, sometimes with patience and at others without, as we are whisked away to our destination at unthinkable speeds. 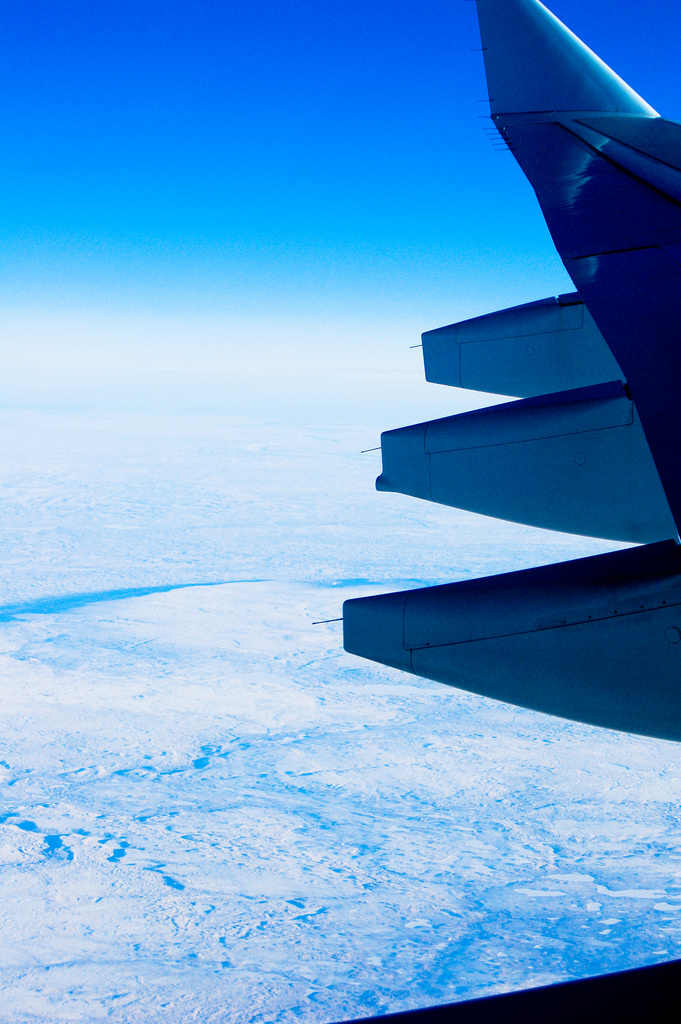 Air travel is the only time many of us would ever visit the Arctic
Photo: 060119.001 by Adam Nowek 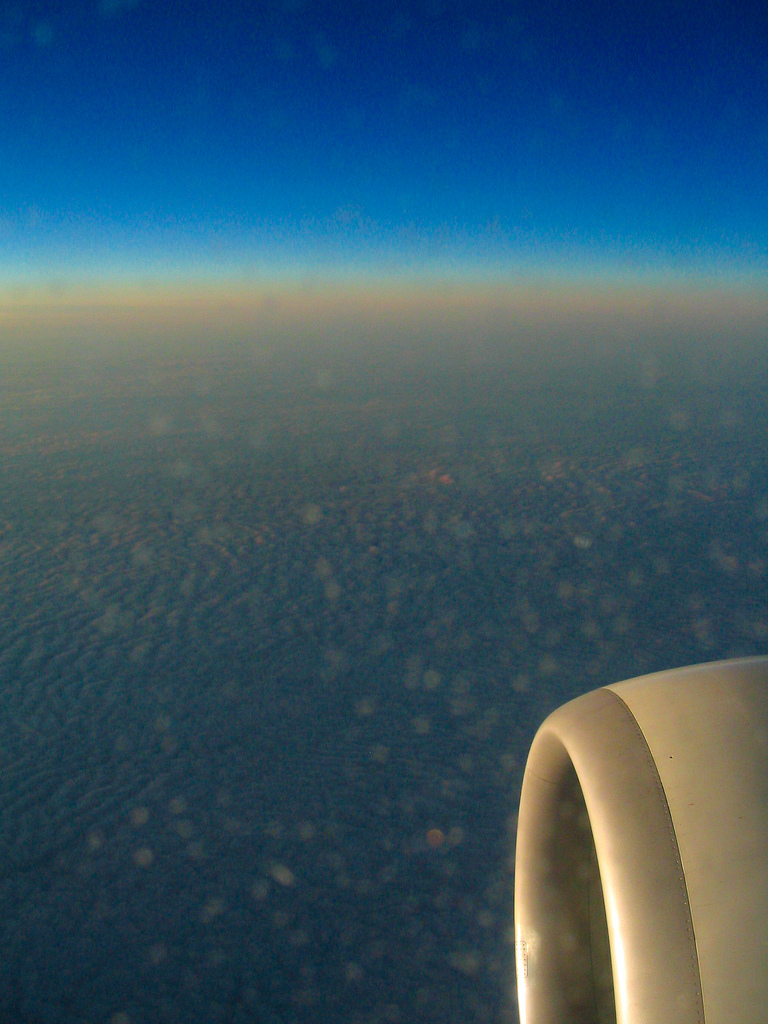 Arrival is our process of re-entry into the urban reality. In almost all cases, we land on the fringes of the place that we want to be in, forced to probe and penetrate the urban that we now wish to be a part of. Weary-eyed, we visit a selection of public-yet-restricted spaces: the washroom, the currency exchange counter, the immigration and customs desks, the baggage carousel. Each of these parts of the airport experience help us to re-emerge in a context completely foreign to us. 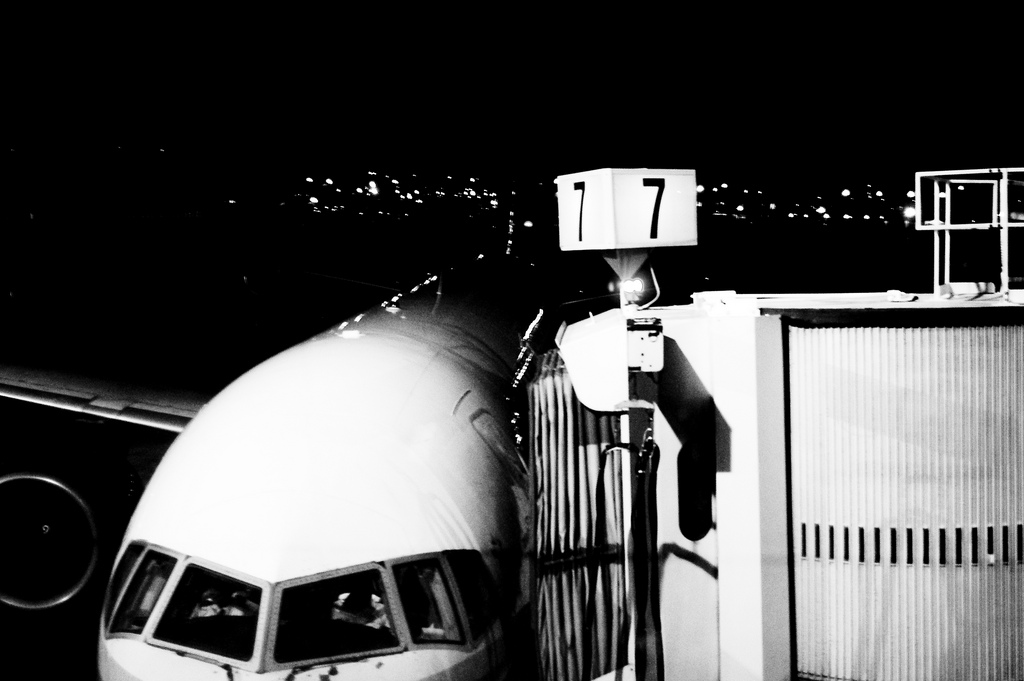 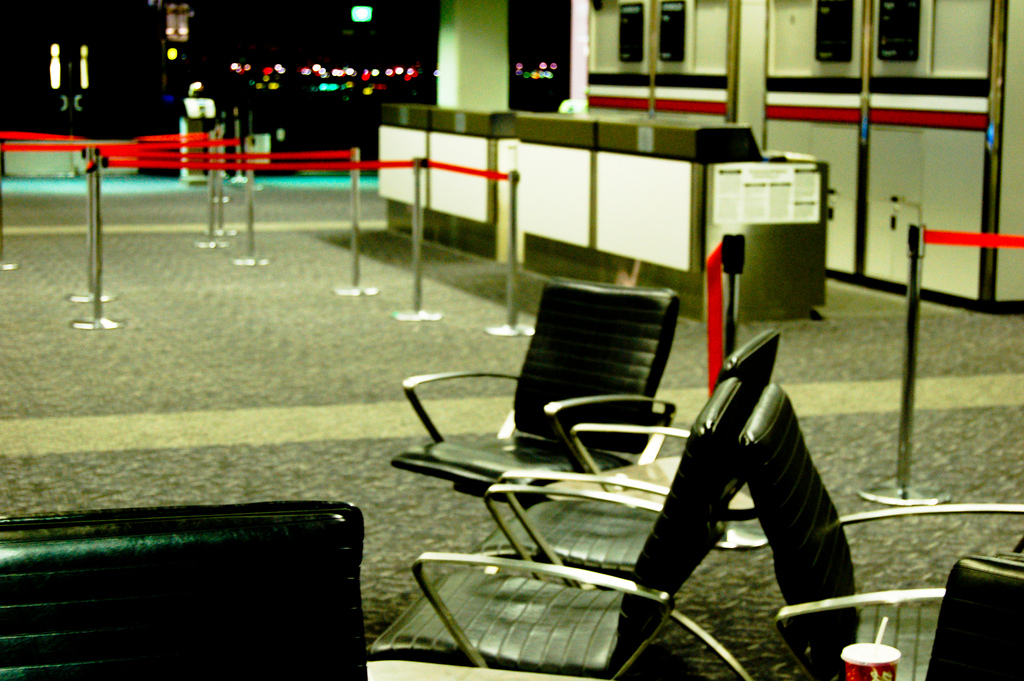 Dusky desolation in the domestic terminal
Photo: 060505.002 by Adam Nowek

Navigating the concourse of the destination city’s airport is the under-appreciated task. Airports are the gateways to the contemporary global city: they are the port of entry that prepares the passenger for the impression of new ideas, new cultures, new foods, and new urban experiences. Arriving at the impressively vast international terminal of Denver International prepares the passenger for the contrast of Colorado’s prairies and the mountains as much as the First Nations artwork at Vancouver International gives the arrivee an impression of the importance of the killer whale and the salmon to the local visual identity of Vancouver.

The significance of the airport as a major component of the urban landscape is recognised, but maybe not psychogeographically. It could well stand to: each airport leaves with us an infinite amount of invisible but impressing traces that we may or may not grab onto in our internal negotiation of a new city. 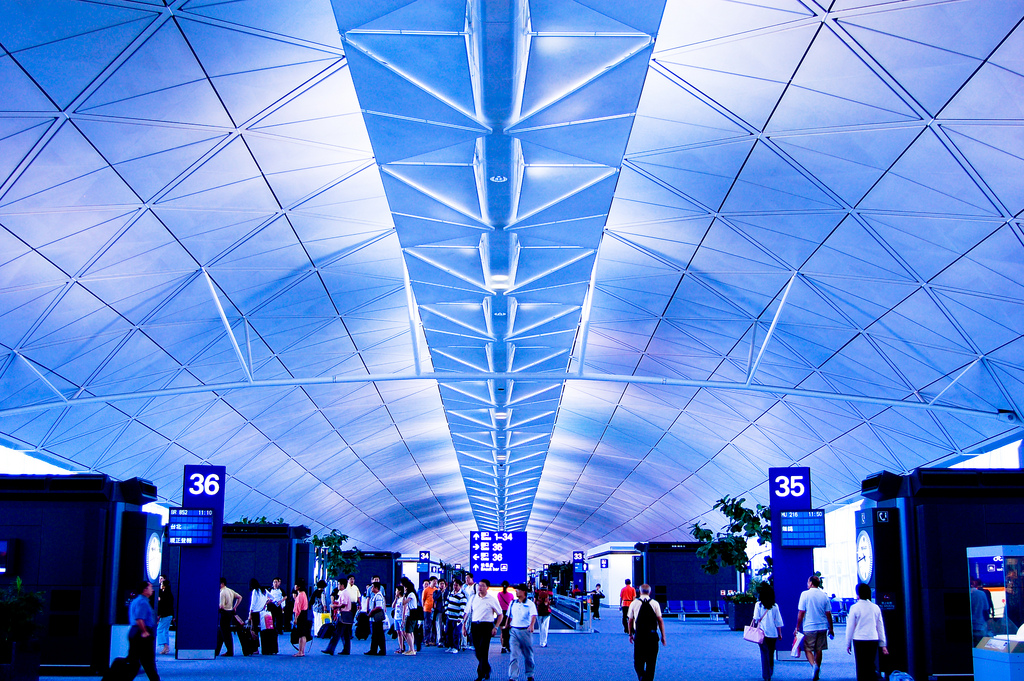 Would Gramsci see the infinity of traces in Hong Kong International Airport?
Photo: 060625.002 by Adam Nowek

You can view all of Adam’s photography on his Flickr. View the full gallery of full-sized photographs in the gallery below. 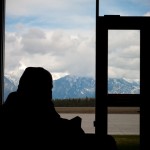 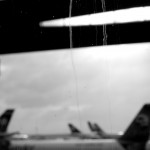 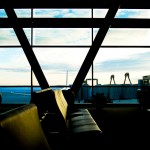 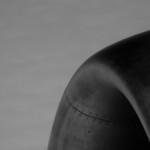 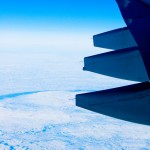 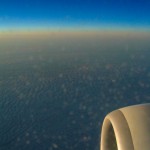 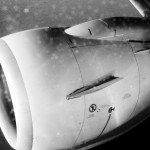 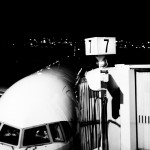 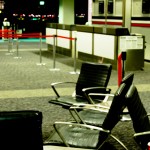 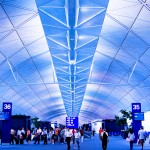 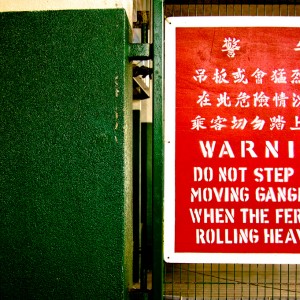 Here at The Proto City, we're an Amsterdam-based blog with a global focus. But, this autumn, all of our contributing authors...
© 2012 - 2019 The Protocity.com. All rights reserved.
Back to top