In the history of capitalism every period had a different way of organizing the production system. Each time the economic development was followed with a technological breakthrough in transports that also led economic progress and changed the way people interact with the city and with one another.

For example, in the workshop phase of capitalism the train was created and spread as the new form of transportation, changing the capacity of things and people moved from one point to the other (Scott, 2012).

The modernism phase is characterized by the automobile. Apart from becoming the focus for transportation, this era is recognized by the assemblage line which allowed the process of building cars and goods more affordable.

Besides than just improving the possibilities, these technologies shaped how people connected in the city and, clearly, shaped how cities were idealized and planned. This is also related to other aspects of the social momentum. The transportation system is related to the way people live, so it not only affects the way they think, but also the way the consumptions take place and how the production system is developed. In this sense, in the first period of capitalism (workshops) the consumption process was connected to the trains’ service capacity, as the main transportation system. In the modernism era the standardized consumption in big suburban shopping malls has everything to do with how people connected to each other and how the city was planned and the economy spins.

Although the bicycle is not an invention of the 21tst century, it may fit as the main mode of transportation of this century. That is because the cultural cognitive economy (Scott, 2012), the new phase of capitalism, connects people into cybernetic space and links them all over the world, besides the technology advances to a real time connection between people. However, in this globally connected world the speed of transportation cannot compare to the speed of the internet, nonetheless the importance of face to face meetings is still the same or even increasing.

The need to get in contact with other people creates a demand for new and more uses of the city. That happens because of the internet people get connected globally and interact and get to know more places in their city, discovering and creating local goods and places. In this kind of environment, there is a need to be closer to the streets and public spaces, also to be slower in order to connect with all of it. This is when the bicycle comes up.

Other than that, the technological advancements are now also in the environmental field that uses the concepts of reduction, reuse and recycling. In this context, the bicycle is a major player, since it is a cleaner way of transportation, relating to air pollution, noise pollution and health care, moreover it is a transportation mode that requires less space and can share it with other modes and the public space for other uses such as green areas.

The bicycle has another advantage in the 21st century economy of being an individual mode of transportation, which allows people to express themselves through their bikes, customizing it using different kinds to different purposes. That is one of the most important aspects of the new economy, everyone wants to be unique.

One example of that is the fixie movement, which started with bike couriers in London and New York and now has taken over most big cities in the world. That is because their specific way of work allows many advantages of using this kind of bikes in the city. Apart from that, their bikes are usually colorful or full of stickers and of whole world of other activities was created around the fixies.

More than just a trend of a new type of bicycle, the bike movement has achieved sustainable progress all around the world. Usually with a core of people that seeks the humanization of city and taking the space back to people use and appreciation, not just in a formal way, but as a place to meet and contemplate.

That kind of movement, in different forms and stages has slowly got to the government of many different cities of the world. And especially now that the mega cities, but not only them, are putting in their agenda bicycle mobility infrastructure. This can be seen in New York, with the new cycle paths and bike sharing program, besides the open of Times Square to people. London also has created a bike sharing program and is planning a cycle highway. Tokyo with a different approach, but also toward a bike friendly one, especially in case of parking infrastructure. 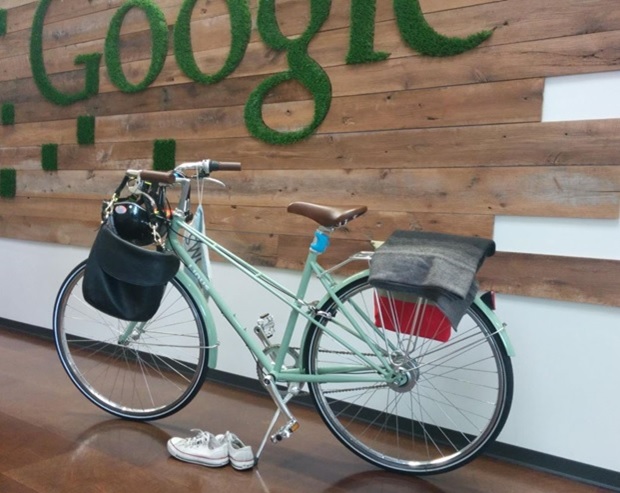 Then when bicycle friendly spaces are planned you are connecting people to their local place, making them experience their surrounding and using what is local in that community. In that scenarios the environmental use of the local goods and things is most important, so the bicycle brings people closer to the city streets and so to their local place. So unless we acquire a faster, individual, less pollutant way of a transportation system such as a tele transporter that allows more face to face meeting and keeps the importance of the local, the bicycle will be the transport of the 21st century.

Mateus Lima is a student at the Research Master's in Urban Studies program at UvA. His research interests lie in bicycle mobility, cultural cognitive economy groups and public spaces usages. 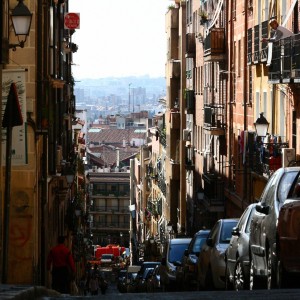 Gentrification is a social and economic phenomenon which generates controversial issues in the academic realm. On the one hand,...
© 2012 - 2019 The Protocity.com. All rights reserved.
Back to top