TPAC and M+: creativity under construction

In the heart of Taipei’s vibrant neighborhood Shilin a new theatre – the Taipei Performing Arts Centre (TPAC) – is currently under construction. President of Taiwan Ma Ying-Jeou has enthusiastically commented that the Taipei Performing Arts Centre “will certainly be a new landmark in Taipei. It will make Taipei a cultural leader among the Chinese communities.” The design of TPAC, by architecture office OMA, is innovative and unique, incorporating a theatre over a hundred meters long and a public loop that allows people to enter the theatre and the lobby, get a sense of the activities taking place backstage and mingle with actors, technicians and the audience on the 7th-floor terrace, even if they haven’t bought a ticket. TPAC aims to be an accessible theatre space that engages the local public and takes part in the active social and cultural life of its environment. According to OMA architect Inge Goudsmit, TPAC responds to the “high urgency to theatre and creativity that is already felt” in Taiwan and in particular in its capital. 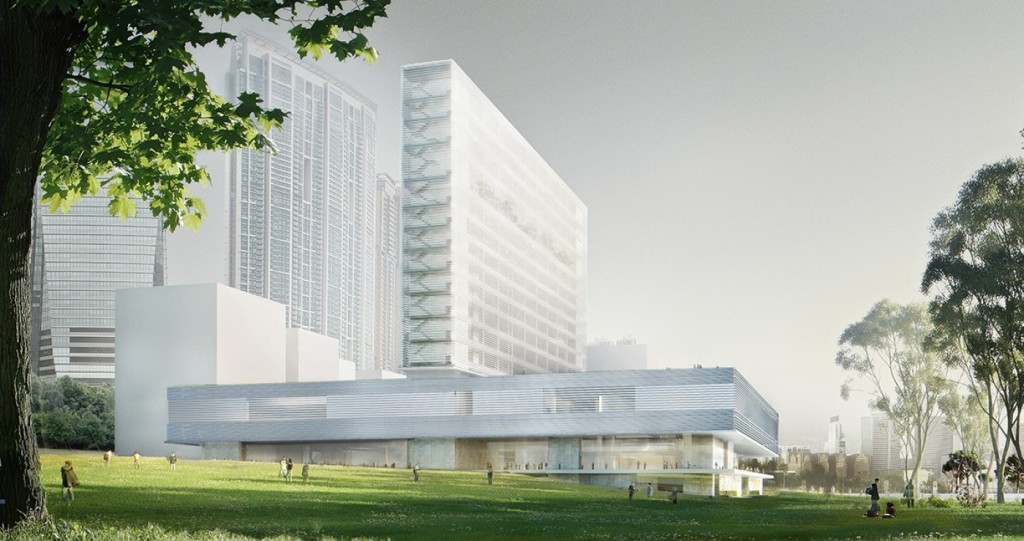 In the meantime in Hong Kong, another meant-to-be cultural headquarter is being erected: Museum M+, designed by architecture practice Herzog & de Meuron. This museum is still far from completion – recently its opening was announced to be delayed to 2019 – but similarly promises to become a eye-catching art mecca and more (M+). The M+ is also conceptually innovative; it calls itself a museum of visual culture, meaning that it will house visual art, moving images, design and architecture plus there will be room for other functions, such as education space, restaurants and offices. Upon completion, it will most probably find itself in a less culturally vibrant area than TPAC though: the West Kowloon Cultural District, a project that aims to uplift Hong Kong’s creative economy and cultural position and was initiated in 2001 with the organization of an international design competition. At the moment, little creative activity has yet to be detected in the West Kowloon Cultural District. Hong Kong has been struggling to develop a fertile ground for cultural activities and a creative infrastructure for years and the creation of this cultural quarter with museums and art centers has proven to be a very slowly developing and difficult project.

The allure of the creative city seems to have become irresistible: increasingly, global flows of tourists, high-wage workers and investors are tempted by the intangible atmosphere and environment of creativity. Recognizing the economic benefits of creativity, cities are motivated to invest in improving their cultural assets or, for cities that lack cultural infrastructure, in developing a sense of creativity from scratch. Cultural facilities are thus increasingly regarded as vital elements of urban economies.

The ambition to be regarded a creative city has not just caught fire in Europe and the United States, where Richard Florida already in the 1990s argued that cultural amenities are a significant pull-factor for high-wage earners and their employers to move into an area. The past decade has seen a growing number of Asian cities implementing policies to promote creative industry development and boost their cultural economy. These policies vary from designating neighborhoods as cultural quarters, organizing mega-events related to design and arts, promoting collaborations between artists and policy makers and building landmark museums and cultural centers. 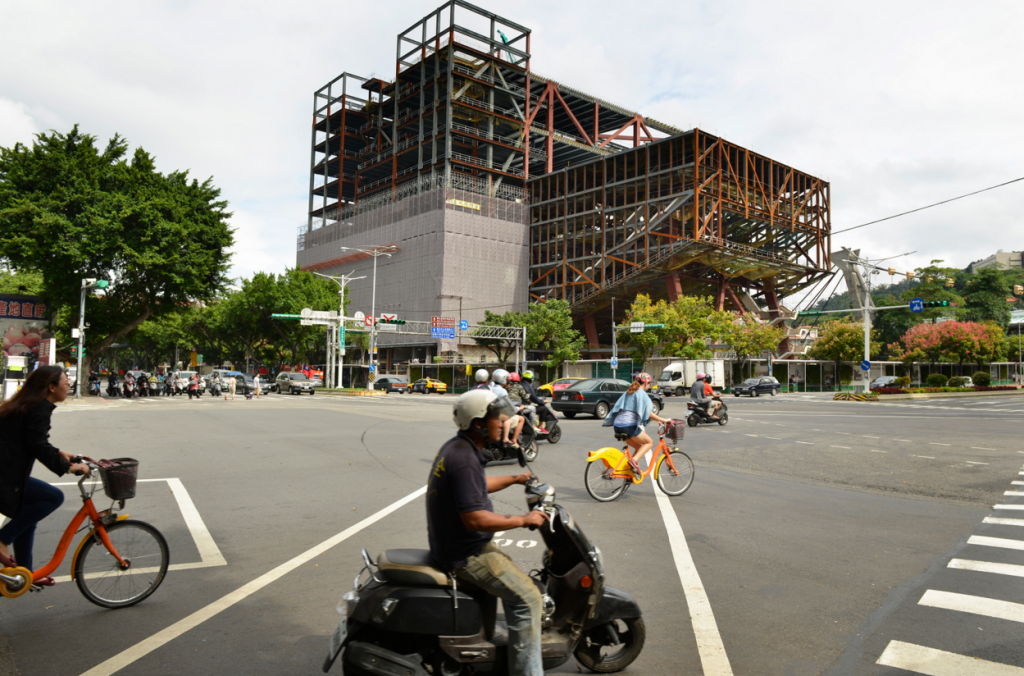 In China, the national government actively started supporting the development of creative industries in 2006. The policy shift was adopted as the state started to understand creativity as linked to technology and innovation and the economic benefits of the cognitive-cultural economy and creative city development became clear. The state thus started promoting the creative industry as economic catalyst and even can be said to currently have, in the words of Zielke and Waibel, “creative zone fever.” Besides developing cultural quarters, the construction of architectural icons as venue for arts and culture is regarded a tool to heighten a city’s cultural profile.

Lily Kong writes that “the symbolism of physical cultural monuments cannot override ‘true cultural intent.'” Both TPAC and M+ promise to become strong cultural symbols, however there is a difference between the creative energy and culture already present on the ground on which they are being built. Therefore, an interesting question is what the significance of the local culture is in the development of a flourishing ‘global’ creative city. And how do these architectural flagship projects state to respond to a city’s cultural character?

How is Creativity Formed and Framed?

Zooming in to TPAC’s local footprint brings us to the centre of Taipei, at the previous location of the most famous night market of the city, Shilin. It is a vibrant area with many food stalls and shops that are open till late at night. TPAC is designed in such a way that there will be open access to a large public plaza, where there is space for many different activities to take place, such as the making of outdoor theatre, and functions to be installed such as market stalls. 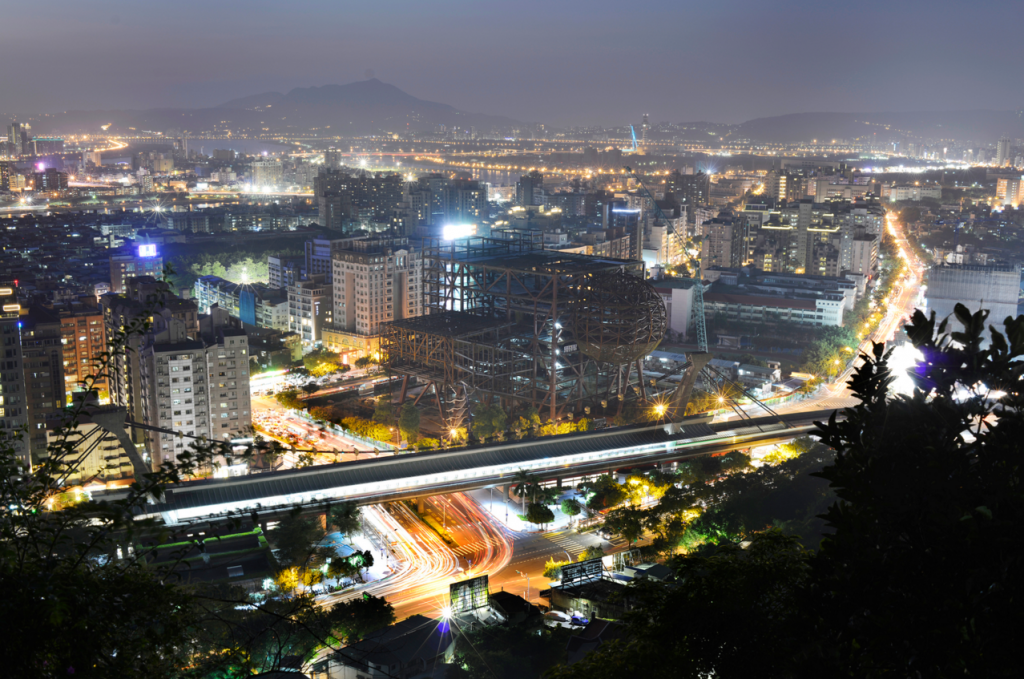 The new TPAC is intended to function as a creative injection in the capital of Taiwan. At the same time it cannot be ignored that, as Inge Goudsmit states, the creative energy and “extreme sense of culture” already present in Taipei have led the design of the building and made this project possible. In Taiwan, culture and theatre are popular amongst the whole population – as Inge states, “culture and theatre especially is very well regarded and very popular amongst everybody. So young people, old people, everybody goes to the theatre, similar to going the cinema let’s say in some other countries.” The government thus does not really need to awaken a cultural interest among the population, but facilitates cultural activity through investing in the construction of performing arts buildings and pop music venues.

Hong Kong, on the other hand, has a completely different culture and historical background. In the first place a financial city, making money takes precedence over other activities, such as artistic or creative endeavors. Creative drive is not valued highly in Hong Kong and, according to Sylvia Chan, an architectural journalist from Hong Kong who has closely followed the development of the West Kowloon Cultural District, this explains the underdevelopment of the creative industry: “you are successful if you end up as a banker and earn a lot of money… we don’t value creative drive a lot.” Hong Kong revolves around the financial sector, and this is reflected both in the values instilled through education and in the cityscape: “there wasn’t an environment to develop our creativity. For example, you don’t see a lot of performances taking place here, or a lot of exhibitions.” There is thus a lack of cultural amenities as well as cultural programmes. 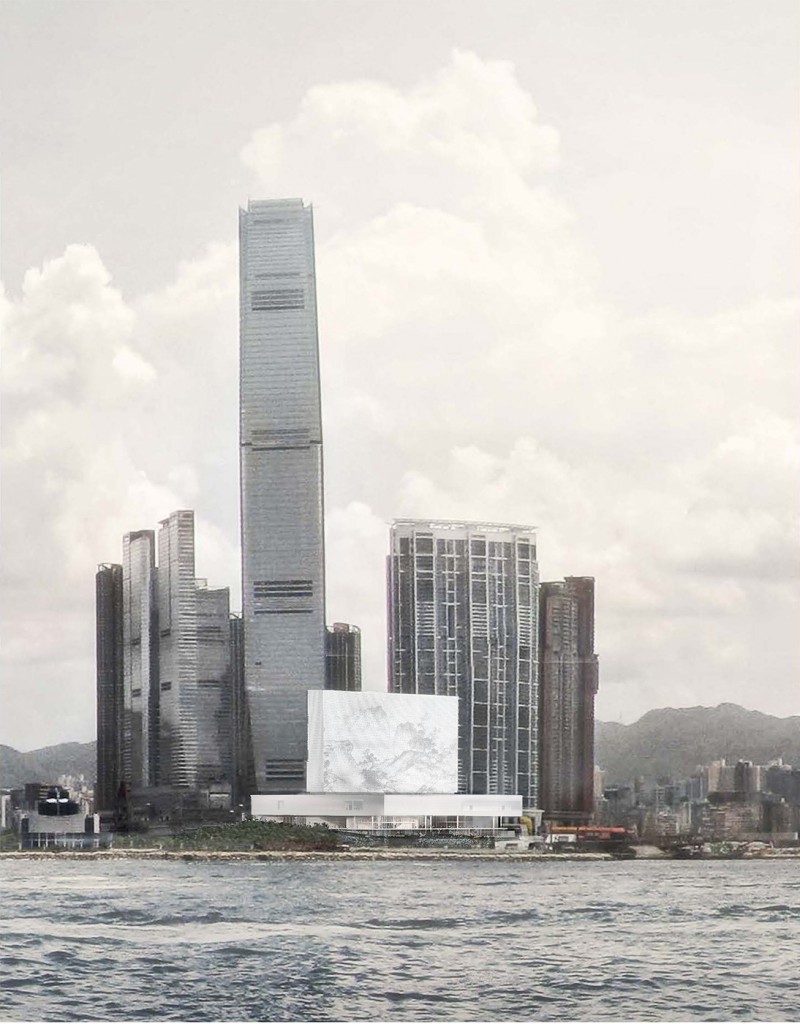 In order to strengthen the Hong Kong’s creative economy, the West Kowloon Cultural District was commissioned. It started out as a master plan for building infrastructure for creative activities, but public opinion has been critical about the development of the district, as people feel more resources should be put into existing institutions, rather than planning a wholly new district. Without performances, exhibitions and audiences to fill these art venues and creative spaces, the district may have a hard time generating creativity in the city. Museum M+ promises to become “the first major international museum to promote local art” but in order to stimulate the local creative industry, a large-scale symbolic project as the West Kowloon Cultural District has to go hand in hand with smaller projects in different parts of the city. This way, the creative economy gets space throughout the city, rather than just in one district. A recently established example of such as smaller-scale creative space in the centre of Hong Kong is PMQ, previously the Police Married Quarters that housed junior police officers. PMQ has been transformed into a creative hub for local design and artisan shops. Also, an increased the attention for cultural education would be important, as the current lack of cultural activities means this has to happen from the grassroots.

In the international race to attract investors, visitors and high-wage earners, cities should try to develop ways of stimulating the local creative economy, even if their ultimate aim is playing a role on the global creative economies map. Cultural symbols or architectural flagship projects are more likely to thrive once they find themselves on a fertile ground, where they represent rather than try to inject a cultural intent. 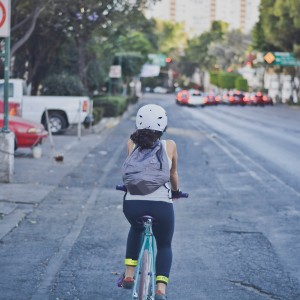 The bicycle as the main mode of transportation in the 21st century In the history of capitalism every period had a different...
© 2012 - 2019 The Protocity.com. All rights reserved.
Back to top