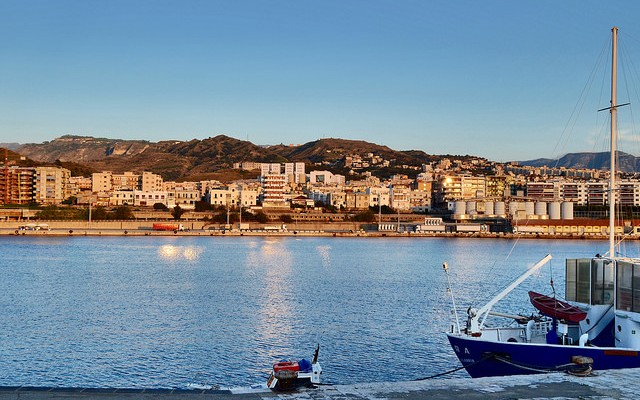 Walking around the Italian city of Reggio Calabria, which is situated on the “toe” of the peninsula, it is really easy to get acclimatized to its vibrant spirit: its millenary culture, its traditions, its climate, its scents (not only due to its culinary heritage but also to the production of the essence of bergamot), its buildings and its history seem to be summed up in the positive attitude which its inhabitants have towards life. Due to its vulnerability to natural hazards, Reggio is undoubtedly a city in continuous motion. Today, the city seems to obtain more and more importance in the national scenario. Since Southern-Italy struggles with economic difficulties, many young people often tend to move northwards or abroad in order to find a job or for study purposes. Can Reggio, with its natural beauty, its cultural vibe and its facilities be a trump card for the region in reversing this trend? 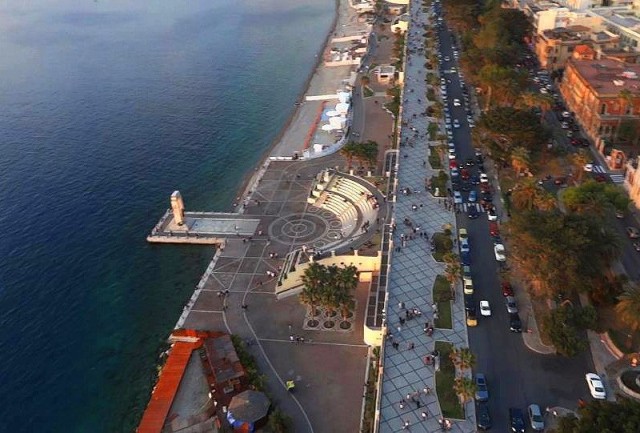 In this article, I will discuss the city’s unique development path by illustrating how this city has coped, throughout history, with earthquake-caused changes. Exemplary for the physical evolution of Reggio throughout the years is the transformation of the so-called Lungomare Falcomatà: the city’s seafront and main symbol.

Reggio’s waterfront shows to its passers-by the countless signs of the process of development of the city, which approximately started in the VIII century B.C. with the settlement of the Greek colony of Rhegion along this part of the Calabrian coast, and which has definitely not stopped yet.

The oldest evidence of Reggio’s evolution can thus be found at the beginning of the seafront: archeological excavations in this site have unearthed the Greek walls that originally marked the official borders of the city and which can give us the idea of the early physical settlement made there by its first inhabitants. Not so far from this site, one will find traces of another historical period, the ruins of an important Roman hot spring. These two elements prove the great significance of the city’s geographical position. It has always been one of the focal points for strategic trade as well as control of the Mediterranean Sea. Today’s seafront-visitors and inhabitants of the city can still enjoy the stunning panorama made up of the view of the Sea, of the Sicilian coast, of its volcano (Etna) and of the Aeolian Islands. 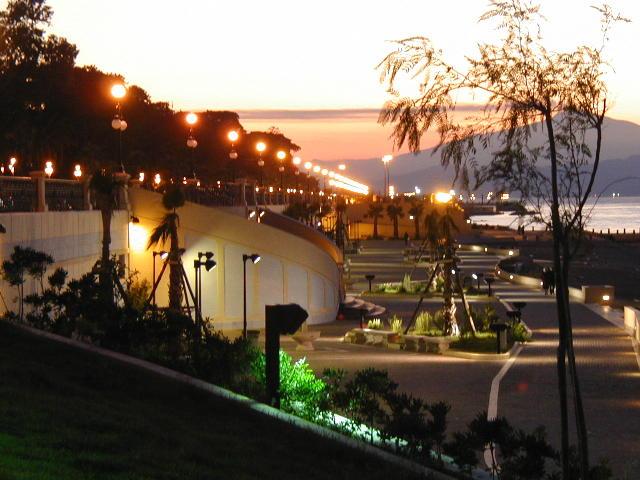 Reggio by night – picture by @diesus

During the Middle Age and the Renaissance the city expanded its borders northwards and experienced its first signs of modern urbanization. At that time, the city’s seafront was still only composed by a harbor and some other strategic structures which were mainly functional to improve and control the main trade routes. The traces of this era have however been completely destroyed by the first earthquake documented in the area, which occurred in 1562.

Reggio’s seafront started to assume its shape after another earthquake in 1783: the old city walls were replaced by a façade made of a continuous line of buildings constructed in a genuine eighteen-century style which were called Real Palazzina. Unfortunately, this was also doomed to disappear after the last serious seismic activity registered in Reggio Calabria (1908). Earthquakes have thus always been a frequent phenomenon in the Strait of Messina and as a result Reggio directly suffered from countless damages derived from the effects of these natural catastrophes throughout its history: this is one of the main reasons why the city is characterized by a relatively modern urban settlement: today’s most famous buildings mainly date from the last century.

As a result of the catastrophic earthquake which occurred on December 28, 1908, the city was almost completely destroyed (about 80% of the total urban area of Reggio Calabria literally became no more than a pile of ashes) by the immense strength of this natural phenomenon, which had a Richter intensity of 8. This resulted in a significant change of Reggio’s entire urban environment. The total absence of the traces of the previous urban settlements made the beginning of the “requalification works” possible, which involved the whole city: new buildings were constructed emulating the style of the ones that were destroyed by the earthquake, following new anti-seismic building criteria. From that moment on, all the buildings belonging to this highly-seismic area had to be planned strictly following the new set of rules designed to minimize the consequences of such events, which fortunately have not occurred after 1908. One of the most relevant innovations introduced in this field was the massive use of the reinforced concrete in the construction of buildings. 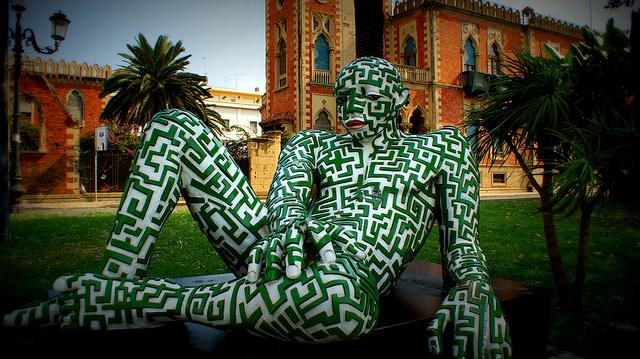 From 1909 onwards, the authorities decided to rebuild the city’s seafront on three main levels in order to respect the natural structure of the city, which is developed vertically from the sea level towards 15m above. The upper part (Marina Alta) of the seafront became dominated by liberty-style buildings such as Villa Zerbi and Palazzo Spinelli and recently enriched with the Co-stell-azione (2002), which is a permanent installation of sculptures of the world famous artist Rabarama. In the so-called “botanic stripe”, labyrinths of rare tropical plants and marvelous Magnolia trees can be found. The lower part (Marina Bassa) is composed of a wide promenade hedged by elegant old-style street lamps. And lastly, the part composed of several elegant marble stairs which give access to the sea level, to the Greek-style inspired amphitheater, and, right in front of it, also some traces of the fascist period such as the monument dedicated to the king Vittorio Emanuele III. Finally, the beach side is dominated by various bathhouses.

The new way of shaping the urban space and, in particular, of shaping the space of the lower part of the city is one of the main factors responsible for the steady increase of the fame of the city of Reggio Calabria: ever since the 1920s, the seafront was multiple times described as “the most beautiful kilometer of Italy” (“il chilometro più bello d’Italia”, quote attributed to the Italian writer Gabriele D’Annunzio) and has also been the scenery of the main recent events which occurred in the city, from the 1970s insurgences to the current use of the seafront as a location for festivals and religious celebrations that mainly occur during August and September and are profoundly felt by the inhabitants of the whole region in which Reggio is located. 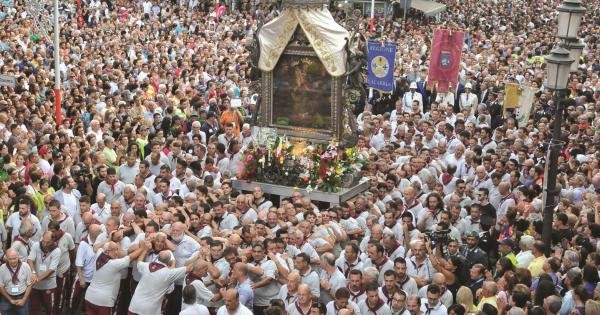 To conclude, Reggio Calabria’s seafront seems to be its truly “emblematic” part: it is the symbol of the city because it is its most famous part and its most distinguishing quality. It reflects the whole history that has been experienced by the urban area and its continuous evolution, which is also due to the need of reconstruction after the effects of forceful seismic activities and, finally, it represents one of the most beautiful cityscapes of Southern Italy. For all these reasons, it is possible that in the near future the valorization of this place will attract more and more attention to the city not only from the national but also from international observers. Finally, tourism seems to be one of the best ways of reaching this goal and, ultimately, it can also help keeping young people in their own region in order to prevent the so-called “brain drain”.

Marta Perrone is a bachelor student in Political Sciences in the University of Pavia. She is Italian and she has recently finished a six-month Erasmus period at Ghent University. 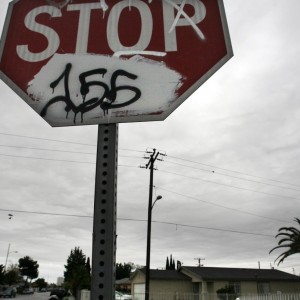 Disclaimer: The language used in some of the lyrical examples within this article are uncensored expressions of the artists/musicians...
© 2012 - 2019 The Protocity.com. All rights reserved.
Back to top