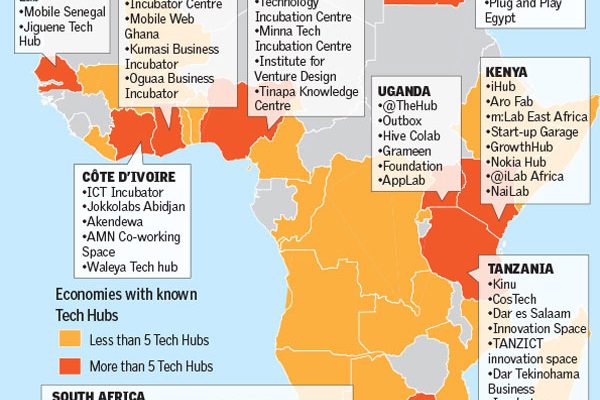 Over the last few months I have been lucky enough to visit numerous startups in Nairobi (Nairobi is one of the main Tech Hubs in Africa) who have focussed on the development of IoT (Internet of things) technologies within urban infrastructure. IoT refers to the numerous connected digital devices such as smart meters, sensors and monitors that are increasingly forming a vital component of the fabric of the everyday city. Through countless discussions however, I was surprised at the huge challenges that many of Kenyan startups face. Despite the significant challenges, however, including funding hurdles, governmental constraints and industry barriers, these Kenyan born innovators and innovations continue to emerge, hoping to positively transform the landscape in which they enter. What has become apparent however, is that there is another major challenge that nearly all of them face, but one which is being solved in new ways. 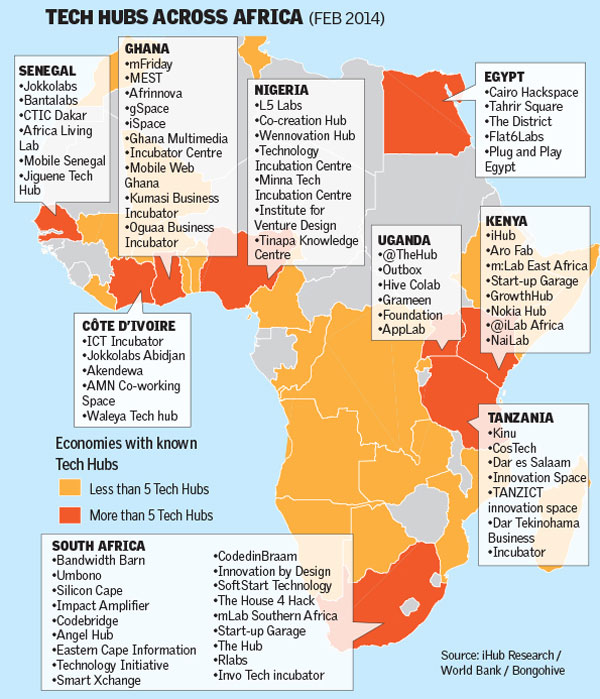 Nairobi – One of the Main Tech Hubs Across Africa (Source)

Challenges of IoT in Nairobi

This challenge I allude to is that of the legacies of NGOs and international ICT/IoT inventions over the last few years. Typically backed by overseas investment, these often well-intentioned operations have seen the types of projects synonymous with the aid sectors involvement in digital technologies. Articles and websites identify the “new WIFI enabled X” and the “IoT infused Y network” , heralding these projects and highlighting their transformative impacts.  But ultimately, what often occurs is that once the project has finished, the money starts to dry up, the engagement peters out and the revisit never materialises. And whilst this is certainly not the case everywhere, the impacts of one or two poorly managed interventions have left significant negative legacies. This results in local citizens, often in informal areas, being left with the shell of an IoT intervention that never really met the promises that they had once heard months before. 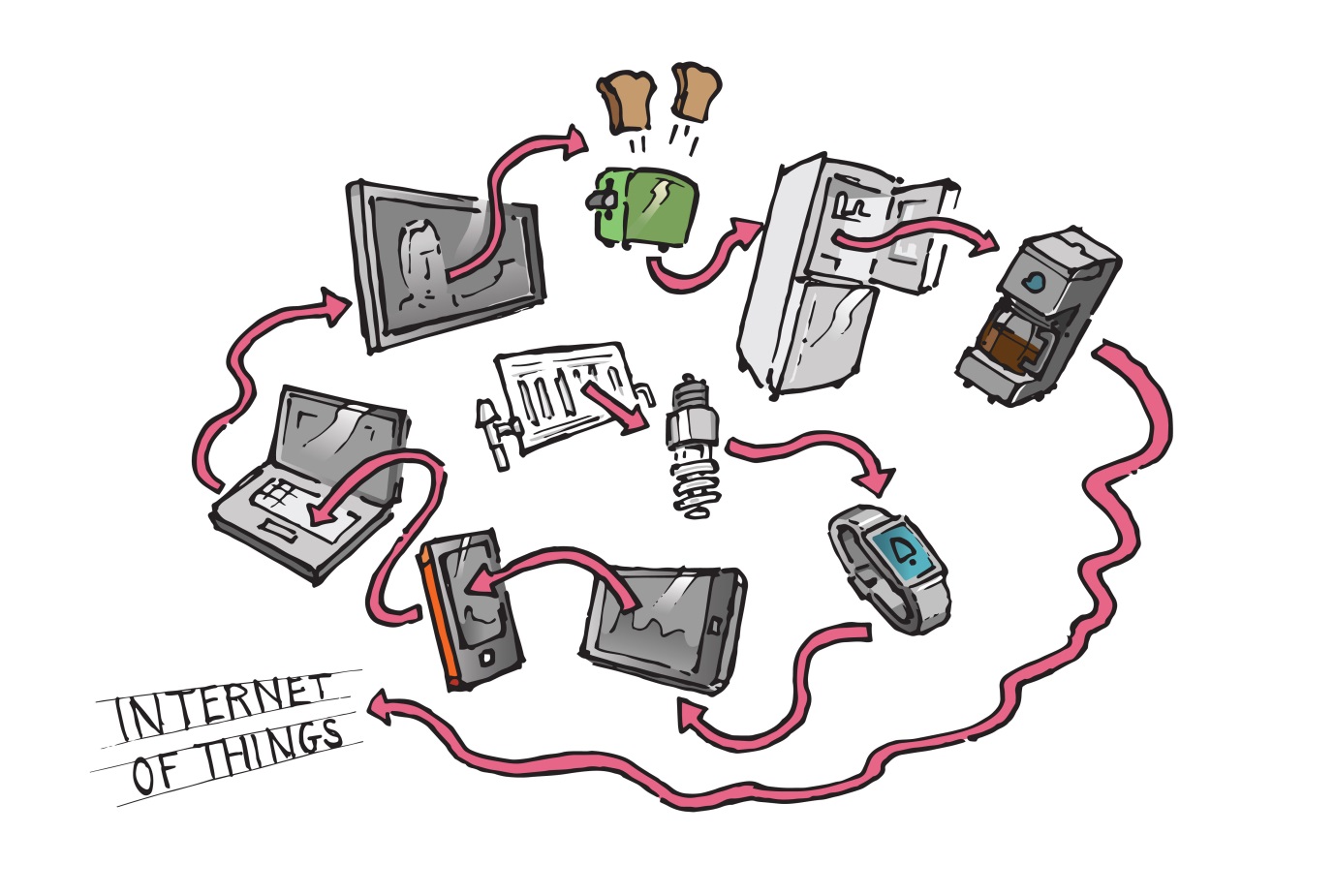 An increasingly connected world through the Internet of Things. Source: CCJ Digital

When talking with the various Kenyan based IoT startups, some of highlighted legacies of NGO interventions were believed to be;

Whilst it is difficult to confirm that all of these aforementioned results have been down to the legacies of NGOs, the findings open up an important avenue for discussion. Furthermore, for many of the Kenyan IoT startups they believe that these legacies have significantly impacted and hindered their own development. What became clear, however, was that in order to tackle these problems it the Kenyan IoT startups were adamant to rethink their approach and plan their IoT development differently. Some of these new methods have included;

Aiming to formalise a sustainable financial structure that allows the community to benefit whilst also proving profitable for IoT developers. 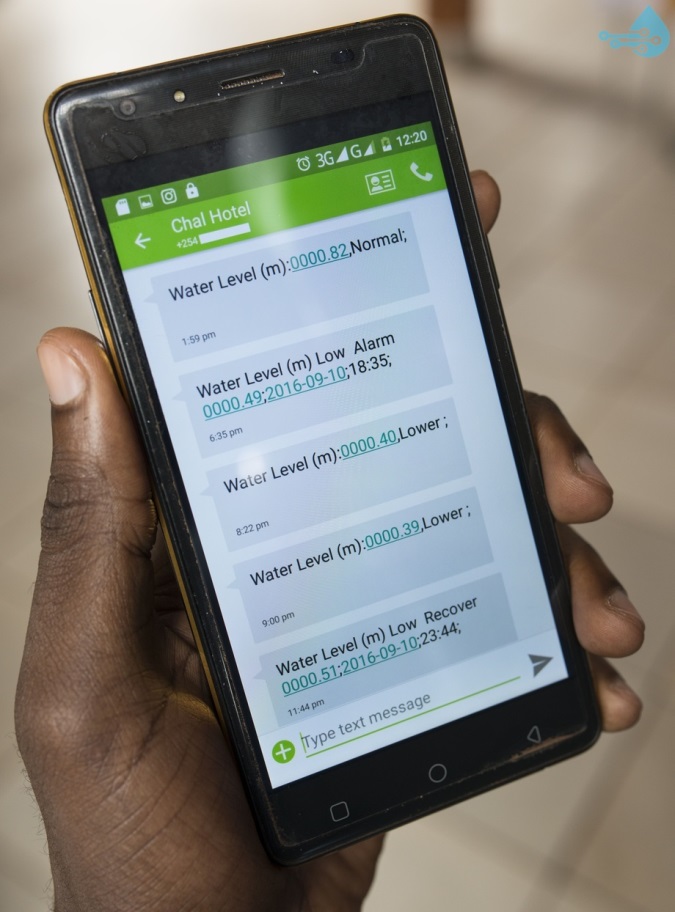 What these findings identify is that not only are these Kenyan startups attempting to actually create technological solutions to real world problems, and not the other way around, they are also rethinking the traditional methods of IoT development and engagement. Ultimately, despite the legacy challenges from NGO ICT/IoT interventions, the evidence from the young Kenyan startups shows that by altering these traditional processes for the creation of IoT, a more sustainable digital urban fabric can be created.

When this novel approach towards creating a more equitable and better-fitting digitally infused infrastructure is explored further, it becomes clear that these technology based projects have a much wider area of impact. What many of the organisations I have spoken realise, is, that whether they planned on it being or not, their product was now part of a much wider platform approach that tied in numerous aspects of the local community. This was highlighted by a recent discussion with one start-up who noted that whilst their technology was able to solve a very specific problem within the liquid fuels sector, it actually transpired that their technology helped all elements of this network regain trust in each other (See issues on liquid gas challenges in Kenya). Although this was never their intention, they now understood that when developing IoT solutions for specific problems in informal settlements, you may find ties to other parts of the local community/network that you never previously envisaged. With this new understanding, many of these start-ups were now enabling new discussions at many levels (government, importers, distributors, retailers) about the future role of informal infrastructures, infused with IoT, in the future plans for the city.

Whilst my investigation focuses on Nairobi, this altered approach to IoT development and rollout is undoubtedly being played out in many other cities across Africa. Furthermore, the next few years for African cities will be crucial in deciding whether IoT innovations within their urban infrastructures remain merely secure (based on foreign investment and development) or sovereign (local created, developed and maintained). Through the case of Nairobi, it hopefully demonstrates the numerous benefits of greater sovereignty in terms of IoT development. With the correct policy support and targeted government funding supporting these digital innovations, businesses and municipalities across the world may soon be following the blueprint set down by African cities and their startups for the correct development of IoT infused urban infrastructure.

Joseph Chambers is a PhD researcher at the University of Manchester (joseph.chambers-2[at]postgrad.manchester.ac.uk), looking into the development and impact of 'Internet of Things' technologies in African cities.

Thank you so much! I’m glad that you enjoyed it!

Thanks for pointing out. 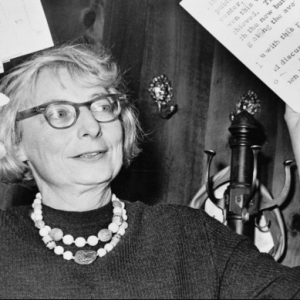 Cities for the people, by the people In line with the aspirations of great urban activists like Jane Jacobs and Lewis Mumford,...
© 2012 - 2019 The Protocity.com. All rights reserved.
Back to top