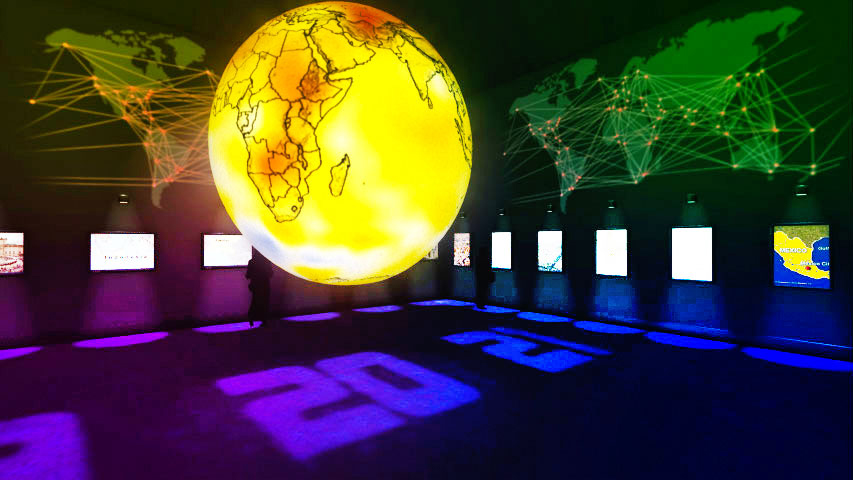 Recent years have seen growing excitement among professionals and academics interested in the radical potential of technology in transforming the city. The “smart city” and “big data” have all come to refer broadly to this emerging trend and its applications. Many of these debates and recent developments have also earned significant media attention, with many figureheads among the “Internet entrepreneurs” applauding the “vast potential” of advanced information technology’s applications to the “electric city.” Yet others have rightly questioned the practicality and usefulness of recent attempts to “electrify the city.” Some even argue that “digital technologies are not liberating the world, they are imprisoning it.“

What characterizes recent arguments in favor of advanced information technology’s urban application is a deeply rhetorical and ahistorical exemption of prior research and social theory. While this has come to be expected among the most prolific – and profitable – “Internet entrepreneurs,” planners like Rob Goodspeed bemoan this behavior and its encroachment within academic groups: “In fact, the entire MIT Media Lab, by design independent from formal disciplines, has been engaging more and more in social questions with limited links to existing scholarship and theories in the areas they are moving into.” Theory matters, and Goodspeed is right to identify what he calls an “anti-institutionalism” among such entrepreneurs, who believe the Internet and its place in the city transcends existing urban thought. This is, at best, naiveté, and at worst, a dangerous joyride. In the words of radical architect Cedric Price: “Technology is the answer. But what is the question?”

This thrilling techno-joyride deserves a sobering contextualization by recent debacles and scandals. With respect to institutionalism, the proliferation of advanced information technology within government has at times forced government to depend largely on private contractors that provide some IT services for specific agencies. This tends to anchor those agencies to the specific expertise of individual contractors whose knowledge of a particular IT project is indispensable to an agency that would otherwise choose not to “start from scratch” at exorbitant cost with other providers. A prescient example of this is demonstrated perfectly by the United States’ recent botched implementation of its healthcare exchanges. Clay Johnson, a White House Innovation Fellow, describes the problem as one not concerning an isolated technical failure, but the larger power dynamics within Washington: “The way that federal contracting works is so burdensome that the only people who get contracts like this are experts at lobbying and experts at regulations that require you to get these sorts of contracts. And they’re not experts at doing the job of building these websites.” This particular example underscores the power dynamics which situate the role of the Internet and other advanced information technologies in traditional social theory.

Others have argued that the dangers associated with the expanding role of technology in the city is more sinister. Writing for the New York Times, Julian Assange bemoans the “banality” of ‘Don’t Be Evil’, Google’s unironic corporate motto. “The advance of information technology epitomized by Google heralds the death of privacy for most people and shifts the world toward authoritarianism,” writes Assange. Additionally, the Economist argues that cities “could turn into electronic panopticons in which everybody is constantly watched.” While these dystopian perspectives seem to mirror the science fiction extolled by “smart city” proponents, they introduce a tempering balance to the debate. In any case, recent allegations that the National Security Agency in the U.S. spied on Angela Merkel’s cellphone do not fall far from the bleak forewarnings enumerated by the electric city’s naysayers.

Is the electric city of the future a dystopian panopticon of surveillance?

What is more necessary than ever before is the critical treatment of advanced information technology and its place in the 21st century city. Writing for Urbanista, urban designer Lucy Bullivant asks, “as we lean ever more on the seductive support of digital infrastructure, the big question is, can we evolve a critical understanding of how to evolve digital-physical thresholds in their social implications?” Scholars like Mark Graham of the Oxford Internet Institute and Matthew Zook, a geographer at the University of Kentucky, have worked to conceptualize specifically the role of geocoded Internet data in the production of social space. An article published this year by Zook, Graham and Boulton examines the dynamics of augmented reality in urban places: “Because the re-makings of our spatial experiences and interactions are increasingly influenced through the ways in which content and code are fixed, ordered, stabilised and contested, this paper places a focus on how power, as mediated through technological artefacts, code and content, helps to produce place.” More broadly, scholars like Saskia Sassen, in a presentation for the 2012 Urban Age conference, celebrate urban ecologies that include “the logic of users.” In contrast to the engineers’ dream of a “digital nervous system” along which the city functions, absorbing urban data and processing it for the betterment of its citizenry, Sassen concludes that “we can diverge from the engineer’s logics and can hack them. In that divergence is a space for open source urbanism.” By removing the rhetorical embellishments concerning digital technologies, one can situate the “smart city” and the urban applications of advanced information technology in a sobering theoretical context, enabling a critical dissection of these developments to the benefit of future city-dwellers.

Matt Gardner studies urban and regional policy at Northeastern University in Boston. His interests include web development, GIS and the way cities use technology to improve services and planning. 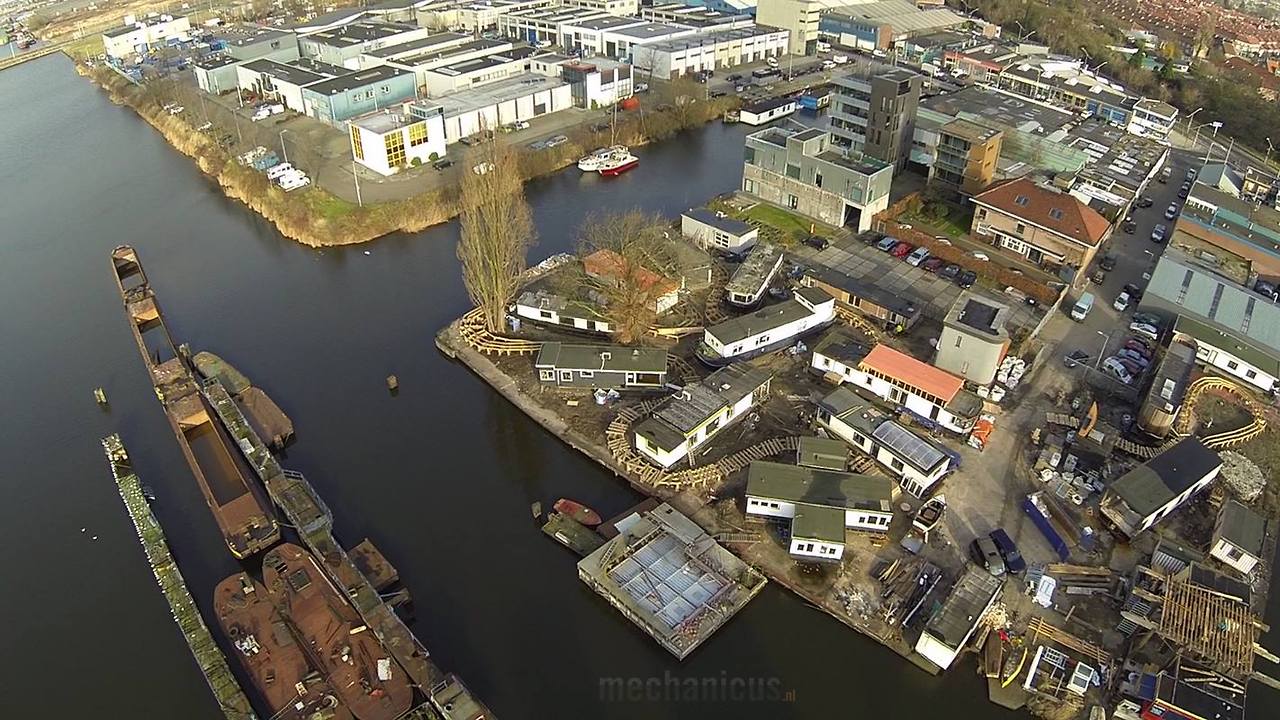 I totally agree, and have been struggling with some of these ideas lately. One that I haven’t seen enough critique of is in regards to open data – few seem to be substantiating the claims that open data is good for all. In actuality it is only understandable by a select few, who are then tasked with interpreting the data for others. Also, the whole smart city paradigm was developed by IBM and features a huge dependance on a decidedly problematic model of the city-as-customer. Great post and great to see more highlighting of critique out there.

Matt, you hit the nail on the head — fantastic, well-written article. Indeed, how open is open data? Technology has enabled more participation but is it meaningful, interactive, and inclusive? This is a dialogue that needs to continue — I look forward to your next post.

However, I disagree with you because I think that in urban/political context, Cedric Price’s answer has already a question: how can we create more democratic institutions and bottom-up policies?

In my opinion, IT developments are more important from the social point of view rather than from the economic.

We have to go one step further of the view of technology where citizen is only a passive reader (or researcher). We should explore how taking decisions using collective intelligence through new IT developments.

Regarding privacy, NSA demonstrates that our data are visible for some people already. The problem is not in the technology but in ethics. 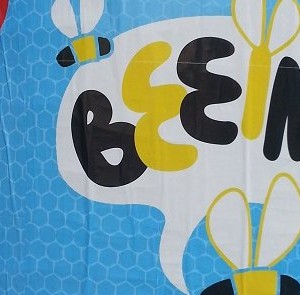 Not long ago, bright blue posters with cute little bees drawn on them decorated the streets of Amsterdam. They caught my eye,...
© 2012 - 2019 The Protocity.com. All rights reserved.
Back to top