There are hundreds of local currencies – on the scale of cities or even neighbourhoods – but not many are as unique as Bijlmer Euro was. Bijlmer is an area in the Southeastern part of Amsterdam, currently home to more than 120 nationalities within vibrant communities. Inter-cultural connections are especially important in such a neighbourhood. Bijlmer Euro was introduced in 2010 by the artist Christian Nold for Imagine IC with the goal of intermingling businesses and local communities of various groups of people that were not connected to each other. To him, Bijlmer Euro had extra value because its usage would be the reflection of trust in the local economic system.

Unlike most of the local currencies, Bijlmer Euro did not have its own bills and coins. Instead, an RFID chip was sticked on a €5 or €10 bill. These were the same chips that were used in the paper tickets of Amsterdam’s public transport system (GVB). Neighbourhood dwellers could bring euro bank notes to an office where they would be turned into Bijlmer Euro. If you know how to get the chip from a GVB ticket you could even make your own Bijlmer euro! Once you got this process done it was simple, you just had to go to one of the shops that accepted Bijlmer Euro and you would get a discount or a small present in return. 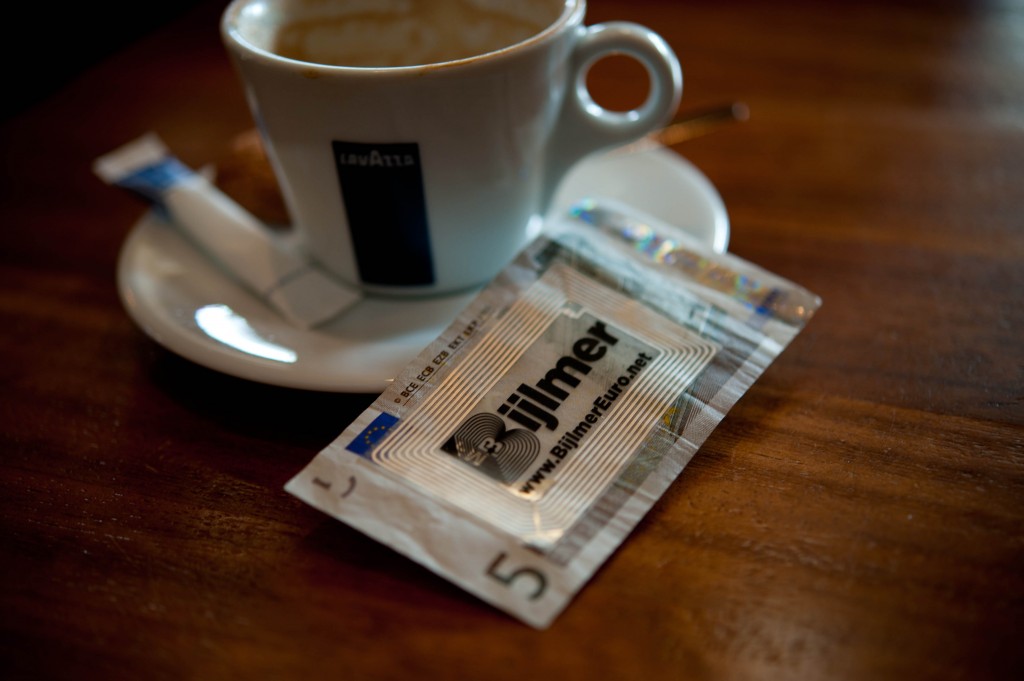 What is special about Bijlmer Euro?

So what is so special about this Bijlmer euro? Was it just money with an RFID chip sticked to it? Of course not! Bijlmer Euro is more than that. I will explain three things to learn from this local currency.

First, Bijlmer Euro used actual Euro notes, the local and EU currencies are interchangeable. Shops did not need to handle two types of currencies, and the same holds true for customers. If you are a traveller you probably know how annoying it is to carry multiple currencies with you. A customer or shop clerk only has to get rid of the RFID chip sticker to use the bill in other environments. As a shop owner, you simply have to equip yourself with a RFID reader, a machine to read information on the IC chip to take part in the local project.

Second, and this is probably the most important feature of Bijlmer Euro and explains why shop owners and neighbourhood dwellers participated: Traceability of money. Every shop participating in the project got an RFID reader, so the project could collect its usage data. You can even see how many transactions have been made and how much in total has been used here. A difficult issue in analysing economic activities is that it is impossible to know what happens to a specific bill at the micro level. Bijlmer Euro is an innovative idea in that you can trace when and where and how much is used, by the possibility of tracing every single bill. This “geotagging” of money suggests the possibility of geographic analysis that I will explain below.

Third, visualisation is not just a “cool” feature that Bijlmer Euro has, but it also allows us to strengthen the connections of local shops and the economy. The traceability allows us to see from which shop to which shop the money has been moved directly by consumers and shows the pattern of connections of stores in the Bijlmer Euro network. This enables collaborations among shops with strong connections and provides wider and more creative business opportunities. 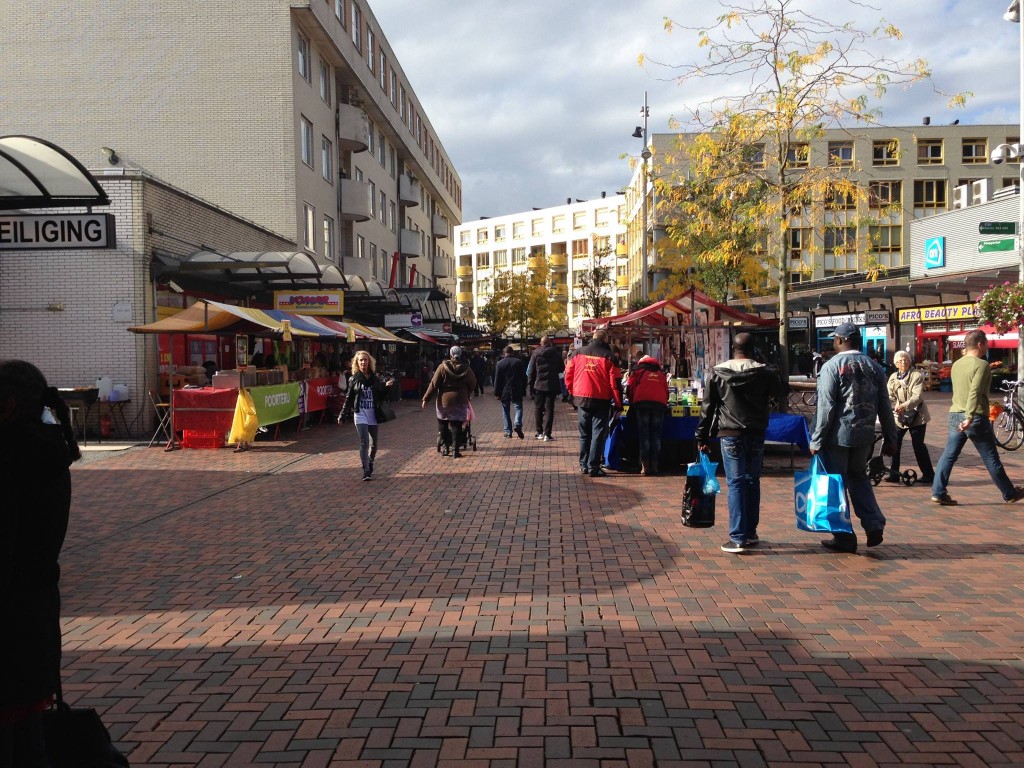 Why is Bijlmer Euro not used anymore?

Bijlmer Euro was a temporary project and the currency is not used anymore. Talking to the shop owners in Bijlmer taught me that most of them do not even remember the project. One of the main reasons that Bijlmer Euro was not built to last seems to be the insufficient duration of the project. Only 17 shops participated in total, and most of them are small shops with not many resources, so a few months was probably not enough to make Bijlmer Euro sustain. One shop owner told me that he liked the idea and participated, but it was not so useful as customers didn’t know about it. None of the owners I talked to said he/she would use Bijlmer Euro even if it were still available. The idea of visualisation through the usage of RFID chips is admirable, but a critical point of such an experiment is to get enough participants. The more data you have, the more you can know about the local economy, and 17 shops is definitely not enough. The concept of Bijlmer Euro is innovative and should be tried on a much larger scale so that the “local big data” can be used for its maximum effective operation.

Yuki did a research about cargo bikes and their route choice for his master thesis, and is trying his best to discourage driving in cities.

Thank you for your post Yuki! It was great to learn about the geo-tagged Bijlmer Euro as it was an innovative idea, but unfortunately a short-lived one. What if this project is linked to pressing global economic issues and awareness to support local businesses? I guess if visitors and dwellers of Bijlmer see some tangible effects, beyond getting discounts, they might continue using this currency. 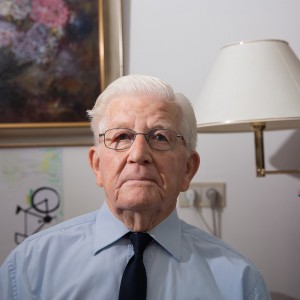 As the city fluctuates to accommodate new locals and develop new trends, certain residents and their experiences are overlooked...
© 2012 - 2019 The Protocity.com. All rights reserved.
Back to top