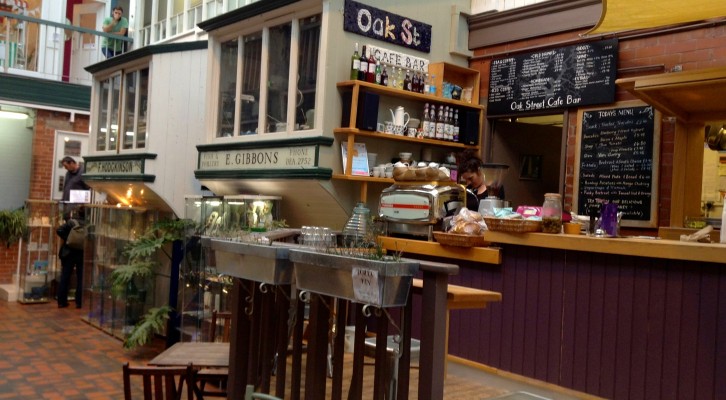 Nowadays, The Northern Quarter is often defined as one of the most exciting parts of Manchester. Its buzzling and vibrant nightlife, distinctive shops, mixture of bars and restaurants and creative industries, suit the needs of hundreds of daily users.  Strikingly, the area used to be known for its heavy industry and poor working class inhabitants.  Until very recent, the area basically lacked everything attractive. Cultural and commercial regeneration in post-industrial neighbourhoods has become a global tool for urban success. Bearing in mind the incredible transformations underlying contemporary urban life, how much do users and inhabitants actually care about the changing atmosphere in neighbourhoods? 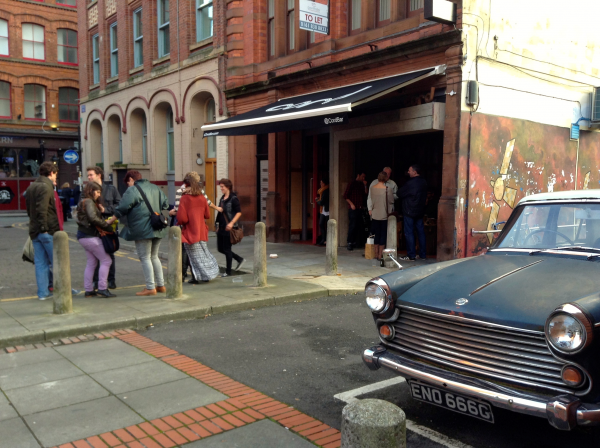 The Northern Quarter in 2014 (Source: Author)

Emergence of a creative hub

Until the First World War, the Northern Quarter, which is located in the north-eastern part of central Manchester, was thriving on its cotton industry. Hundreds of windmills, chimneys, warehouses and other storages characterized the city’s landscape. After the war, production steeply declined as offshore production took over, typical for many post-industrial cities. While Manchester’s city centre gradually modernized over the years, the Northern Quarter (NQ) became very quiet as a commercial area. This lasted until the early 1980s, when the NQ emerged as a cheap atmospheric location for small-scale cultural businesses. The area attracted creative individuals by its heritage, character, “touch of grit”, alleyways, graffiti and crumbly old cheap stuff. The emergence of night-time spots and creative workspaces transformed the symbolic landscape of the area in the ’80s into an open and tolerant place. Later on, creative workers and bar owners were able to occupy major positions in Manchester’s policy positions. As a result, a new urban coalition emerged which valorised entrepreneurialism, culture and creative industries as key to the future of the city. This era resembles the first wave of commercial gentrification as described by Cameron and Caoffee (2005): an emerging place of cultural production. 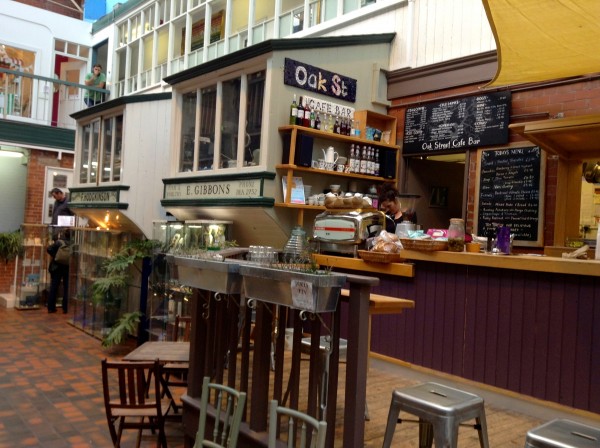 Towards a commercial hub

Commercial gentrification comes to play after the second wave emerges: when cultural production is complemented and after a while replaced by cultural consumption. The ‘cultural urban regeneration’ discourse was widespread in the UK. Starting in London in the 1970s, more and more UK city centres started to be organized around a process of gentrification and consumption-based landscaping facilitated by entrepreneurial governments.  The Manchester City Council set up the Northern Quarter Development Framework in 2003, which emphasizes the provision of “the right context for development” and “enhancement of the built form”. The report claims that the area is not a corporate location, a place for large firms or available for retail or leisure chains: “it is the place for the independent sector, where residents of Manchester and visitors can buy high quality, unusual products and soak up the atmosphere of a truly working quarter”. Furthermore it states that the role for the public sector will be to steer this development activity in a way that will maximize the benefits for the NQ itself and for Manchester as a growing city of global importance. Following Broudehoux, this exemplifies how the local government  “manipulates urban landscape” into cultural resources for the purpose of consumption and image building.

However, before the government got a stake in the development process, there were some small-scale commercial developments happening in the 90s, facilitated by local company named Urban Splash. Over the years Urban Splash grew out into a large-scale property developer, responsible for the complete Smithfield area generation. The Smithfield Building houses 21 retail units located in the heart of the NQ. The company brands the place as: “a rich and diverse mix of shops, creative agencies, restaurants and bars in a bohemian area: an ideal location for businesses after something different”. As recognition of the commercial gentrification process expanded, more large-scale developments started substituting relatively low-rent production spaces for higher yield “hip consumption spaces”. The developer of the Seven Dale house said in an interview with the ‘Manchester Evening News’ in 2011: “the renaissance of this significant building will enhance the attractions of the Northern Quarter to office users requiring good quality space in a great location, whether it is creative or professional service companies.” Both cases illustrate the exploitation of the NQ’s bohemian vibe in order to attract more business activities. As the picture below illustrates, the area’s popular atmosphere seems clearly “ripe for commercial investment”. 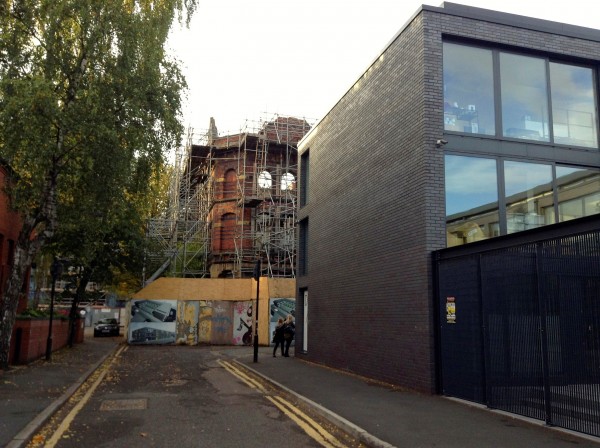 Development of luxurious ateliers in the Northern Quarter in 2014 (Source: Author)

Who cares about authenticity?

Commercial gentrification in the Northern Quarter has come about in quite an advanced stage. So what can we say about its impact on the authenticity of the area? In order to give a good insight in people’s perceptions on the changes, some quotes from a former interview are reflected against Zukin’s work on authentic urban places. Northern Quarter resident Amy Phillips says: “it is true that there has been a huge increase in bars and restaurants here in the past few years, but I think the main impact has been to drive out the ones doing it badly and encourage those doing it well.” According to Phillips “the ones that are doing it well” use both their financial and cultural power to claim the exploitation of the area’s “authentic space” as Zukin would argue. Cleo Farman, owner of Odd Bar and the Blue Pig restaurant, has been in the Northern Quarter for nearly a decade. “It used to be more laid back, more undiscovered, but I think the area has retained its creativity and character, the creatives, artists, designers, photographers and musicians are still here.” Farman acknowledges that the opening of a bunch of new bars is reinforcing an entertainment area. However, the tastes of the trendy residents do not seem to have excluded the cultural workers. The fact that she uses the words “still here” however reveals her uncertainty about their fate in future, which exactly hints on some of the dark sides of commercial gentrification.

The embeddedness of cultural workers in the NQ’s local authentic atmosphere has proved to be of great value in the revitalization and regeneration of the once disinvested, post-industrial neighborhood. Both the market and government parties have recognized the creative industries’ generating value. Developments in the area were steered in a way that would both benefit the established creative workers and entrepreneurs, as well as the city’s wider image. Enhancing the concentration of creative production and consumption has been key in this process. Needless to say, besides the area’s development as attractive space for cultural regeneration and lavish investments in commercial and residential properties, it shows a dark side as well. The restoring of the area’s physical fabric into consumption spaces and loft buildings has created a precious commodity, which is less and less affordable for the original storeowners and particular segments of the cultural industries that are slowly being squeezed out of the neighborhood. The authentic atmosphere of the area initially appealed to many creative entrepreneurs, which  resulted in a strong local network (Northern Quarter Association). However, the logics of financial and cultural power seem to be decisive in how the authentic character of the area is nowadays presented and in fact exploited. Rather than preserving the authentic atmosphere that for years served as the glue for an emerging cultural community, authenticity has now become synonymous for the looks of the area. Commercial consumption within an “industrial setting” seems to mark an increasingly homogenous experience of the area by its users.

Valerie is a MSc student in Urban Studies at the University of Amsterdam. She is fascinated by the changing character of cities over time and across space, and more specifically on the level of individual neighbourhoods. In the light of the growing urban divide and poverty concentration in specific urban areas, her research interests now focus on bottom-up community development. 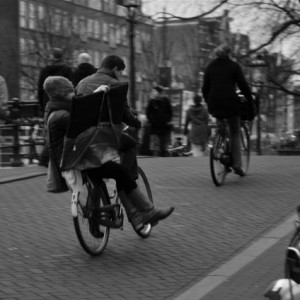 Disclaimer: This article was meant as an April Fool’s Day article. Read more at the bottom of this article. The private...
© 2012 - 2019 The Protocity.com. All rights reserved.
Back to top