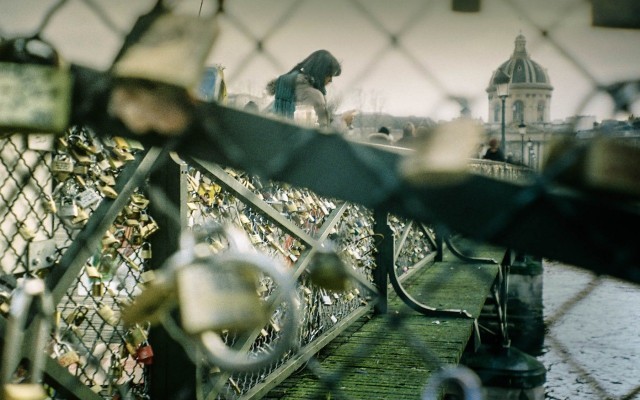 The case of Paris’ love locks on bridges, and as a result the bridges’ partial collapse, bring into sharp focus to the less-than-sharp Right to the City theory, most famously presented by Henri Lefebvre (1968). Whose right it actually is continues to be argued. Is it the Parisian inhabitants who get to decide, or do tourists also have a right to the city? 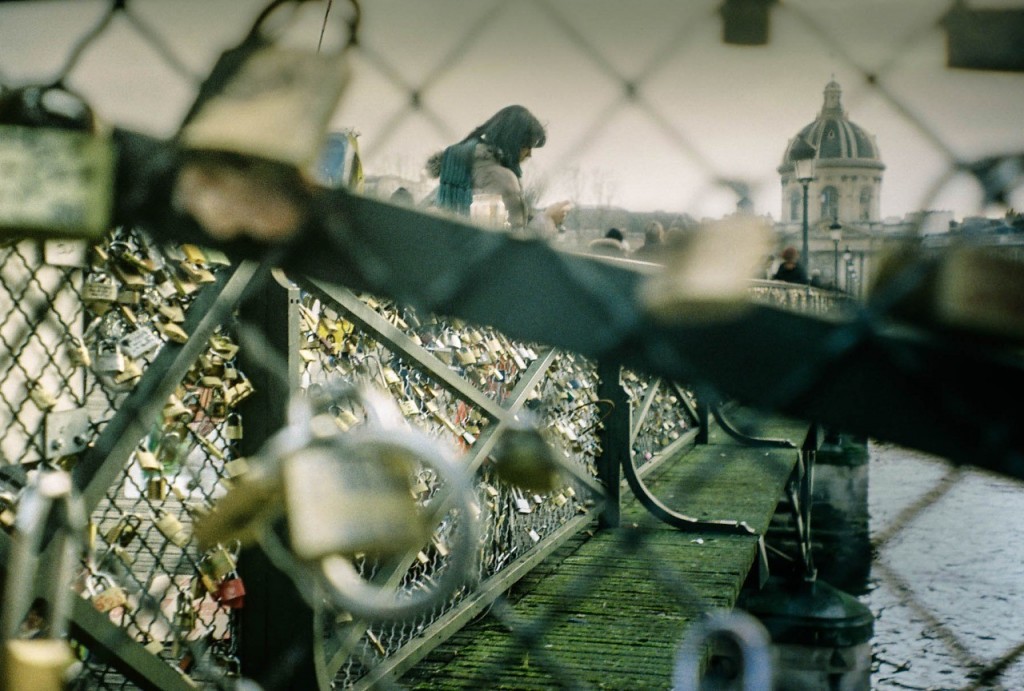 A tale as old as time

Placing a lock on a bridge and throwing the key in the river is a romantic ritual that visitors eagerly partake in when they go to Paris. Love locks began to appear on Paris’ bridges in 2008, but it is difficult to trace the ritual’s exact origin. Some attribute it to Federico Moccia’s 2006 teen novel, I Want You, while others point to a much older Serbian tale of two lovers’ misfortune during World War I. In spite of its ubiquity and contrary to popular belief, the symbolic act of love is not at all a French tradition, nor is this particular epidemic of ‘public space appropriation’ by tourists limited to Paris. Today, “love locks” are found in cities like New York, Rome, Venice, Seoul, Budapest, and Amsterdam, to name a few. 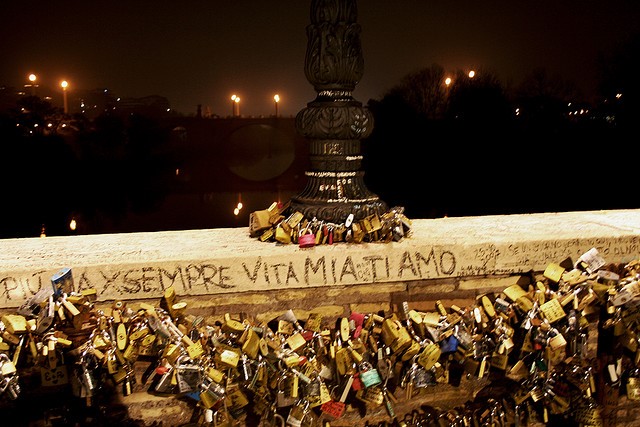 For years, Paris locals viewed the ritual as ironic and predictable, given the overused and blasé symbolic act that has become manufactured, replicated, and thus inauthentic. However, in light of the recent collapse of a part of the famous Pont des Arts, Parisians are voicing their concerns and claiming their right to the city in an effort to salvage the historic architectural relics that have been continuously appropriated by tourists and their appropriated padlocks. The phenomenon’s current trajectory is what concerns Paris’ inhabitants and city officials alike on the future of their city. In addition to the concern for the existing historical landmarks, their woes also fall on the pollution caused by the thousands of padlock keys that get thrown into the city’s rivers and canals. 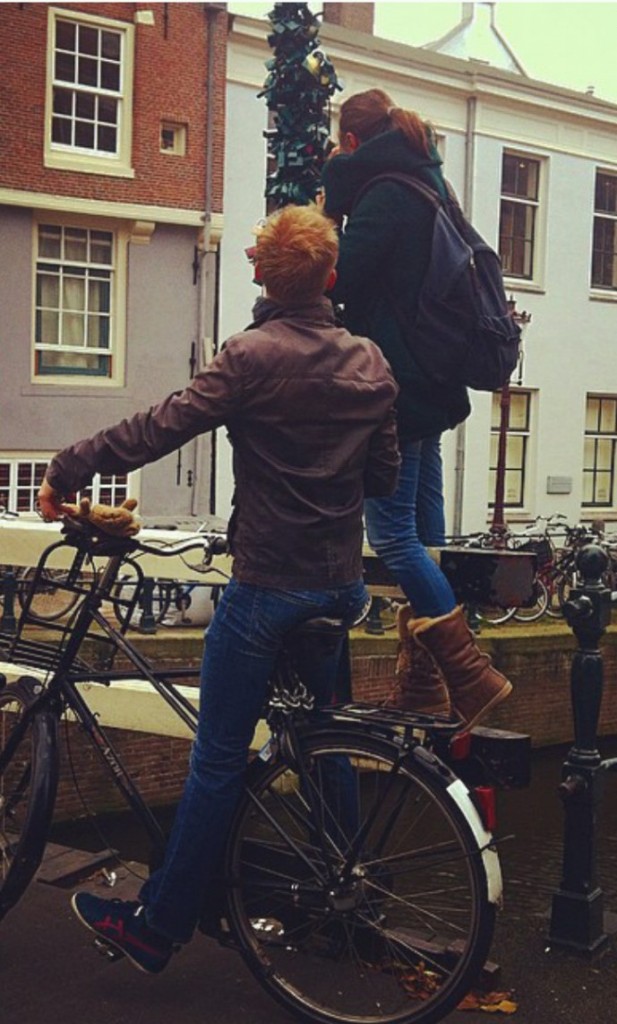 As a response to repercussions of the love locks, grass roots initiatives like No Love Locks are bringing to light how these seemingly harmless rituals of love are literally destroying the infrastructure of their city. The NoLoveLocks campaign was officially started in January 2014 by two Americans living in Paris—they consider the city their home. The campaign’s chief aim is “to increase awareness about the problems created by the padlocks, and to seek measures to fight against this plague by working in partnership with the City of Paris” (Campaign website). On June 2014, Paris saw one of its bridges collapse from the weight of the locks. Not only did this heighten the campaign’s efforts, it also triggered more serious involvement from the city authorities, who previously attempted to tackle the problem without success. 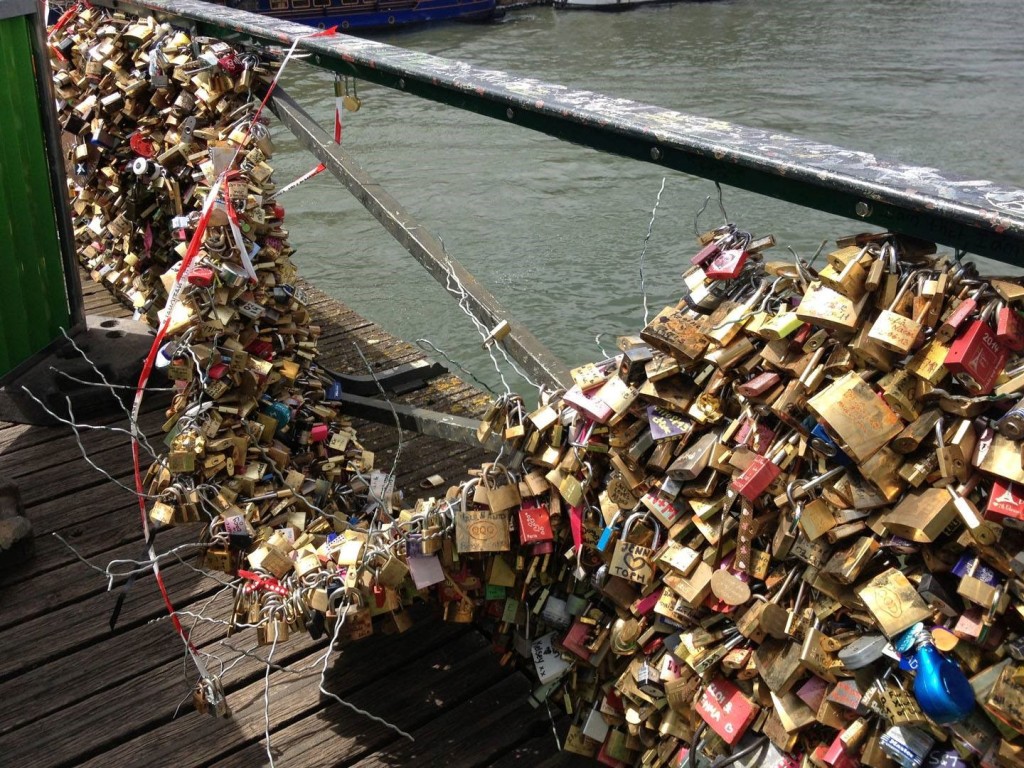 The appropriation of Paris’ monuments with padlocks is in itself a confiscation of public space (mainly) by tourists at the expense of the local residents. Certainly many can (and do) argue that tourists are a chief source of capital to Paris, which remains among the top 5 most visited destinations in the world. Taking the aforementioned into more careful consideration, it raises a question about how the practice of one’s right comes into violation of another’s. More crucially, this case helps to uncover the layers that constitute Paris as a city, providing also a clearer depiction of the production systems that become embedded in a larger system: capitalism. In this scenario, love becomes commodified at the expense of Paris’ inhabitants. In Henri Lefebvre’s famous (1968) “the right to the city” slogan, Lefebvre’s demand is made as a right not only in a legal sense but also on a moral sense. The strife of Parisians to keep their city intact and make tourists aware of the lasting consequences of their transitory practices points to another dimension of how we can understand whose right to the city it actually is. From the words of late 19th-early 20th century American judicial philosopher, Zechariah Chafee, “Your right to swing your arms ends just where the other man’s nose begins.” 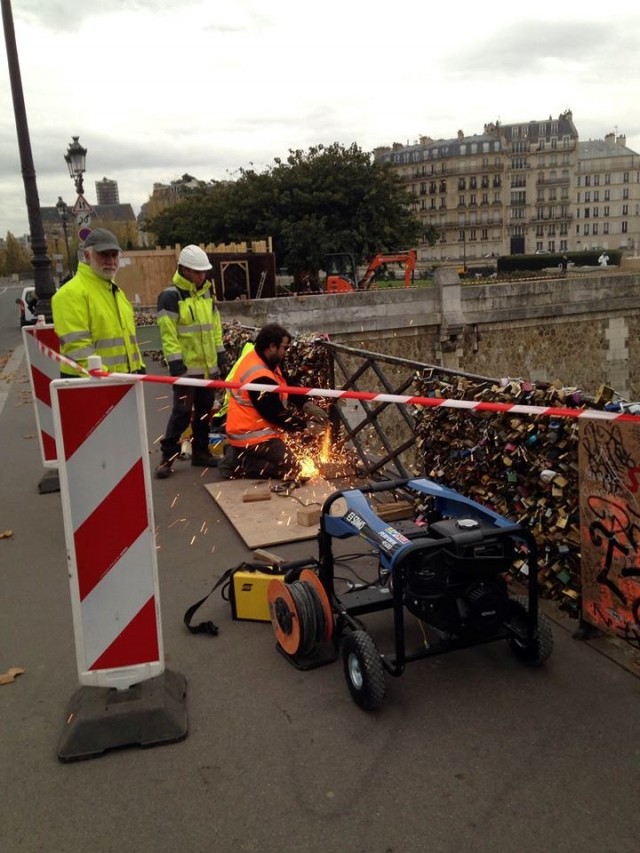 While this love [lock] story does not provide the exact blueprint of how to go about devising a strategy to ensure everyone’s right to the city, it does bring some coherence to the concept. Though still early in the process, the efforts between No Love Locks and Paris authorities depict an integration of bottom-up and top-down processes working towards the same goal. If nothing more, Paris is a cautionary love story for other historic cities where appropriation with love locks is quickly making its mark. Furthermore, perhaps it is not so much the right to the city, as it is the right of the city—a point Lefebvre left out.

After watching Fritz Lang’s (1927) Metropolis, Nicole’s ideas about urbanism crystalized. Her research interests relate to how processes of identity formation and sense of belonging can be derived from and enhanced by the built environment. Nicole graduated from Amsterdam University College with a BA (hons) in liberal arts and is currently pursuing a Msc in Urban Studies at the University of Amsterdam.

Your article reminded me of this rather bizarre video that appeared from the streets of Amsterdam last year: http://www.at5.nl/artikelen/107320/man-haat-liefdesslotjes-op-brug-staalstraat

I’m not sure to what extent the whole scene is actually real, but the majority of the local residents/ random bystanders somehow seem to be very agitated by the fact that he is removing the locks from the bridge. In that sense, it contrasts the Parisian action groups that you describe. I’m now wondering whether the local residents in this particular area of Amsterdam are really positive regarding these locks, since the Nieuwmarkt/ Waterlooplein neighbourhood is actually a bit renowned for their anti-tourist attitude.

What a great find! Very interesting.

The guy in the background seems to be on the fence about how he feels about the locks. I sympathize with him.

I think it can be said that most cities are in favour of the locks. There is a hyperlink on “Amsterdam” when it’s first mentioned in the article; it shows that the ‘love locks’ are promoted on the site as key (no pun intended) part of the tourist experience for visitors.

In this case, I think Paris is on the opposite end primarily because they have seen the result of too much love, I guess you could say. 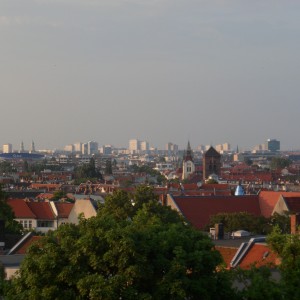 This contribution is based on the paper ‘Stakeholder Representations of Marginal Gentrification in Amsterdam and Berlin:...
© 2012 - 2019 The Protocity.com. All rights reserved.
Back to top