Share On:
This contribution is based on the paper ‘Stakeholder Representations of Marginal Gentrification in Amsterdam and Berlin: A Marginal Process?’ published in Housing Studies. Follow this link for the full academic article.

A widely felt dissatisfaction with and anger about gentrification exists among Berlin’s residents. Furious debates about the touristification of residential neighbourhoods and massive protests against rent increases are just some of the ways by which this is expressed. Outside the Anglo-American context, there are few cities where gentrification is as contested as it is in Berlin. Conversely, gentrification arguably forms a key component of Berlin’s urban growth strategies inspired by the so-called promises of the creative city and city marketing strategies aiming to promote the city’s image as hip, creative, and ‘poor but sexy’.

During my stay in Berlin in 2012 I studied whether and how local policymakers and relevant policy documents deal with these heated debates about gentrification and criticisms about their role in promoting it. From the international scholarly literature we learn that public policies pursuing gentrification are often, in the words of the late Neil Smith, ‘sugarcoated’ with the more positive sounding vocabulary of social mixing, revitalisation, regeneration or urban renaissance. This would allow stakeholders to avoid the negative association of the term gentrification with displacement and class struggles – allowing gentrification policies to be installed ‘by stealth’. Is such a strategy possible, however, in a context where the term gentrification fills the newspapers and criticisms are often voiced and heard?

After having swept through Mitte, Prenzlauer Berg, Friedrichshain and Kreuzberg, gentrification has in recent years arrived and settled in the district of Neukölln – or more specifically the quarters Reuterquartier (38,000 residents) and Schillerpromenade (30,000) – and made it a travel guide highlight. Reuterquartier has been subject to most gentrification pressures as it borders an already heavily gentrified part of Kreuzberg. Schillerpromenade is located directly east of the former airport Tempelhof, which now functions as a huge public green space. This has substantially enhanced the susceptibility of the quarter to gentrification. As a consequence these quarters currently show the steepest rent increases of the whole of Berlin. It is important to note here that the city is dominated by private-rental housing. 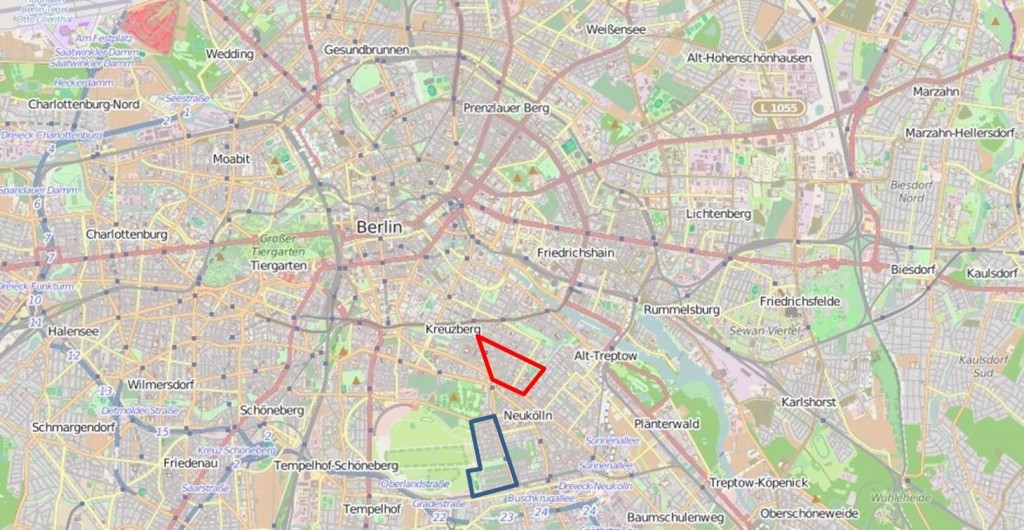 Not so long ago though, these areas of Neukölln were considered some of the worst off in Berlin, and falsely represented as ghettoes by media and politicians (most notably Thilo Sarrazin). Therefore, both Reuterquartier and Schillerpromenade came to be targeted by a range of policy initiatives to address the spatial concentration of disadvantage. Most importantly, both neighbourhoods were – along with 32 other quarters in Berlin – designated as areas with ‘special development needs’ to be addressed by Neighbourhood Management teams. 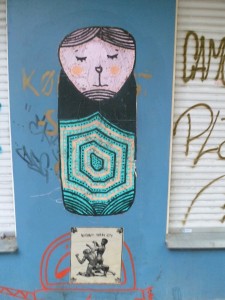 Although the broad range of policy initiatives show important differences, most do mention goals to attract and retain upwardly-mobile or middle-income households. Also, policies aiming to upgrade the quality of the housing stock and public space and attract more artist galleries, higher-end gastronomy and higher-end shops are in place. Hence, these policy examples potentially provide some evidence of state-supported gentrification being pursued.

In this regard, policymakers and policy documents routinely refer to a study on the changing residential composition of Nord-Neukölln. This study found that the majority of more recent in-movers into Reuterquartier and Schillerpromenade only possess income levels slightly above both neighbourhoods’ averages. This creates the idea that residential composition change is one of the poor displacing the very poor rather than full-fledged gentrification where high-income residents move in:

“What happens here is something different. For us, it has nothing to do with gentrification. The residential structure is changing, but young residents are moving in” (quote from interview with policymaker, author translation).

This is a remarkable conclusion: Even though recent in-movers indeed possess comparatively low incomes, they are relatively small households such as students, childless couples and other upwardly-mobile young people. Nevertheless, referring to the marginal status of recent in-movers is one of the main strategies to downplay the extent of gentrification or to deny it occurs at all. Furthermore, some policymakers argue more mature forms of gentrification are not to be expected, given the large share of comparatively small apartments and the availability of still relatively affordable apartments in higher status neighbourhoods.

Consequently, policymakers emphasise they are not involved in gentrifying the neighbourhood or displacing residents. After their local office was vandalized in November 2012, the Neighbourhood Management of Schillerpromenade posted a message on their website which stated:

“To repeat it once again: We do not renovate, we do not sell or buy houses; we do not cast out, displace or repress anybody” (author translation).

Furthermore, next to downplaying the current extent of gentrification taking place, interviewed policymakers often create a false choice between either pursuing future gentrification or else having to accept further decline and slummification (see Tom Slater’s recent criticism of what he terms false choice urbanism):

“I have invested millions […], everywhere the streets and squares have been improved. I have worked together with the neighbourhood’s residents. What do they want? We have made it more attractive, […] the landlords will notice this and demand higher rents” (quote from interview with policymaker, author translation).

“When we act against bad landlords and bad living conditions it is called gentrification and when we don’t do anything we are blamed for these bad conditions” (quote from interview with policymaker, author translation).

Or as one policymaker puts it: “a few more Kollwitzplätze [in Neukölln] would be good”. The point of reference, Kollwitzplatz formst the heart of Prenzlauer Berg and is one of the most gentrified parts of the whole of Berlin. This false choice – resembling the ‘there is no alternative’ slogan of neoliberalism – can be considered a strategy to make gentrification look like a good alternative to decline, in effect ‘displacing’ all options in between.

Thus, to conclude, we can derive some strategies of how policymakers deal with criticisms of promoting gentrification. We see that policymakers refer to reports and official statistics to stress that in-movers are relatively low income themselves, and that high levels of poverty and structural concentrations of disadvantage continue to exist. Relatedly, although policymakers argue their influence is relatively benign, they do present gentrification policies as a suitable way to treat existing issues, in effect accepting displacement and rent increases as a logical side effect.

Now, some two years after this research was conducted, we can see the extent and pace of gentrification occurring as Nord-Neukölln has seen a 54% increase in rents for new renters between 2009 and 2014 outpacing all other districts of Berlin. It appears the result of a toxic mix of market and policy, with the market moving towards reinvestment and gentrification in Neukölln and policies happy to support these developments in their attempts to reduce poverty in the area.

Cody Hochstenbach is a PhD researcher in Urban Geography at the University of Amsterdam. His research focuses on various dimensions of gentrification. This contribution is based on the paper ‘Stakeholder Representations of Marginal Gentrification in Amsterdam and Berlin: A Marginal Process?’ forthcoming in Housing Studies. An advance copy of the paper can be requested from the author.
http://c.hochstenbach@uva.nl

Amsterdam's Afterthought: Touring the A10 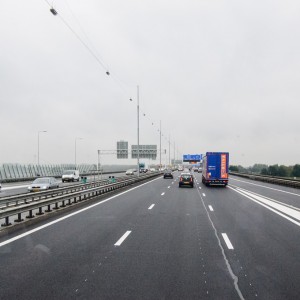 Amsterdam's Afterthought: Touring the A10

Many cities are defined in part by their urban road networks: Los Angeles had its freeways famously categorised as bourgeois...
© 2012 - 2019 The Protocity.com. All rights reserved.
Back to top