Pedal is a documentary on earlier years of the bike messenger culture in New York.

If you is fast, then you would go to the Tour de France, to earn some good money.

While the bike messenger subculture has nowadays largely been taken into the main stream in cities of the West, their origins lie in New York City, where in the 1990s a small group of brave bike fanatics quickly took over the delivery market, as the bike proved to be the fastest in this permanently congested city.

In Pedal, a documentary on the New York bike messengers, you follow several messengers in their everyday life as deliverers. The documentary is filmed in the early 2000s, in the proto-internet era, when beepers were used and orders were called in via land lines. Here on The ProtoCity, we have written earlier about the dangerous bicycle situation in New York for our Suicide Cycling series. However, the bike messengers which are followed in Pedal make it all look easy, even though the only female bike messenger gets hit live on camera. She was all-right, quickly getting up and explaining she would use the 50 $ she got from her mom to buy a helmet, to repair her bike. 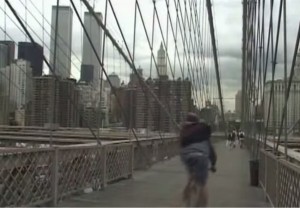 Pedal beautifully shows the ways in which bike messengers have to manoeuvre through peak traffic: Sometimes as elegant as ballet dancers, other times bashing through like a bull, recorded in ways today’s Go-Pro cameras are used en masse. The documentary however shows a different side as well. A grumpy taxi driver explains that the bike messenger is “dangerous, drives against lights, against pedestrians, needs to be trained and licenenced” and that he “won’t give him any respect, cross him, or cut him off, to show him who is boss.” Clearly, the situation is tense, which is also demonstrated by the NYC bike policemen who are especially trained to go after bike messengers. An interesting observation here is that they are one of the few cyclists who are wearing helmets.

Bicycling nowadays accounts for a mere percentage of the modal share in New York. The city is well serviced by an extensive metro network and the motorways and roads facilitate car usage. Still the bicycle has potential, even in this city, and one can see signs of the growing bicycle culture even is this documentary. The bike messenger community is strong and well organized, which is symbolized by the typical bike messenger races called ‘the Alley Cats’. Here, bike messengers race through the city via a random order of checkpoints. Of course we can recognize the growing bicycle culture in the fixie bike hipsterization of many larger cities, but one has to remember where the fixie came from: From the track, to be used as the quickest way to get around in the congested city of New York. 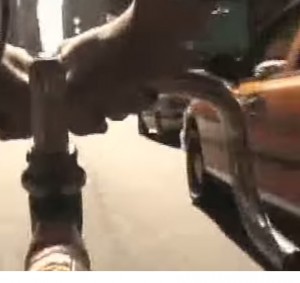 All in all the documentary gets a rating of 4 out of 5 ProtoCity Skyscrapers. Don’t expect any explanation of the urban transport system of in-depth analysis of the bike messenger culture. Just watch and enjoy the portraits of the original fixie riders, which risk everything to get that package from point A to B. Quick tip: the documentary is available entirely on YouTube if you search for “Pedal Documentary“, or you can view the trailer below.

Leipzig: Back to Growth, but Not for Everyone 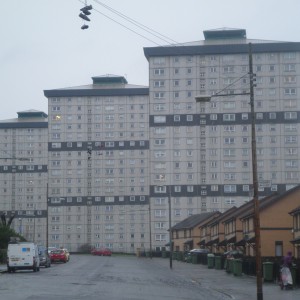