Filming Cities: The Nature Of Cities

Part of our separation from nature is that we thought nature is something “over there” and where we live is not nature, and especially if we live in a city.

This argument leads like a common threat throughout ‘The Nature of Cities’. The 50-minute documentary criticises the common notion of nature being something ‘over there’, instead of something we interact with; in cities, in our everyday lives – on a smaller or larger scale. Nature and cities are, can and should go together according to ‘The Nature of Cities’ – whether we talk about parks, living green walls, green buildings or car-free communities. The diversity of what nature in cities can be, is portrayed through various projects, as Timothy Beatly (sustainable city researcher and author) travels to many cities (mostly European ones), including Freiburg (Germany), Malmö (Sweden), Paris (France), Austin (Texas). 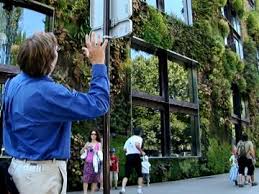 In each city (in case you haven’t noticed, the choice of cities includes quite the selection of frontrunners in green design and sustainable planning approaches), various small – and large-scale projects are discussed and local people involved are interviewed. Whether people from a green roof center in Malmö (Sweden), visitors of a park where hundreds of people gather to watch bats in a park in Austin (Texas), inhabitants of the car-free GWL terrain in Amsterdam (The Netherlands), or the city planner of Freiburg (Germany) speak about what nature means to them – you will always hear the same underlying tone: the importance of green spaces and people’s desire to get a little bit of that assumed ‘nature out there’ back into our urban environments. As Timothy Beatly proclaims: ”It is high time to overcome the notion that cities and nature can’t go together, or can’t coexist”.

“There are two types of environmentalist: those who understand that the city is part of the environment, and those who do not” (Paul Soglin, Former Mayor, Madison, Wisconsin)

The documentary features a lot of quotes leading you through the documentary encapsulating the main messages. The film- maker, Chuck Davis also makes films on spirituality, which has probably also inspired him to make this documentary and explains “his desire of integrating more green spaces into cities – an innate human spiritual need and overall improved mental health when around nature.” 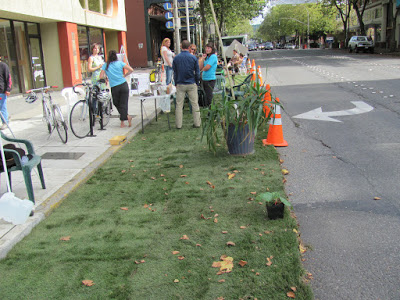 If you look for small scale urban gardening initiatives, portrayal of the rise of food coops in cities, you will not make a find in this movie, as not a lot of citizens and small scale initiatives are portrayed (for urban gardening enthusiasts I’d recommend to watch the ‘Edible City‘). However, ‘The Nature of Cities’ shows that nature in cities is and can be all of this – small and large scale initiatives (a green living roof, a car-free community in the Netherlands, a bike corridor in Copenhagen, or urban gardening projects). Due to the general lens of understanding nature and the relatively short discussion of local projects, you won’t find specific or detailed discussion of context specific issues, challenges and successes in the documentary. Also, all cities portrayed are Western cities who are frontrunners in (at least some aspect of) sustainable city making. It would also be interesting to see what is happening in less portrayed, less famous, maybe more environmentally challenged cities in other parts of the world.

However, I’d recommend the movie for two reasons specifically: first, as the documentary draws from a range of different projects, it does show the diversity and opportunities to ‘bring nature back into our cities’. Second, it makes you go outside the next morning looking at planted flowers next to the sidewalk in your street or cycling past trees maybe with (even) more caution, appreciation and willingness to contribute to a more green and breathable city. Hopefully, at least. So all in all, I award the documentary with 4 out of 5 skyscrapers.

Enjoy the documentary and let us know what you think! 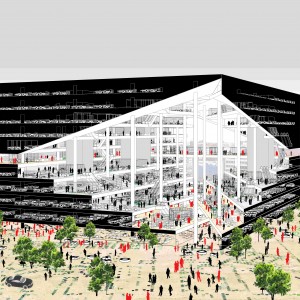 The Example of Axel Springer’s New Media Campus “Today there is no reason that a need for such a building with...
© 2012 - 2019 The Protocity.com. All rights reserved.
Back to top