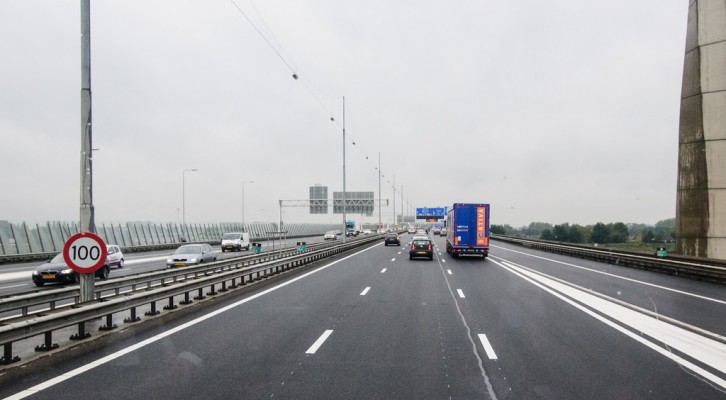 Amsterdam’s Afterthought: Touring the A10

Many cities are defined in part by their urban road networks: Los Angeles had its freeways famously categorised as bourgeois or gangster by Ice Cube, while Vancouver’s outright rejection of an urban freeway has made it unique amongst North American cities. But Amsterdam is one city where the freeway is primarily an afterthought for most.

I recently participated in a workshop organised by Failed Architecture called Amsterdam’s Ring Road. The workshop joined together the creative vigour of students in the System D Academy programme at the Sandberg Institute and a variety of urban planners, architects, and researchers. The primary aim was to tackle the fundamental questions of the city’s ring road as architecture but also as infrastructure: how does it breathe life into a city that, by most metrics, has largely rejected the privately-owned car? 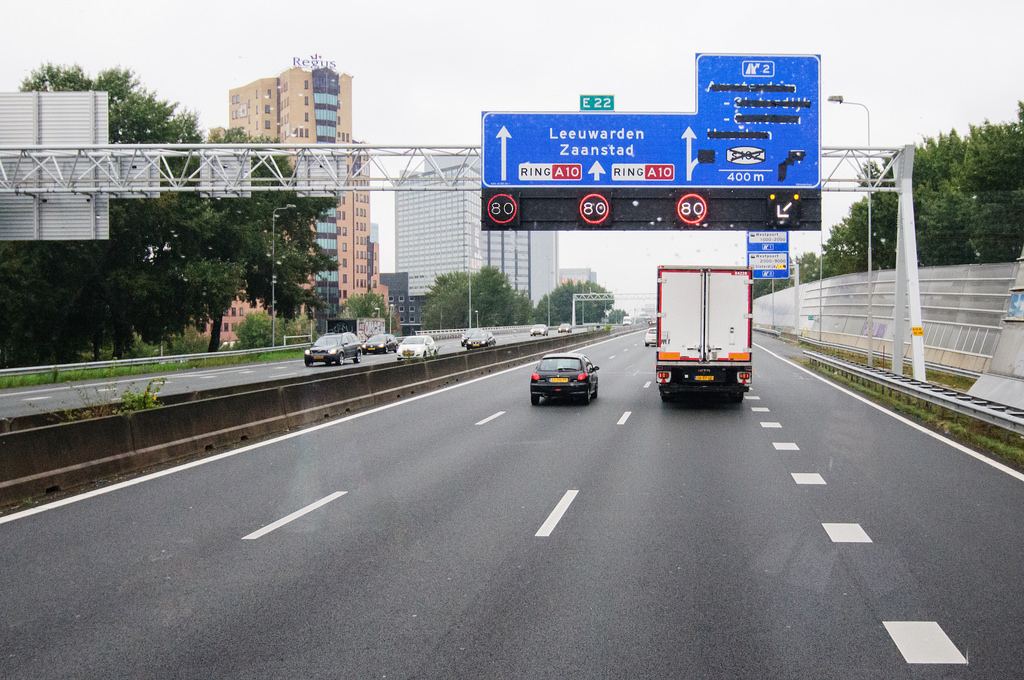 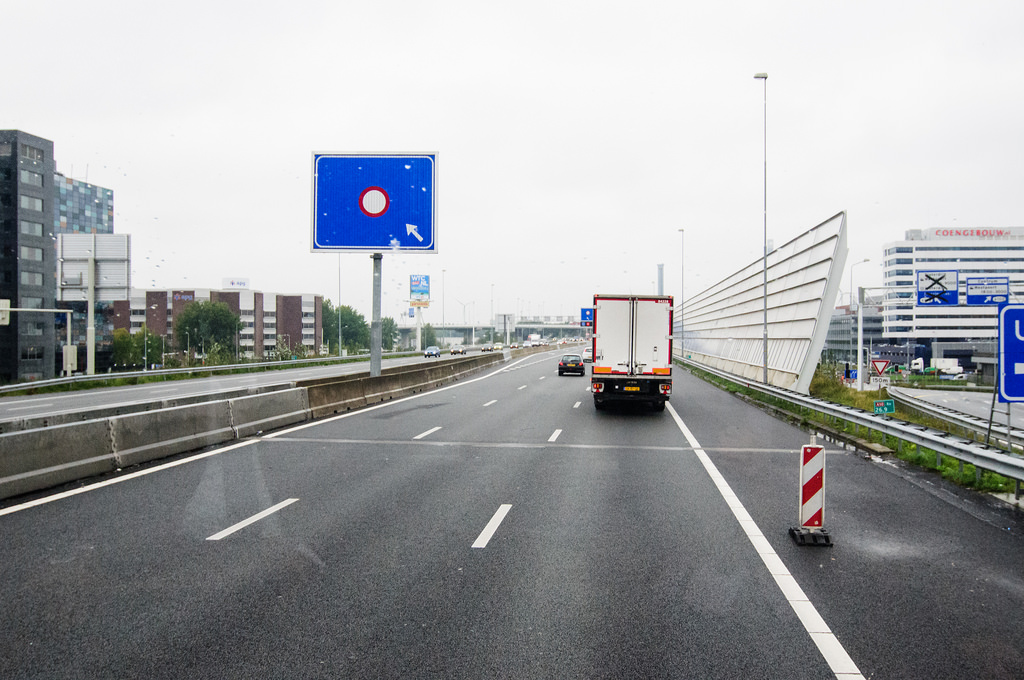 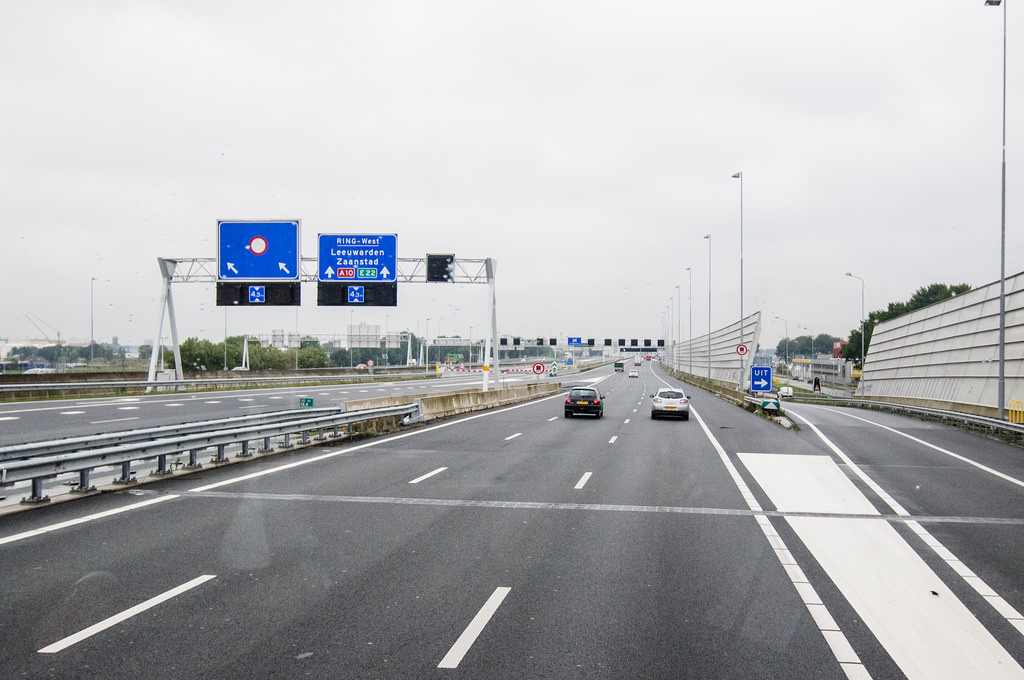 Car ownership and freeway development came relatively late to the Netherlands, with the resulting effect that Dutch highways are technologically superior to many of their peers. Despite having a high-tech, high-density network of highways, the Netherlands has historically been renowned for transportation operating at a human scale. The bicycle is king in Amsterdam, as every local and tourist is acutely aware, with the trains, trams, and buses occasionally pitching in to carry travellers over a longer distance.

Enter: Amsterdam’s A10, the Ring Road. 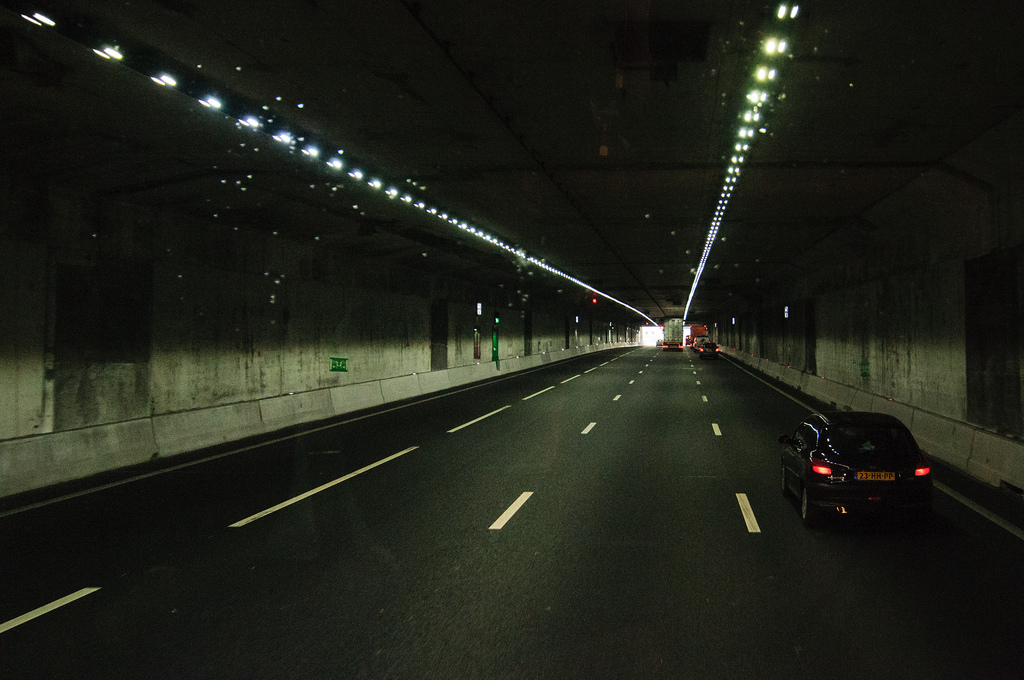 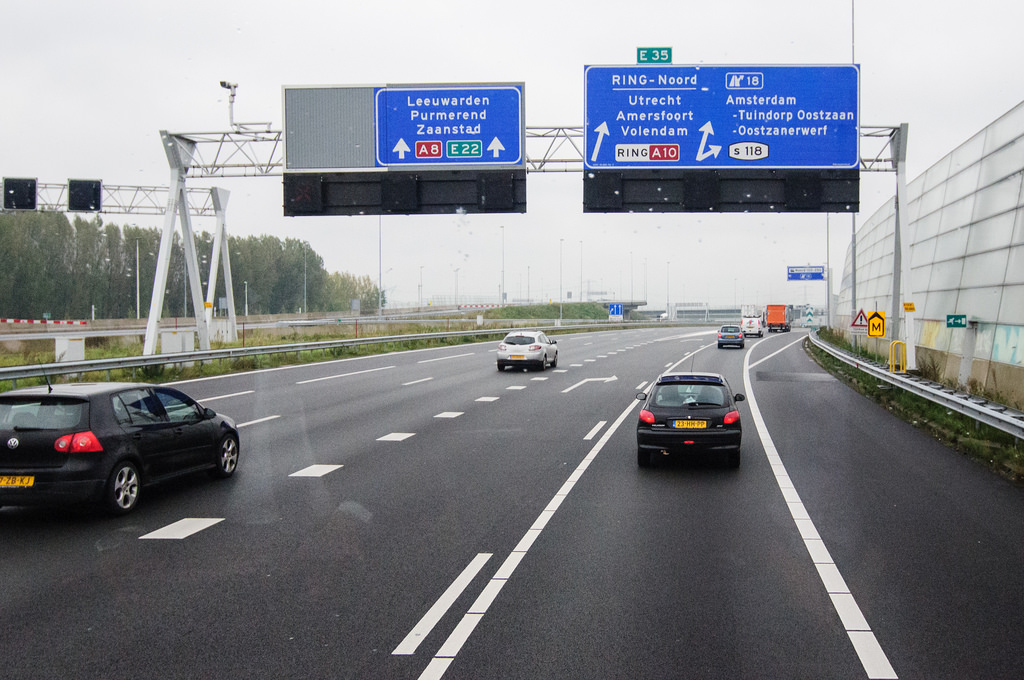 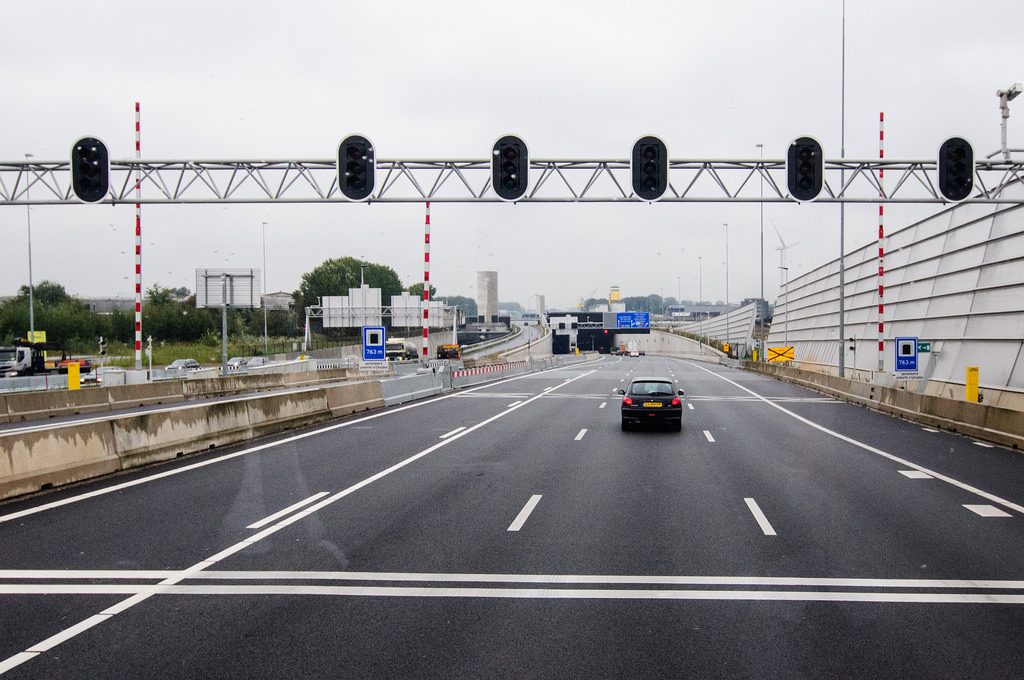 The 32-kilometre highway strangles the urban core of Amsterdam. Encased in garish noise barriers that prevent any visual experience of Amsterdam itself, the A10 has entered the local parlance simply as ‘The Ring,’ often used to suggest an outer limit of where many locals would prefer to live. Paradoxically, the infrastructure that is considered by many to be a dividing line serves as an extension of Amsterdam’s informal boundaries: development of a national highway network played a role in decreasing Amsterdam’s urban population, as families that could afford to do so moved to the outer suburbs of Abcoude or Purmerend. 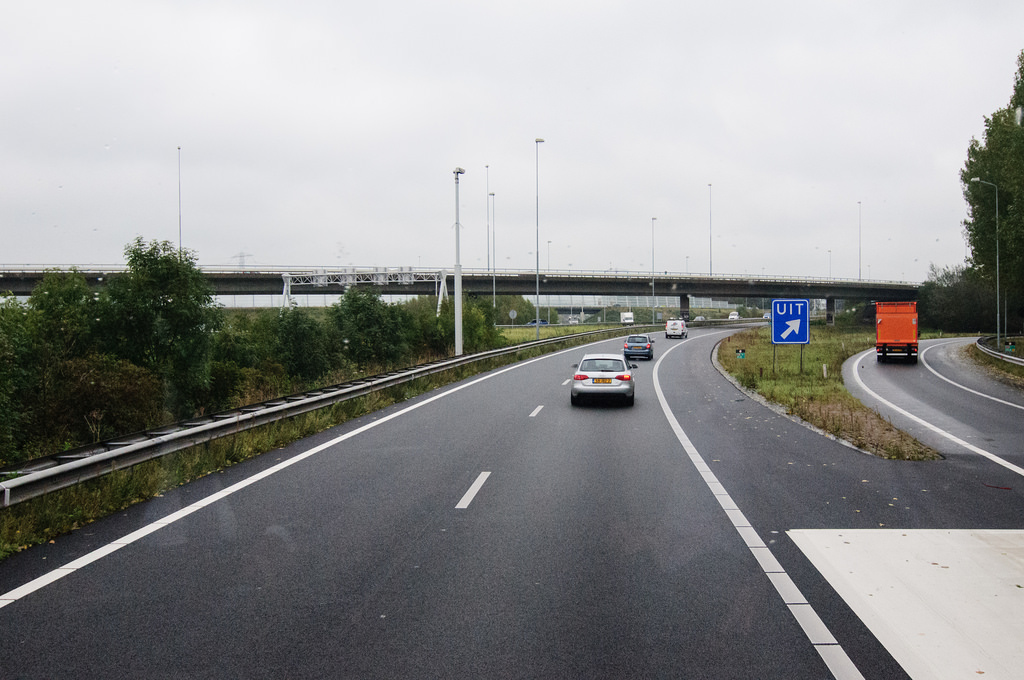 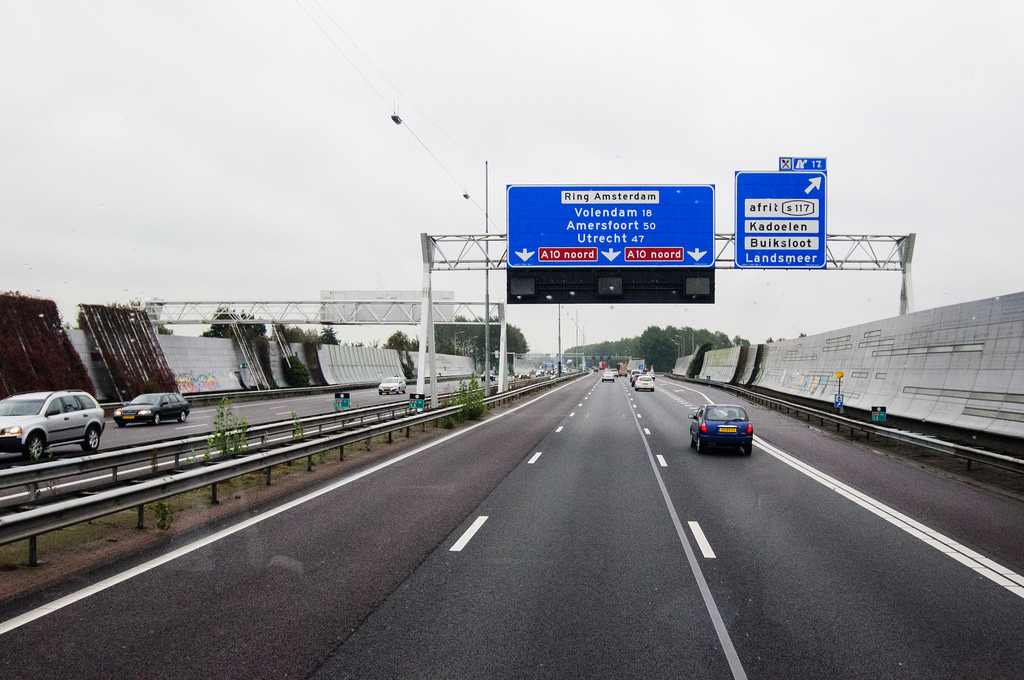 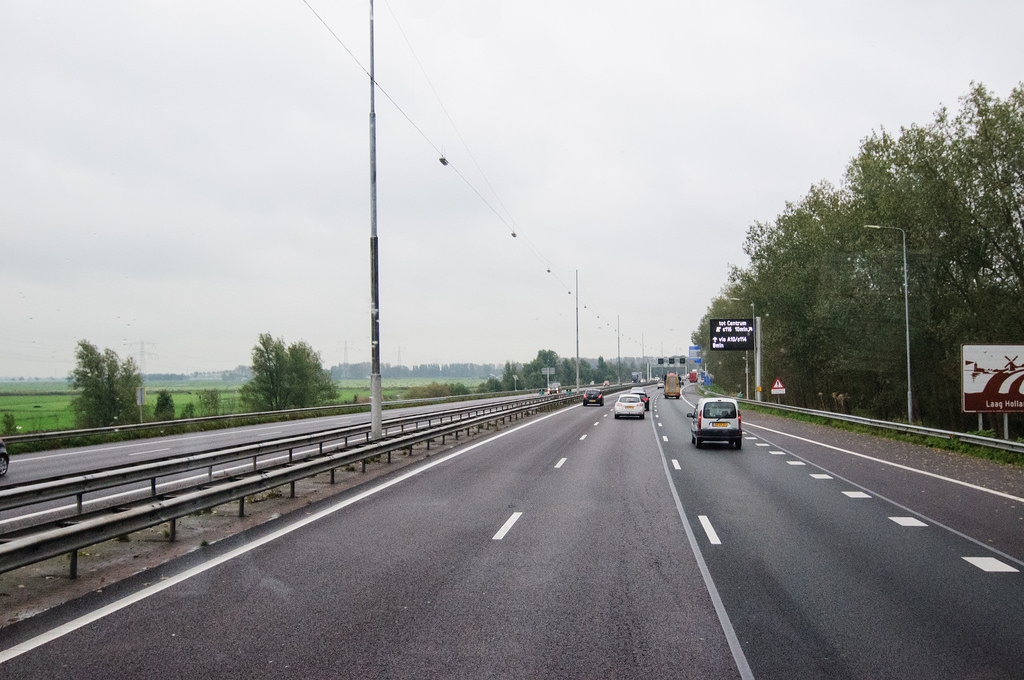 During the course of the workshop, we were split into small teams that focussed on various aspects of the A10 as an artery as well as architecture, including the realms of the built environment, economic aspects, social aspects, and the reputation of the structure itself. I found myself in the last group, researching interpretations of the highway in a variety of media formats.

Our conclusions were unexpected: rather than the steady downward trend that we had predicted for a highway declining in importance, we had found a partially inverted result. The A10 itself has alternated between a signal of the future and a relic of the past, with ongoing developments in smart highway technologies such as electric vehicle charging lanes and reactive paint suggesting a return to the future in the highway’s perception. 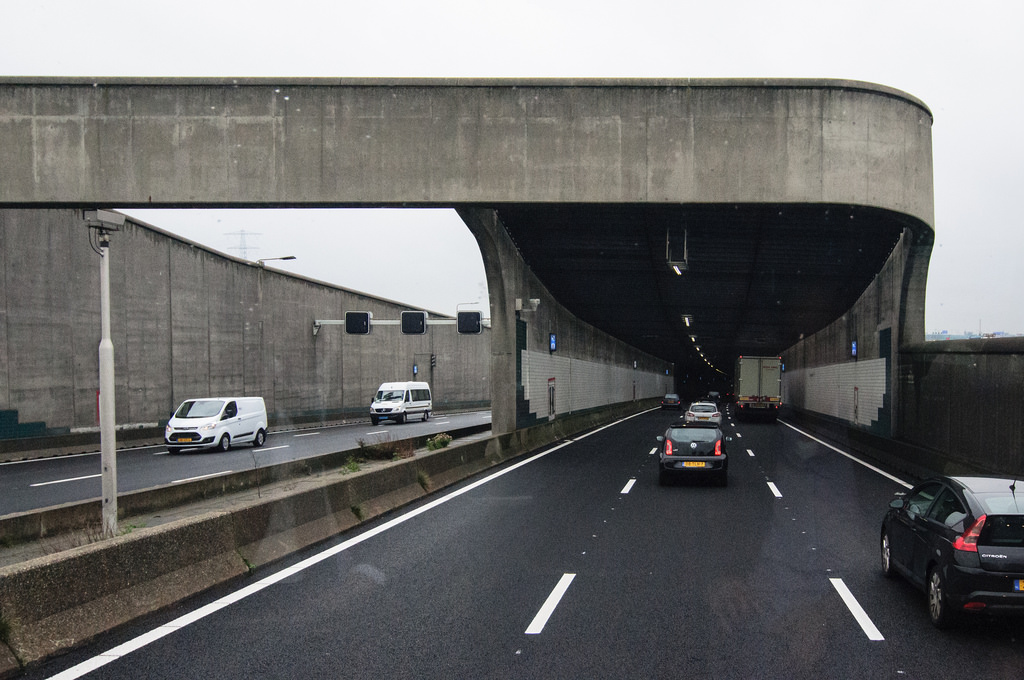 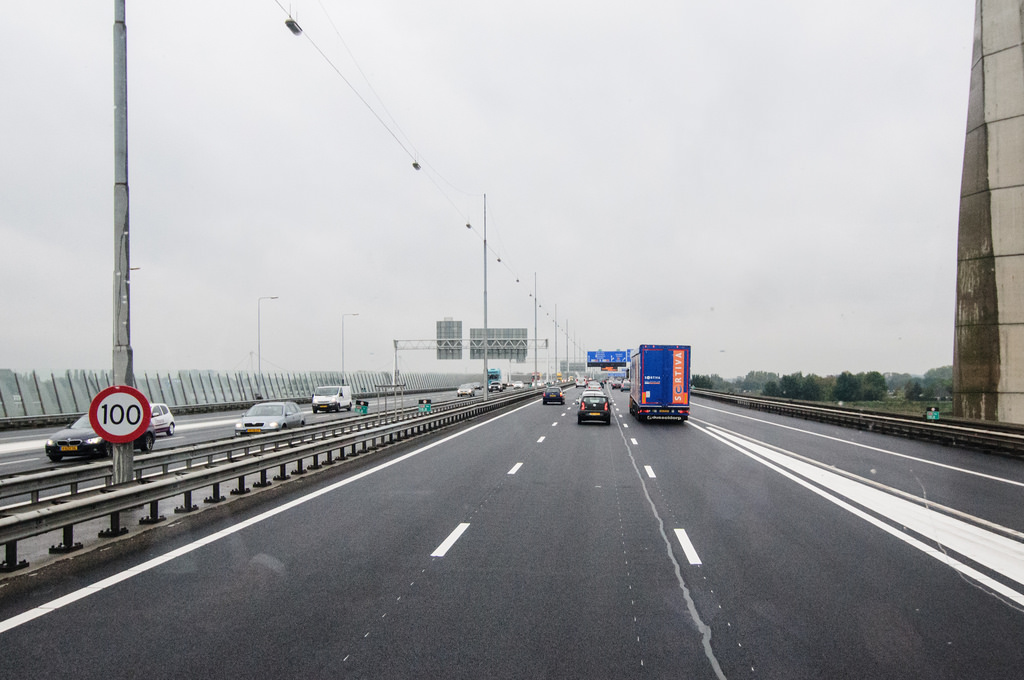 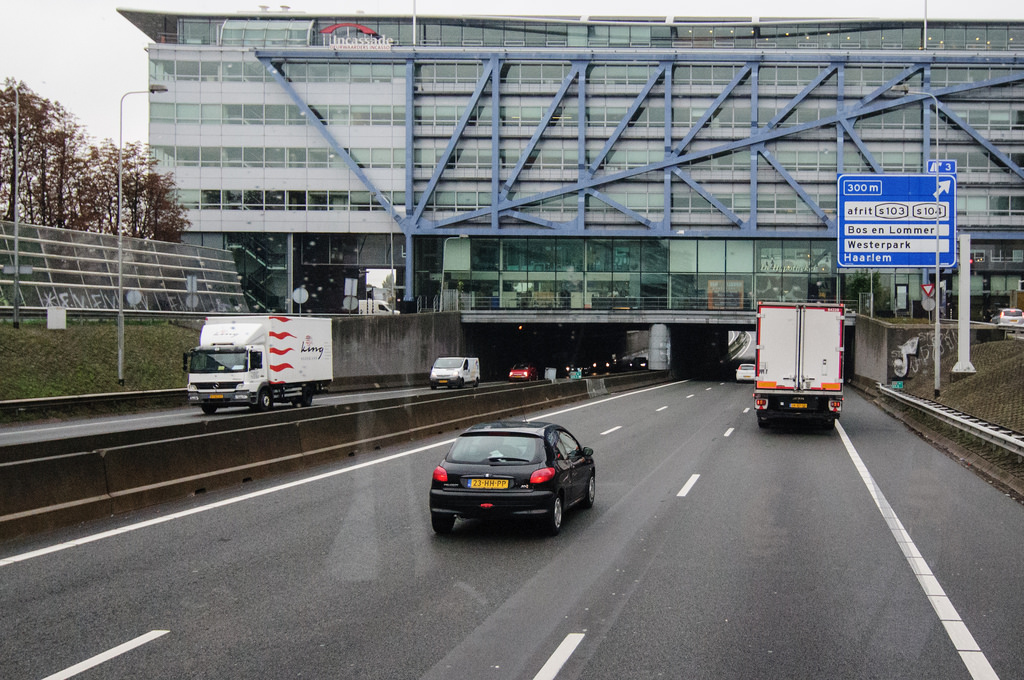 Other groups found conclusions that often placed the A10 as a political battleground. The highway has often been a site of jurisdictional friction between Amsterdam and the Dutch government (as of 2014, the A10 is owned by the Dutch government and not the municipality, as it had been for many decades), the city and its inhabitants (highway development in Amsterdam often spurs the relocation of low-income residents), and even the national government and the city’s tenants (one infamous source of friction was a car dealership that wished to move a showroom in to the above-pictured building that hangs over the highway; the national government rejected the move on the grounds of it being an advertisement on a highway, which is illegal in the Netherlands). 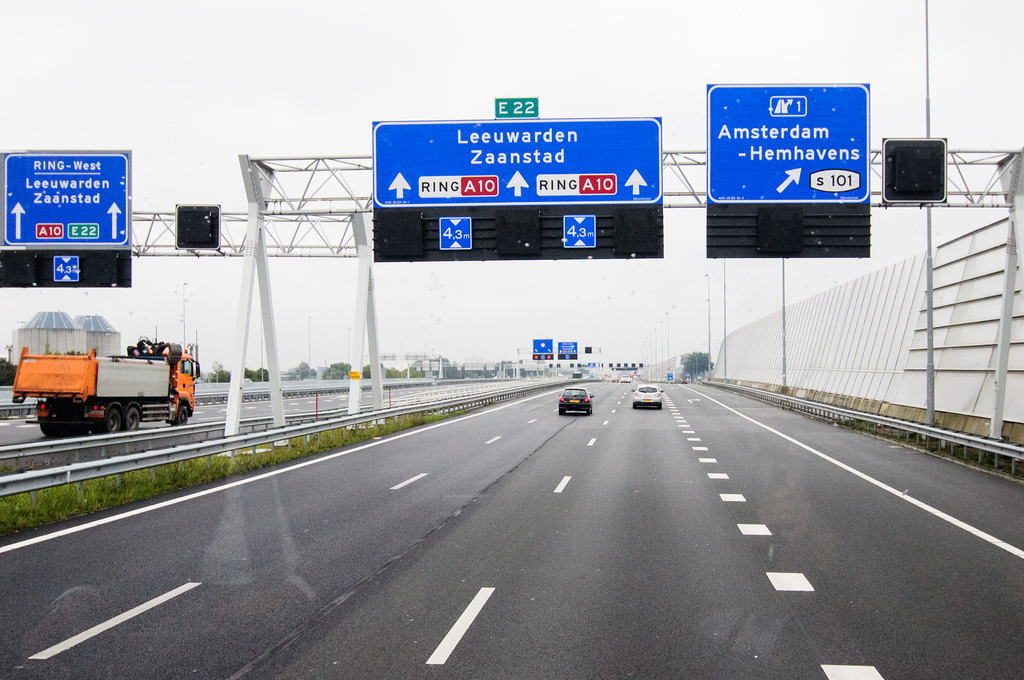 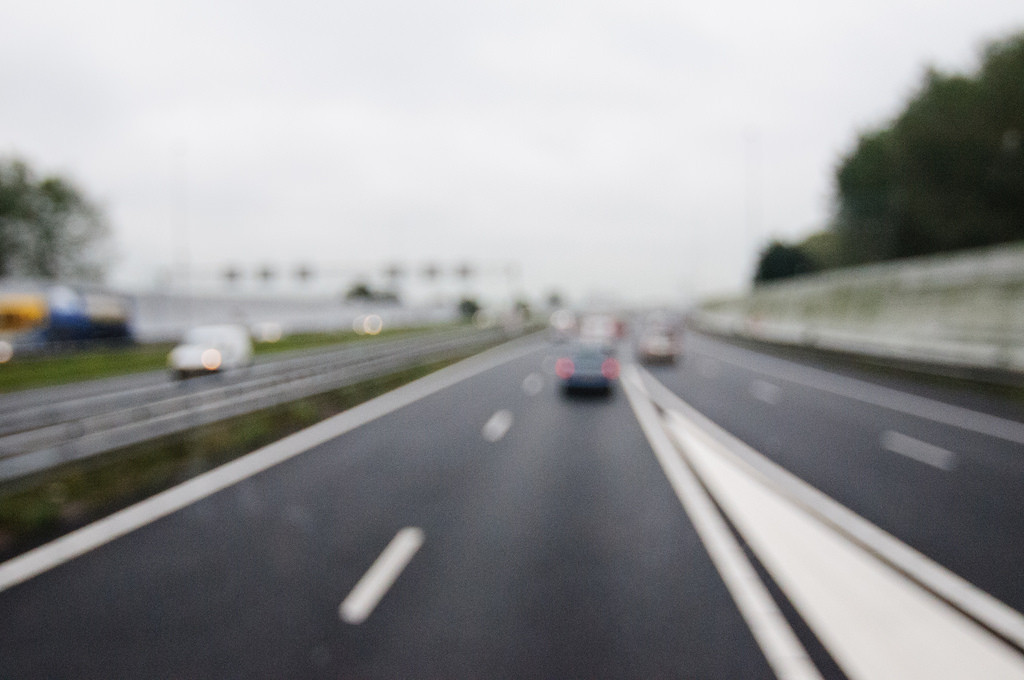 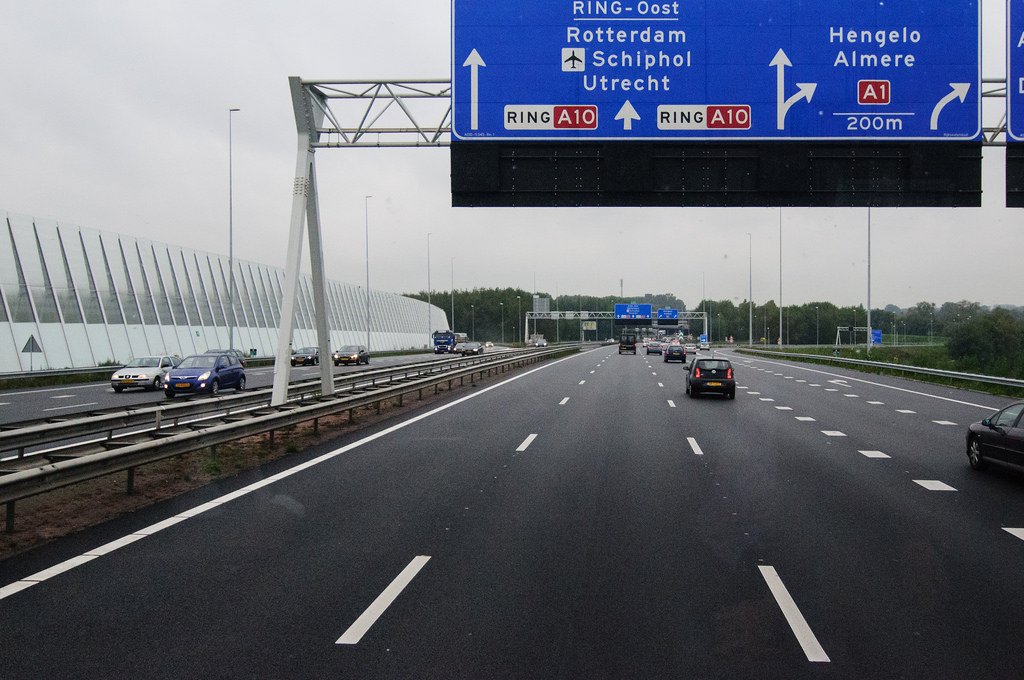 As it stands, ‘A10’ and ‘ring road’ are still synonymous terms in Amsterdam: the vast majority of places of importance in Amsterdam are located within the road, as the city continues to fill in the blank spots of the ring’s canvas in the north. While early iterations of a new ring road are sprouting in the city’s southeast, the A10 remains a site of diametric oppositions: intensely used yet desolate in its surroundings; a site of constant innovation except at street level; and a piece of infrastructure that cannot be seen as architecture.

Having lived in St. Louis, Milwaukee, and Chicago, all mature cities that were devastated when interstate highways were jammed through existing communities, I think the A10 was constructed in a far more thoughtful manner. That said, freeways and cities will always be in conflict. Cities slow things down, force people to look inward and around themselves, freeways serve to whisk people from one reality to another. While cities need freeways more than vice versa (unless A. Heijn can restock with boats and drones) they are simply different realities.

Btw, how was it you drove the entire Ring mostly following the same car?

I agree that the A10 is built much more respectfully in terms of the surrounding built environment than most American or Canadian counterparts. I just can’t get over the paradox that exists within it: most locals would never consider living outside of its boundary, and yet it is a major component of the highway network (alongside the train network) that lets tens of thousands commute in to the city during working hours.

Also, no clue and good eye 🙂 Apparently we weren’t the only one taking a circular tour of Amsterdam!

the city persists with minimum car parking requirements for new housing developments within the ring road and, amazingly, permits redevelopment projects with garaging, within the canal district. It’s as though they’re trying to catch up to Houston. 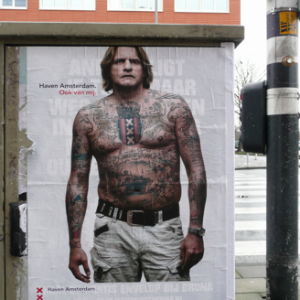 In the last moments of t-shirt weather, get outside and do a little people watching. Pay particular attention to bare skin:...
© 2012 - 2019 The Protocity.com. All rights reserved.
Back to top