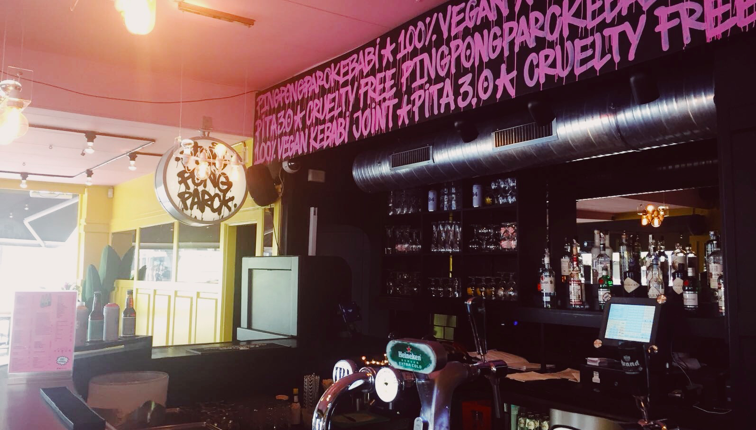 We were ravenous after biking in the hot sun, over 14 kilometers (which let me tell you, is a lot for 3 foreigners), to Amstel Park and back from Pure Markt. Trying to assimilate into our new home for a month, we quickly learned a traditional Dutch diet consists of a hearty amount of bread and cheese. As Jacob, Lauren and I were trying to ‘go vegan’ for a day, we skipped the traditional cheese to try a rather new, cashew cheese. The texture almost mimicked the real thing—maybe an overcooked mozzarella ball, but the taste is something that I have never experienced. It’s savory and salty, with umami and earthy notes, almost fermented grain-like taste—not quite cheese…but definitely not bad. 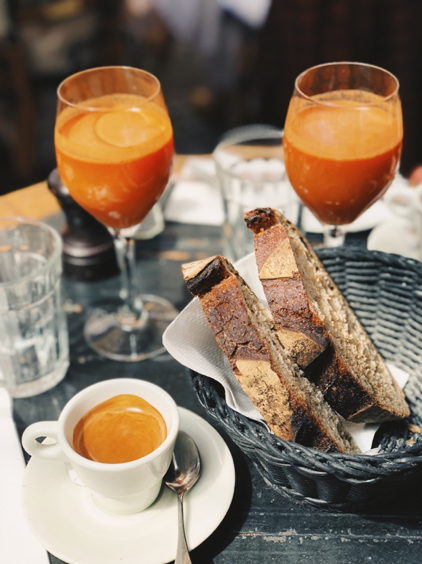 Unfortunately, 25 years ago this would have been unheard of to the native Dutch. In 1994, the state of veganism in Amsterdam was almost non-existent. (Jong et Del Gunter, A guide to Veganism) In fact, you would actually be considered nutty (see what we did there) if you were vegan (see: squatters/hippies) as ‘vega’ or vegetarianism was still becoming a trend. Over time, Dutch agriculture started to flourish with the Netherlands being one of the largest producers and exporters of avocados (and strangely, 2nd in all agricultural exports in the world!) and started to fill their farmer’s markets/grocery stores with a more diverse supply of produce.

In the last 5 years, Veganism in Amsterdam has been rapidly growing—today Amsterdam sits 7th for top European cities to go vegan, with 26 vegan specific restaurants across the city (Alternative Travels, Sam And Veren, April 2018). Furthermore, we noticed that most vegans in Amsterdam are fairly new, with more than 80% interviewed (n= 23) saying they have been vegan for fewer than 3 years, and motivations being a tie between environmental and animal welfare. As for the perception of the city itself, participants mostly agree (78%) that it is conducive to a vegan environment although, there could be more healthy vegan late-night options.

“Wait, so vegans can’t eat cheese? What if it’s from their own cows/sheep they raise themselves?”

As Jacob, Lauren and I sat in the grass and enjoyed our bread and cashew cheese, we couldn’t help but wonder what constitutes such a desire to partake in a lifestyle deprived of Dutch tradition. We met up with Chef Thor of Mediamatic, age 72, for a deeper understanding of where this shift in culture started.

“I’ve been vegetarian since 1995, and been a (naughty) vegan since 2014,” says Chef Thor. “When I say naughty, I mean, I’m a chef, I need to taste recipes with all types of ingredients but I mostly cook and consume vegan (over 70% of the time), with 25% of the time vegetarian due to cheese consumption, and only 5% of the time-consuming meat (oysters, raised hydroponically by him).” Chef Thor owned and operated a restaurant from 1990-1999 called “Supper Club” where he transformed the menu of meat options to all vegetarian choices without having an impact on his clientele. It was in 2014 when Thor decided that meat was making him lethargic and his overall view of consuming animals shifted to the idea that humans were not designed to eat meat. This, coupled with the rise of animal cruelty and environmental concerns, lead to a switch from vegetarian to vegan. He believes his body feels much cleaner & healthier without the consumption of meat. “Amsterdam’s vegan community is growing fast! I’ve been selling [vegan] bitterballen for 10 years and the last few years sales are especially high. I hope it continues to grow as more people catch on.”

It was made very clear that there was a distinction between going “plant-based” and going vegan in Amsterdam.  Vegan was an active lifestyle change—one which was cruelty-free and causes the least harm to animals, people, and the environment. When asked what constitutes being a vegan, the individuals we interviewed from Amsterdam all mentioned the same:  veganism is a lifestyle of caring, compassion, and open-mindedness. Which explains why so many vegans like Thor were naughty vegans at first as it was not out of the ordinary for the vegans of Amsterdam to be less strict in their lifestyle. Most vegans said they would consume milk, eggs, and seafood [no white meat/red meat products] if they raised it themselves, leaning towards a more pescatarian than a vegan diet which would foster environments with less harm than the big industries.

As Jacob, Lauren and I continued on our day, we decided to take a closer look at how vegan-friendly Amsterdam really was…

With a plethora of devoted restaurants to the vegan lifestyle (Vegan Junk Food Bar, Las Vegan, Loving Hut, Meatless District, MKZ, Vegabond, Moonshka, Zest for Life, and Mediamatic, to name a few), we thought we would have no problem finding food options. Although a juicy vegan burger with a side of hot, salty, fries is one of our favorite food, we found that most of these places did not have a variety of ‘healthy’ food options. Mostly, these vegan businesses take on fast food—burgers, fries, ice cream, desserts—which of course is wonderful for a quick bite but not for a full meal. When dining at non-vegan specific restaurants, we found most restaurants, such as Vlamings, Restaurant Max, and De Plantage always have a vegetarian option (or more) but not as many vegan options. The Pantry, traditional Dutch Cuisine, had no vegan options. When they are available, they are most are in the form of starters or ‘small bites’ with plates of lentils (below), grilled or fried veggies, salads, or grains. At Vlamings (below), only one main course is vegetarian and no mains are vegan (only side dishes are) but it is interesting to see the description of the meals. EG: “Ecological Hereford beef” and “Seared sustainable tuna”. This is appealing to people who are moving towards veganism while they are still conscious of the moral/environmental impacts of their food and want to lessen these impacts without fully converting to veganism. Restaurant Max was one of the few restaurants to have not one, but two vegan dessert options considering most restaurants are very limited as desserts are usually dairy heavy. When discussing this with a few of these restaurants, they informed us that they are happy to accommodate accordingly, but it’s imperative to call ahead or let your server know. Overall, when we asked vegans in Amsterdam if they believe there is an abundance of vegan restaurants around 80% of people said the options were plentiful (with a little research of course). With that being said, due to the lack of clear choices available on the menu (i.e. if you ask they accommodate but it is not visibly displayed), it’s no wonder that there has been a rise for vegan-specific restaurants to compensate. 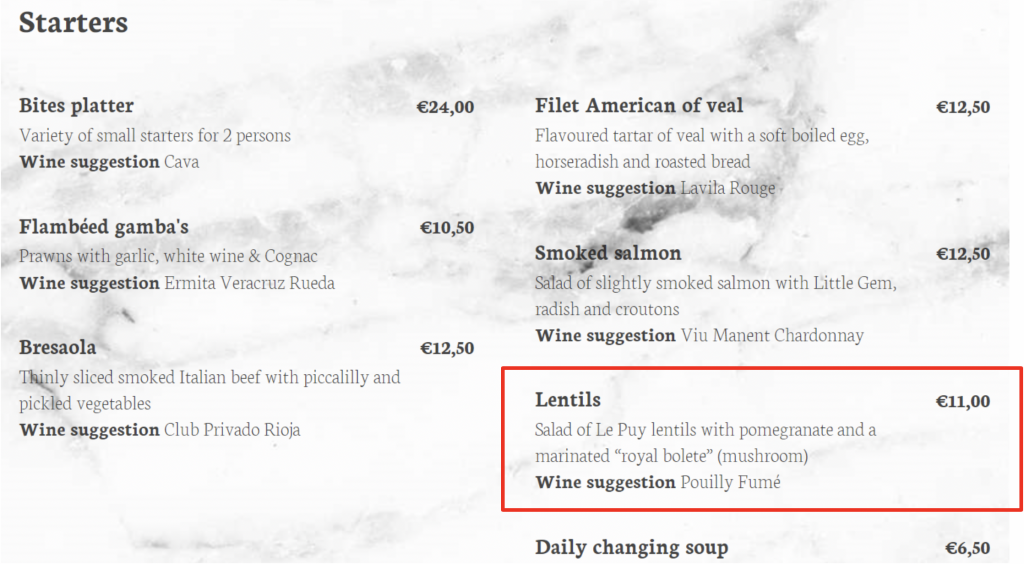 Ever-progressive and liberal Amsterdam is slowly becoming a bastion of veganism through its dedicated farmer’s markets, supermarkets, clothing shops, and even vegan restaurants and festivals. The fact that the Green Party won the recent municipal elections furthers this notion. There are even multiple Facebook groups that are specific to the vegan community in Amsterdam. Currently, young professionals (ages 18-30) are taking over the [recently new] sector with an increase in awareness of health, environment, and animal welfare—although there are individuals who have been following the lifestyle for a long time. Often, these individuals became vegan due to a specific life realization through education from documentaries, real-life experiences at industrial plants, health-conscious mindsets, and animal friends.

Veganism is growing in the slightly smaller cities as well such as Eindhoven, Groningen, and Nijmegen, where there is a large, young, and open-minded student population. Last year in Utrecht the Animal Party submitted a motion to the city council in which they asked for half the snacks served at council drinks to be vegetarian and/or vegan. To the conservative party’s dismay, the motion passed.

Major supermarkets, such as Albert Heijn, Jumbo, Aldi, and Lidl have also followed the rising trend. As a marketing and advertising capital, it’s in their best interests to keep up the supply. They now provide a whole assortment of vegan products, even entire aisles, from fake meats and cheeses to ice-cream and prepackaged vegan meals. More restaurants and cafes are introducing and advertising vegan options on their menus as the market is changing, and the only logical thing for any successful business to do is to adapt or lose customers.

Furthermore, the Dutch independent advisory board Council for the Environment and Infrastructure (Rli) expressed the need to change the country’s food policy in order to counteract climate change and increased industrialization. Dutch citizens are now being advised to follow a 60% plant-based diet as the government plans to become a world leader in sustainability by 2030. “A sustainable and healthy diet means that more vegetable and fewer animal proteins are eaten,” the advisory report stated.

Gabrielle Lenart is an NYU student in the Food Studies master's program. On the side, she is the social media marketing intern for Vegan.Brooklyn.Foodie. and works at a local bake shop. Jacob Elias is student at the University of Washington studying Interaction Design. In his free time, he enjoys camping, staying active, and cooking. Lauren Frawley studies marketing at the The University of Queensland. She loves dancing and studying other cultures.
http://foodcity123456 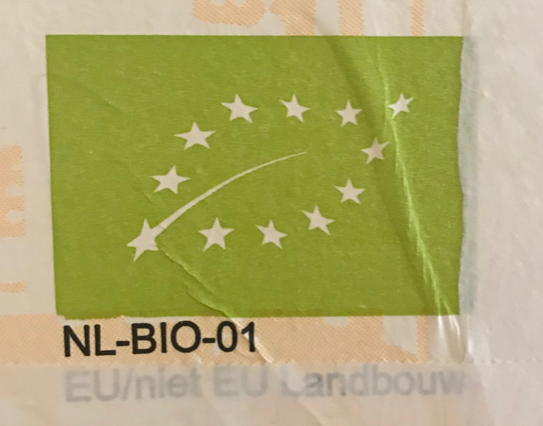 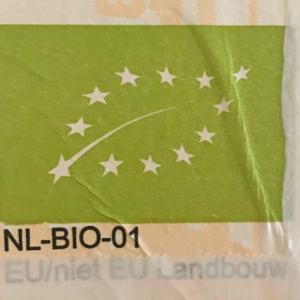 Authored by Connor White and Catherine Maher   Introduction to Food Certifications in the Netherlands Food policy...
© 2012 - 2019 The Protocity.com. All rights reserved.
Back to top