Not long ago, bright blue posters with cute little bees drawn on them decorated the streets of Amsterdam. They caught my eye, partly because of the funny title that was written on them: I Love BEEing. Who now loves bees? I have to admit, the stinging creatures are not my best friends over the summer season. The fact that they are useful and produce sweet honey makes up for a lot of things, but does it not make more sense to keep them somewhere on the countryside instead of on the cities’ rooftops? 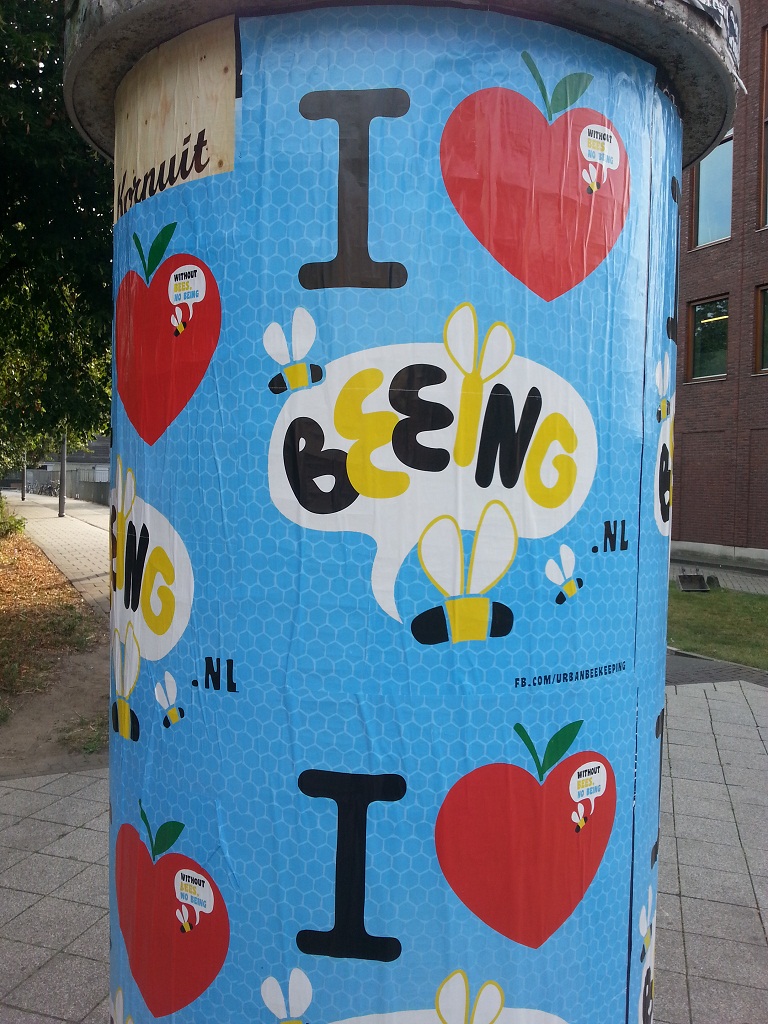 Posters from the Urban Beekeepers in Amsterdam (Picture by Jolien Groot)

Time to find out why bees are being kept in urban environments, because the popularity of small-scale beekeeping has been growing in many cities around the world. ‘Urban beekeeping,’ as it is called, is practiced in global cities such as London, Paris, San Francisco, Washington, New York City, Toronto, Tokyo, and even in Mumbai. Many cities in the United States lifted beekeeping bans to give beekeeping hobbyist the opportunity to install their own beehives on rooftops, balconies and gardens. Even the White House has installed a bee hive in the back yard.

Why all of the sudden attention for small-scale urban beekeeping? Beekeepers and researchers have urged that people should become more concerned with the well-being of bees and to help counter a syndrome called Colony Collapse Disorder (CCD); a phenomenon in which bee colonies suddenly disappear. The number of CCD-cases rose drastically around 2006/2007. CCD has serious implications for our food production.

Besides making honey, honeybees pollinate crops. About one-third of the human diet comes from insect-pollinated plants, and the honeybee is responsible for 80 percent of that pollination. Fruits and vegetables such as apples, nuts, avocados, soybeans, asparagus, broccoli, citrus fruits, and cranberries are pollinated by bees. Albert Einstein predicted quite an apocalyptic scenario in case bees would become extinct: “If the bee disappeared off the surface of the globe then man would only have four years of life left. No more bees, no more pollination, no more plants, no more animals, no more man.”

The mysterious disappearances of bee colonies have occupied the minds of researchers for quite some time now. Theories involving mites, pesticides, global warming, the disappearance of varied forage, genetically manipulated crops, and even radiation from power lines and mobile phones have been proposed. More recent research suggests that a combination of some of these factors are to blame for CCD and this makes it a problem that is not easily solved by just focusing on one of these causes.

The lack of a unilateral solution is however no excuse to give up on the bees. Urban beekeeping is a way of dealing with at least one of the possible problems: the absence of varied foliage in agricultural areas. Nowadays, there are no blooming trees and plants among the crops on the fields. Luckily, the foliage in cities’ parks and vacant lots is very diverse and thus nutritious for bees. Unfortunately, it is not easy for bees to create their own safe haven in modern cities. Bee swarms are removed because they are a nuisance to people and the use of glass and concrete in modern(ist) architecture decreased the amount of nooks and crannies in which bees can hide, rest and nest. This is why city bees could use a little help.

In some cities, beekeeping has become fashionable, sometimes stimulated by the support of companies, government authorities, or celebrities installing bee hives on their properties. Keeping bees fits to the local-oriented and organic food trend that has been going on in many cities for a while. Eating locally grown food is perceived as safer and healthier, reduces your ecological footprint and decreases waste from packaging. 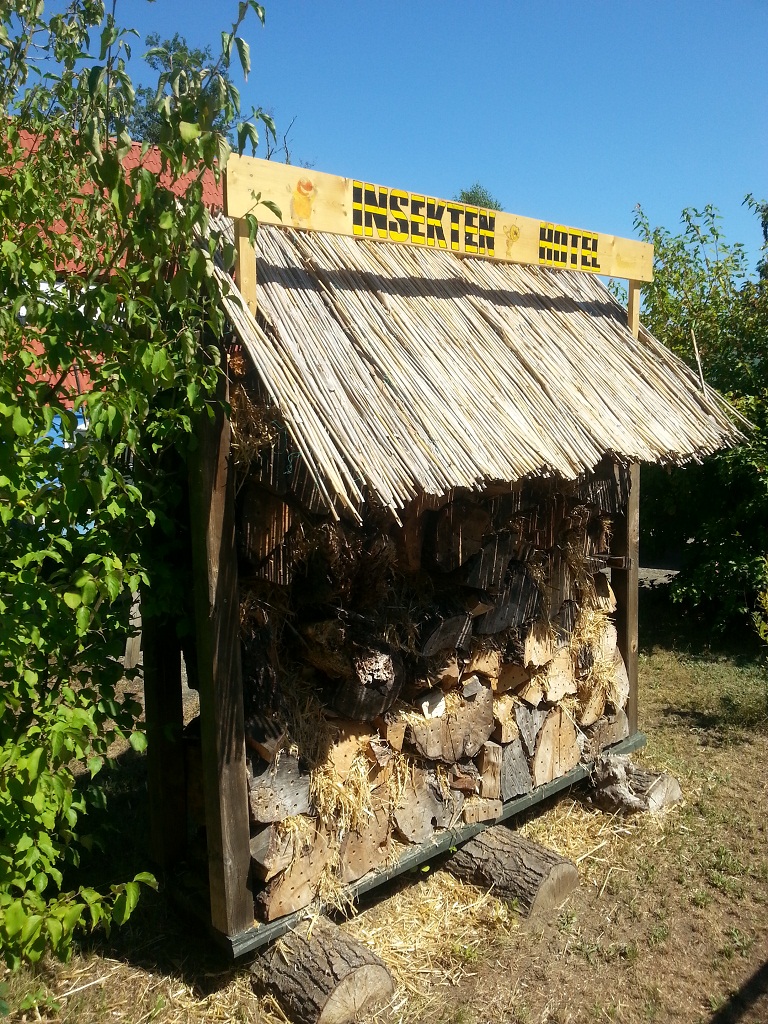 However, apiaries are not always welcomed by dwellers. Bees are a potential nuisance and some sorts can be harmful, especially when you are allergic. More and more municipalities face the question how to deal with the interests of dwellers and beekeepers. Designing effective beekeeping ordinances thus requires local governments to create a proper balance between these interests, to maximize the benefits and minimizing the potential harm of urban beekeeping. Permits, registration requirements, identification signs, and regulation of colony density are examples of such regulations. Aspiring beekeepers are advised to look into their municipality’s ordinances before buying a package of bees.

People who want to support the urban bees but who do not want too much hassle: an insect hotel also helps bees. It creates a place for solitary bees to hide. You can probably buy one in a garden centre or DIY-shop in your city or simply create one yourself by drilling a few holes in a log. And most solitary bees do not sting, so that might take some of your doubts away! 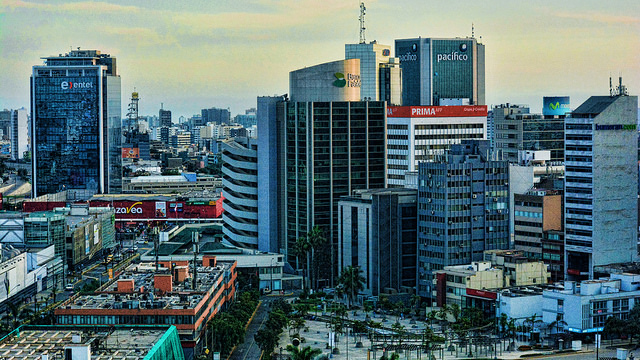 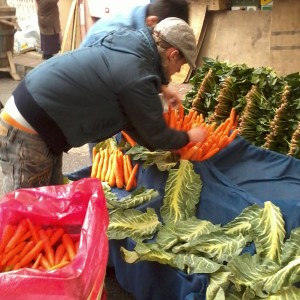 Earlier this year, two members of The ProtoCity Editorial Board joined on a trip to Istanbul organised by the department...
© 2012 - 2019 The Protocity.com. All rights reserved.
Back to top