Earlier this year, two members of The ProtoCity Editorial Board joined on a trip to Istanbul organised by the department of Urban Sociology of the University of Amsterdam. During this trip, a variety of social, cultural, and economic developments of this intriguing city have been explored. This article, written by one of the trip organisers, Freek Janssens, is the kick-off of a number of articles that will be published about Istanbul within the upcoming weeks.

Vendors selling grilled mackerel on a sandwich from colourful pushcarts move along the Galata Bridge on the sounds of the prayers that are called for from the minarets of the mosques and the ring tones of the mobile phones of office people on their way to work. Meanwhile, hundreds of periodic markets in Istanbul – called ‘pazar,’ a word that refers both to ‘market’ as well as ‘Sunday’ – pop up in the city every week, each day in a different location and in a different shape. They offer everything from fresh food and clothes, to electronics and cosmetics. Their movements visualise the rhythm of the city – a city whose character is rapidly changing.

‘Modern Istanbul’ – under mayor and later prime minister Recep Tayyip Erdoğan once again the centre of the region – wants to shake off its embarrassing image of informal urbanity that has characterised it for a great deal of the past century. In that spirit, periodic markets are actively being closed down by the municipality in an effort to ‘clean up’ the city. In the eyes of city planners, the markets are but a reminiscent of the past that need to be ‘fixed’ (Harvey 2001; Aksoy 2009). The mayor of Kağıthane, a working-class neighbourhood adjacent to the upcoming business districts of Mecidiyeköy and Levent, proudly shows me a list of all the markets in the borough: ‘these six will be shut down this year, these other ten next year, and then, in a few years’ time, we will have gotten rid of all the markets.’ On the locations of periodic markets, high rise malls and other private real estate projects are being developed. 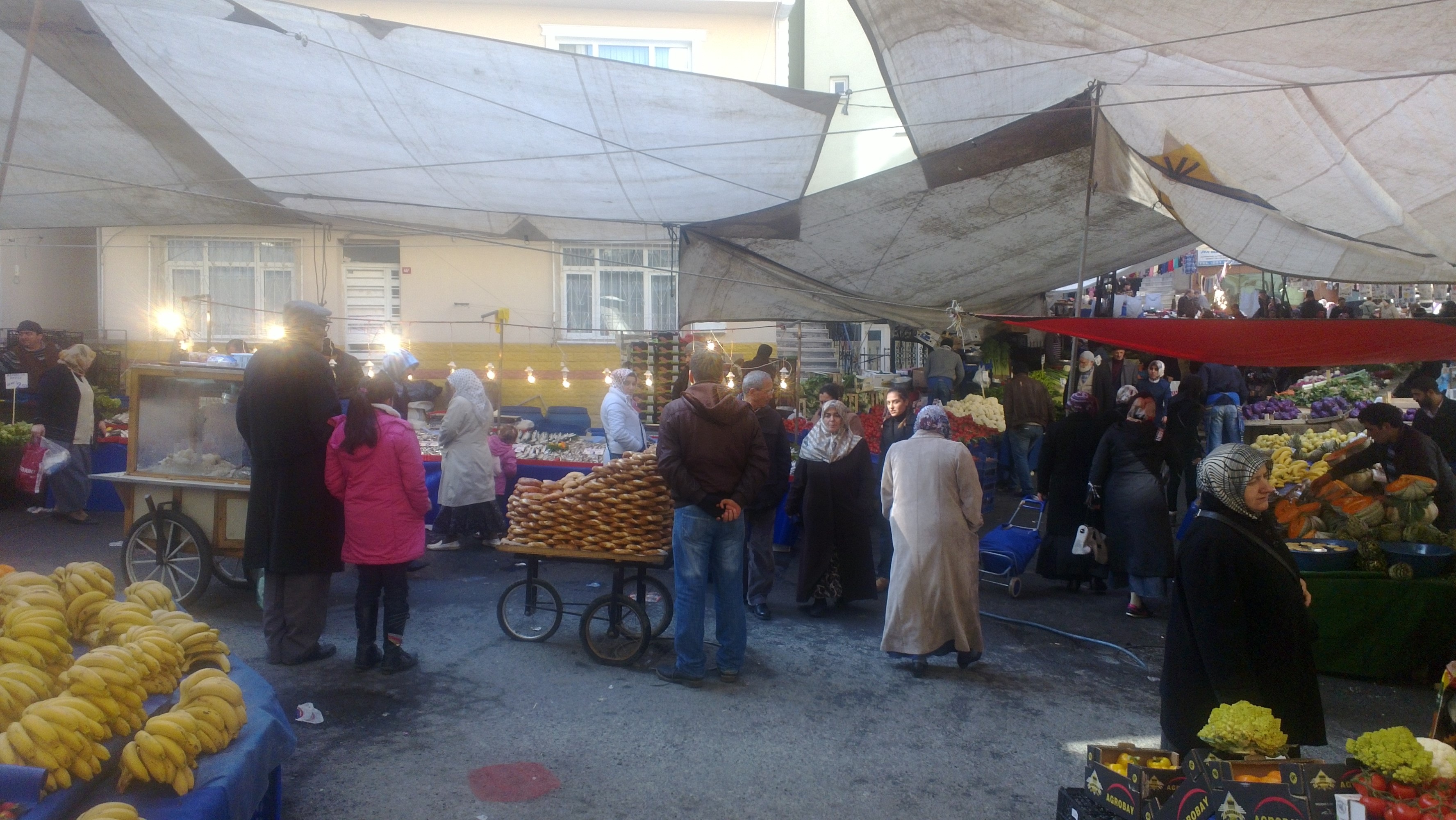 The shared canopy of the marketplace, Sanayi Mahellesi market. Picture taken by author

The demise of the periodic marketplace in Istanbul, however, is not innocent. Istanbul’s marketplaces offer much more than food and clothes to those who need it most: they are a kind of transformative public space that is increasingly under threat. With their tent-like structures, made up of metal poles, white tarps and endless metres of robes that are fixed to the built environment, marketplaces not only protect traders and shoppers from the elements, but they are also gateways of the city that open up neighbourhoods that are otherwise inaccessible. For many people, the run-down area of Tarlabaşı, close to the fancy Istiklal shopping street, is considered a no-go area, associated with violence and danger. Yet on market days, the shared canopies of the market temporarily bracket-off this perceived danger and provide a safe pathway into parts of town that would otherwise become even more isolated. Dressed in the white glare of the market, people from various neighbourhoods feel comfortable enough to encounter the unknown. Here, they rub shoulders with transvestites and African immigrants, while strolling the Sunday market in Tarlabaşı. As Şanal and Şanal (2013) put it:

“The importance of the pazar’s endurance as a common urban archetype in the fabric of Istanbul is in its intensification of existing open-space resources, its impromptu cooperative structures, and the rhythmic, yet ephemeral, animation of urban neighbourhood’s public space.” 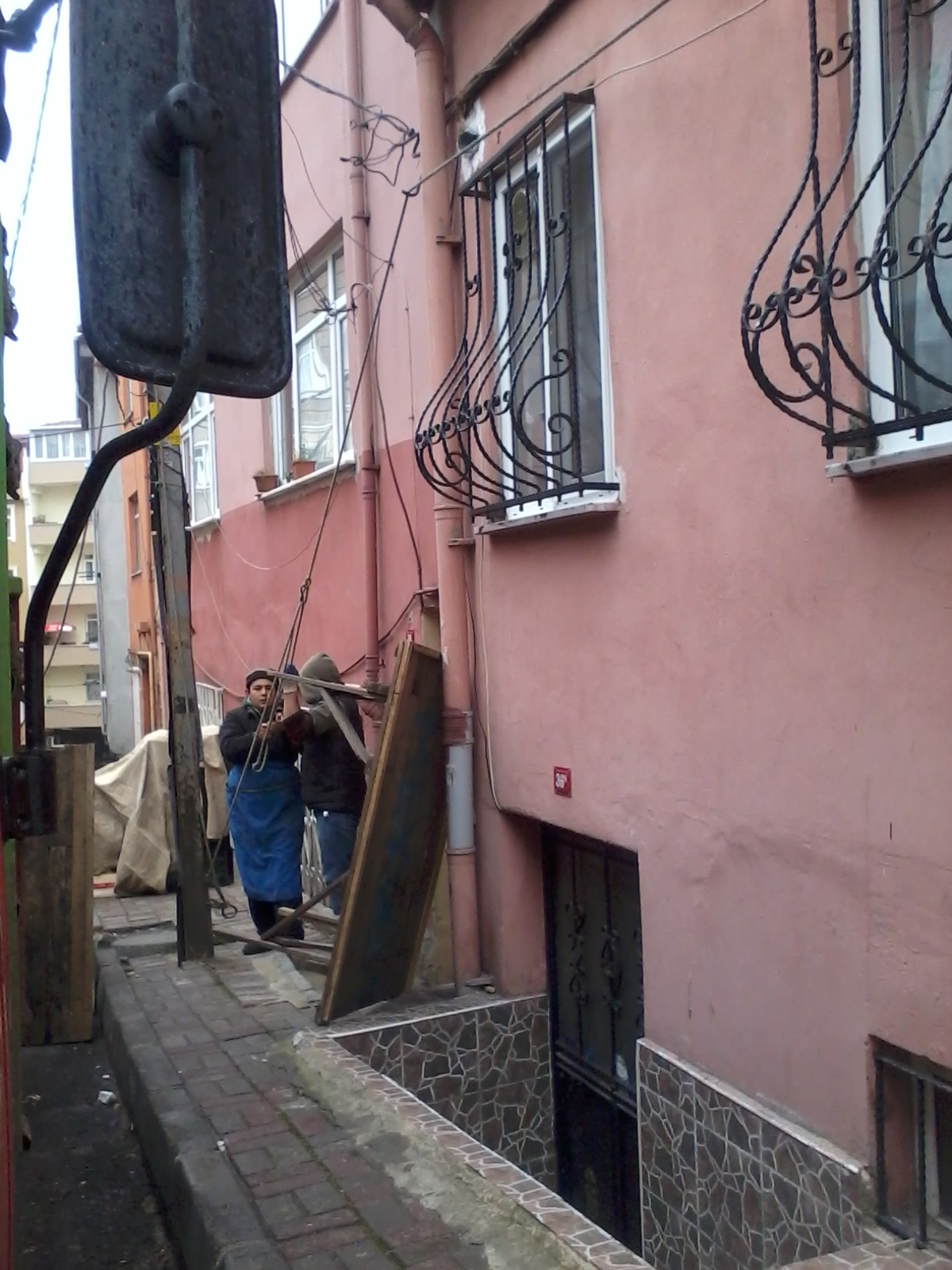 Learning how to be a market trader, Sanayi Mahellesi market. Picture taken by author

In order to set up these temporal shared canopies in different neighbourhoods on different days, their structure has to be very light, yet flexible enough to adapt to different settings and strong enough to stand in hard winds or rain. Setting them up is in fact quite difficult, and a skill that is generally passed over by one generation to the next. Indeed, Istanbul market traders do not consider themselves tomato trader or lemon trader in the first place, but market trader above all else. Being a market trader means that you know how to turn ropes, poles and tarps into a shared canopy. It entails that you can spot suitable places to connect your rope, that you know how to climb up onto buildings and trees and to make the correct knots that provide you with just the right friction, that you know how to estimate the strength of the winds that get under the tarps, and the locations of the poles within the streets.

Instanbul’s hunger for modernity and order that expresses itself currently in the closure of the periodic marketplaces, among other things, might very well also cut the life-line of many deprived neighbourhoods that are now only accessed by Istanbulites on designated market days. Getting rid of Istanbul’s public markets means the loss of these transformative public spaces. And once they are gone, they cannot easily be brought back, because the art of creating these shared canopies – the art of ‘being a market trader’ – will be gone with it.

Freek Janssens is a researcher at the Amsterdam Institute for Social Science Research (AISSR), University of Amsterdam. In 2013 he co-founded the ‘Urban Markets Platform’, a place for knowledge exchange and expertise on urban marketplaces. 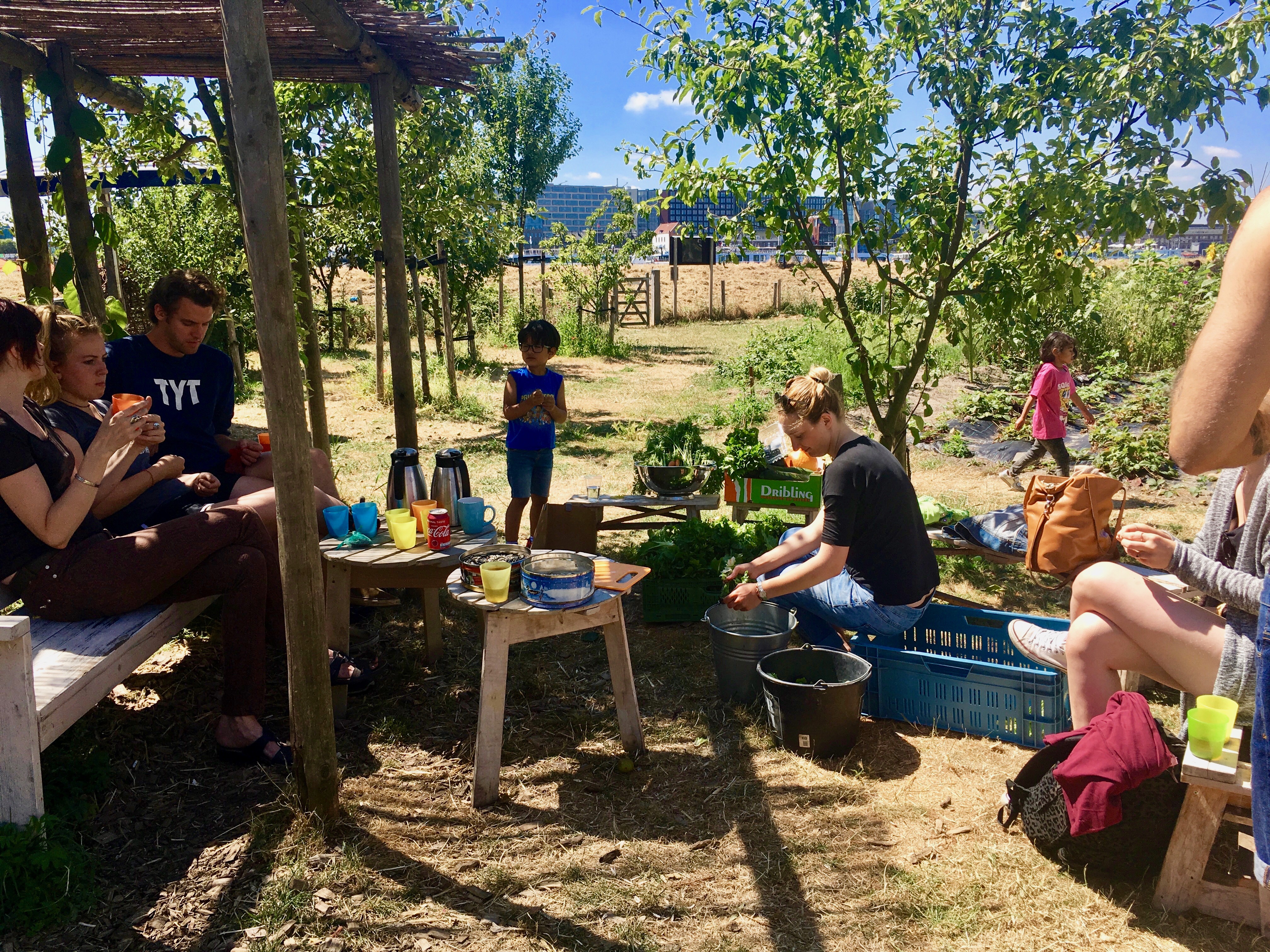 Probably my favourite element of these spaces are the temporary nature of the structures. While we were visiting Istanbul in March, one presenter brought up the concept of redundancy in the architecture, how everything reinforces the structure repeatedly. It’s an apt design strategy considering the collectivist nature of the spaces. Great read! 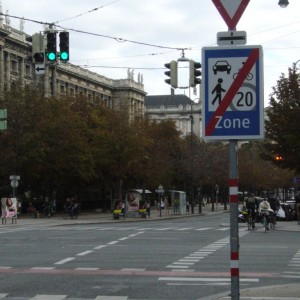 Experiences from the New Mariahilferstrasse Global movements and initiatives towards (more) equal and sustainable mobility...
© 2012 - 2019 The Protocity.com. All rights reserved.
Back to top