August 8. about 120 people enter the empty former office building of weekly newspaper Der Spiegel, dance to loud techno music and raise a banner on top of the building with the words: Hochtief lädt ein zur ‘Mietezahlen ist 90er’-Gala. On the way to render the motifs of the techno intervention visible, this article recalls the biography of the lot to highlight the symbolic capital it has for critical practices. We refer to political theorist Chantal Mouffe to set a framework for critical protest culture and put the techno intervention and others to test. 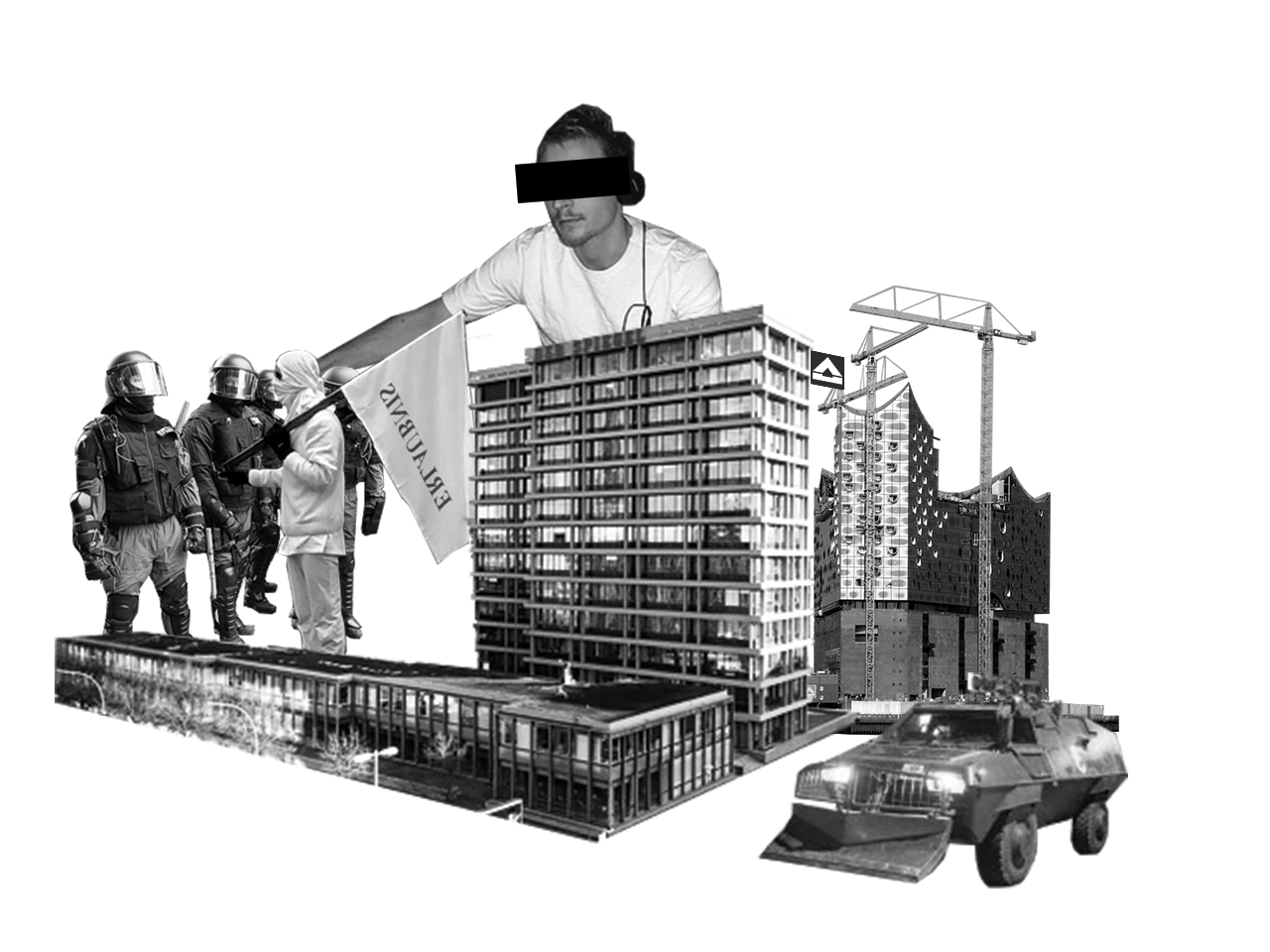 Biography of a lot

Operation Gomorrha was a campaign of air raids lasting from July 25. to August 3. 1945 and was followed by heavy fire storms that killed over 40.000 civilians and destroyed almost the entire inner city of Hamburg in 8 days and 7 nights. With the uprising of the German economy in the early 1950s urban planners and architects interpreted destruction as a virtue. They did not have to deal with hyper dense, pre-war often described as deleterious, dwellings, but had the economic means and the space to draw city outlines anew. Werner Hebebrand, building director of Hamburg from 1952-1968, realized the Ost-West-Straße as a street according to the ideas of the automotive city. Only, no one wanted to break ground there. For years the street was empty on its banks. The rise of insurance companies and the growing demand for administrative buildings rapidly changed this situation. Design plan D-82 did not see any new building activities on the area of the so called Dovenhof. The plan was updated in 1968 after the completion of a new office building developed by Vogel GmbH and built by architect Werner Kallmorgen.

Kallmorgen designed the office tower for weekly newspaper Der Spiegel, which had outgrown Hamburg´s press house. When Der Spiegel moved in in 1969, the paper and its editor in chief Rudolf Augstein were renown for their political journalism. The Spiegel affair in 1962 is one the most defining affairs of the power of the press in opposition to the government. After the October 10 article uncovered that Germany was “prepared for defense to only a limited extent” defense minister Franz-Joseph Strauß took Augstein and several other journalists into custody. The arrest caused uprights amongst students and members of the press. The magazine was charged for treason. Strauß, who acted “somewhat outside of legality” when he personally urged to arrest the journalists and lied about it in front of the government, lost his seat in the cabinet. Augstein earned the award Hero of World Press Freedom in 2000. In 2009 Der Spiegel left Ost-West-Straße for a new and bigger building in Europe´s largest urban development project HafenCity. Vogel Gmbh had already sold the building for 209 million Euro to the IVG real estate corporation in 2007. The municipality of Hamburg initiated a competition for the future use of the lot, but could not find any consensus with IVG and so the two were together looking for a new buyer. They started talks with HochTief, the corporation in charge of the realization of the Elbphilharmonie. September 2011, Der Spiegel finally left the building on Ost-West-Straße and after more than one year of negotiations HochTief was announced the new owner. The major amount of HochTief´s capital is on-hold with the building process of the Elbphilharmonie. Not much has been said or written about the Spiegel Insel in the last 8 months. 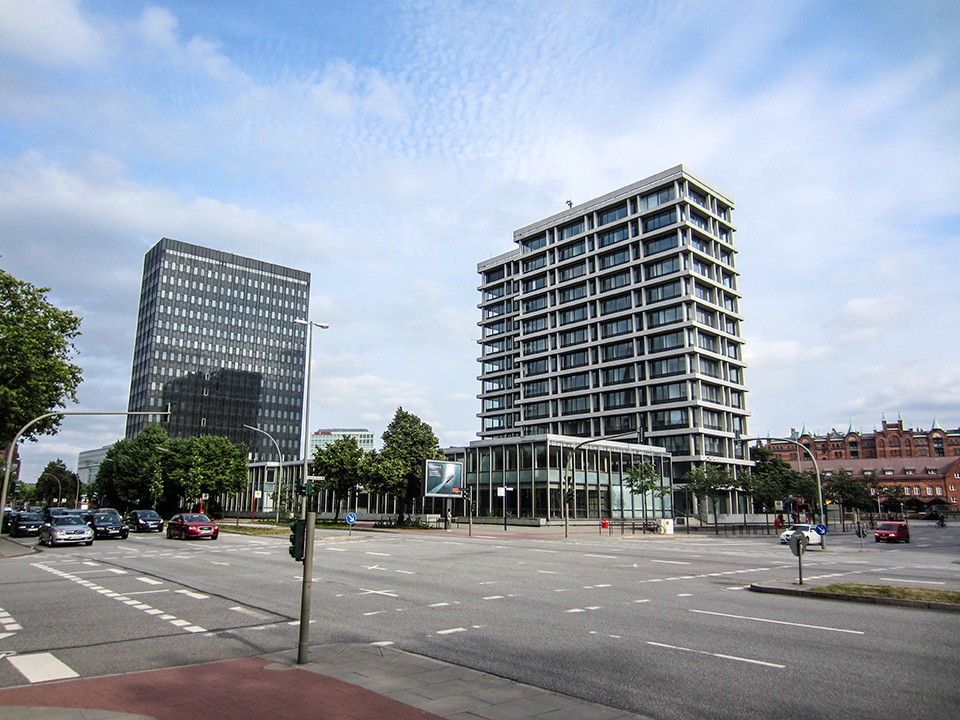 We analyze this protest culture practice according to a re-narration of performance from two student colleagues. The motif of the intervention was to raise awareness in order to spark a counter-public. The case of the Spiegel building was interpreted as a manifestation of recent real estate speculations that led to empty office spaces and a demand for more and different forms of housing in Hamburg. Once the police learned about the intervention they sent an unspecified number of police men, two water cannons and a police tank. Activists however had prepared an exit strategy. Marc Meyer, a lawyer most known for his work around the centre for counter-culture Rote Flora in St. Pauli, legally guided the intervention by setting up a fake permission that stated that the intervention was an event run by HochTief. The permission was used as a negotiation starter between the police and activists. They made a deal. Everybody would leave the building without doing any harm if the police would promise to not take any data of the activists, so that no lawsuits could be filed in the aftermaths of the intervention. The police spokesperson later said in a newspaper interview that this felt like the best thing to do in the situation.

The reason we reached back into the history of the site, the building and its use, is that this shows in highlights the production of space and the role of interventions: Whether it is a military intervention, an architect overruling his own master plan, the municipality that hides behind a neoliberal norm, an editor-in-chief that publishes top secret military data or a lawyer that sets up a fake official document as a tool for interaction… …at plenty of times we noticed an infringement of the law.

But what can urbanism learn from that? To make a first conclusion here we´d like to refer to Chantal Mouffe´s notion of the hegemonic nature of every form of decision making and the possible forms of interventions that challenge this hegemony in her so-called agonistic model of public space. We would like to say that urbanism has to differentiate between antagonistic forces, those who use interventions and decisions to be made in a way that prohibit the envisaging of the problems routed in the everyday in a political way, and agonistic forces, those who use interventions in a way that renders the current politics as hegemony visible. Further agonistic practices challenge actors in the production of space to leave their hideouts constructed around the neoliberal norm and enter the struggle inherent in the concept of the agonistic model of public space. According to the lecture Chantal Mouffe held at June 29 at Hamburger Kunstverein critical interventions aim at giving a voice to all those who are silenced within the framework of the existing hegemony.

Transgression should not be mistaken for radicality. Hamburg´s protest culture and in particular Marc Meyer and the people at Rote Flora seem to have understood this when they just recently decided to no longer host the Schanzenstraßenfest as it has become an arena for transgression only and can no longer contribute to the effort of fostering a counter-culture and offering an agonistic public space. A spiral of fear and violence police and activists created likewise culminated last year into participants of the fest setting a tree underneath the Rote Flora on fire and stabbing two activists trying to extinguish it. Meyer and others have often made clear that they do not want to stand aloof from transgression per se, but draw the line at physical harm—the concept of civil disobedience.

This knowledge to identify critical protest culture practices will guide us in our upcoming research were we will once again pick up the case of the Esso Häuser and other urban controversies in Hamburg. 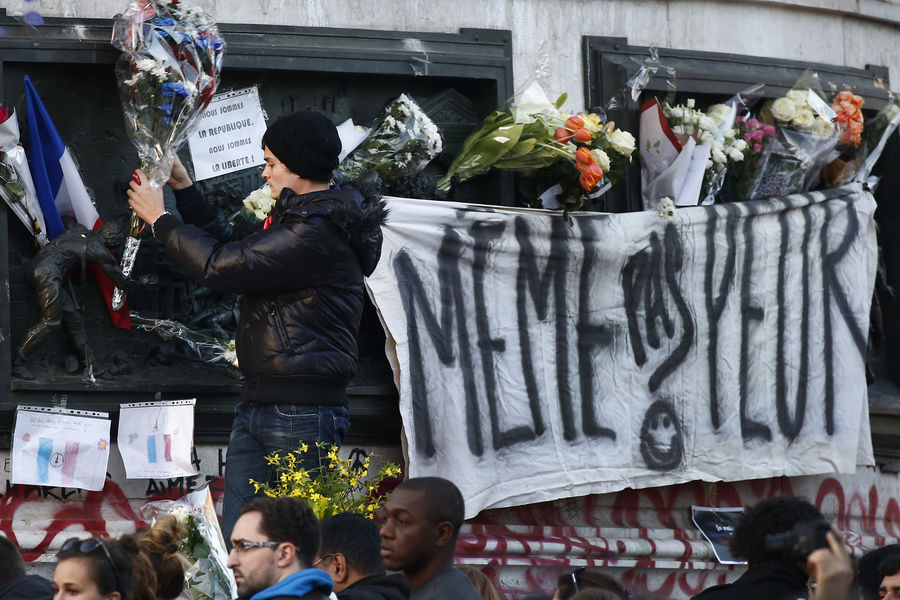 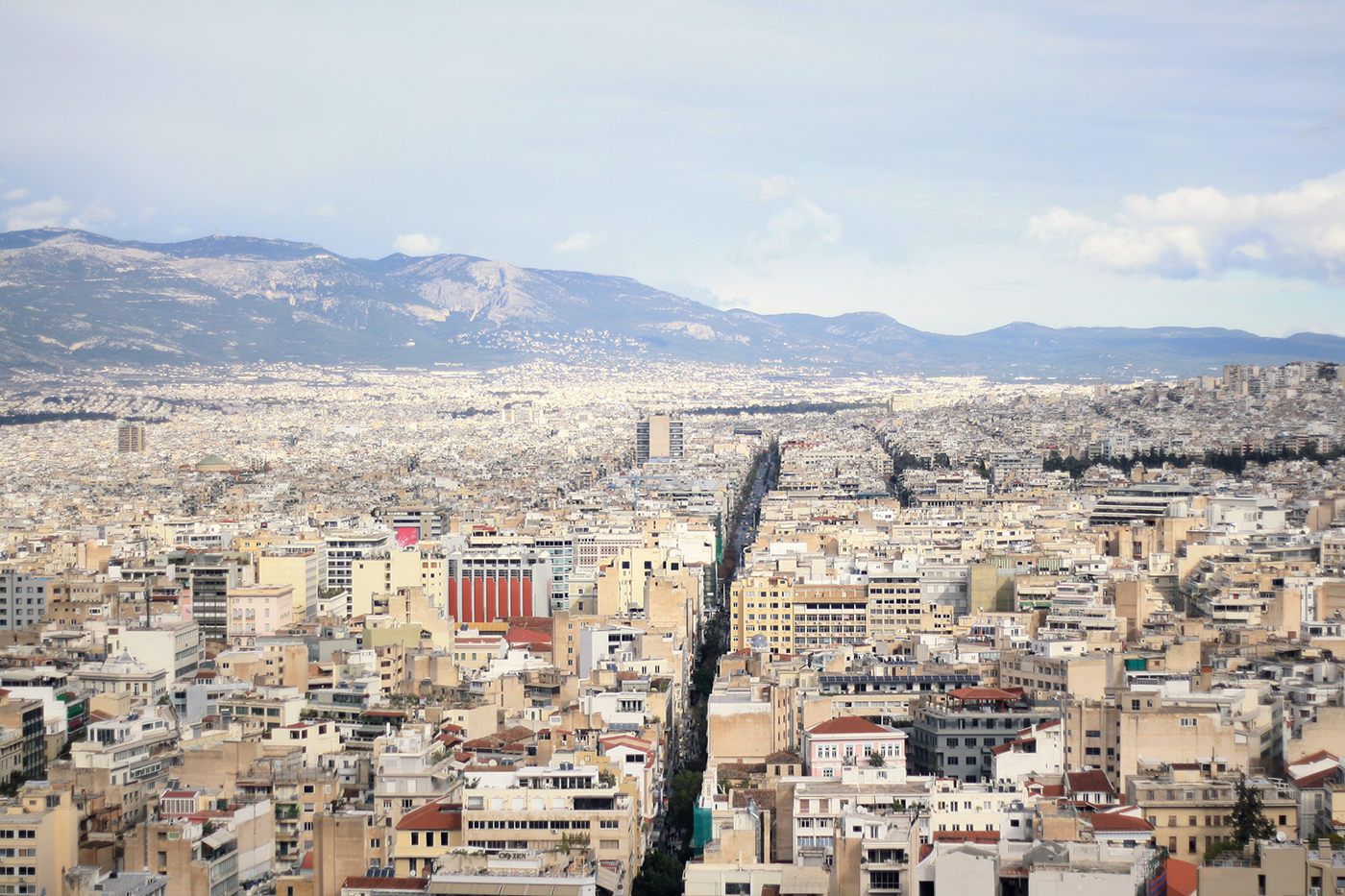 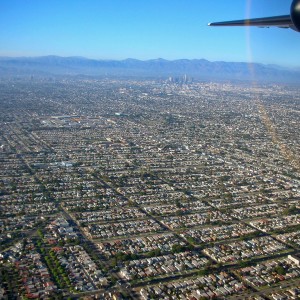 Today, we welcome guest author Marten Bolt, co-founder at Tikkieterug.eu with fellow students. He did his master thesis...
© 2012 - 2019 The Protocity.com. All rights reserved.
Back to top