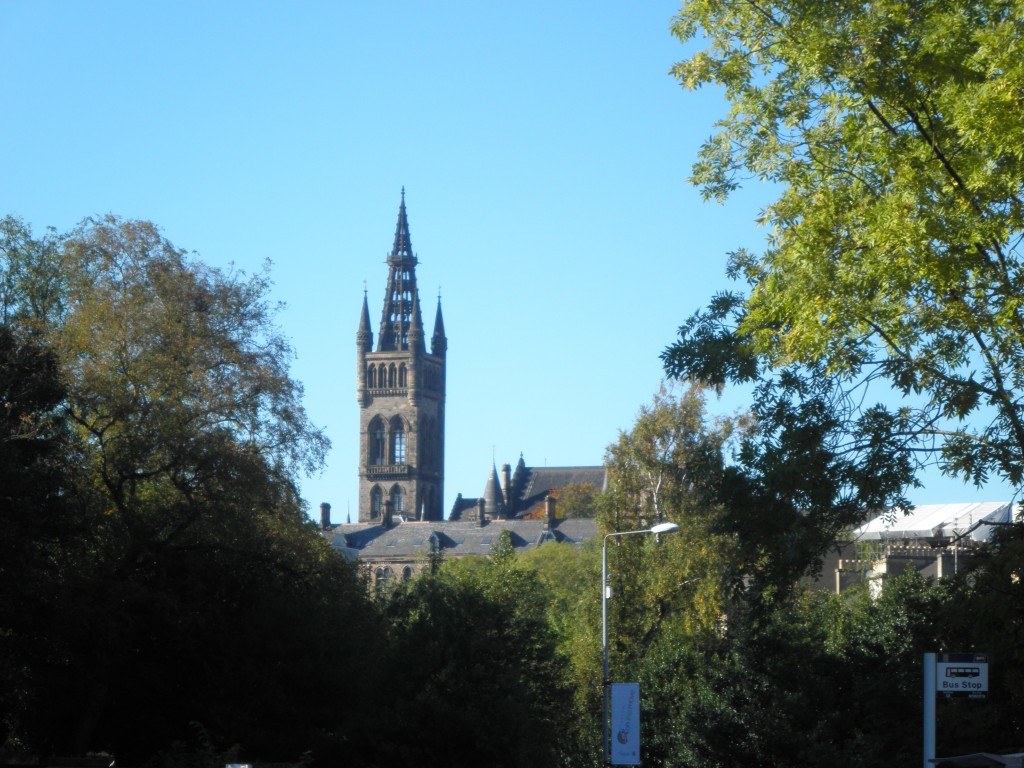 Segregation, spatial inequality, and social polarisation are not necessarily phenomena that are common in cities with an industrial past. It is often the case, however, that areas with high concentrations of former industrial working-class citizens struggle to adjust to the contemporary knowledge-intensive and service-based urban economies. While, in some cities segregation might not be always easy to discover for the average visitor, in Glasgow, the contradictions appear to be quite obvious.

Glasgow, the largest city of Scotland at 600,000, is historically working class with an evident industrial heritage, which attempts to improve its current reputation by investing in cultural events and modernizing its urban economy in order to increase its competitiveness. To some extent, it seems to succeed. The fact that the city attracts people nowadays is proven by the fact that Glasgow currently counts as the third-most attractive major British tourist destination and that the city is often being mentioned as the best shopping centre in Britain north of London. At first sight, visitors that particularly come to shop may get the impression that they ended up in quite a vibrant and thriving urban centre, despite the fact that some of the historical buildings could still use a revamp. In any case the tourists extend their movement towards the West End of Glasgow, this idea will be mainly confirmed. The West End is an area dominated by students, with many cosy pubs, hip coffee bars, and specialty boutique shops. Moreover, one will find a well-maintained park and Botanical Garden, while being surrounded by monumental Victorian sandstone buildings. Last, but not least, the characteristic historical buildings of the University of Glasgow and The Kelvingrove Art Gallery are an aesthetic feast for the eyes.

In case they choose to discover the other side of the city centre though, they will get a different idea of the city’s current well-being. Already during the industrial era, Glasgow has been quite segregated: where the West End counted as the bohemian and mainly affluent side of the city, the East End was the industrial and thus mainly working class area. Nowadays, instead of viewing paintings of Monet, Van Gogh, or Rembrandt, one can visit the People’s Palace here, which gives the visitor an overview of the social history and the living conditions of less-affluent citizens in East Glasgow.

One of the other primary attractions within this area is the renowned Barras Market. At this market, people of modest means with a penchant for a good bargain are buying everything you can imagine, ranging from old bikes to DVDs, from general clothing to forage caps, which could be useful for a variety of purposes. Located directly behind the Barras lies Calton, which is generally regarded as one of the most deprived and dangerous places in Glasgow. This is illustrated by the area’s extremely low life expectancy: in 2006, the life expectancy for males in Calton was only 53,9. This is lower than war-torn or undernourished states of the Middle East or Sub-Saharan Africa. Even more striking is that this number is also a lot lower than comparable deprived neighbourhoods in Manchester or Liverpool, as noted recently by The Economist. There are many possible explanations, although researchers apparently are still unable to agree on the primary reason that is able to explain this extreme number.

Beyond shockingly low life expectancy, Calton also has a reputation to be a dangerous place due to links to the infamous Calton Tongs gang. During the 1960s, the area was known as Tongland, and today the area’s new generation seems, according to some recent graffiti pieces in the neighbourhood, to try to continue, maintain, and even glorify this dubious identity. 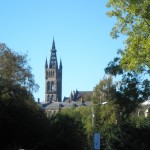 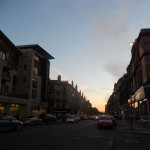 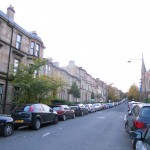 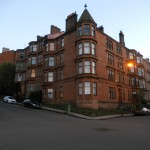 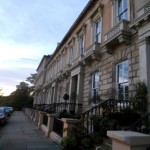 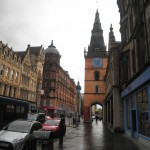 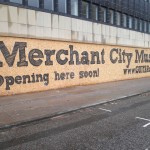 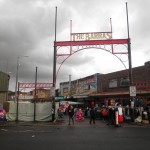 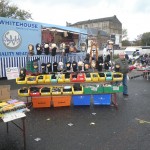 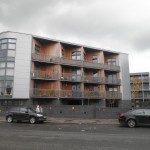 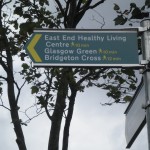 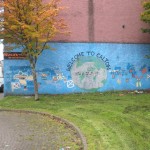 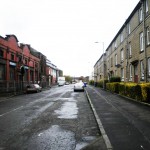 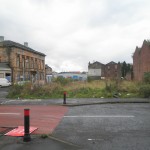 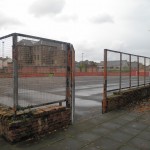 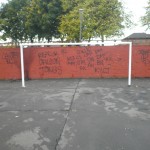 In sum, Glasgow’s West End clearly seems to maintain its attractiveness among the successful new urban generation that benefits from and enjoys the so-called current cultural-cognitive city. The question is whether Glasgow’s East End, in general, and the area of Calton in particular, will continue to be known as a place of concentration of the less well-off in the near and long-term future. One of the advantages of Calton is, at the very least, that its location could be regarded as being potentially quite attractive. Although clear patterns of gentrification are not yet very visible in Glasgow, the Merchant City, located at the eastern edge of the city centre, has recently become increasingly attractive by a young and affluent crowd. At the same time, the adjacent area, Dennistoun, located just north of Calton, slowly but surely tends to become more popular amongst middle and higher incomes.

Also within Calton itself, some things have changed during the last couple of years: welfare and advisory projects and other volunteer initiatives try to help those most vulnerable that are being hurt by persistent poverty, while urban renewal aims to improve the reputation of the area by trying to increase the social diversity of its citizens. Opinions are divided about the current state of the neighbourhood and whether or not it has really improved indeed. In 2014, the city of Glasgow is hosting the Commonwealth Games, which will be situated mainly in the city’s East End. Perhaps this event could contribute to a general improvement of the larger area’s reputation?  Anyway, it goes without doubt that, for urban scholars with an interest in topics as segregation, spatial inequality, social exclusion or concentrations of poverty, Glasgow is a very remarkable and interesting place to research!

All photographs by Jorn Koelemaij and Anouk Tersteeg.

A Bridge Too Far: Bridge to China Threatens the Future of Hong Kong

Might the (shockingly!) low life expectance rates mean that Calton is a food desert? Or are there other specific causal relations that you could tease out of this neighbourhood that result in such appalling numbers?

I’m not sure if you could regard Calton as a classic Food Desert, but there definitely is an oversupply of cheap, unhealthy snackpoints. There are also quite a lot of pubs in the area, but on the other hand, this is also the case in the affluent West End, so that is in my point of view not necessarily a problem.

As The Economist article also describes, there are a number of clear reasons behind the low life expectancy, though it is still hard to explain why the number in Calton is even that much lower compared to deprived areas in for instance Manchester of Liverpool. Perhaps a critical recalculation, added with some qualitative research might reveal some of the secrets of Calton.

To be honest, I think the area is likely to improve quite a bit in the future, though some more urban renewal is probably needed to achieve that (see pictures). The (New) Gorbals, located south of the river Clyde, could count as an example here since this area, also located on walking distance from the city centre, radically changed over the past 20 years or so (maybe not to everyone’s satisfaction but that’s a different discussion).

Indeed, that Calton is lower than similarly blighted neighbourhoods on the same island confusing, at the least. Here’s to hoping efforts to land major global events result in similar media attention to the problems that exist in the city, much in the same way that the Olympics brought attention to the problems of drug abuse, homelessness, poor mental health care, and prostitution in Vancouver’s Downtown Eastside (though, to be honest, I can’t say that the heightened media attention and awareness of such problems has resulted in substantial policy change..).

[…] My previous article already revealed some of the current problems that Glasgow’s East End is facing. The Games thus aim to regenerate this part of the city, not only by providing jobs, but also by making use of otherwise derelict land, by improving health, infrastructure, and transportation networks, and by building upon existing regeneration programmes, for instance regarding social inclusion. One of the things that are believed to remain a lasting positive legacy is the Athletes’ Village, which will be converted into a mixed-tenure residence with 1.100 private homes, 300 socially-rented homes, and a 120 bed-care home, which is expected to provide some positive area effects. […] 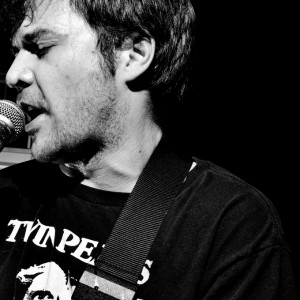 Artistic expression is one of the ways an artist can convey identification with a particular place. Canadian musicians,...
© 2012 - 2019 The Protocity.com. All rights reserved.
Back to top