The Safety Paradox of Cape Town

Cape Town is currently one of the most touristic destinations in the world. It has been ranked #3 in Lonely Planet’s ‘Cities to visit in 2014’. Besides the stunning beauty of the city however, the city deals with a serious issue. African cities are generally ranked very high on the global list of most dangerous cities and Cape Town unfortunately is no exception to this rule. This situation – an extremely touristic but quite ‘dangerous’ city – led to the subject of our research which we conducted during a field trip in January 2014: safety perceptions and safety strategies of locals and tourists in Cape Town. With a group of five, consisting of human geographers and urban planners, we worked together, wrote blogs for the University of Amsterdam and presented our results at the University of Cape Town in the end. 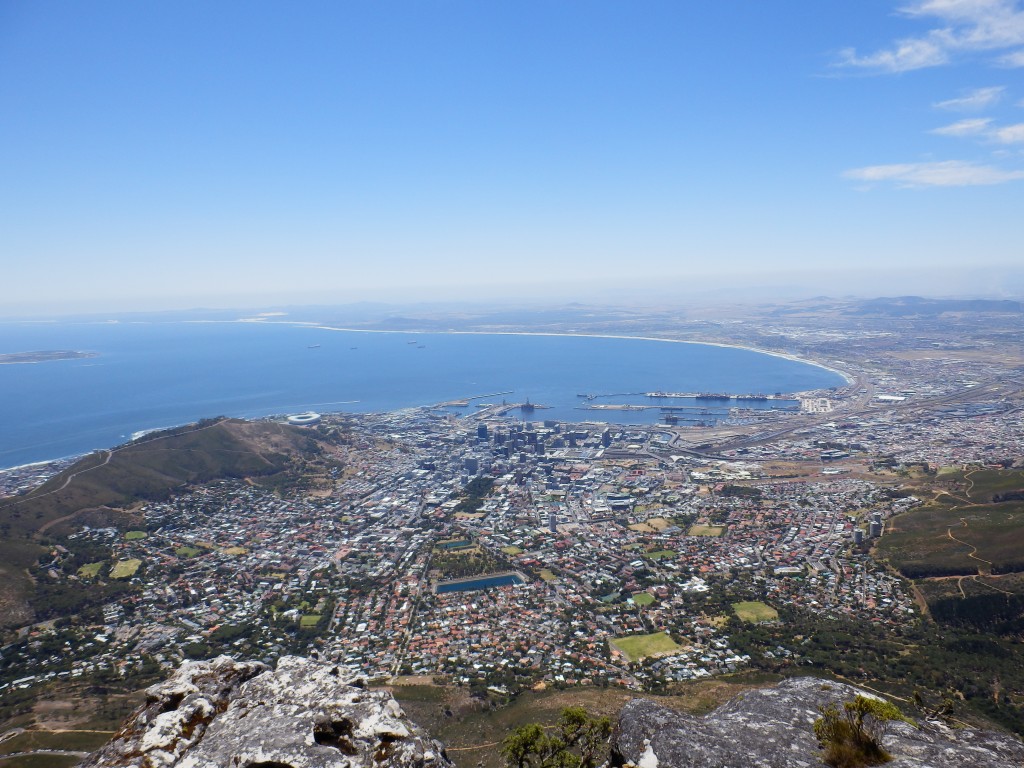 View on Cape Town’s City Bowl from the Table Mountain

During our research we interviewed 30 tourists from all over the world and 20 inhabitants of Cape Town’s city centre (referred to as ‘locals’) and analysed their stories. In order to get familiar with the contextual background, we held in-depth interviews with organisations involved in tourism safety and city planning, such as Responsible Tourism Cape Town. Their slogan is ‘’Join Cape Town’s journey to become a responsible destination’’. This is a cooperation of five organisations that made a formal commitment to one another in 2009, working on a way to responsible tourism. Every three months, they organize a forum in which the police, touristic organizations and the City Council exchange information about future policy strategies regarding tourism safety. We also interviewed an organisation that fully focuses on helping tourists that have been victimized. It is important to note that we did our research in Cape Town’s ‘City Bowl’, which is the centre of Cape Town. Crime rates are particularly high in townships, so the aforementioned ‘dangerous city’ image consists mainly due to these high rates that have a big impact on Cape Town’s crime rate as a whole. However, this does not mean that there is no criminality in the City Bowl at all.

First of all, tourists seem to be more negative about the safety in Cape Town prior to their arrival than afterwards. It often happens that relatives at home tell them South-African cities are unsafe and therefore warn them to be cautious. Also, the information tourists read on the internet and get from the media is sometimes repelling. Most of the tourists told us their viewpoint changed during their stay. Their safety perceptions were thus quite positive: it felt a lot safer than they had expected in advance. One of the tourists stated: ‘’It is just a matter of taking the right measures, being vigilant, and knowing where you can go, and when.’’ Tourists took many safety strategies, such as leaving valuables at the accommodation, preferring cabs over public transport and not leaving the ‘safe’, guarded parts of Cape Town. They used more strategies in the night time, such as not walking (alone). 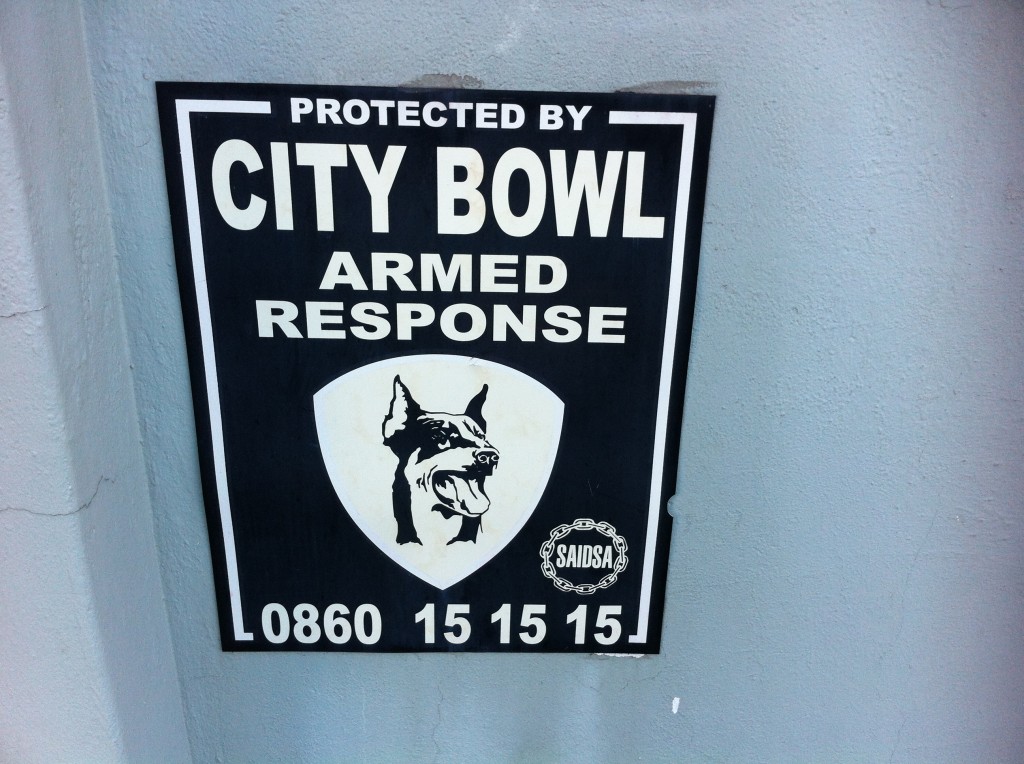 Locals, on the other hand, initially stated that they did not use any safety strategies. As the interview progressed, however, they actually seemed to use a lot of strategies without realizing. The reason that locals were not aware of the safety strategies they used is because they regard them as completely normal since they grew up with them. Many locals that we interviewed lived in fenced off houses in guarded neighbourhoods. Some affluent residents of the city even live in gated communities (in which the entire neighbourhood is fenced off). Almost all neighbourhoods have neighbourhood watches. These are privately hired guards that survey during day and night. One woman indicated that locals could use pretty severe strategies: ‘’When I drive in my lane at home with my car, I wait until the gate is closed with my gear in reverse before I open my garage. If someone slips in through the gate, I can run him over.’’ The perceptions of locals were quite mixed: they all had at least one story about either themselves or someone they know being victimized by criminality, but this did not mean they regarded Cape town as a particularly unsafe city.

So tourists use certain safety measures which they are very aware of, while locals seem to take many more strategies without necessarily being aware. A probable explanation is that tourists consume the city elsewise. This is known as the ‘tourist gaze’ : tourists are busier with gaining new experiences than with worrying about their own safety. (As defined by John Urry and Jonas Larsen in their most recent book ‘’The Tourist Gaze 3.0’’ in 2011.)

The most peculiar paradox is the one we experienced ourselves. We described it as ‘the safety paradox of Cape Town’. In our hostel, and all over Cape Town, there are a lot of warning signs reminding you to be vigilant and to use certain safety measures. They are meant to decrease your risk of victimization, though it are exactly these same signs which make you feel unsafe. Because, after all, it is rather logical to always be alert and cautious in (certain parts of) global cities. To us, Cape Town did not feel like an extremely unsafe place in comparison with other large cities. To us, these signs were a constant reminder of the apparent unsafety which we actually did not at all experience outside. 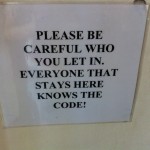 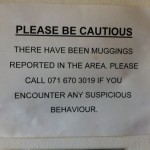 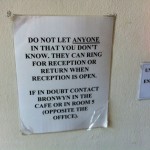 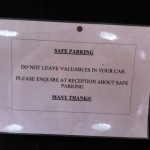 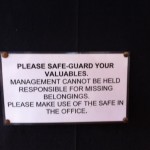 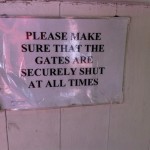 It seems Cape Town’s safety will improve in the future since safety recently has been recognized as a serious problem. It has become a more important policy issue in the local politics, especially since the preparation of the 2010 World Cup. Safety is no longer mostly a private responsibility, it has also become a public affair: the establishment of Responsible Tourism Cape Town and the tourist support organisation being good examples of recent developments. Therefore it is important to keep up these initiatives and to further improve their efficacy to make this extremely touristic city even more attractive.

After our research we could conclude that Cape Town is absolutely a well-deserved ‘city to visit’. Even though crime rates might suggest it is a dangerous city, our respondents told us it is actually not as bad as you might think. As long as you are aware of what you are doing, avoid certain areas and situations, you can create your own safety cocoon in which you can enjoy the absolute positive sides of this city.

If you ever get the chance to go to Cape Town, please do (and be safe)!

All pictures in this article were taken by the author

Ramon Holle is a bachelor's student in Human Geography and editor-in-chief of study association Sarphati's magazine ''Den Uytvreter''. In his free time he enjoys exploring the world and blogging about his new experiences.

ive visited Cape Town three times this year and i am going back in three weeks time, i had a few hairy moments and stayed away from bad areas and to be honest felt more threatened back in London, Cape Town is a wonderful city full of friendly people i t a must place to see 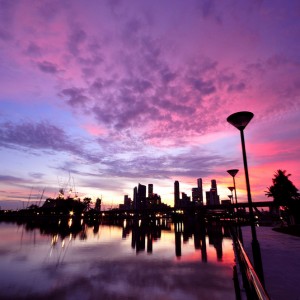 Singapore is an intriguing case to witness successful urbanization combined with rapid economic development: it is one of the most...
© 2012 - 2019 The Protocity.com. All rights reserved.
Back to top