The availability of locally produced craft beers next to the mainstream lagers in shops and bars nowadays seems to be self-evident. However, the opening up of the market for a variety of locally produced craft beers is a fairly new phenomenon in the Netherlands, where the beer market is dominated by eight large companies (i.e. Heineken as many of us probably know). Over the last few years a remarkable rise in the production and consumption of independent craft-made beers can nonetheless be witnessed. Dutch overall beer consumption is decreasing, but local brewed craft beer is getting more popular. According to the association of microbrewers the number of independent microbreweries has doubled over the last three years, from 104 listed independent microbreweries in 2011, to 220 in 2014. The production and consumption of craft-made beers is not a phenomenon that has only been taking place in the last few years.There is a long history and tradition of beer brewing in the Netherlands that can be traced back to before Roman times. However, during the twentieth century the beer market gradually became dominated by big firms. These large companies gained competitive advantages through up-scaling and mass-production, thereby outperforming the smaller breweries. Furthermore, the large companies set-up contracts with outlets assigned to the hospitality sector, which forbid these outlets to serve independent brands. Such strategies pushed small, local and independent breweries out of the market and they were taken over by the large companies, or forced to close. In a response to the development of mass-production and the decreasing availability of a variety of beers, a small group of anti-capitalists started to recreate the traditional Dutch beers in the 1980s. One forerunner of this movement is the IJ-brewery in Amsterdam which aimed at restoring the Dutch beer culture by producing a variety of beers inspired by traditional recipes. The consumption and production of craft-made beers remained however limited to small groups of people, who used craft beers as a form of resistance against the mass-producers and as a tool of self-expression and identity building reflecting political statements.

The recent growth of production and consumption of craft beers is most noticeable in Amsterdam and the northern part of the Dutch Randstad (KBC 2014). In this region the number of breweries is rising, and equally important the demand and interest for local beers is increasing. The spatial concentration of breweries and outlets of craft beers can be seen as a spin-off of the increasing popularity of local products. Producers and consumers are more and more aware of the origin of the items they produce and consume. The latter awareness is for example reflected by the increasing emergence of local-food markets in cities. It is the growing awareness about nutritional, environmental and sustainability issues together with the growing interest in cultural heritage that is leading to the increasing popularity of local craft-made products. Consuming local products can therefore also be seen as a tool of identity building and self-expression, as these products embody a sense of authenticity that allow consumers to distinguish themselves from the mainstream crowd and mass-produced products. This search for authenticity is copied in an urban lifestyle that caters to this craving for uniqueness. The shift towards the consumption of local quality goods is an indicator of socio-cultural status, reflecting a statement of taste, fashion and other qualification that identify a certain lifestyle that is predominantly related to a high-educated middle-class urban citizen. 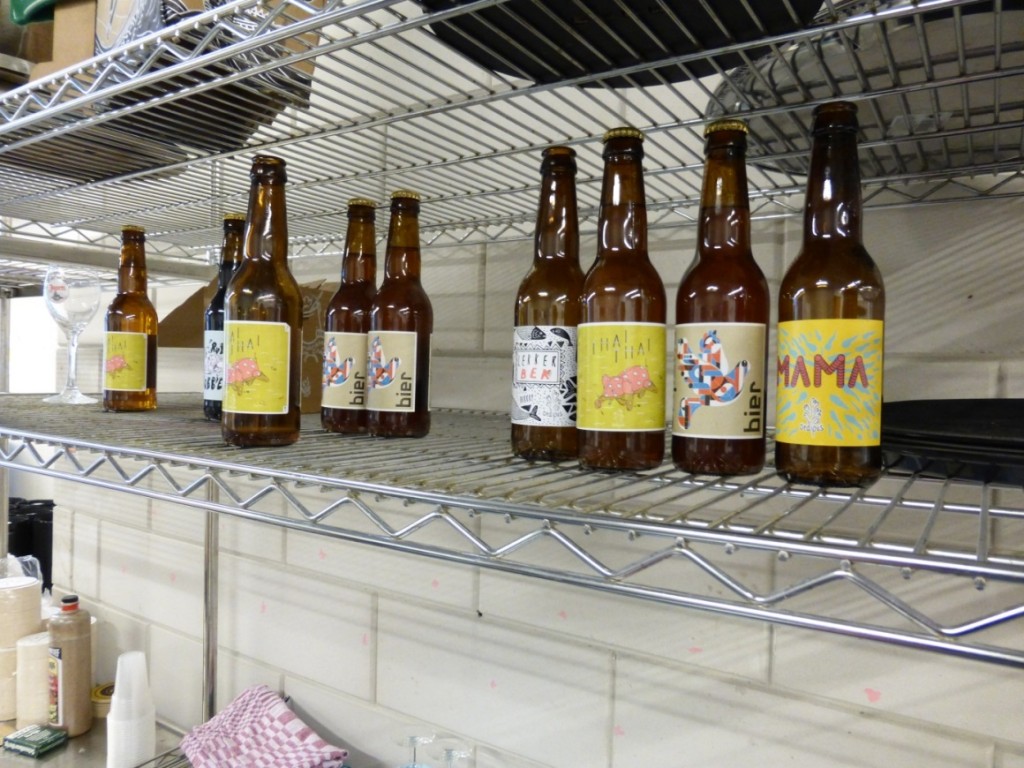 Artistic labels that promote beer for a larger audience. (Photo made by author)

According to the brewers, the new generation is not just producing different beers as a form of resistance against the mainstream lagers or in an attempt to restore the traditional beer-culture. Inspired by independent breweries in the United States where microbreweries have emerged on a large scale since the 1980s, a new generation of microbrewers has recently emerged in the Netherlands. Using a combination of traditional brewing methods with the usage of new flavours, the aim of these new brewers is to be innovative and creative in the production of different kind of beers. The goal of these brewers is therefore not so much to create beers that are only appealing to the traditional beer drinker (consisting of a predominantly male target group). This generation of brewers is more aware of the new urban lifestyle, and is capable to produce and promote different type of beers for different occasions (i.e. urban art and music festivals or gastronomic events) and a variety of consumers. 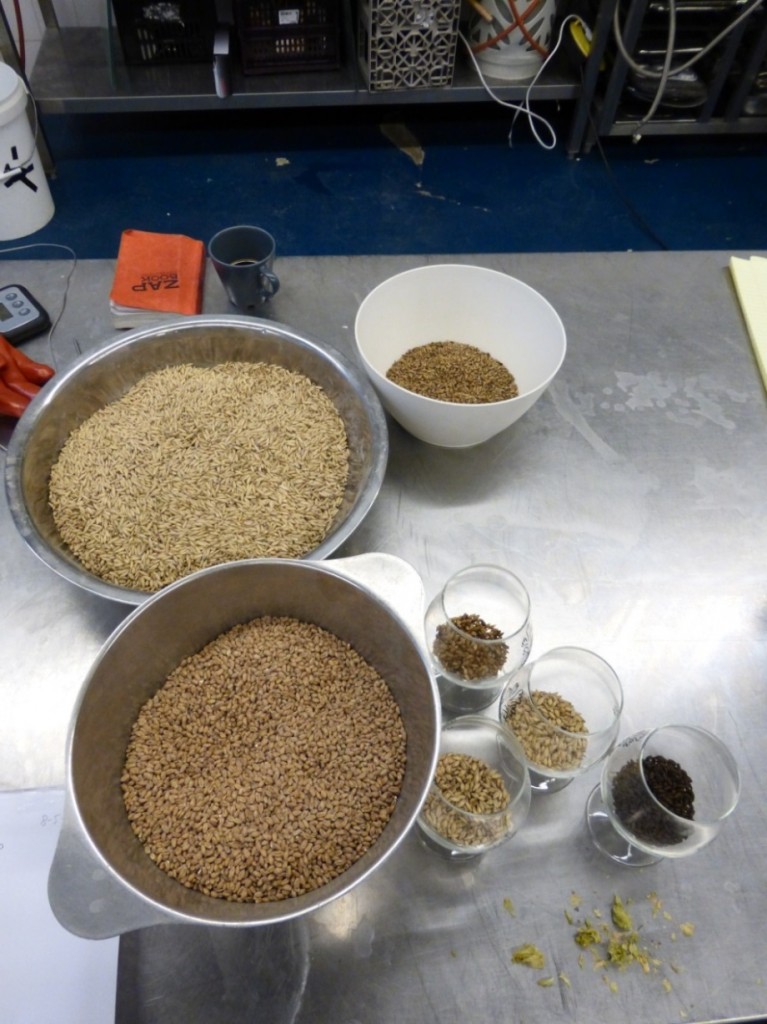 Taste innovation and creation at Oedipus Brewery, Amsterdam (Photo made by author)

Emerging microbreweries are aiming to be a chain in the urban environment by opening independent brewpubs and host cultural events that introduce craft-made beer to an extended audience. In this regard, cities also play an important role in the increasing popularity of craft beers as they are important sites to obtain and exchange knowledge about consumer preferences and innovation of the brewing process. The latter furthermore explains the success and growth of the consumption and production of craft beers in urban areas. Local breweries are able to anticipate quickly to changing consumer demands as their production process is flexible. This way the brewers’ own taste and creativity can be put into process immediately. 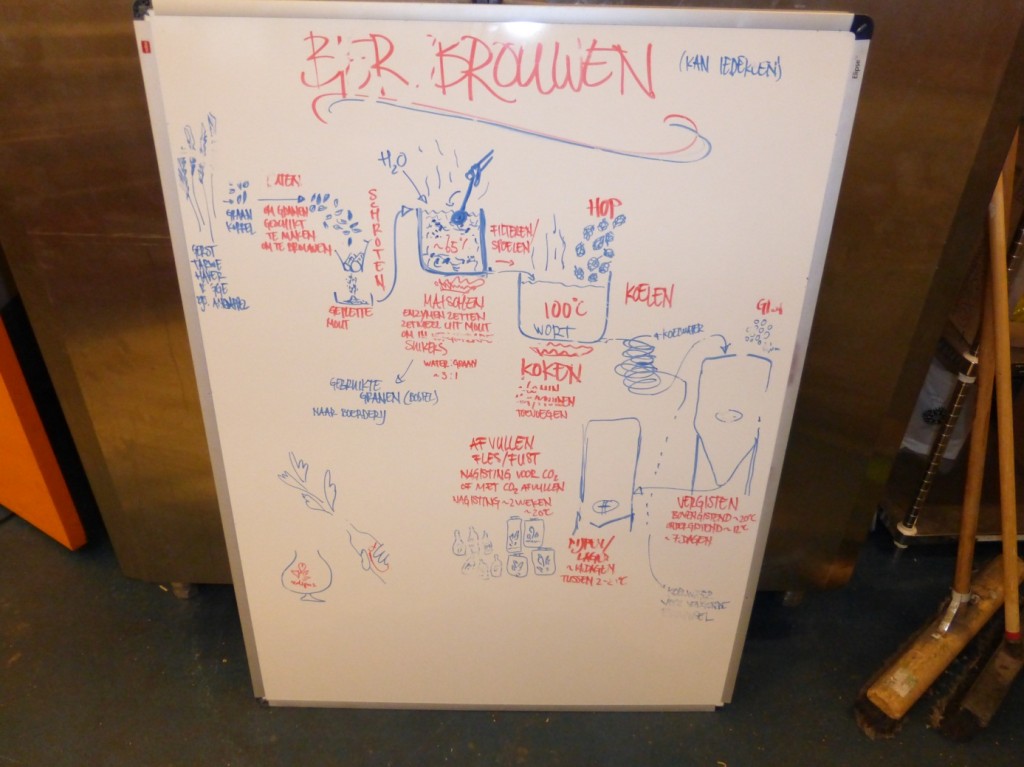 Brewing beer (is doable for everyone). Explaining the brewing process for ‘dummies’. (Photo made by author)

The remarkable emergence of microbreweries thus reflects a break-away from mass-production and consumption. Urban areas are important locations for the emergence of microbreweries as they are sites that provide the consumer markets and networks of knowledge transfer which underpins innovation. Being able to adapt and anticipate to fast changing consumer trends nowadays provides microbreweries with competitive advantages over the rather unwieldy large companies, that seem to slowly lose popularity of the (urban) beer consumer. However, in the growing popularity of craft beer resides an interesting paradox; can the microbreweries remain independent once their product is introduced to the masses?

Nice post Skadi, thanks. My personal favorite example of urban craft brewing is Butcher’S Tears, located down an alley in Amsterdam Oud Zuid. The proeflokaal and beers are great.

I love Butcher’s Tears! Haven’t actually visited them before, though. 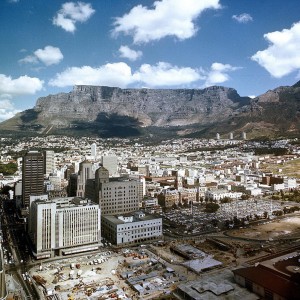 Cape Town is known for its cosmopolitan yet laid-back lifestyle. The city centre is surrounded by magnificent mountains...
© 2012 - 2019 The Protocity.com. All rights reserved.
Back to top