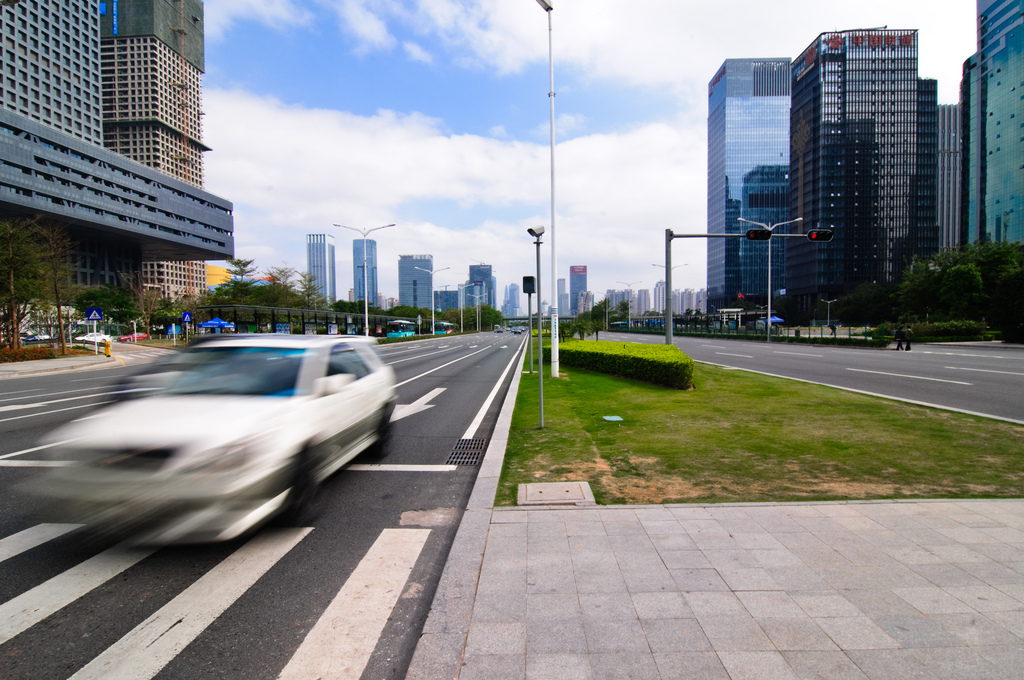 Whether you consider his architectural legacy to be a boon to urbanity or you see him as an architect that sucks the soul out of the cities he builds in, there is no denying that Rem Koolhaas, with his Office of Metropolitan Architecture (OMA), is one of a select few globally recognisable architects that leaves a lasting impression, for better or for worse, on the city as a whole. One city, Shenzhen, is rapidly becoming the canvas of the Pritzker-winning architectural rock star, with two major projects in Shenzhen’s financial heart.

Exhibit A: The Shenzhen Stock Exchange 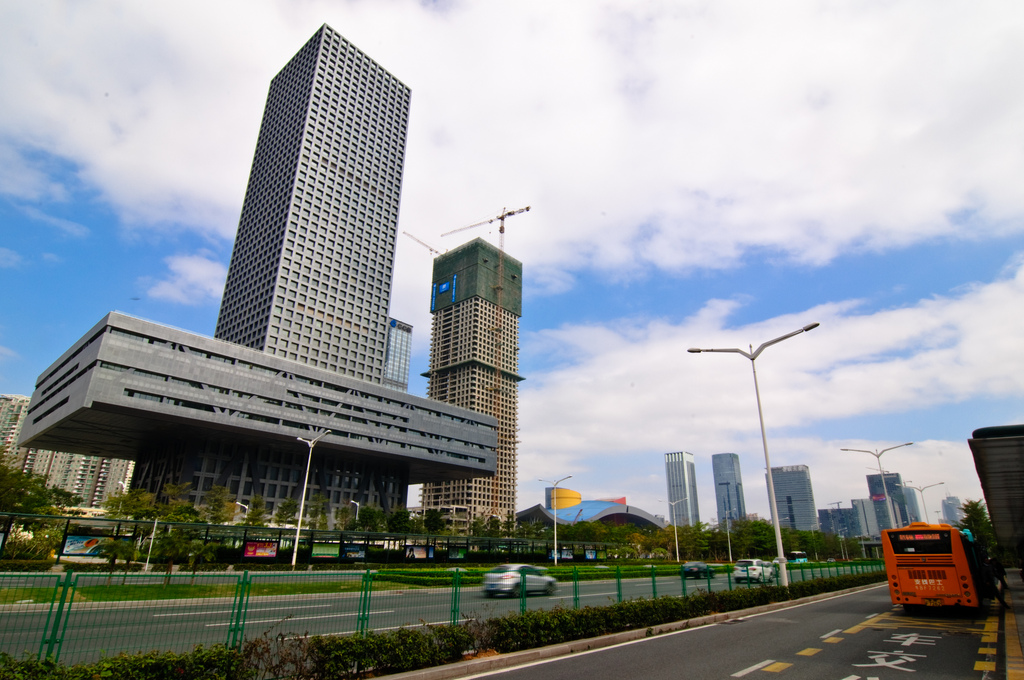 Completed in 2013, the new headquarters of the Shenzhen Stock Exchange towers over Futian, the home of the megacity’s rapidly growing central business district. Located within a new civic district that houses a sprawling-yet-underused public square and a library with a volume shaped like an open book, the Stock Exchange’s imposing raised podium and sleek exterior are a testament not only to Koolhaas’s unique theoretical stance but also the prominence of financial speculation in contemporary society. The roof of the floating podium is indeed beautiful, but one cannot help but feel that the purported contributions to public space have a somewhat distorted view of who the public is.

Despite this, OMA’s design offers real merit. The People’s Republic of China has been long associated with questionable practices in architecture and planning, including sub-standard building material use, wholesale copies of foreign villages, poor planning resulting in former villages being surrounded by intense urbanity, and cities filled with architecture that averages somewhere between bizarre and horrible. The Shenzhen Stock Exchange is not a carbon-copy of a foreign architectural form, but a major rethink of what a Chinese city ought to look like.

This is where it gets interesting. During the construction process of the Shenzhen Stock Exchange, OMA submitted a proposal to design the Essence Financial Building, also located in Futian. To say that this building shares stylistic similarities to the Stock Exchange is a mild understatement. 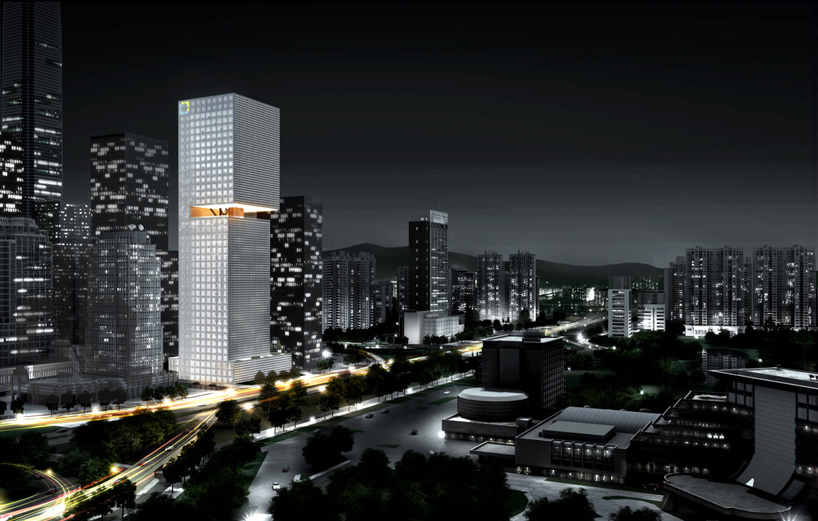 Rather than raising the building’s podium 36 metres above the ground, the Essence Financial Building lowers it to the ground and slims the volume in the central part of the tower before the inclusion of a viewing platform. Similar to the Shenzhen Stock Exchange, the Essence Financial Building is promoted as “breaking away from conventions” in a city that is not commonly known for doing so. When the completed structure sits prominently on a major traffic artery of the Futian district, all residents and visitors will know the shiny new façade of the city.

The design, though, is equally confusing: the extensive private amenities and a slick grayscale exterior appear to actively remove the building from its surrounding context. Rather than proposing something that integrates into Futian’s architectural style or subtly pushes it into a new direction, Essence appears as a rejection of local taste and an affront to street-level activity.

It remains to be seen whether Rem Koolhaas’s latest commission in Shenzhen is a triumphant exclamation point on the southern Chinese city’s financial district or the beginning of a transformation of Shenzhen’s skyline into a gallery of the Dutch starchitects more bombastic late-career works. While the aesthetics of both structures are strong, attractive, and reminiscent of Blade Runner, it is difficult not to question the purpose of such designs. Importing the work of A-list architects such as Rem Koolhaas is part of a simplistic crusade for improving the brand image of Chinese cities. To that end, Shenzhen has partly succeeded, as the overwhelming international press attention paid towards the two projects is promoting Shenzhen across the globe as an attractive place to conduct business, both from a business perspective as well as from the perspective of the corner office.

Despite this, would it not be more appropriate to entrust projects of monumental scale to a local architecture practice that grew up in the context of one of the fastest growing cities in the world? Chinese architectural styles have a rich tradition of strict design rules rooted in cosmology that placed high value on elements such as garden landscaping, Buddhist shrines, and the iconic detailing of structures as seen on the prototypical pagoda design. As skyscraper architecture continues to become more and more similar across the globe, Shenzhen is left to wonder why urban planners absorb international styles while sacrificing local traditions. 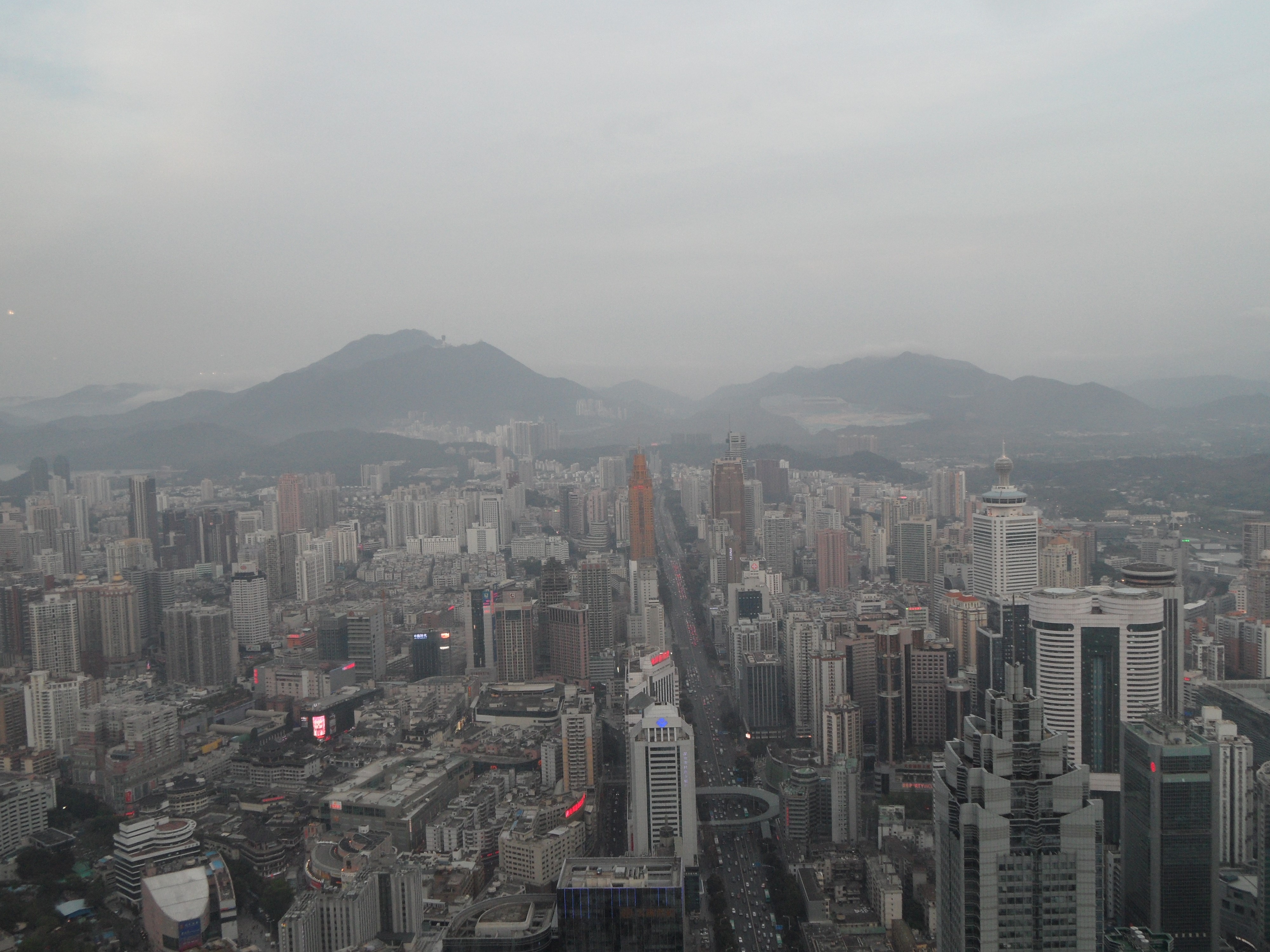 Thanks Adam for this insightful article and great photography. I strongly agree that Chinese cities are on a crusade to improve its brand image.

However, would you agree with me when I say that the skyscrapers we see now in major cities in the Guangdong province (Guangzhou and Shenzhen), could be understood as part of their transition from a clearcut low-cost production economy (moving to West- and Inner-China or Vietnam) to a more service based economy?

Yes and no, Leon. While some of these architectural projects do see a huge number of foreign architects coming in to oversee the entire project (the Shenzhen Stock Exchange was a big example of this, actually), I’m not sure the building methods for most of these new, iconic architectural projects are really a signal of that much change. The rapid deterioration of Beijing’s Bird’s Nest is an amazing example of this: no matter how good the architect is, many local construction firms, regardless of size and prestige, are still going to cut corners.

With regards to this being a signal of an economic transition, again yes and no. The PRC is a fascinating case because they’re continuing to industrialise while simultaneously creating a substantial service-based economy, something that has never been seen before in world history. The shoddy construction of many ‘starchitectural’ projects in China is a manifestation of the swift development of both of these economies, side by side.

I would say the first one is the ugliest! Who would wanna walk out a building and find out there’s a huge ceiling still above you for the next 20 meters blocking all your sunlight. No sunlight coming into the ground floor as well. Looks like pretty poor design to me but hey… i’m not an architect.

Actually, considering the context, you’d likely want all of that shade.

Shenzhen has a subtropical climate, meaning that the average high in January is 20 degrees centigrade. Add the humidity from monsoon season and you have a city where you will frequently be looking out for shelter from the sun.

Another important thing to note is that getting a tan isn’t as attractive for the Chinese as it might be for, say, a northern European. Having darker skin due to sun exposure is seen as a sign of having worked out in the fields, which is not seen in a very good light by many. Go out on a sunny day in any Chinese urban region and you are bound to see more umbrellas than you would on a rainy day so that people limit their exposure.

For these reasons alone, I would venture a guess that any local standing at the base of the Shenzhen Stock Exchange would be more than happy to have respite from the sun. 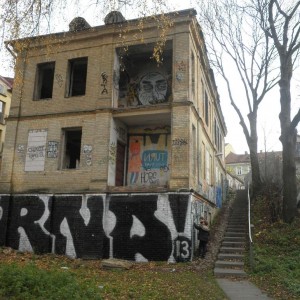 Vilnius, capital of Lithuania, is a city with an eventful past. During the late Middle Ages, the city went through a period...
© 2012 - 2019 The Protocity.com. All rights reserved.
Back to top