The megacity of Shenzhen is seen as one of China’s biggest success stories of the past 30 years, the city signifies China’s rapid urban development and economic growth. The rapid transformation from village into megacity, alongside a clean, liberal and more progressive image, give body to the idea of a “Shenzhen dream” and make the city extremely attractive to migrants as well as foreign investors. This more liberal environment can partially be attributed to the city’s proximity to Hong Kong and its status as a ‘pilot city’, which means that new policies are tested in Shenzhen, before they might be implemented in other parts of China. In addition to attracting migrants and foreign investment, these factors have also slightly opened the door to new developments and an interest in civil society. Shenzhen is for example home to a remarkable number of NGO’s and volunteer initiatives. In the spring of 2015, I conducted research on the emergence of non-governmental organizations and volunteer initiatives in Shenzhen, as well as their (potential) ability to play a role in public service provision. Within this article I will mainly focus on the emergence and structure of these organizations as well as their connection to Hong Kong. 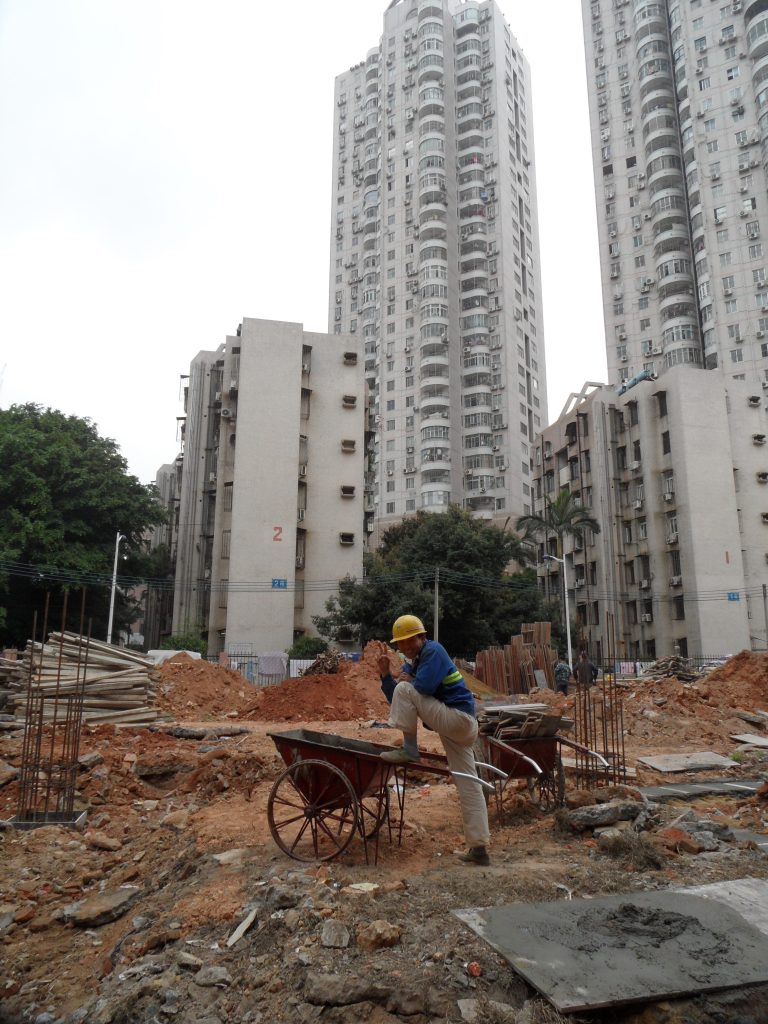 A Need For Civil Society?

Contrary to this positive image, there also is another side to the story. This ‘’Shenzhen dream’’ namely doesn’t seem to be a very inclusive one. A high level of urban inequality can be noted, for example regarding access to public services such as health care or education. Rural factory workers do not enjoy the same social benefits as the urban middle and upper class. Another problem that has arisen from Shenzhen’s rapid growth is the enormous strain this has put on the usage of public services in the city. This has led to privatization but also to new policies that explore and experiment with an increased role for volunteers and community initiatives as possible service providers. Thanks to its aforementioned pilot status, Shenzhen has been one of the first cities to experiment with this new approach. Subsequently, the city has since 2012 implemented new laws that simplify the registration process of NGO’s and volunteer organizations. Finally, several ‘problems’ connected to migrant and factory life are ever-present in the city, for example a high level of work-related injuries, mental health problems and discrimination. The fact that most of these issues are not addressed by government policy has created a demand and space for organizations ‘that aim to address those’. 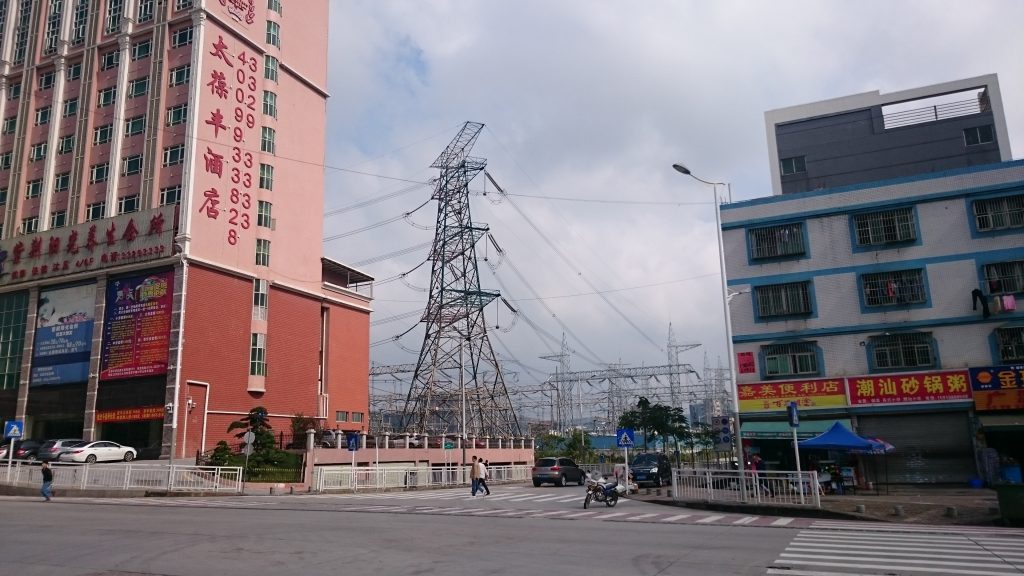 Dalang, a factory neighbourhood where many migrants live in factory dormitories

These new laws have significantly increased the amount of NGO’s and volunteer initiatives in Shenzhen. However, the role and possibilities provided by these initiatives, as well as their success are widely being debated. Several authors argue that its complicated to view them as non-governmental due to the fact that the state is heavily involved in their development, and hence interactions with the local state are seen as crucial to the success of these organizations. You could therefore wonder whether one can really speak about non-governmental in China? My own research confirms that it’s nearly impossible for these organizations to act completely independent from the government. Even some of the organizations that were very critical about government policies and who described several everyday obstacles, such as being unable to register as an NGO or being unable to rent offices or even apartments for their employees, still seemed to maintain some government ties. Furthermore the vitality of maintaining positive personal connections (Guanxi) with local government actors was noted by most of my interviewees as a key for success. One of my respondents, who is the founder of an organization that works on education and integration of migrant workers, even stated that being able to socialize with government actors is the single most important characteristic to be successful in this line of work. Although it’s thus nearly impossible to act completely independent, a notable exception can be made for Labour organizations, who due to the sensitivity of labour issues often try to pursue a certain level of independence. Finally, the difficulties for registration and requiring funding for organizations who address sensitive topics (labour rights, gay rights and religion being the most prominent ones) have created a different type of organization. These organizations often register themselves as companies or social enterprises instead of as a non-profit organization, which is obviously very different from the ‘western’ NGO concept. 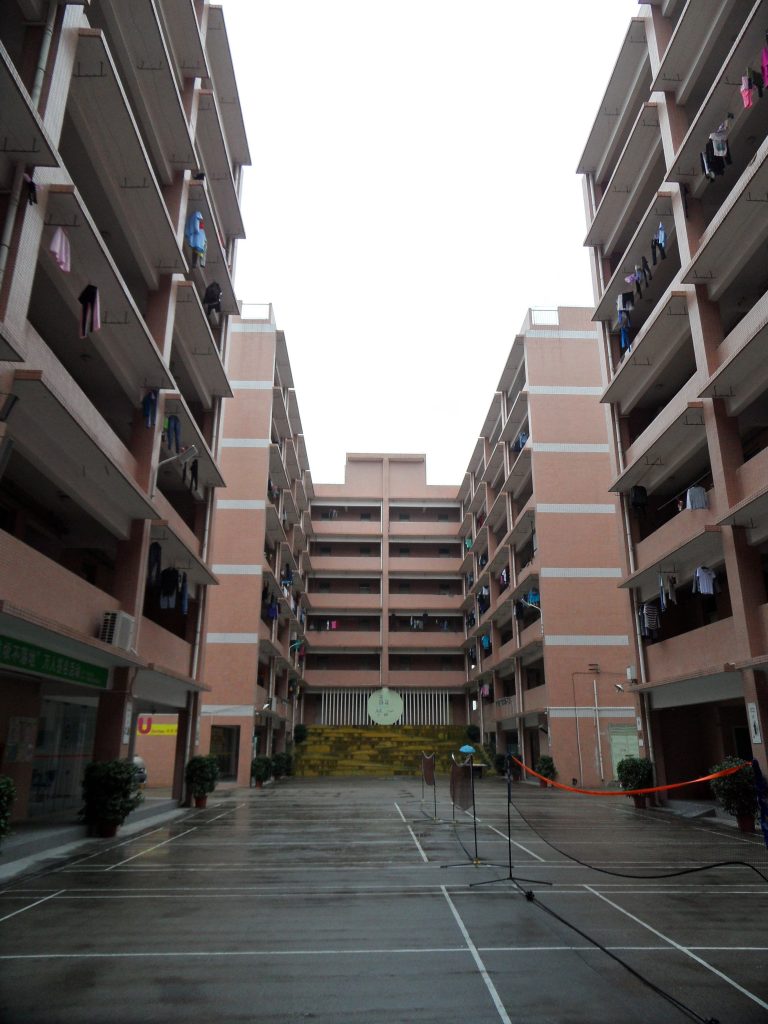 Factory dormitory in Dalang, several volunteer initiatives are also located on the premise

Despite the fact that the Chinese government is thus still very often on the front stage, the new legislation in Shenzhen has resulted in a remarkably large number of NGO’s and volunteer initiatives. However, my own research revealed that a strong geographical component also contributes to this, namely the influence of its neighbouring city Hong Kong. There are several ways in which Hong Kong influences the amount of NGO’s in Shenzhen. The first and foremost is the fact that Hong Kong provides a way for obtaining funding. A large part of this funding comes from the private foundations and funds of wealthy upper class families in Hong Kong. These foundations often act as donors for mainland organizations. Furthermore, Hong Kong’s different legislation with regard to foreign investment creates possibilities for organizations to obtain foreign funding. Mainland organizations are usually by law not allowed to receive money from non-Chinese organizations, they can however use Hong Kong offices to transfer money, since investments from Hong Kong are usually permitted. Additionally funding options are increased by the amount of international organizations based in Hong Kong. For example large international development organizations such as Oxfam Novib use their offices in Hong Kong to fund and support projects in mainland China. These different funding options can create friction with the government as these organizations are able to address sensitive topics more freely due to the fact that they are not dependent on the government for funding. A third reason that might help to explain the amount of NGO’s in Shenzhen is the ‘’innovative spirit in Shenzhen” or “Shenzhen spirit”, which several of my respondents, among whom the founder of a social enterprise that mainly focuses on labour laws noted. This idea connects back to the economic success of the city and the new middle and upper classes that have emerged as a result. Another respondent, the earlier mentioned founder of an education NGO, explained that there are many entrepreneurs in Shenzhen, several of whom once came to Shenzhen as migrants themselves. This group now has the financial capital to give something back to a part of society they themselves feel connected to, namely fellow migrants. They use their own success and funds to start initiatives. This new class also demands a new type of organization. Due to their own success in business they feel that they are no longer dependent on the government to take care of issues or problems; they feel empowered. This more business-like approach is further inspired and supported by the exchange of more liberal views with Hong Kong where self-organization is more common and tolerated.

I have only presented a few findings and insights about the emergence and development of NGO’s and volunteer initiatives in China. There are, however, many points that would be interesting for further research, especially since this relatively new field is as dynamic as the city of Shenzhen itself.

Jeltsje recently finished her MSc in Human geography at the University of Amsterdam. Her main research interests are development (geography), urban inequality, migration and civil society. 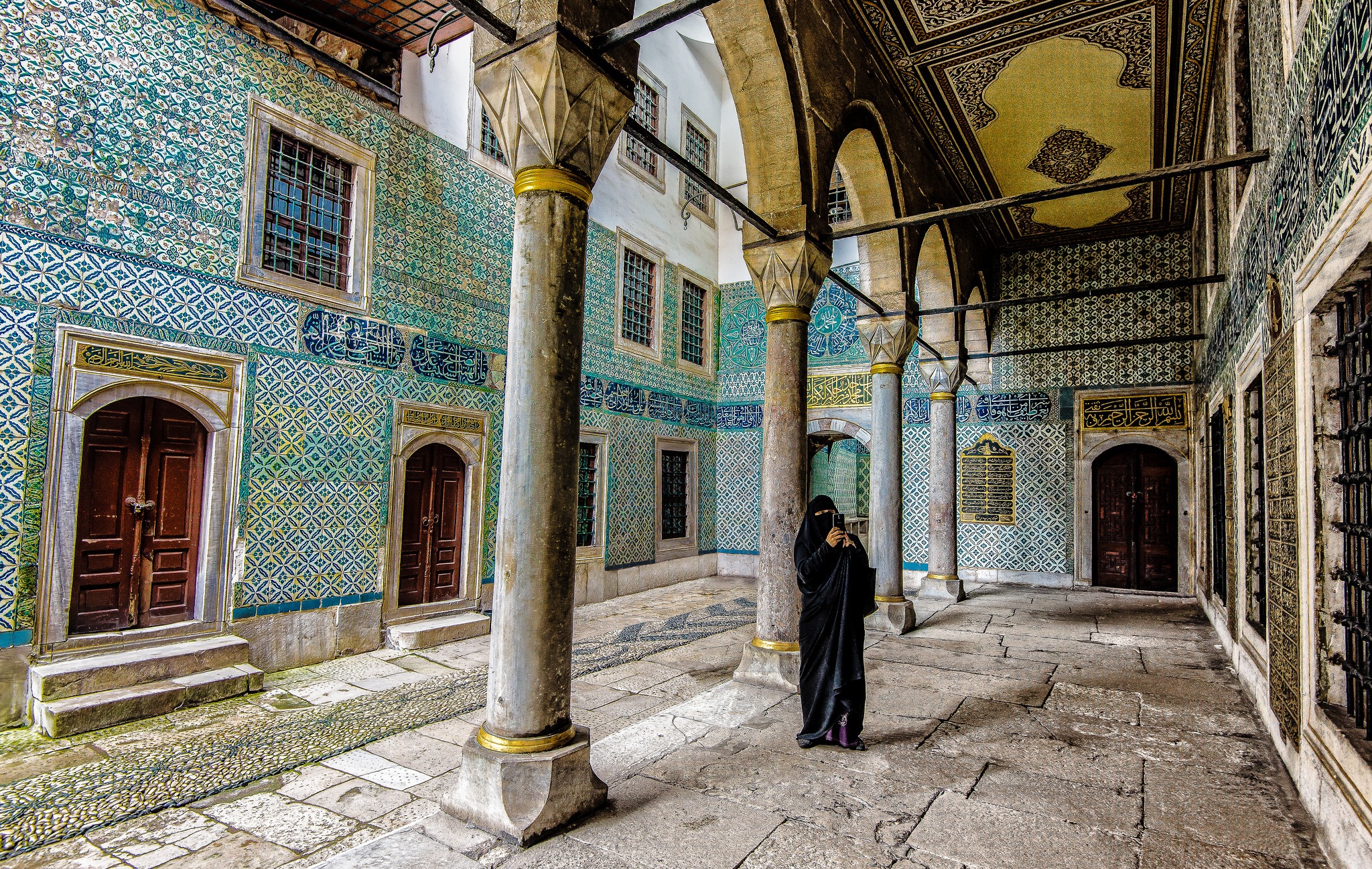 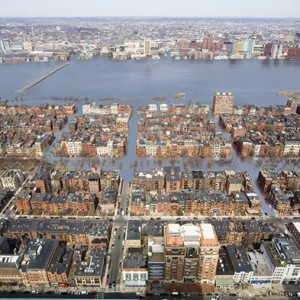 Politicians around the globe have been engaging in climate resiliency initiatives with an increased commitment as an international...
© 2012 - 2019 The Protocity.com. All rights reserved.
Back to top