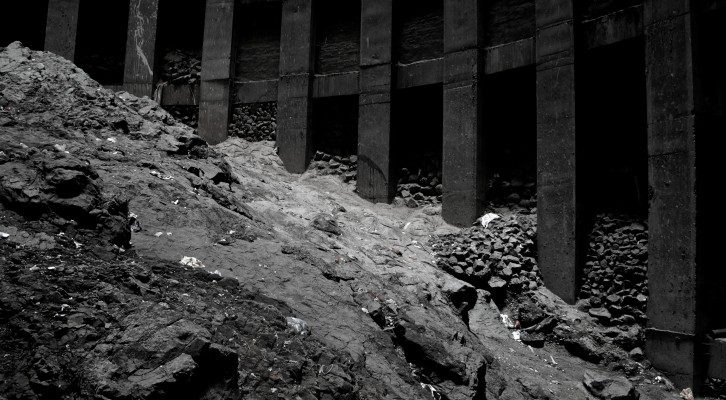 It happens quite often that buildings end up not fulfilling the functions that they were originally designed to fulfil. Think of old churches turned restaurants, abandoned Olympic sports stadiums or other cases of adaptive reuse and so called ‘failed architecture‘. 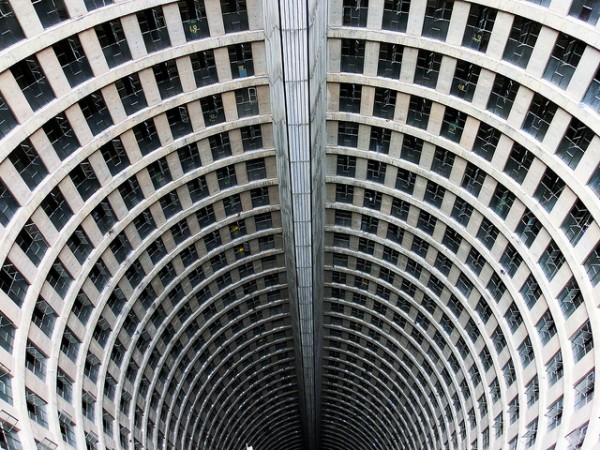 In South Africa’s Johannesburg we can find one of the most extreme examples of a mismatch between planning and lived reality in the world: Ponte Tower. It is a 54 story high-rise with a 7 story high commercial banner at the top. It is the tallest residential building on the African continent, originally designed to cater the high-income groups of Johannesburg. But now, the building is more well-known for its sinister looks and its gritty history as a gathering place for drug gangs. What happened?

Ponte Tower is an amazingly high, circular tower. If you are standing in the middle of it and you look all the way up to the top, you will see rows and rows of windows in dark and grey concrete, with sunlight shining in all the way up the long dark tunnel. The design definitely has a captivating allure and as such it has been an inspiration for many photo reportages  and urban explorer blogs. In other words, Ponte is quite an internet hit.  Probably as an effect of this notoriousness, filmmakers recently liked to scout the place for shooting scenes for action/ sci-fi movies, such as Dredd (2012) and Chappie (2015). Both movies tell us tales about a futuristic dystopian city full of drugs and crime. Ponte Tower is a very fitting location for these films and not only given its dramatic looks. The history of the building adds a symbolic value.

The apartments of Ponte Tower, built in the 1970s, were meant for affluent dwellers of the bustling neighbourhood called Hillbrow. These were luxury, spacious apartments; penthouses equipped with saunas and jacuzzis, there was even a plan of making an indoor ski slope inside of the building… But then, in the 1990s, things went awry and Ponte became an empty building. Did people forget about the modernistic luxury? This seems hard to imagine considering it is such a skyline-defining building.

In the 1980s, suburbanization became fashion for affluent whites who lived in central Johannesburg, decreasing inner-city property values tremendously. Moreover, apartheid played a big role in the life story of Ponte. Hillbrow was, during apartheid, a so-called ‘grey area’, where both black and white men lived and worked. According to Stephanie Haines from CSMonitor, Hillbrow was a ‘cosmopolitan neighbourhood of artists and intellectuals where cafes and bookshops stayed open late and where, even under the tight rule of apartheid, interracial mixing was common’.

However when apartheid ended, white flight, employment shortages and a flood of jobless immigrants from other African countries hit Johannesburg hard. Hillbrow was not excluded from the economic effects. Crime rates went through the roof and it became harder and harder to find renters for Ponte Tower. Criminal gangs started to dwell in the tower, fearful families fled out. Some internet research will now lead you to many urban legends about Ponte in the 1990s. There are rumors people were murdered by being pushed into the core of the building. There are stories that many people jumped. Ponte Tower as such, is now often seen as a metaphor for the apartheid story in Johannesburg. Beginning as a modernist palace for affluent whites, then descending into violence and destruction, only to emerge again as something substantially more nuanced.

In 2007, new owners took over the building and managed to get the crime gangs out. Now, they tried to lure gentrifiers to live in the building with a campaign called ‘live your life’. Journalist Ryan Lenora Brown, living in Ponte City, tells: “For a journalist, Ponte seemed almost too good to be true: a building that doubled as a neat metaphor for contemporary South Africa—a carefully wrought fortress of white privilege that had fallen into disrepair and violence before emerging, haltingly, into a more inclusive but far more uncertain version of itself.”

The dreams of 2007 were indeed too good to be true. The 2008 crisis made investors and developers shy away from Ponte once again.  The company Mafadi now rents out apartments in the building, luring interested people with the question: ‘A national Monument, wouldn’t it be great to be part of it?’ And why wouldn’t it. For curious tourists, it is now also possible to visit the tower. The embedded youtube video gives us a view in the tower today:

Interestingly, inhabitants of Ponte mention that ‘white people are moving in to the tower’. However, they also mention that all whites live at the top floors, having the best views and paying the most rent. Is this the start of vertical segregation, or will Ponte’s future really be the South-African dream of multi-ethnic living together? 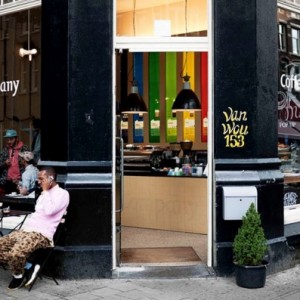 Ten years ago, the word ‘pop-up’ probably made you think of these annoying windows that appeared on your computer screen,...
© 2012 - 2019 The Protocity.com. All rights reserved.
Back to top