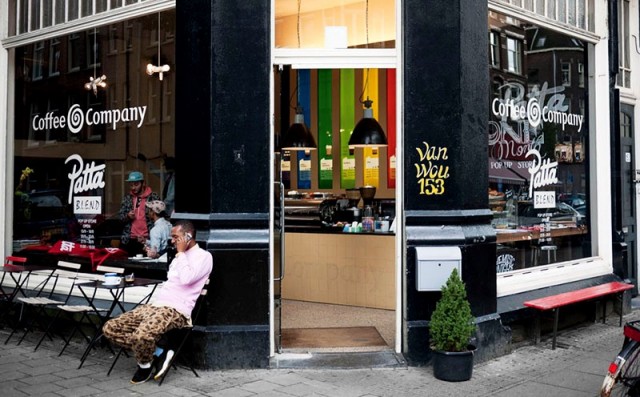 Ten years ago, the word ‘pop-up’ probably made you think of these annoying windows that appeared on your computer screen, seducing you to book an exotic cruise holiday. Or perhaps you would melancholically recall these wonderful children’s books that actually proved somewhat too fragile to browse through without parents. 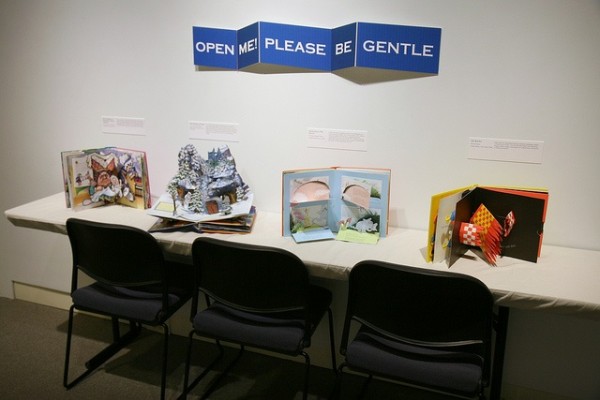 Pop-up books are no longer the main reference regarding the concept ‘pop-up’. Source: Topeka Library

Nowadays, the concept and term pop-up is widespread known as it has become a strong force in the urban fabric. A pop-up refers to the task where architects, entrepreneurs, communities and municipalities stand to deal with the constantly changing world and public space. This is at least how Jeroen Beekmans and Joop de Boer frame it in their book Pop up city: City-Making A fluid World.

The term pop-up appears to be a buzzword for everything temporarily and this phenomenon seems to fit perfectly with mobility, volatility, authenticity and exclusivity: typical characteristics of the post-industrial economy. At the same time the concept of pop-ups neighbors with the emphasis on an experience economy, massclusivity (exclusivity for the masses) and ‘planned spontaneity’, according to trendwatching.com something that typifies today’s consumer par excellence.

Lastly, the activities of pop-ups drive on strong and extensive social networks and social media. People inform each other about new locations and openings. And the need for physical human contact is met when the online community around a brand, shop, style or museum comes together in a temporary form in the off line world.

The pop-up store is perchance the most widely known and traditional form of pop-up urbanism, with the table where scouts sell lemonade and cookies perhaps as the pop-up shop avant la lettre. Famous and traditional pop-ups are the spaces in America, transformed into temporary outlets around Christmas and Haloween to buy your pumpkin, Fred Flintstone suit or Freddy Krueger claw. With, according to citylab.com more than 7.4 billion dollars earned annually, ‘Halloween estate’ is a rewarding business.

In 2012 there were more than 1100 pop-up Spirit Halloween locations in the United States.

Shops on a smaller scale with a temporarily appear in the public domain, have been spotted from 2000 onwards and for the first time in Los Angeles. A pop-up shop seems to offer many opportunities. It proves to be a lucrative way to launch your brand because it fits the desire of the consumer who, by the temporality caused exclusivity of the products, is now able to position itself as a man with taste and sense of things. The mix of features offered by the shop enhances this experience: more often than not you can also trim either your dog or own beard, buy a new pair of pumps or drink a flat white with almond milk. The openings of the pop up shops are often the places to be where the ones in the know gather and drink bubbles accompanied by gluten free snacks. 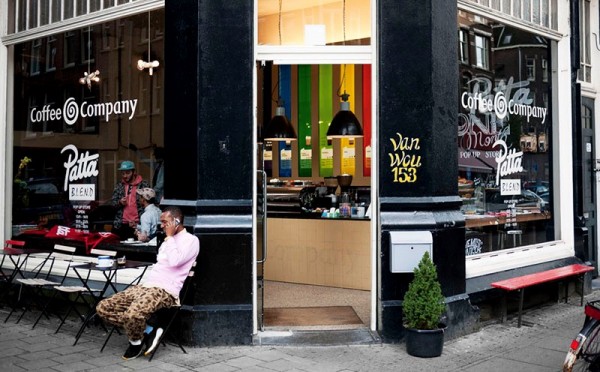 The pop-up shop can function as a springboard for beginning local entrepreneurs with little initial capital to make a start with their business. The long-term perspective is of course dependent on success in the pop-up stage.  For different cities there are actual dating sites where supply and demand are brought together. In Berlin you can find a place to show your art for as little as 1 euro a day on gopopup.com. Popupbritain.com has realized more than 350 pop-ups since it’s founding in 2012. And if you want to know where in Hilversum you can rent or offer a window, just contact popupsquare.nl

Another strength of pop-up initiatives is that they help to counteract the vacancy rate in the city. In the Netherlands, with tens of millions of kilometres of gross floor area not in use, a welcome force. Under the slogan Never waste a good crisis, the company Urban Popup transforms vacant premises – whether temporarily – to lofts and apartments. State Architect Frits van Dongen sees vacancy as a national problem and calls for an adaptive planning. One in which the city is diverse, viable and flexible and inspiring for residents, users and administrators: “step away from the traditional role of planning by government and approved by council” he says in his column on stadslevenamsterdam.nl pleading for pop-ups and flexibility.

Several municipalities in the Netherlands recognize the chances pop ups have for an area and in Amsterdam there will be an experiment with rule -sheltered shopping with space for temporary restaurants, shops and even temporary loft apartments, for which the entrepreneurs won’t be needing to apply for permits. This may not be entirely fair to the established restaurants in the neighborhood, “But an area with a more than average vacancy can use such a good boost. And if this experiment succeeds then the municipality intends to adapt these policy benefits to the whole area” says local politician Marja Ruigrok. 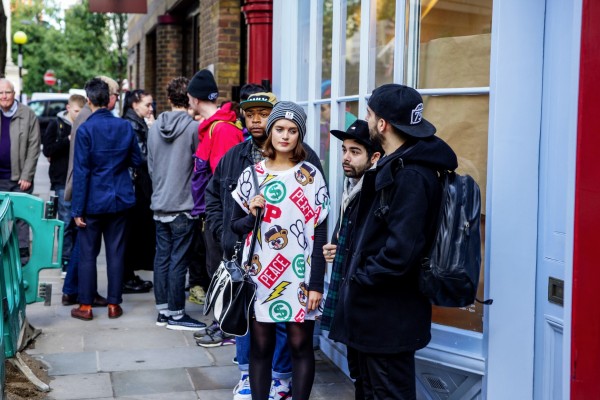 But an impulse to what? And for whom? Because that’s what a pop-up shop in a neighborhood brings: these small creative pinpricks pimp the neighborhood. At first glance, its hunky dory and the pop-up initiatives are embraced and celebrated everywhere for their output at the individual and societal level. At the same time there seems to be a movement that positions itself very critical of the pop-up. In the a-z or gentrification sure fire signs that your neighborhood is upwardly mobile blog, this becomes evident. With ‘P’ one finds: pop-up shops, pop-up bars, pop-up restaurants, pop-up boutiques, pop-up fucking pop-ups.

There goes the hood and the temporary success of temporarily

According to the criticasters, when pop-ups pop up, this is a clear sign of the end of a neighborhood in sight. Rents will increase tenfold, communities will be pulled apart and there will only be almondccino’s, gluten -free bread and quinoa snacks to buy. But can pop-up initiatives actually be seen as an expression of a (whether or not state-led) gentrification process in which the losers will never be able to combat the big capital and in which it’s only a matter of time for the first original inhabitants to leave the neighborhood they themselves have built with heart and soul? Or can the pop-up shop actually perform a social function in the neighborhood because it offers everyone an approachable way to undertake? Now does it?

Tessa Dikker is an Urban and Cultural sociologist. In her work for the Summer University Programmes Office of the University of Amsterdam she encourages students to do what she enjoys doing herself more than anything in the world: regarding the city as one big scientific case study through contemplating, reflection and imaginative thought. 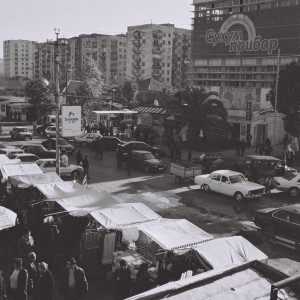 Domino Effect pictures a couple struggling in their search for a common goal, while being agonizingly aware of the transcultural...
© 2012 - 2019 The Protocity.com. All rights reserved.
Back to top