At the end of the second year of my Bachelor’s in Human Geography, we went on a fieldtrip to the city of Plymouth, which is located in the county of Devon, in the South West of England. Plymouth typically is an example of a city with quite a prosperous history but which is facing many contemporary urban problems. How did this decline happen to occur? And are there any clues towards more optimistic prospects? 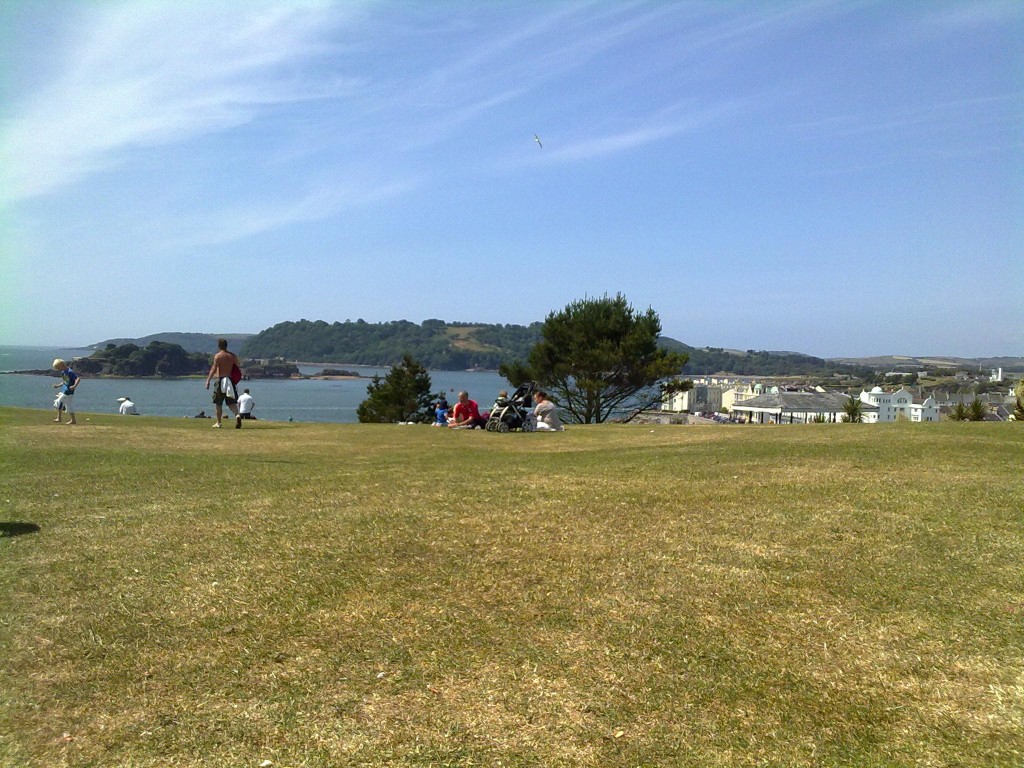 Recreation at the Plymouth Hoe, with Plymouth Sound on the background, picture taken by author

Plymouth almost counts as an archetypical example regarding the geographical concept of path dependency: since the city is located directly at a natural harbour (the Plymouth Sound, Figure 1) it has always been a logical starting point for world explorers setting sail to the ocean. Well-known examples are the ‘Pilgrim Fathers’, who left Plymouth in 1620 with their ship (The Mayflower) in order to establish a settlement where they were able to profess their own faith. They ended up in the still largely undiscovered area that we now know as The United States, and called their settlement over there ‘Plymouth Rock’. Another famous historic event that can be related to the city of Plymouth is the defeat of the Spanish Armada in the year 1588. The legendary vice admiral, Sir Francis Drake, who played an important role in this battle, still counts as an appealing person for many British, while he is internationally still quite famous as well. 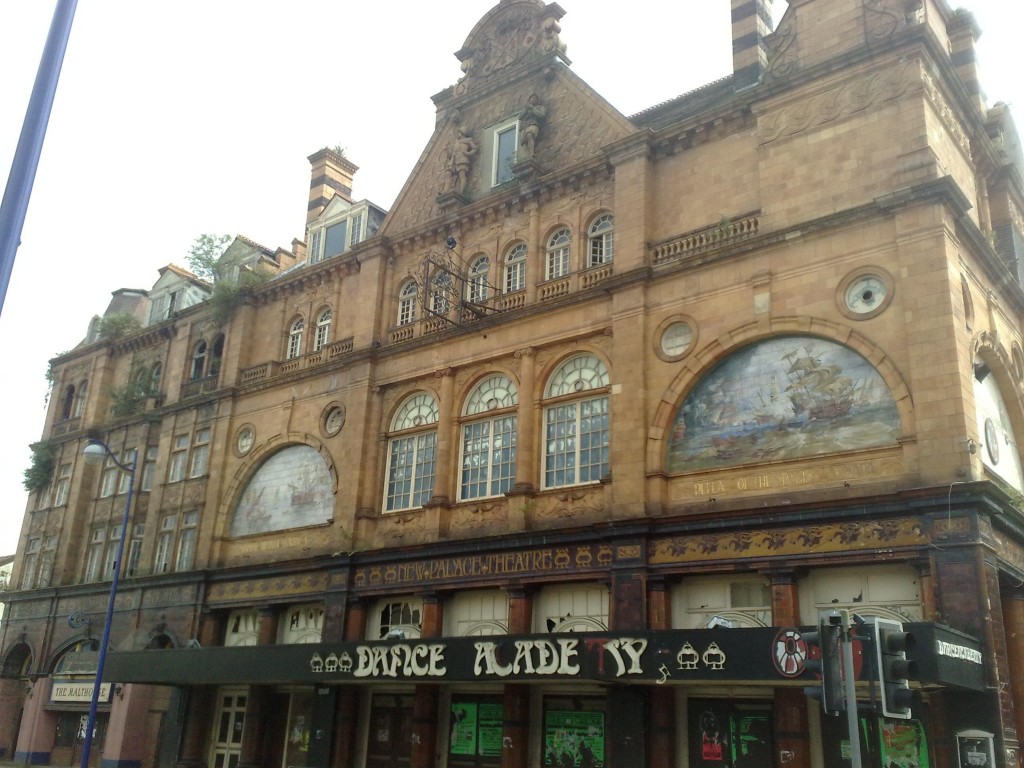 Because of this strategic location and the direct access to the English Channel, Plymouth is a city that has always been inextricably linked to war. This connection is visible throughout large parts of the current city: from the 17th century Royal Citadel to the Devonport Dockyard, which is the largest naval base in Western Europe, and many more. The ironic truth now is that war actually has brought the city both prosperity and damage. On the one hand, because of the strategic value of the city, a lot has been invested over the years in order to maintain the city as a safe and reliable defence spot of the British Empire. Moreover, the presence of the Royal Navy provides many jobs and thus is of main importance for the urban economy. On the other hand though, the city faced the seam side of war during WWII, when it got heavily bombed by the German Luftwaffe. Besides that, it is being stated by many that the city’s economy is currently still too much dependent on this naval base, and that the city is for that reason way too sensitive for economic fluctuations. In the current post-industrial era, many cities tend to have the ambition to invest in their service-based economies in general, and more specific to attract (innovative) business and high technology- and cultural industries. There are many examples of cities (Detroit probably the most obvious one) that faced severe urban decline because of a too much unilateral economy. Plymouth definitely can be regarded as a city that is vulnerable to this kind of decline as well: although the city did not face a large population decline yet, and although unemployment rates are not yet very alarming compared to other English cities, quite a number of shops in the city centre are forced to close their doors. In addition to that, there are a number of notable buildings in the city which clearly illustrate its decline. The Palace Theatre (see Figure 2) is probably the clearest example: this late 19th century, art-nouveau built theatre has been a place where many famous performers, like Charlie Chaplin for instance, performed their shows. Nowadays, it is a derelict building surrounded by other decayed, low-grade facilities. 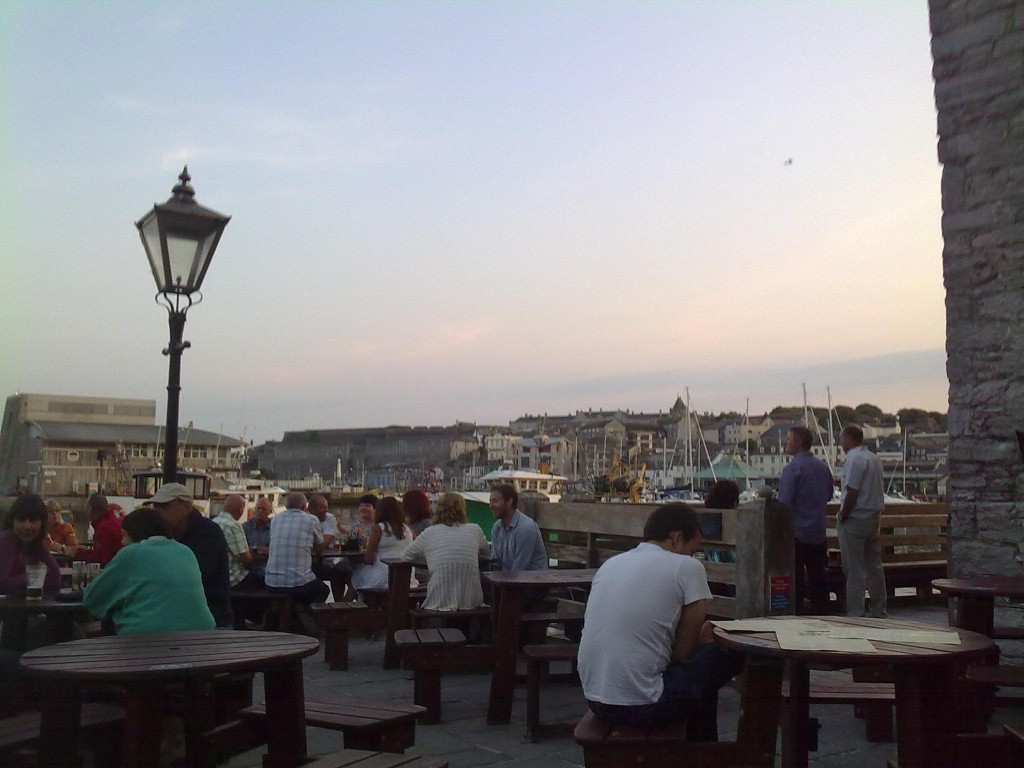 Recreation with Plymouth Barbican at the background, taken by author

Current cuts on defence by the British government make it likely that Plymouth’s urban economy will face hard times on the short term. It will be interesting to investigate to what extent Plymouth’s current residents are actually bothered by these recent developments. I remember a conversation that I had in a local pub with a born and raised ‘Plymouthian’. This gentleman was very cynical and gloomy about his city’s current situation as well as its near future. Illustrative according to him, was the fact that Plymouth is the largest city in England whose football club (PAFC) never reached the highest league. In earnest, I think that it can not be denied that Plymouth nowadays has indeed got quite a bad reputation in England. It seems that the local government is aware of this since they recently set up project ‘Plymouth 2020’. Their ambition is to make the city “one of Europe’s finest, most vibrant waterfront cities, where an outstanding quality of life is enjoyed by everyone.” If you ask me, I expect that it will be hard to indeed reach those ambitious targets, although I do think that there is still hope for the city. In order not to end up in a downward spiral, the city should try to get rid of their image as being an unsafe and unattractive city. Since the city houses the 9th largest university in the UK, students should be tempted more to extend their stay in Plymouth a couple more years after they are graduated. The old Barbican (Figure 3), which escaped the German bombs, is a picturesque old part of the city and a potential place for ‘hip’ people with a preference for an urban lifestyle. As soon as the city’s economy becomes more diversified, the city can keep and attract more high educated people and can become an important economic centre in the southwest of England again. This sounds like a more decent objective than to rely on new wars in for instance the Falklands or the Persian Gulf or to wait until for instance Wayne Rooney will wear PAFC’s green tricot.

A movie on the post-war redevelopment of Plymoouth. 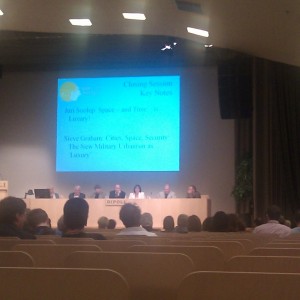 This is the ProtoCity - Conference/Exhibition - Updater Every once in a while, you will find an overview of the most interesting...
© 2012 - 2019 The Protocity.com. All rights reserved.
Back to top