Graffiti is a form of urban art that has allowed people for decades to express themselves, normally against political and social conformity. Art throughout history has been used predominantly as an expression of socio-political contexts, as highlighted in David Harvey’s popular book on Post-Modernism. The relationship between artistic movements amongst the bourgeoisie described in his book is the inspiration for this article, which will put it in a 21st century perspective. In an age of globalisation and gentrification, graffiti seemed to be the most relevant artistic movement. Graffiti is symbolic of rebellion from working class, ethnic minority and disadvantaged groups who are the main victims of the gentrifying processes of globalisation and cultural development. However, graffiti has gained more positive connotations as it is equally symbolic of uniqueness, culture and social expression which are becoming more evident in the recent ‘hipster’ trends. Graffiti is a “multi-vocal, visual urban discourse that alters the texture of street experience through inventive juxtaposition of mass-mediated and local imagery” (Kane, 2009). Therefore as a movement, it is contributing significantly to the cultural gentrification of formerly social class communities that is the cause of so much displacement.

The context of graffiti is a very important consideration for the effect that it has on the urban environment or the “street experience” as Kane describes it. The street experience relies heavily on the individual and their perception. There are different types of graffiti; “illegible messy scrawls”, “graffiti as a medium of territorial gang warfare” and “aesthetically juxtaposed set of visual images respectfully placed”. The type of graffiti is representative of the socio-political context of certain, unique, urban environments. The first two types are more commonly associated to areas with high crime levels, high unemployment and low education levels. It is unlikely that these forms would be attractive for the gentrifiers to use for cultural developments that would attract tourism as it is unlikely to contribute towards a safe street experience. The final type is a debatable one. It is possible that this kind is linked to the same demographic as the other types; however, it could also be from progressive artists such as the infamous, hidden, graffiti artist, Banksy. It is necessary to consider why it is celebrated by some groups when it is just as illegal as the other types as well as how it is contributing to modern urban areas.

Gentrified, hipster areas like Amsterdam-Noord have developed a brand that relates closely to graffiti and urban art. Just like gentrification itself, graffiti will always have both supporters and critics. Personally, I would tend to be critical of gentrification because of the displacement effects it has on the social class who in most cases used to occupy the area until rent prices forced them into relocation. This is something that is beginning to happen in Amsterdam-Noord as its reputation as a “hipster” area grows. Becoming more creative, artistic and unique certainly is a big part of the process of branding a city. Urban art adds a unique artistic edge to an area; this creates a brand and therefore, arguably, contributes to the gentrification process. 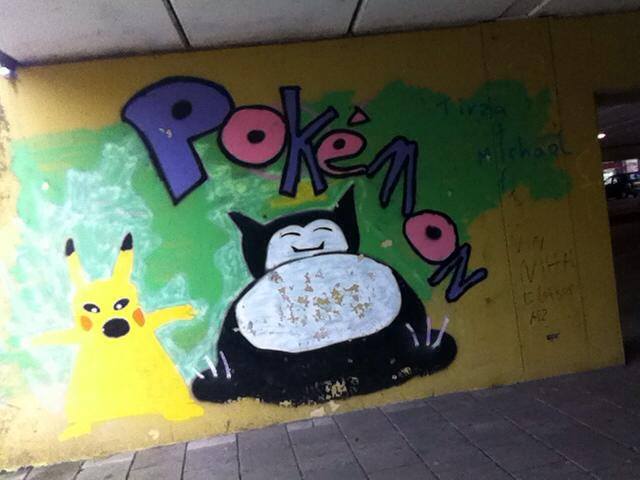 Graffiti in the “hipster” area of Amsterdam- Noord. Photo taken by author.

Graffiti is seen as a form of vandalism, the illegality of the action helps to bring more attention to their expression of animosity towards socio-political repression. This is something that comes from those most affected by these issues, the disadvantaged social class; thus empowering them to use this as a platform to fight for their community and their livelihood. Just as the modernist artists that Harvey uses to show how art can empower people to voice an opinion on political and social issues. It is clear from the photograph that not all graffiti has this purpose directly, however there is still an element of using it as a way for the artist to mark their territory to regain ownership of their community.

Graffiti is a gentrifier.

Graffiti offers the unique and creative edge to an area that enables city marketers and urban planners to attract investment and tourism through branding. It is a device that has been used for generations to express themselves yet perhaps it is a stronger device for gentrification and eventual displacement. Nonetheless, graffiti remains an important socio-political tool, whether it is for creative types or the social class. Banksy has always worked with professionals, artists, photographers, musicians and agents, who have helped to commercialise his expressive graffiti. The purpose of graffiti traditionally has not been for commercial success but purely for the desire to speak out. Who is reaping the benefits now? Is it the social class or creative artists and city marketers? It appears that the social class have coloured their neighbourhoods with unique urban art, attracting the creative groups bringing graffiti into the artistic mainstream; as a result enabling further socio-political inequality. 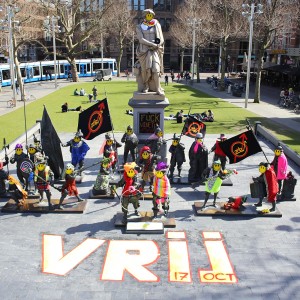 It all started when the neighbor on my right knocked at my door to borrow the extra mattress I had available. “Thanks girl”,...
© 2012 - 2019 The Protocity.com. All rights reserved.
Back to top