While gender equality is increasingly being taken into account within in a variety of sectors in modern society, it has been suggested that less emphasis is being made in respect to its importance within transport. As population levels grow and climate change consequences continue to amplify, sustainable transport systems are increasingly crucial for contemporary life and development. It is of critical importance that gender equality is integrated into these advancements. However, the World Bank noted in 2006 that transport infrastructures have traditionally been oriented towards the male gender, “with little attention appearing to have been paid to women’s needs in transport”. Consequently, this has led to the creation of transport systems which do not consistently cater for the needs of female residents.

As discussed by several of the 20th century’s most prominent feminist scholars (including Caroline Moser, Susan Fainstein, and Jane Jacobs), our societies have been continuously gendered in that women and men navigate contemporary life in vastly different ways. Principally, this is due to the requirements of capitalism and can be closely linked to the Fordist era. To accommodate the traditional working man, who has classically had more access to a car than women, capitalistic ideals shaped transport systems to be constructed for men, by men. Road networks designed throughout Fordist times principally provided infrastructure to travel directly from suburb to central areas. Primarily, these networks catered to cars, although public transit also existed to a much lesser degree. However, such transit was generally limited to business hours only. Thus, there was less provision for those who required short, intermittent or across town journeys, to access schools, family, shopping districts, religious institutions and so on. Consequently, such transport networks often remained unsuitable for women, many of whom undertook multiple roles and required more sporadic and intermittent journeys without access to a car.

I recently carried out a year-long research study, which effectively sought to discover if gender inequality in transport was still a relevant issue for modern society. I focused the study on two western European cities: Amsterdam and Belfast. Despite recent sustainable movements, the focal mode of transport within Belfast remains the car. Amsterdam, on the other hand, presents a much more environmentally friendly transport system. Affectionately known as the world’s most bike friendly city, Amsterdam continually pushes for sustainable transport, both public and private, throughout the city. While there has been significant research carried out in the general field of gender equality within Northern Ireland, less research has taken place within the field of transport. Similarly, in Amsterdam, the key focus of research concerning transport has been in regards to sustainability. As such, the study attempted to delve into a lesser researched area of contemporary city life.

Each case study offered an extremely diverse approach to transport. While one city focused on continuously enhancing sustainable means, the other appeared inherently doomed with an over dependence upon the car. As such, once I gained a solid understanding of each city’s transport network, I posed the following hypothesis: Does a transport system containing an extensive emphasis upon sustainable transit contain greater gender equality? 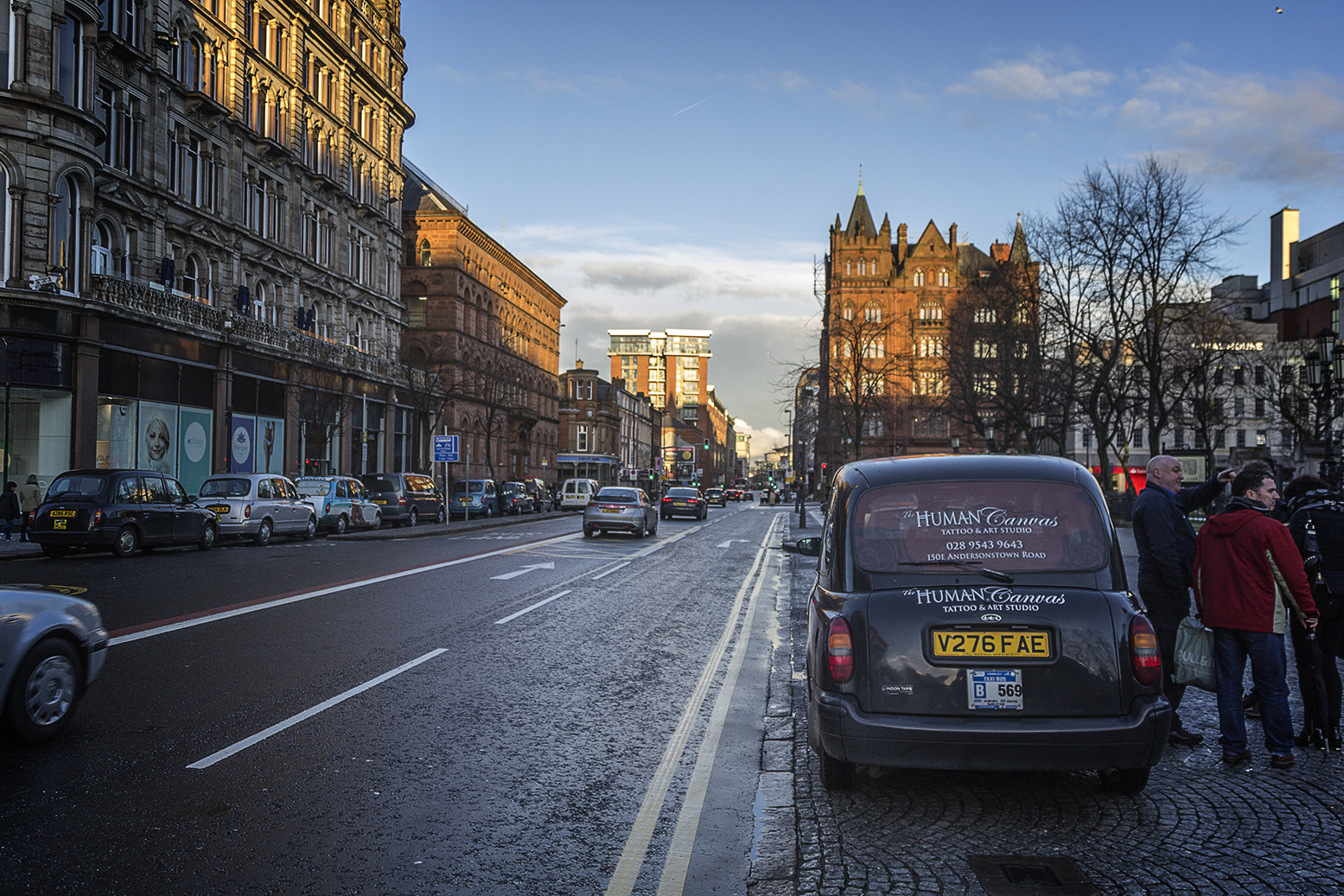 Belfast’s affinity with the car stems back to the 20th century and continues into contemporary times (Photo: Rodrigo Silva/Flickr)

Following an analysis of the collected data, there appeared to be a great level of gender awareness integrated into Amsterdam’s transport system. Gender usage emerged as being relatively equal within all transport modes, while it was particularly interesting to find that there are slightly higher levels of female cyclists in comparison to men. In general, around 35% of all city-wide travel by local residents is via bicycle. This included a 51/49 female-to-male ratio. Something which, in the context of Belfast, is a remarkable figure. As Jeroen Grooten, a head researcher at Gemeente Amsterdam, informed me in an interview: “the main reasons for such high levels of female cyclists usually relates to safety. Both safety in numbers and safety due to the cycling infrastructure. It is also probable that the cultural upbringing of cycling in Amsterdam has played an important role in the high quantities of female cyclists that we see.”

Subsequently, it became clear that the Amsterdam’s transport system is remarkably aware of female travel needs and there is no indication of a bias towards the male gender. A content analysis of the city’s transport policies revealed no direct or indirect links to gender inequality or aspects of favouring to build networks to benefit the working male. Instead, there were consistent references to ideas of gender equality and awareness of the varying transport behaviours of city residents. The importance Amsterdam’s Department of Urban Planning placed upon creating “custom environments for all city residents” highlighted this.

In contrast to historical suggestions about gender inequality in transport, Amsterdam places emphasis upon a transport system which links all areas of the city. As such, central and suburban regions have an array of public transit to utilize, ensuring across town travel is possible in almost all districts. It became clear that two focal reasons had led to high levels of gender equality integrated into Amsterdam’s transport system. Firstly, a high level of financial importance placed upon continuously improving transport throughout the city; and secondly, a high level of female representation at the decision making level of the transport, planning and political sectors. 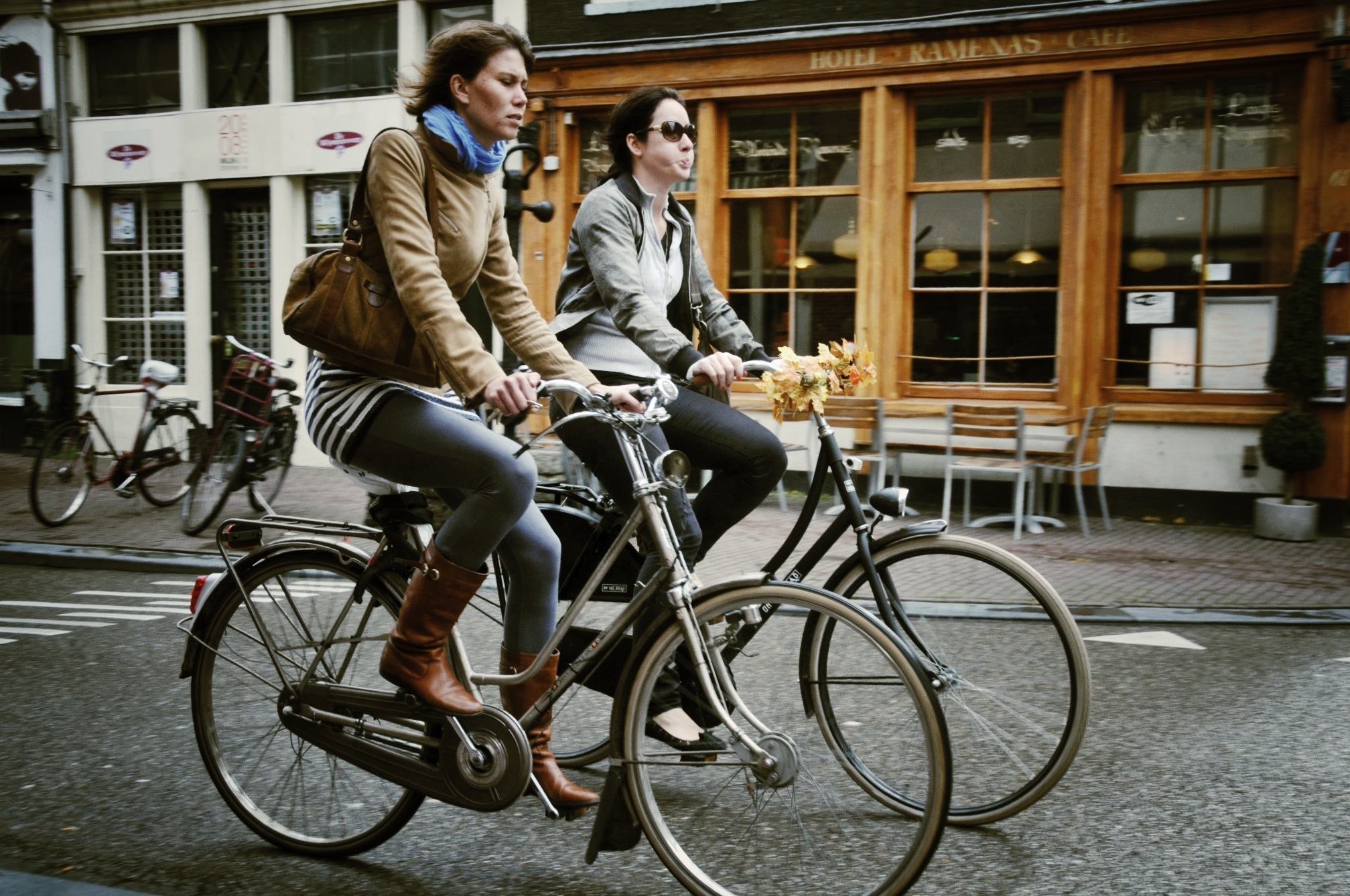 In regards to Belfast, there appeared to be a clear lack of sustainability integrated into the city’s transport system. This has been a long standing issue and has consequently led to several concerns regarding gender inequality and a lack of recognition for female transport needs. In particular, there is a clear dominance of the car throughout the city. In effect, public transit and cycling have become modes of secondary importance, both in terms of usage levels and in regards to funding.

This is an issue seen throughout the nation. While Amsterdam has been said to hold a cycling culture, it is clear that Northern Ireland contains a car culture. Upwards of 30% of journeys less than one mile are made by car and 85% of journeys from 2 to 5 miles are also made via the same mode. This would be inconceivable for many Amsterdammers, who would cycle nearly all short distance journeys. In line with historic assumptions, there remains a male dominance of drivers within Northern Ireland as well. As of 2013, 83% of males over 17 years of age had a full driving licence; in comparison 71% of females. When it comes to cycling in Belfast, only 6% of daily journeys are made via bicycle. There is approximately a 2:1 ratio of male-to-female cyclists, with 66% of those being male and only 34% being female.

It was also interesting to note that there is a significant male dominance in regards to employment within the transport, planning, and political sectors, something that was not found in Amsterdam. Consequently, there is a considerable under representation of female transport needs at the decision-making level. Similarly, the city’s transport legislation appeared to advocate the continued enhancement of road networks and parking throughout out Belfast, ensuring that the car will remain as a dominant mode of travel. While results from two neighbourhood surveys carried out highlighted female feelings of confinement in regards to mobility, due to expensive and inefficient public transit, aligned with their lack of access to a car. Sustainable methods are improving, however, and the introduction of the rentable Belfast Bikes system in 2015 is certainly a step in the right direction. The challenge is to make cycling into an everyday form of transport within the city, which all residents can feel safe and comfortable to use. 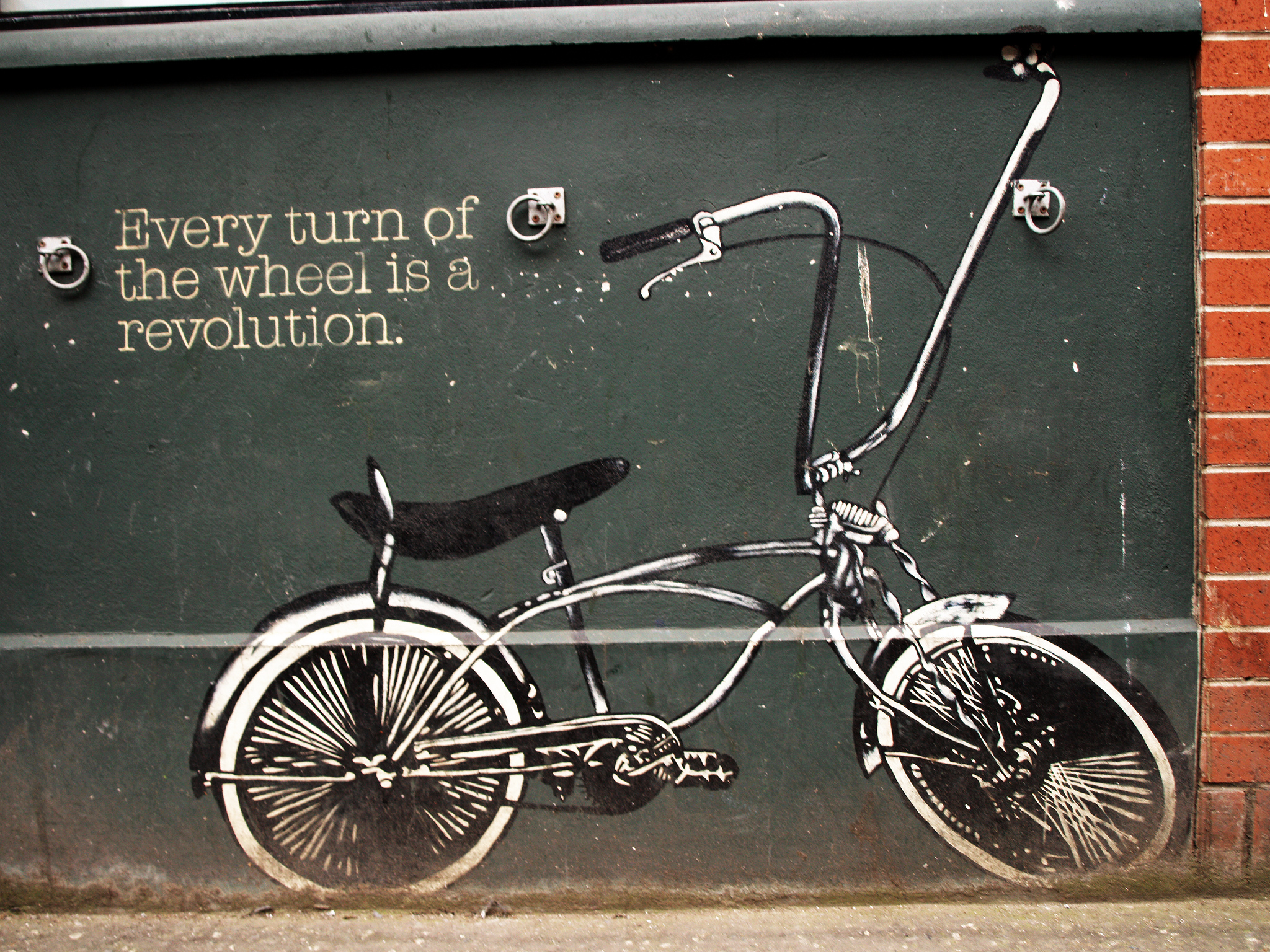 The bicycle revolution is on the up in Belfast and every turn of the wheel counts (Photo: Perica/Flickr)

It appears clear that, in the cases of Amsterdam and Belfast, a transport system containing an extensive emphasis upon sustainable transit does contain greater gender equality. Unless an efficient and affordable public transit system is put in place, aligned with a competent bicycle network, many citizens (particularly females) will continue to be constrained in regards to their mobility. The feedback that I received from female members of the public, particularly in Belfast, emphasised this point. Gender equality must be recognised as an important issue within transport planning. I would suggest that the aforementioned hypothesis is posed upon other transport systems, to examine how generalisable it is. I would hope to carry out further research within this field, so may well develop this study and hypothesis in time.

In terms of providing solutions to gender inequality in transport, the suggestions are logical, yet potentially difficult to implement. In the case of Belfast, the aim should not be to accommodate more cars, but in fact the opposite. It is important to slowly remove the car as the dominant mode of transport and encourage people to consistently walk, cycle or use public transport for daily mobility. It is important to turn cycling into an everyday form of transport, which females can feel comfortable on. The same goes for public transit in Belfast. While funding may be an issue, there must be a greater attraction to travel to and from work, school, family, and other activities by buses, trains, and trams. As Gustavo Petro claims, “a developed country is not a place where the poor have cars, it’s where the rich use buses.”

By moving towards a more sustainable system, females will have considerably enhanced opportunities for travel. As I was informed by Andrew Grieve, the head of Northern Ireland’s Department for Regional Development’s Cycling Unit, “it may be counter-intuitive, but it’s not rocket science. If you design a city for cars, it fails for everyone, including drivers. If you design a multi-modal city, it works better for everyone, including drivers.” Evidently this movement will be a slow and contentious venture in Belfast, but it is of critical importance. Amsterdam particularly highlights the benefits of providing a comprehensive cycling network and it is interesting to note the benefits it can present for females.

As Susan B. Anthony, the 19th century civil rights activist, once stated, “let me tell you what I think of cycling. I think it has done more to emancipate women than anything else in the world. It gives women a feeling of freedom and self-reliance.” 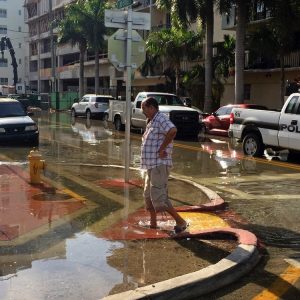 Taking a Nudge From the Insurance Industry I recently took a trip to Paris and was struck by the remnants of the long clean...
© 2012 - 2019 The Protocity.com. All rights reserved.
Back to top