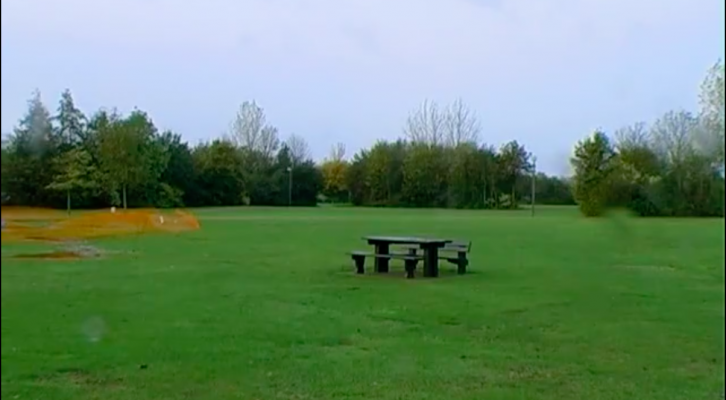 Ingo Baltes’ documentary ‘Conversations in Milton Keynes’ (2011), on life in a modernist utopia. 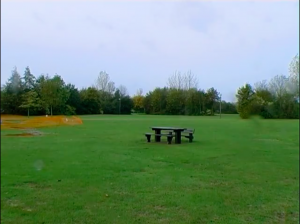 Milton Keynes: ‘We try to catch people with our landscape’

Milton Keynes is a city in Great Britain, approx. 72km north of London on the way to Birmingham. It is a city quite well known, though not for its beautiful city center or its turbulent history. Milton Keynes is known as being the biggest planned city (‘new town’) in the country, designed in the 1960s and subsequently built according to the ideals of modernism: functional separation of living, working and shopping, with a strong focus on the car as the main means of transportation. Vast green spaces with a network of paths are connecting the neighborhoods with the shopping mall, which is as well the ‘heart’ of the city, and the only lively public space.

Baltes’ documentary starts with a very personal story on why he made a movie about this city: he ended up in Milton Keynes by accident, got lost on the way from the bus stop to the ‘center’ on the search for a hotel in the middle of the night. And failed. 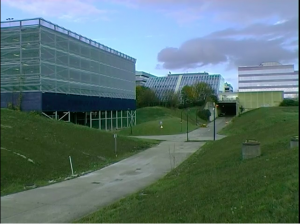 The approach chosen by Ingo Baltes to explain the viewer the particularities of this rather peculiar town is a mix between personal experiences and encounters with local residents. In the conversations with the people Baltes is able to draw a picture of the town that captures its characteristics quite well: we follow a ‘trolleyologist’ from the main shopping mall collecting abandoned shopping trolleys throughout the city, an alcoholic spending his time and philosophizing on life and the city. Not only residents are bringing forward their story; also one of the designers of Milton Keynes explains his intentions and ideals and shares his thoughts on the rather sobering result. With simple questions Baltes manages to point out what it means to live in a modernist utopia, where people don’t explain how to walk according to street names, but rather by counting: ‘Walk this path down here to the third underpass (remember the functional separation! And who would like to walk along the highway-like streets that connect the neighborhoods, anyways?), then turn right to the fourth crossing…’. Listening further to the descriptions is in a way pointless, because after the first turn or underpass, one finds herself lost in a maze of trees, shrubs, underpasses and ditches, without any markers to orient. 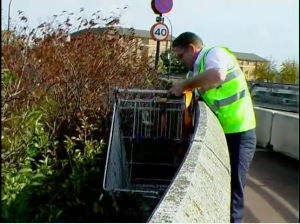 The ‘Trolleyologist’ at work, picking a trolley out of a tree 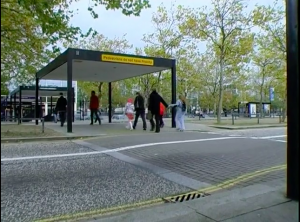 Milton Keynes: ‘Pedestrians do not have priority’

In a slow pace, but steadily ‘Conversations in Milton Keynes’ deconstructs the modernist utopia and reveals a rather dystopian city, full with cars, anxious residents, no street life and a population trying to make a good life under these circumstances. Compared to the documentary ‘Coast Modern’ presented last month, this documentary shows the ‘other side’ of modernism; less arty, but more pragmatic and sober. ‘Conversations in Milton Keynes’ catches the atmosphere of a city designed on industrial principles leaving its residents somewhere behind. What sets this documentary apart is the way how Ingo Baltes manages to transport the atmosphere of the city to the viewers. The soberness of the city is well translated in the movie thanks to its slow pace, and its sequences following one person to give them space for their story. One of its most interesting parts is the interview with the designer of Milton Keynes and his reflections on the outcome, thoughts that are rarely shared publicly by urban planners.

‘Conversations in Milton Keynes’ won several prices on various film festivals, and is shown in selected theaters since then. A short sequence of the movie is available on vimeo. 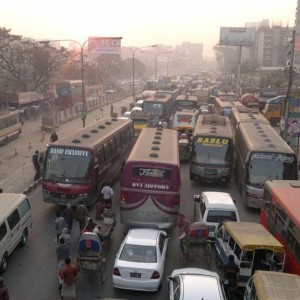 Beyond natural disasters and poverty Bangladesh has recently made the headlines of western media as a country of floods,...
© 2012 - 2019 The Protocity.com. All rights reserved.
Back to top