There are increasingly good arguments to devote less money, time and space in our cities to the privately owned fossil automobile. There is the sustainability and health argument, the livability and attractive urban space argument and now also a technological argument. The technological argument is based on two intertwining trends: the development of new forms of transportation and digitalization that makes trip tailored mobility services possible. Bike-sharing schemes are an interesting example of an alternative for relative short urban trips, with a potential huge impact on the livability and sustainability of cities. It is not surprisingly that many cities, including Palermo, have adopted this solution as an alternative for the car. It is even likely that shared bikes are the most rapid growing urban mode of transport worldwide according to this study from the United Nations.

Despite the technocratic logic behind the bicycle for short trips, local societal and cultural norms can prove to be rigid barriers for success of bike sharing initiatives. It is interesting to observe this endeavor in Italy where in cities like Palermo, the car remains the main mode of transportation with up to 74% of the model split. But coming from a mafia war zone in the 90s, Palermo has shown great capacity to change, adopt and improve. In this light, the new bike-sharing stations can be seen as one of many new signifiers of a new era. And Palermo is not alone. Almost every Italian city of reasonable size has opted for new bike infrastructure and bike sharing to speed up the transition towards fossil and emission free urban transport. At the same time, most Italian cities are still the décor of an impressively robust car culture that is not changed overnight.

Looking at the numbers, Italy has a major challenge ahead. In 2016 the country has the second most cars per inhabitant in the EU, just after Luxembourg. And in recent years, there are ambitions formulated both nationally as in many municipalities to decrease car ownership including funds to support alternative modes including bike infrastructure and bike-sharing schemes. Due to technological development and new digital infrastructures (apps, booking schemes) bike sharing systems become more viable as an option to end-users. This blog post focuses on Palermo, with brief comparisons to other Italian cities.

At first glance, Palermo has great potential for urban cycling as it is a dense city, reasonably flat and most destinations are within cycling distance. The study of Pina et al found that Palermo has been investing in new bike infrastructure. Cycling lanes increased towards a kilometer per 10.000 inhabitants. Compared to other Italian cities this is still marginal, but coming from almost no infrastructure the growth is still significant. The rise in cycling infrastructure is paired with a new bike-scharing-scheme ‘Bici Pa’. It is a docked system with stations around the city. 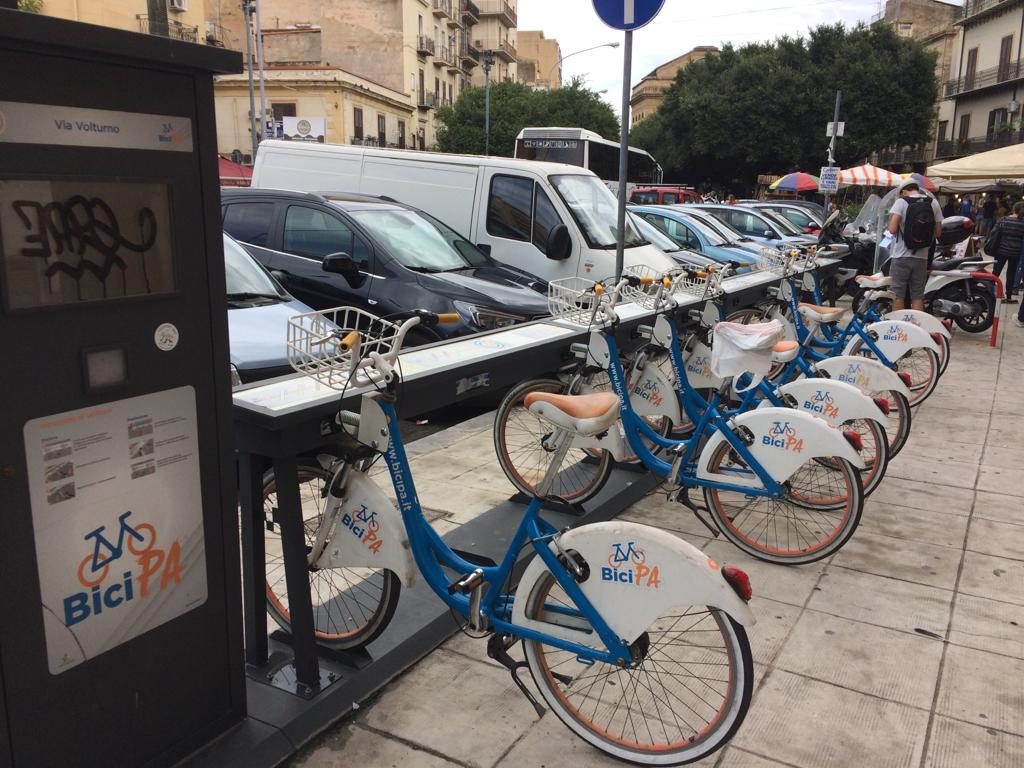 In a city where inhabitants have always relied heavily on their private car, promoting alternatives requires a major cultural shift. Arguably, the increase in bike paths and a bike sharing scheme has been too incremental to have an impact. The amount of shared bikes per 10.000 inhabitants is a merely 6.19 (for instance, Turin has 70 per 10.000 inhabitants) and also the docking station density is limited. Furthermore, some of the stations are not functional due to vandalization, as the one in the photo above. It is arguably not enough to convince people which are open to cycling but hesitant to be a pioneer.

The new bicycle lanes have been added to existing streets, giving a slice of street space to cyclists. It is questionable if this is enough to give potential cyclist the comfort and feeling of safety and respect to break with the car culture. The current marginalized cycling lanes with narrow demarcations on sidewalks and numerous obstructions might even give the opposite signal to its inhabitants. The car culture is especially visible as parking on cycling lanes is the norm rather than the exception. As a result, the few pioneer cyclists are not taken seriously by other road users. The practice in Palermo is that it’s drivers are still careless. 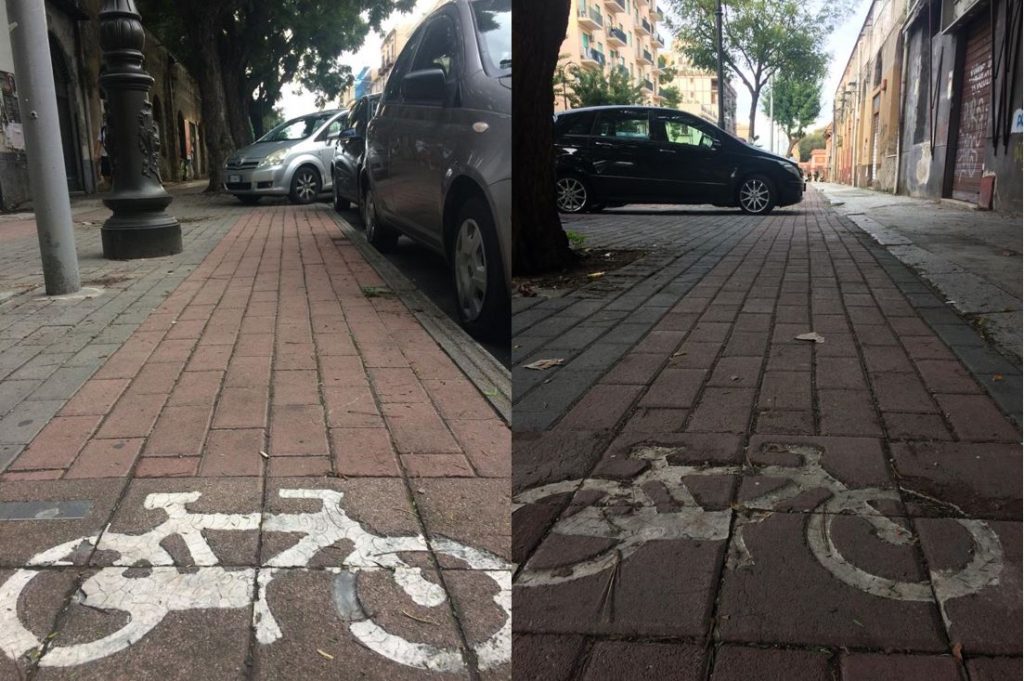 As a counterpart to Palermo there is the beautiful city of Syracuse, also on Sicily. The old city district is pedestrian friendly and great to walk and cycle. As Italian cities go, this part of Syracuse is a heaven for tourists. While the rest of the city is more car orientated, even there are decent sidewalks and cycling lanes. Syracuse tried to go to the next level by introducing an electric bus system and bike-sharing scheme. At the time of arrival (fall 2018), neither was operable. This is remarkable as distances are generally short and the bike could be a serious alternative for the car in the city. Especially as car usage is constrained heavily in the old city. But the bike has not taken root. As part of the ancient city, you can now encounter bike ruins: the docking stations that once were are no more. This should be a warning for Palermo: promote cycling more seriously or end up with cycling relics. 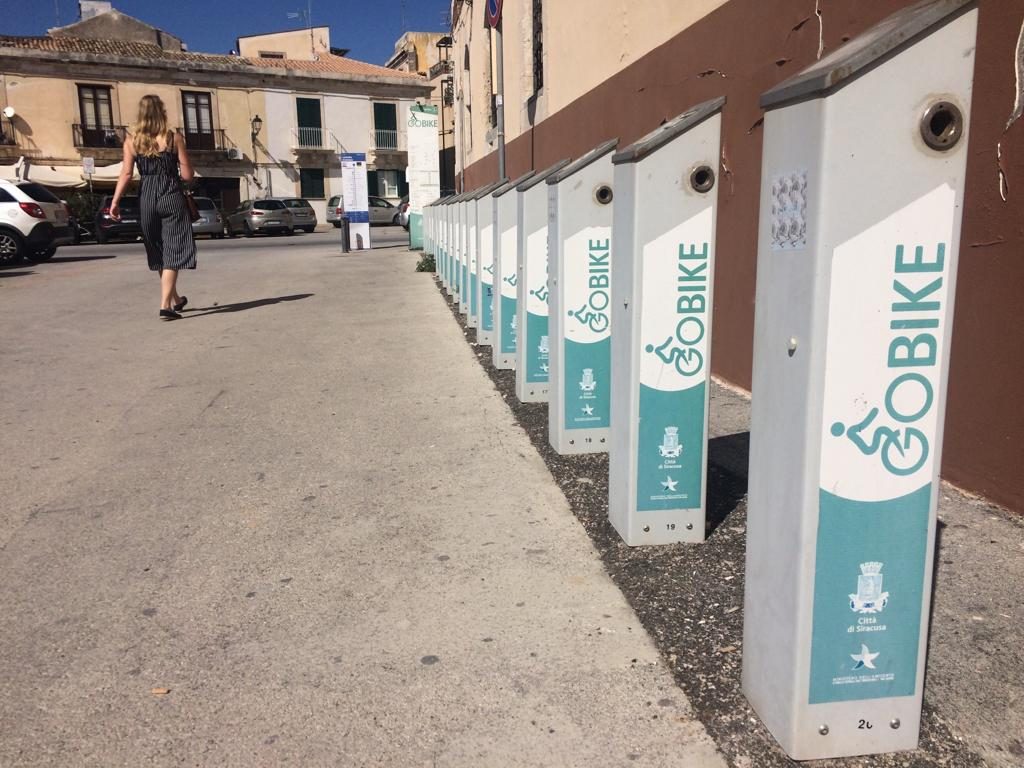 Milan also invests in bike infrastructure and has a bike sharing scheme. The big difference is that the scheme is actually used, with the bike accounting for up to 6% of the modal split in 2013 compared to 36% for the car. Palermo has only 1% cycling and 78% (!) for the private car in 2015. Another major difference: parking is expensive in Milan and congestion can be a time consuming endeavor. So the ‘stick’ to use the private car is evident in time and expenses. Furthermore, the bicycle works as a great extension to the subway that together provide for a door-to-door intermodal travel experience. Also the ‘carrot’ seems more effective. The city has invested in car and care free cycling lanes that get you from one part to from the city to another. In conclusion, the combination with existing public transport, serious cycling routes over longer distances and policies to constrain the private car are measures Palermo could still adopt. 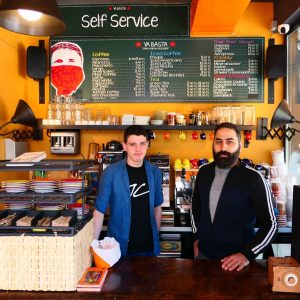 The story goes that the Western world discovered coffee after the Turks abandoned the siege of Vienna in 1683, retiring in haste...
© 2012 - 2019 The Protocity.com. All rights reserved.
Back to top