Amsterdam goes by many names:

One would mention it as the free haven for drugs and sex, with joints and red-lit houses everywhere. Another would think of its fetishism for cycling through the city, the wonderful canals and its weird city scape. Also culture in terms of a historical centre, and many contemporary art exhibitions could come to the fore. And a few would describe it as a cosmopolitan city that has always remained a little town. Children can still play outside, and there are no physical signs of exclusionary gated communities as what happened in so many other post-industrial cities.

But what perhaps says most about Amsterdam is the fact that all these different descriptions exist side-by-side and meet each other in the city. And how better to describe that notion of tolerance and diversity by showing a space where these can be seen together: where religion, youth, sex, drugs, and culture reside at just one spot. I am talking about a space where in one blink of an eye, you can see Amsterdam. I am talking about one square only: Oudekerksplein. 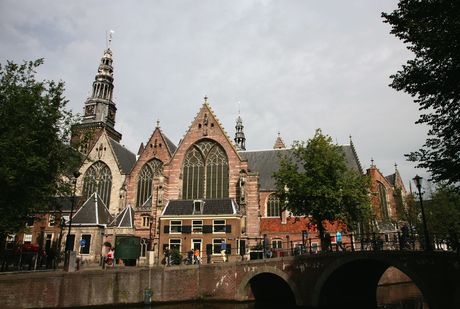 In the middle of the Red Light District, next to the canal Oudezijds Voorburgwal, there is this little square. A big church is placed in the middle: de Oude Kerk. Although nowadays not used as a Christian church, it still holds the symbol of the power that once was ubiquitous: Amsterdam is a fundamentally confessionist city, that during the Golden Age expanded its territory under the guise of the Dutch East Asia Company (VOC) and West India Company (WIC). Today, it functions as an exposition hall, facilitating, for example, the World Press Photo exhibition every year.

Next to this wonderful building there is a coffeeshop. People try their best to come up with new worldbreaking insights as they go along and smoke another joint while losing the thoughts as quickly as they popped up. Five stores to the right there is an Irish pub, showing the passing crowd the possibility of getting drunk at 11 in the morning. If one is not eager to watch (or hear) loud Englishmen, one can divert its look a little bit more to the right. On the northern side of the square, a kindergarten appears. Mothers on bikes bring their children in the morning, go to work, and collect them in the afternoon. Every time, they pass the direct neighbours of the kindergarten: red-lit windows. Some exotic women giving desperate men fifteen minutes of pure relaxation. 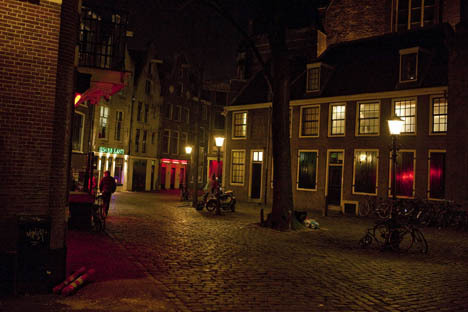 This square just has everything. Everything which resembles Amsterdam. It is a remarkable interplay of different institutions, life styles and worldviews. If one really wants to describe Amsterdam in one word and in one place, there is only one option: Oudekerksplein.

I wish you had given us a better understanding of how all these uses co exit in close proximity. You think it is a place where new businesses would locate or even people would want to live? I am from NY City, We got rid of our sex shops in times square for a different kind of porn with big signs called Disney and Nike peddaling their stuff. What I am trying to say is that after reading your post I was left with a desire to know more from a planners perspective. Thanks. I appreciate your blog and will follow it in the future.

This Plan 1012 is certainly a threat for the diversity of the neighbourhood itself. I would say that yes, businesses and people generally want to be located anywhere within the Grachtengordel (the canal belt), including around the Oudekerksplein: the fact that a kindergarten is directly next to some of the windows is pretty much a testament to this.

It’s funny that you mention the commercialisation of Times Square, as I think it’s no different from the Red Light District in that regard. Both neighbourhoods are major tourist draws as opposed to a place of interest for the locals. They may not be our favourite parts of town, we may avoid them like the plague, and we may be continually confused as to why they’re a tourist attraction in the first place. But the fact of the matter is the visitors keep coming in droves, so there’s a desire from city hall to mediate these spaces in a way that attempts to reinvigorate the area for locals (e.g., the pedestrianisation of Times Square, Plan 1012’s aim to integrate more of the cultural/creative economy into the Red Light District) while still maintaining the tourist interest.

Thanks for the nice comment and the special interest in the dynamics within Amsterdam when it comes to urban planning. Indeed, this article was not so much about getting the urban planners view on the topic, but rather wanted to give an observation of how Amsterdam reveils itself on the city/streetscape. With regards to the Oudekerksplein, i’d say the situation is quite peculiar. One of the reasons it is possible that these businesses are in close proximity, is that these massively differing industries have always been there and the tolerance of difference is quite high. However, in terms of urban planning the Amsterdam government are trying to reduce the red-light businesses, as is well illustrated in this short bbc video: http://www.bbc.co.uk/news/world-europe-18723756. Having this so-called ‘Plan 1012’ (named after the zip-code of the area), makes us question if the Oudekerksplein will keep its diversity. The government wants more people in (residential) and more high-end businesses. You might want to look into the rationale the government uses to redevelop this area in their brochures (several are in english). You can go to this website (http://www.amsterdam.nl/gemeente/organisatie-diensten/sites/project_1012/1012/overig/publicaties-0/brochures/) and have a look at the -‘brochure 1012 Under Construction’. Of course, it is a complex matter as it beholds a significant area of the Amsterdam centre and the discussion is ongoing. Im happy to discuss more about it and interchange thoughts on the urban practices in New York and Amsterdam. Im sure colleagues of mine would feel the same. Cheers. 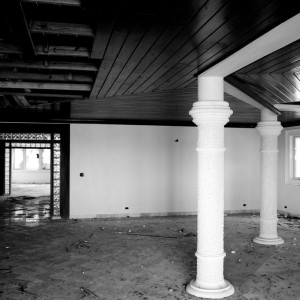 The Caribbean tax haven. A phenomenon that results in countries with more companies than residents and expatriate communities...
© 2012 - 2019 The Protocity.com. All rights reserved.
Back to top