I asked friends and colleagues what they thought of when they thought about cities, wanting to know what urban meant to them. I reached out to them via Facebook and heard both physical and emotional responses to what a city is. Physical descriptions ranged widely from buildings and physical infrastructure, and crowds of people to availability of diverse goods and services, and mass amounts of traffic. Emotional descriptions included words from opportunity, excitement, and mayhem, to chaos, transformation, and risk.

Cities are made up of more than just physical infrastructure – the people and their feelings towards the spaces where they live contribute. If emotional responses to being urban are just as important, how does the peri-urban fit into these descriptions and what might that might look like in Vietnam? 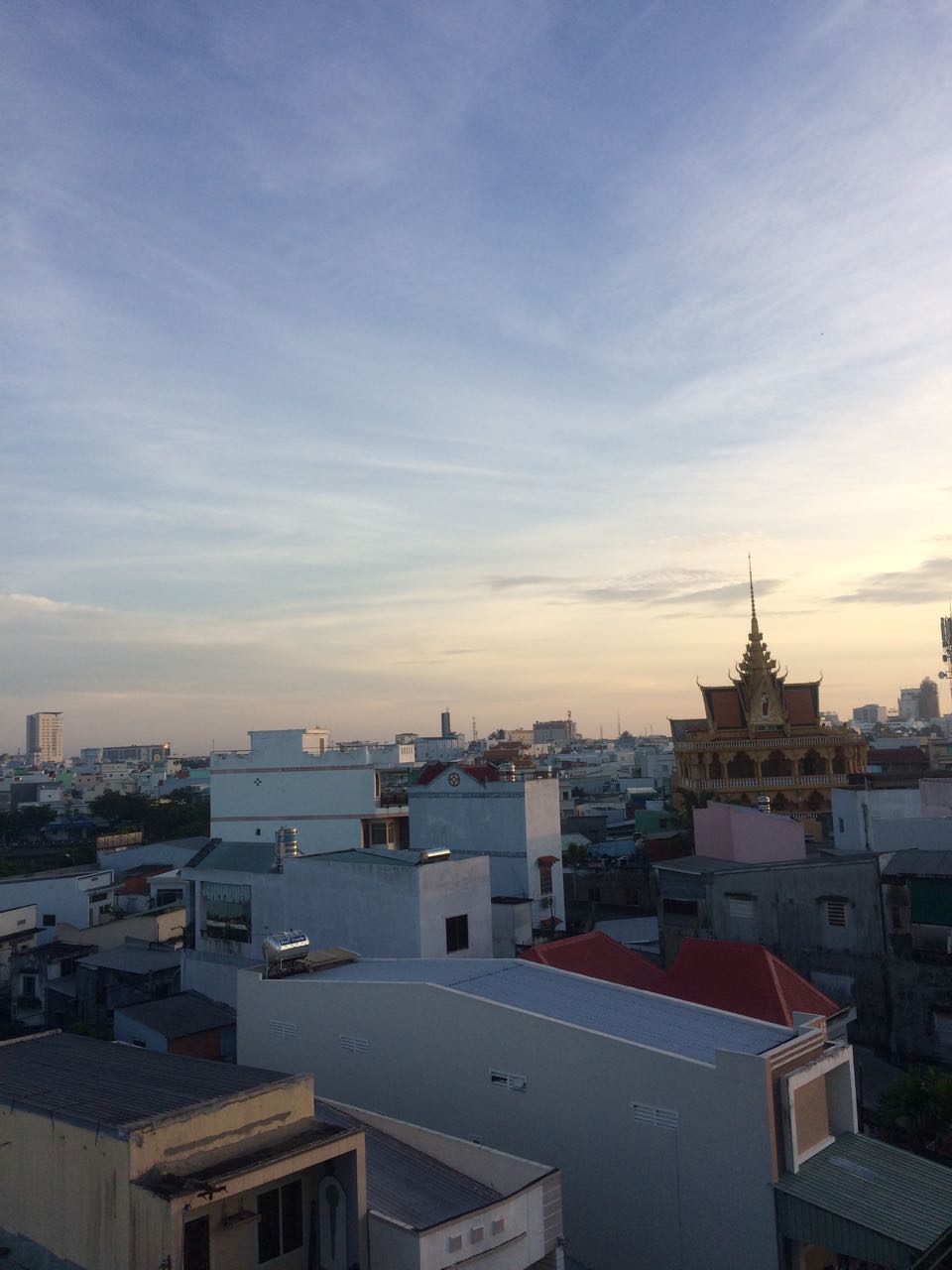 Cần Thơ is a Mekong Delta city of 2.1 million people – the fourth-largest city in Vietnam – and yet driving between, and even within, the different districts sometimes feels like I am passing from one small town to another. If you really think about it, then, what is a ‘city’? Where is that line that distinguishes it from the countryside in the way you would see it on a map? The idea that a distinct line exists separating the urban and the rural is problematic. It creates unrealistic images of what these spaces are, while also ignoring the space in between – the peri-urban. 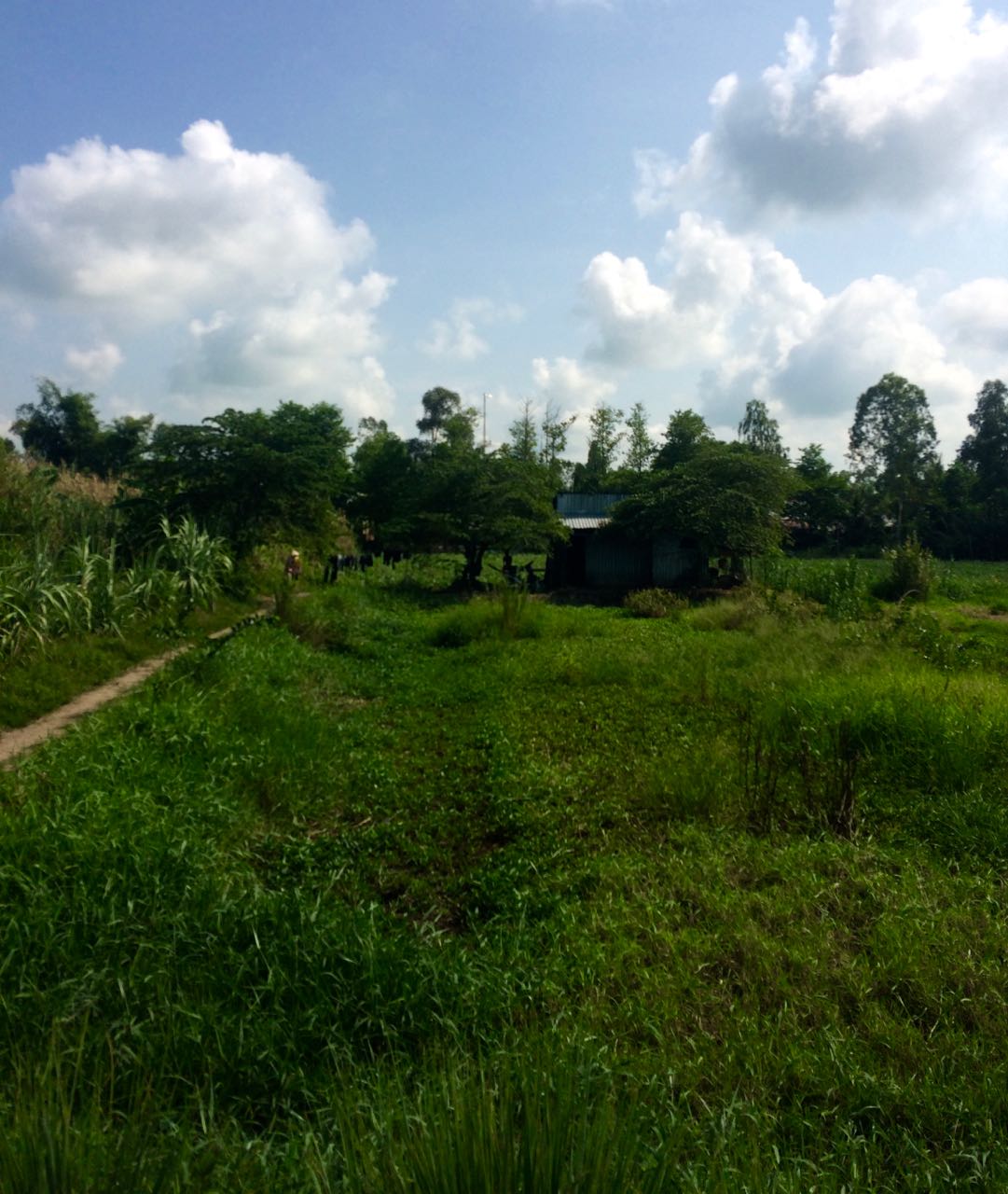 Peri-urban areas are complicated – they are described in an article on periurbanization and planning by Jefferson Fox and his colleagues as “transition zones where urban and rural activities are juxtaposed and landscape features are subject to rapid modifications induced by human activities”. These areas are often very large parts of the national landscape and face unique problems from pressure on resources and uneven or lack of access to services, to the loss of agricultural land.

These pressures are due to contrasting and conflicting demands on the landscape – residential, industrial, agricultural, and commercial. They sometimes look like busy roads and store-fronts next to fish processing factories dumping fish blood into the river that runs nearby, or motorbike-only alleys with houses cramped together and rice fields as back yards. Academics like Chuthatip Maneepong and Douglas Webster, who wrote about peri-urban areas in 2008, agree that they typically do not fit into the categories of ‘urban’ or ‘rural’.

My research is located in these peri-urban areas. Traveling by car or motorbike back and forth to my research sites in various districts of Cần Thơ can, at times, feel long and arduous. We weave through honking cars and motorbikes, drive through seemingly endless rice fields, and pass house after house along the roadside. Some of that trip sounds, and feels, very much like driving through a city…but also like driving through the countryside. 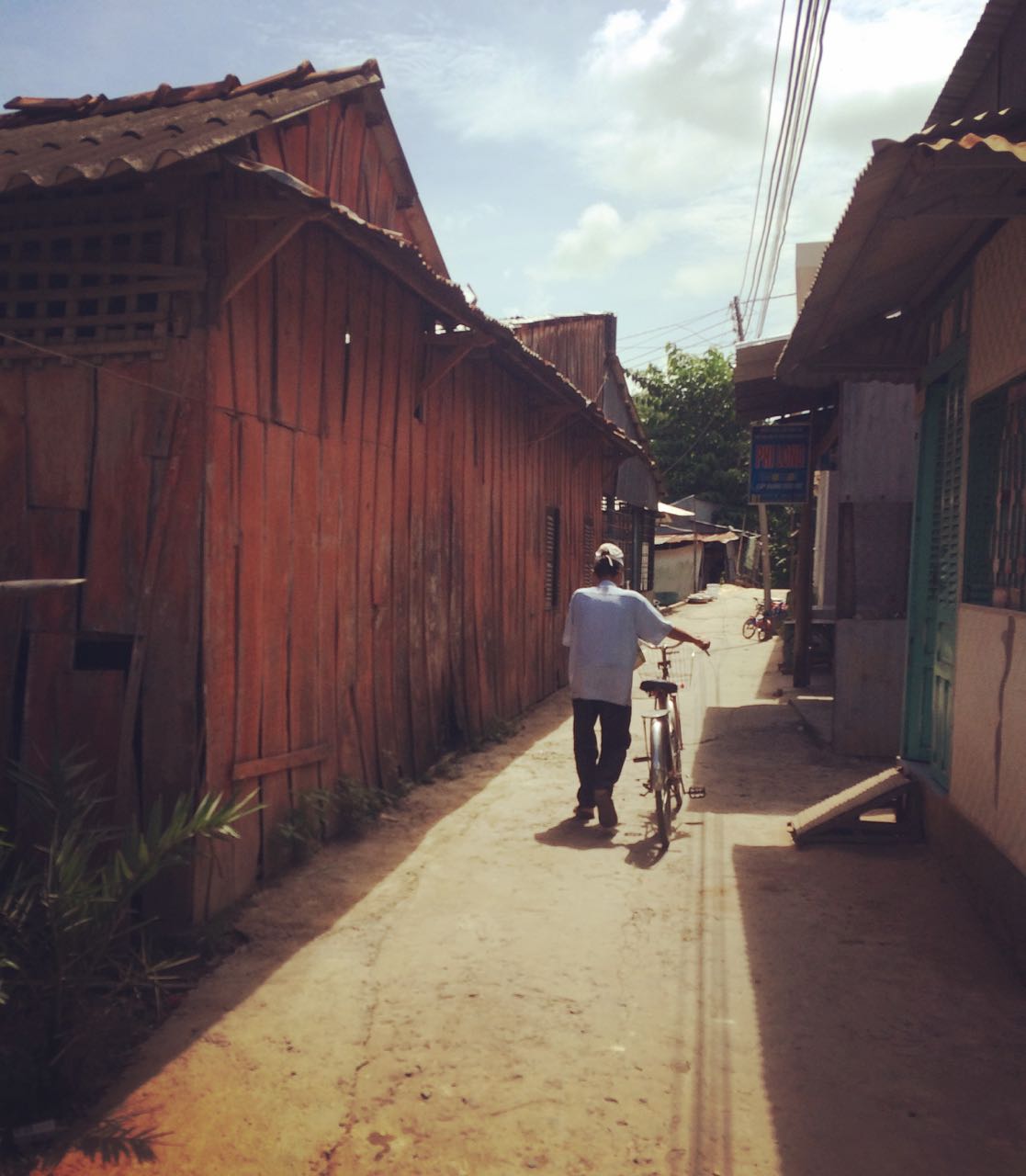 While conducting interviews, we walk from house to house along smaller roads only big enough for motorbikes. Along these same small roads, I also see Internet cafés lined with computers, hair salons, restaurants, and local shops. While the districts may not necessarily look like some of the physical descriptors of a city listed above, they do provoke some of the same emotional responses.

‘Rural’ and ‘urban’ as categories are similar to the categories of ‘inside’ and ‘outside’ – they are what Erik Harms, in his many writings on periurbanization in Vietnam, would call symbolic opposites. As explained by James Spencer, an academic working on the peri-urban transition in southern Vietnam, Cần Thơ Province became Cần Thơ City in 2000 when its municipal boundaries extended to the smaller centers of the province. What this meant for the people of Cần Thơ was improved access to the same services as the urban areas. Residents in the outer districts of the city tell stories about gaining access to water anywhere from 10 years ago to last year.

It is clear that while improvements have been made in some cases, access to resources like water is not uniform across the municipal boundaries of Cần Thơ because many more residents spoke about the hardships of not having access to piped water. Maneepong and Webster, experts on periurbanization, wrote in 2008 about how this is one of the largest problems in peri-urban areas – unequal access to resources and insufficient infrastructure. Beyond the fact that many people still do not have piped water access, those that do still use many different water sources at a time because the quality of the piped systems are often too expensive or the quality is not very good.

While there is indeed unequal access to resources, improvements are being seen and one of the descriptions of a city is access to resources. Many residents in the outer districts of Cần Thơ do have improved access to water, and if they don’t yet, they have heard that it might be coming to them in the near future from the Cần Thơ City Water Company. They talk about how they want the convenience of only having to treat the water if they want to drink it. They want to stop worrying about getting sick from the polluted river, and they want the ease of opening a faucet and having clear water.

James Spencer again explains how the company is “market-based [and] semi-privatized”, which means there are more opportunities for water to make its way to all of the city’s wards. People talk about how they have filed the necessary paperwork, have sat in meetings with the local government about getting piped water, and have been saving their money to make sure they can afford to have the pipes installed in their own homes. 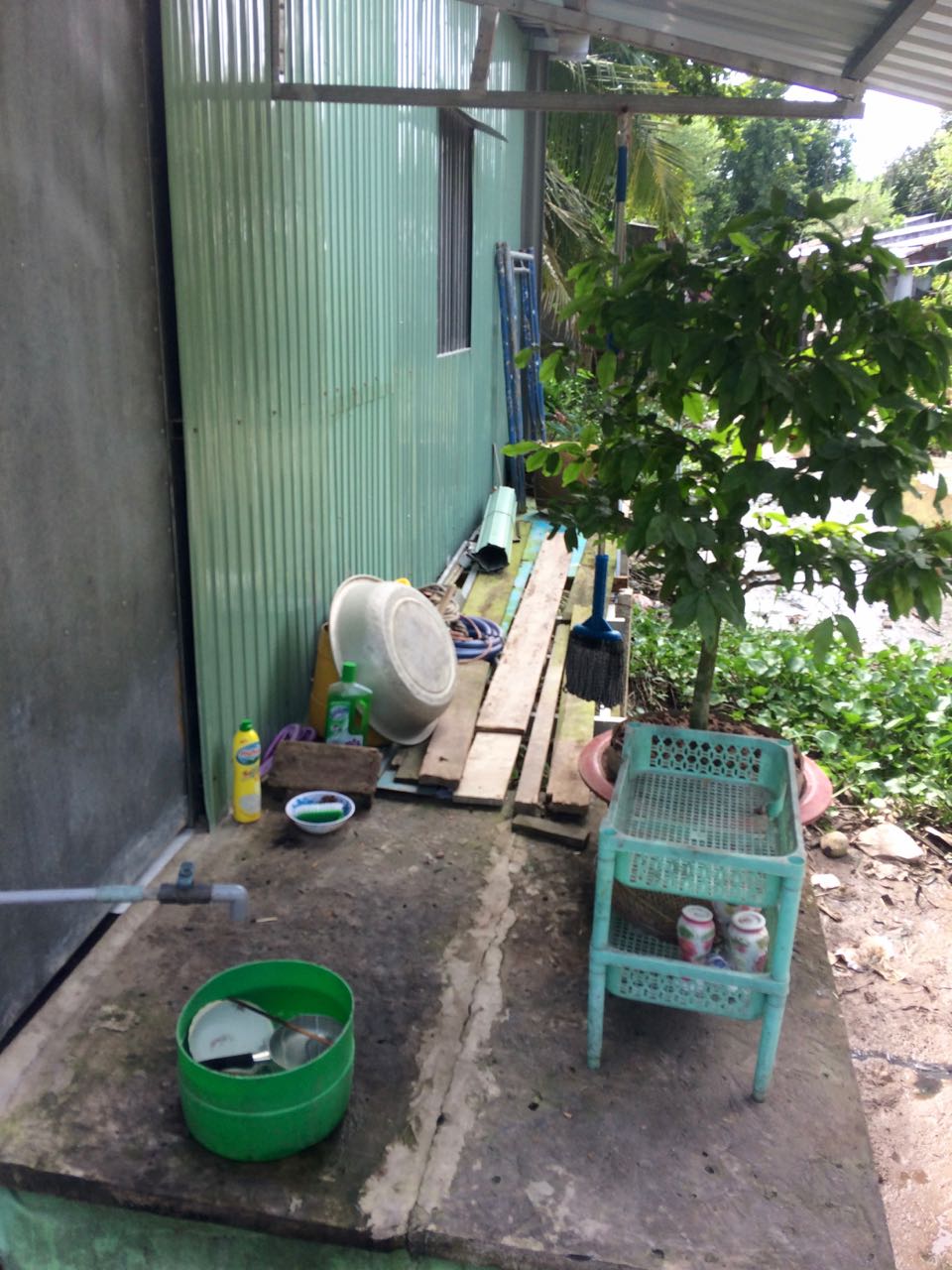 While speaking to local residents of the peri-urban districts of Cần Thơ, it is clear that it was around 2000 that they started to see improved infrastructure, increased traffic, and more people moving in and building new houses or improving old ones. Many of the residents even say that they feel like they do indeed live in a city and identify with living ‘inside’ Cần Thơ. They like that the markets are bigger and that their roads are cement and therefore much safer. People feel more prosperous and their houses reflect that as there is constant construction turning their old cottage homes into larger, sturdier homes.

If the residents feel like they live in a city, they must be onto something. They have seen improvements in access to resources, infrastructure, and traffic as increased. Are they now urban, even if their version of urban does not match what the residents of Cần Thơ’s main urban districts have?

According to Erik Harms, an academic who researches the transforming edges of Ho Chi Minh City, Vietnam, rural areas are heavily stereotyped in Southeast Asia and claim that people live in old, decaying houses, have no access to piped water and lead very simple lives farming their rice fields. In fact, the peri-urban districts of Cần Thơ have a mix of updated houses with no piped water and rice fields to older houses with piped water. This can often be seen on the same street or within the same commune. These spaces contradict the rural life stereotypes and simultaneously challenge what it means to be urban too. I appreciate how Cecilia Tacoli describes peri-urban spaces as “complex webs of connection in a landscape where much is neither ‘urban’ nor ‘rural’, but has features of both”.

Overall, the example of Cần Thơ’s peri-urban districts show that being urban is often achieved when residents feel urban. In reality there are no divides, only constantly transitioning zones.

Sarah is a Doctoral Researcher in Geography at York University in Toronto, Canada. She uses an urban political ecology and feminist geography lens to study the relationship between urban water security and periurbanization in cities of the Mekong Delta in Vietnam. Sarah's research interests stem from over five years of working and researching in Vietnam and Thailand on issues of water security.
http://ycar.apps01.yorku.ca/people/allen-sarah/ 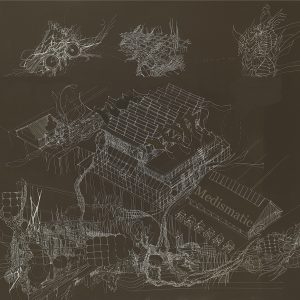 ENTERING THE WORLD OF MEDIAMATIC On the 12 of July, 2017 we visited Mediamatic for the first time. Their giant name on the rooftop...
© 2012 - 2019 The Protocity.com. All rights reserved.
Back to top