The Curious Case of Vancouver and the Urban Planner Over recent decades, Vancouver has become a global exemplar for best practice principles in urban planning and design. The city is thought to be so much of a success on the ground that Abu Dhabi has been known to be routinely poaching planners, designers, and architects for their own civic planning department. Owed in part to the surreal natural scenery that serves as the city’s backdrop, author John Punter suggests that Vancouver is truly a city worthy of its setting.

But how did Vancouver get to such a point?

The story is perhaps best told by Punter himself, who, in 2003, released his tour de force on the subject, The Vancouver Achievement: Urban Planning and Design. Punter weaves a narrative through the granting of special powers to the civic government through the Vancouver Charter, a strong commitment to bridge the gap between administrative- and design-focussed approaches to city planning, and a more distilled form of urbanism than that seen south of the border.

Something seemed to work, as scores of liveability rankings (the most recent excepted) consistently rated Vancouver as one of the most liveable cities on the planet, despite a bland architectural tradition and despite the presence of Canada’s poorest postal code. Historically, Vancouver’s planning directors have served to shape all development activities into something complete and whole.

At the start of the year, the City of Vancouver elected to fire their Director of Planning, Brent Toderian. During his tenure at City Hall, Toderian waxed poetic about the need for combining the need to increase density Downtown while avoiding the displacement of some of Canada’s most at-risk residents directly to the east, in addition to pushing for increased rental stocks in strategic locales. He was, nonetheless, shown the door, and it appears as though the City of Vancouver has no intention to replace Toderian, instead electing to reorganise the portfolio of the city’s planning directors. While the Woodward’s re-development project was approved before Toderian’s reign, the inclusion of diverse stakeholders embodies the historically integrated, if under-funded, approach to social housing. Photo: Adam Nowek

On the surface, the change doesn’t appear to be such a big deal: civic governments restructure themselves routinely in order to increase efficiency and efficacy. In the past, Vancouver’s planning and design decisions piled up on the desk of the Director: despite the presence of discretionary design review and permit approval processes, there was somehow a unity in the process. The reconfiguration places Planning and Development Services as separate from Housing, Culture, Social Development, Licenses, and Inspections.

What is evident at this point is that the final outcomes when we can pass judgment on Vancouver’s reorganisation will only become clear with hindsight. In the meantime, the change remains a significant one: Vancouver’s praises have been sung in favour of the city’s attention to a unity within particular pockets of space. In this sense, fears over Vancouver’s future are well-founded: if the chief proponents of the Vancouver model are consistently moving onto consulting positions outside of Vancouver, it is worth wondering what the future holds for the city’s celebrated model of planning.

Thanks for the link, Christopher! 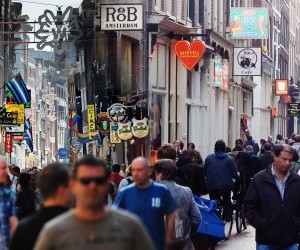 Become part of the Amsterdam Museum If you study or live in Amsterdam, it is not rare to encounter groups of tourists....
© 2012 - 2019 The Protocity.com. All rights reserved.
Back to top