Redefining the Urban Village in Baishizhou

Until recently, the story of most urban villages in China more or less went like this. Due to the rapid Chinese economic transformation since the late 1970s, rural villages suddenly found themselves on the edge of, or even in the middle of, a fast-growing city. 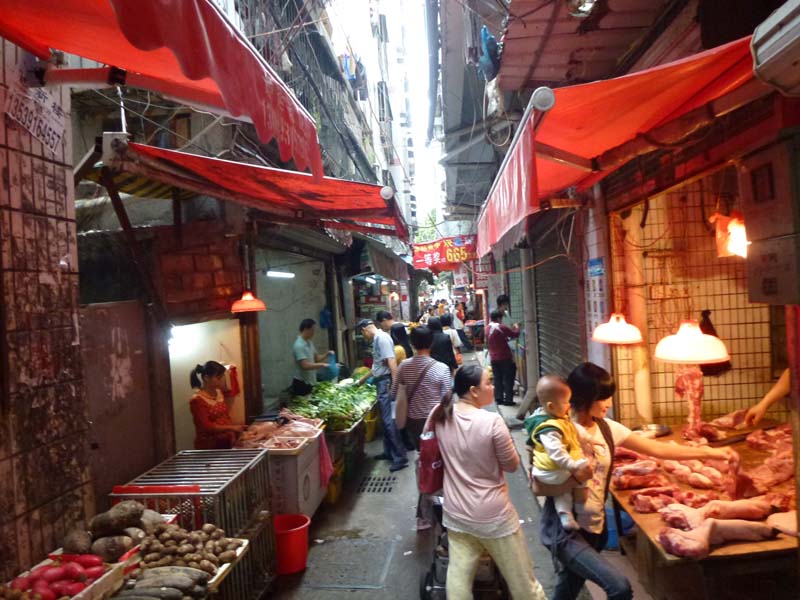 Shopping street in Baishizhou, a neighbourhood in Shenzhen

The villagers lost their agricultural land, but not their residential space, and were allowed a limited form of self-governance in village committees. Meanwhile, millions of migrants moved from the countryside to the fast-growing cities to find jobs in industrial mass production. Looking for new means of subsistence, offering affordable rooms to these rural-to-urban migrants soon became an attractive option. Most of these rural-to-urban migrants had nowhere else to go in the city since they had no right to rent a room in the ‘formal’ urban housing market. This is because of the Chinese hukou (戶口) system, giving people several rights in their place of birth and refusing them these rights in the place they move to later. So, the rural villages became urban villages: villagers built additional stories on top of their dwellings or constructed new high-rise buildings, replacing their village houses. 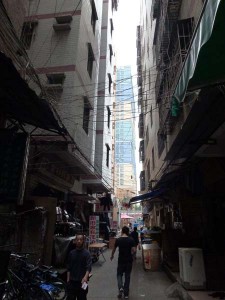 Many large Chinese cities have urban villages, but nowhere are as many as in Shenzhen: about 230 according to a recent estimate. That Shenzhen is the number 1 urban village location is not surprising: after all, about 30 years ago this area was farmland, with rural and fishing villages and a few small towns. While some of the villages have since disappeared, most of them are still completely or partially there. Shenzhen’s central city government has made rigorous plans to get rid of most of these urban villages, but so far, this has only happened incidentally. Large-scale demolition would create a huge problem, since there are virtually no affordable housing alternatives in the city and they currently house millions of people. The village committees governing the urban villages would ask for huge financial compensation for giving up their villages, which are not only residential places but also vital local economies. 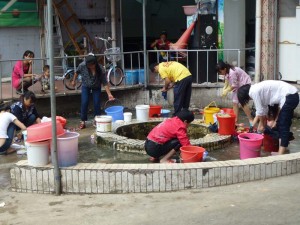 Comparative studies of urban villages have meanwhile clearly demonstrated that the above is an overly generalised story. Urban villages come in different shapes and types and they are definitely not static entities, as Pu Hao has shown in his recent PhD research. Migrants constantly come and go and the newer migrant generations are quite different from the older migrant generations in terms of education, future perspectives, and ambitions. The socio-economic changes of Shenzhen as a whole also have a huge impact on the urban villages. Most impacted are those urban villages located in the most central districts of Shenzhen: Nanshan, Futian, and Luohu. Many industrial mass-producers have recently moved out of Shenzhen’s city centre towards the city edges, to other Chinese provinces, or even out of China. Shenzhen is no longer the low-cost paradise it used to be for these companies: it has become crowded and congested, space to expand is scarce, and factory workers have successfully claimed higher wages and better working circumstances.

Moreover, Shenzhen’s city government wants to develop a 21st-century economy in which creative and knowledge-intensive industries should play the leading role. This has a direct spatial impact on former factory complexes, as Adam Nowek has shown for the creative cluster of OCT-LOFT; but indirectly it also has spatial, social and economic impacts on the urban villages. An extreme example of an urban village that does not fit in the traditional urban village story anymore is Baishizhou in the district of Nanshan. Baishizhou, in fact an area comprising five adjacent urban villages, is located in-between a high-tech industrial park; a golf course; the theme parks Window of the World and Splendid China; Shenzhen University campus; and the high-end apartment and mall complex of Portofino, a typically Chinese imitation of Europe that popped up in many Mainland Chinese cities during the 1980s and 1990s. It is next door to Shennan Avenue, the main west-east traffic axis of Shenzhen, and close to two metro stations. Demolition and redevelopment plans are being prepared for this area for decades already, as it is obviously one of the prime development spots left in Shenzhen’s central districts. Somehow the urban villages of Baishizhou have managed to survive so far, though redevelopment plans now seem to become serious and concrete (Mary Ann O’Donnell’s blog, Shenzhen Noted, provides a detailed account of Baishizhou’s current state and future perspectives). 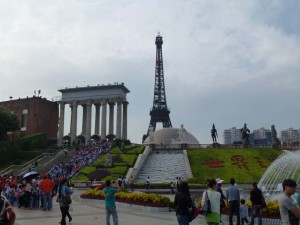 Two of the immediate neighbours of Baishizou: Window of the World theme park… 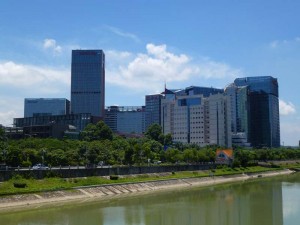 Developers, urban designers, and the city government might argue that, with factories moving out of the city centre, there will be less need for the affordable rooms offered in the urban villages. After all, weren’t rural-to-urban migrants working in these factories the main target group of those cheap rooms? Meanwhile, new target groups for these affordable rooms have appeared in several urban villages and especially in Baishizhou: students, recent graduates, starting artists, people working for creative companies, and others that in Chinese media are often described as ‘the ant tribe’. They face the same problem as the migrant factory workers faced before: one of the few places they can afford is a room or a shared flat in an urban village. An additional argument for a place like Baishizhou is that their workplace is often close by. In my recent research of housing situations and preferences of creative workers, I interviewed several respondents that either lived in Baishizhou themselves, or knew colleagues, employees, or friends living there. Two architecture companies involved in the New New Towns research project of the International New Town Institute, Urbanus and NODE, confirmed that many of their starting architects and interns lived there. Moreover, in a recent master’s thesis completed for the Urban Geography programme at the University of Amsterdam, Maurice Veeken interviewed migrants in Baishizhou about their housing situation and housing preferences. He expected in advance to mainly find rural-to-urban migrant factory workers, but in fact also found several recent migrants from other cities as well as rural-to-urban migrants not working in factories, but in architecture, design, or media companies.

The Baishizhou population is changing, and it increasingly includes people that may play an important role in Shenzhen’s efforts to become a more creative city. Next to many other reasons not to simply destroy the urban villages (e.g., there may be less factories, but there are still quite many in the city; next to low-paid factory workers, there are also low-paid workers in low-skilled service jobs; the public housing sector in Shenzhen is still underdeveloped; the hukou system remains an obstacle to migrants’ housing choices in the city), this may be a powerful new argument to develop a more sophisticated redevelopment strategy. Urban villages should not be seen as an obstacle to, but as a valuable ingredient of Shenzhen’s further development. 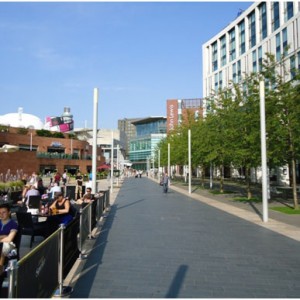 Liverpool. The city of the Beatles, the Docks and the Merseyside Derby – but also a struggling post-industrial city still...
© 2012 - 2019 The Protocity.com. All rights reserved.
Back to top